Six times there was a dream grade of 1.0 at the Gymnasium Geretsried. However, A-1 high school graduates do not have the feeling that Minister of Education Michael Piazolo gave them a “Corona-light high school diploma”. On the contrary.

Six times there was a dream grade of 1.0 at the Gymnasium Geretsried.

However, A-1 high school graduates do not have the feeling that Minister of Education Michael Piazolo gave them a “Corona-light high school diploma”.

Geretsried - This year, five high school graduates and one high school graduate graduated from the Geretsried Gymnasium with a dream grade of 1.0. But none of them has the feeling that Minister of Education Michael Piazolo gave him a "Corona-light Abitur". “Maths, for example, was definitely no easier than in previous years,” said Friederike Wimmer from Wolfratshausen on Friday afternoon after the announcement of the grades in an interview with our newspaper.

You have calculated previous exams in preparation and could not see any difference.

In addition, because no more exams were written in the colloquium subjects at the end, she no longer studied the material so intensively.

But the bottom line is that the 18-year-old looks back with satisfaction on the difficult upper school years caused by the pandemic: “Our teachers put an incredible amount of effort into it.

And at least we didn't have to be temporarily quarantined like other classes. "

The first graduate is now going on vacation to Spain or France with a few friends.

Afterwards, Friederike Wimmer would like to study something in the field of humanities.

In any case, I want to work in a team and have contact with people. "

Maximilian Becker-Platen (18) from Geretsried is the only young man with a straight A.

All courses are also open to him.

He would be interested in economics, law or physics.

Above all, astrophysics, which has been offered at grammar school for a year and in which he completed his written Abitur, appeals to him: “There is so much to research.” He would like to go to university far away from home - Heidelberg, Freiburg, Geretsrieder might like a few semesters in Switzerland.

The latter experienced her dream result exactly on her 18th birthday and thus had two reasons to celebrate.

Whether a judge, lawyer or public prosecutor - she would find everything exciting.

She got a taste for it through internships in various law firms, she says.

The high school graduate looks back a little sadly at the upper school years: “Although we were a mixed group of middle school plus and regular year, we got on well.

It is a pity that no parties, no trips, no cultural evening could take place because of Corona. "

After the announcement of the marks, the car parade went through Geretsried

Anja Kirchmair from Bairawies passed her A-levels in Spanish as the third written subject alongside math and German. She is now going to Spain and South America for a year in order to then study “probably something in the direction of tourism”. First, however, she will earn some money with a job in the restaurant business.

Lara Haunerdinger (17) from Lengenwies, also with a zero after the decimal point, was missing when the grade was announced.

Anyone who was amazed by a honking car parade through Geretsried: They weren't football fans, but the high school graduates.

Later everyone chilled by the Isar.

Some young people will take part in an organized final trip to Croatia, others will travel privately.

"We hope to be able to have a little barbecue party with our teachers at the end," says Maximilian Becker-Platen. Bad Tölz-Wolfratshausen: A secondary school diploma like in wartime? Rasso-Gymnasium: On the way to the certificate, only the weather was predictable

Math Abi: Was It Too Hard? Wave of protests against the Ministry of Culture "Can be very proud": Bavaria's high school graduates achieve the best grade average that has ever existed in the Free State Because of Corona: No more homework this school year? Piazolo announces news 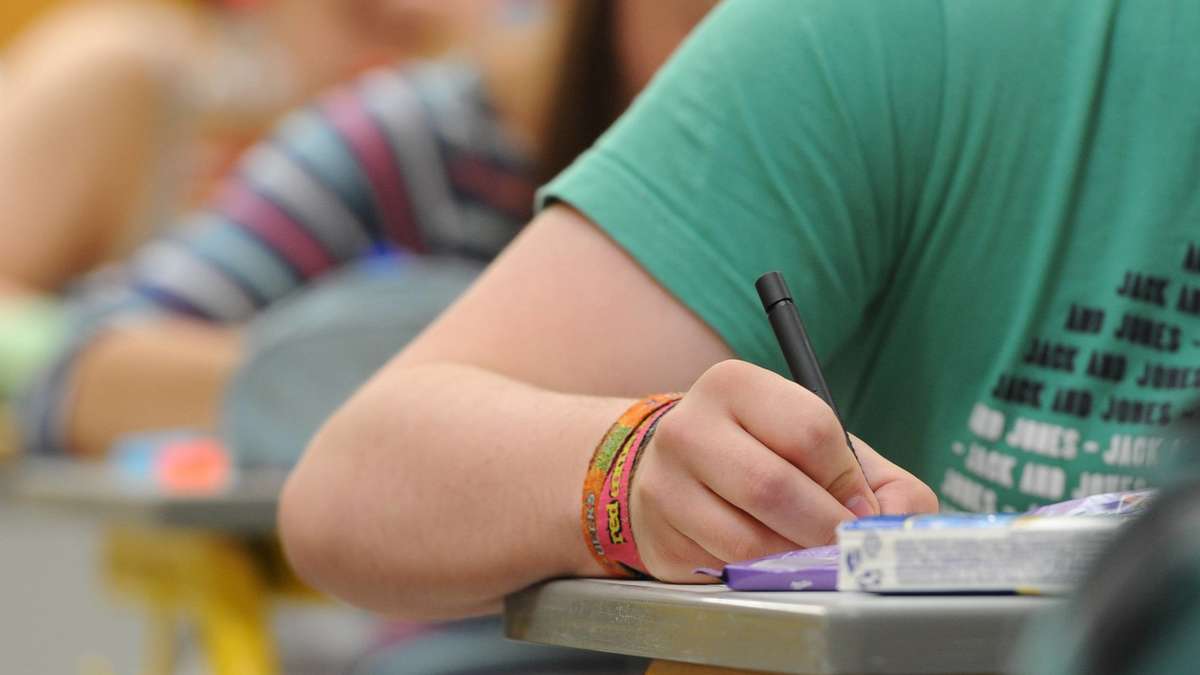 Was the math school in Bavaria really that difficult? That's what students say