This amazing fish - thought to have gone extinct along with the dinosaurs 66 million years ago - offers new surprises. 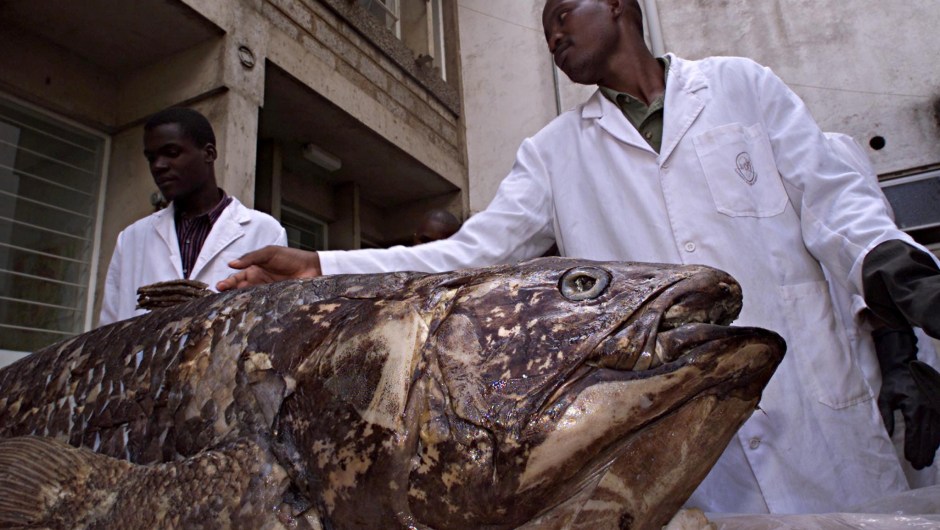 Staff from the fish studies department of the National Museum of Kenya display a coelacanth caught by Kenyan fishermen in the coastal town of Malindi, November 19, 2001.REUTERS / George Mulala

The coelacanth - an astonishing fish that was thought to have gone extinct alongside the dinosaurs 66 million years ago, before being unexpectedly found alive in 1938 off the east coast of South Africa - is offering new surprises.

Scientists said in a new study that these large, nocturnal inhabitants of the deep sea have a life expectancy about five times greater than previously believed - up to about a century - and that the females carry their young for five years, the longest gestation period known in any animal.

Focusing on one of the two living species of coelacanth, the scientists also determined that it develops and grows at one of the slowest rates of any fish and that it does not reach sexual maturity until around 55 years of age.

The researchers used the annual growth rings deposited on the fish's scales to determine the age of the coelacanths, "just like when you read tree rings," said marine biologist Kélig Mahé of the French oceanographic institution IFREMER and author. main study published this week in the journal

Based on the history of the fossils, they were thought to have disappeared during the mass extinction that wiped out about three-quarters of Earth's species after an asteroid hit at the end of the Cretaceous.

After being found alive, the coelacanth was listed as a "living fossil," a description now avoided by scientists.

"By definition, a fossil is dead, and coelacanths have evolved a lot since the Devonian," said biologist and study co-author Marc Herbin of the National Museum of Natural History in Paris.

The fins of the coelacanth are lobe-shaped, which differs structurally from other fish.

These fish are believed to have paved the way for limb growth in the evolution of the first land vertebrates.

Coelacanths live in ocean depths of up to 800 meters.

During daylight hours they stay in volcanic caves alone or in small groups.

The females are usually larger than the males, reaching about two meters and weighing about 110 kilos.

Previous research had suggested that their life expectancy was around 20 years, with one of the fastest body growths among fish.

However, it turned out that this was based on misreadings made decades ago with other types of rings deposited on the scales.

"After re-evaluating the life history of the coelacanth based on our new age estimate, it appears to be one of the slowest - if not the slowest - of all fish," said Bruno Ernande, IFREMER marine evolutionary ecologist and study co-author.

"A centennial life expectancy is something."

The Greenland shark, a great predator of the deep ocean, is considered the longest-lived vertebrate on Earth, with a life expectancy of about 400 years.

What is the monstrous crocodile-like fish that was discovered in Singapore and created a storm? - Walla! Tourism New home for senior citizens and those in need of care: a new nursing home is being built in the east of Nuremberg 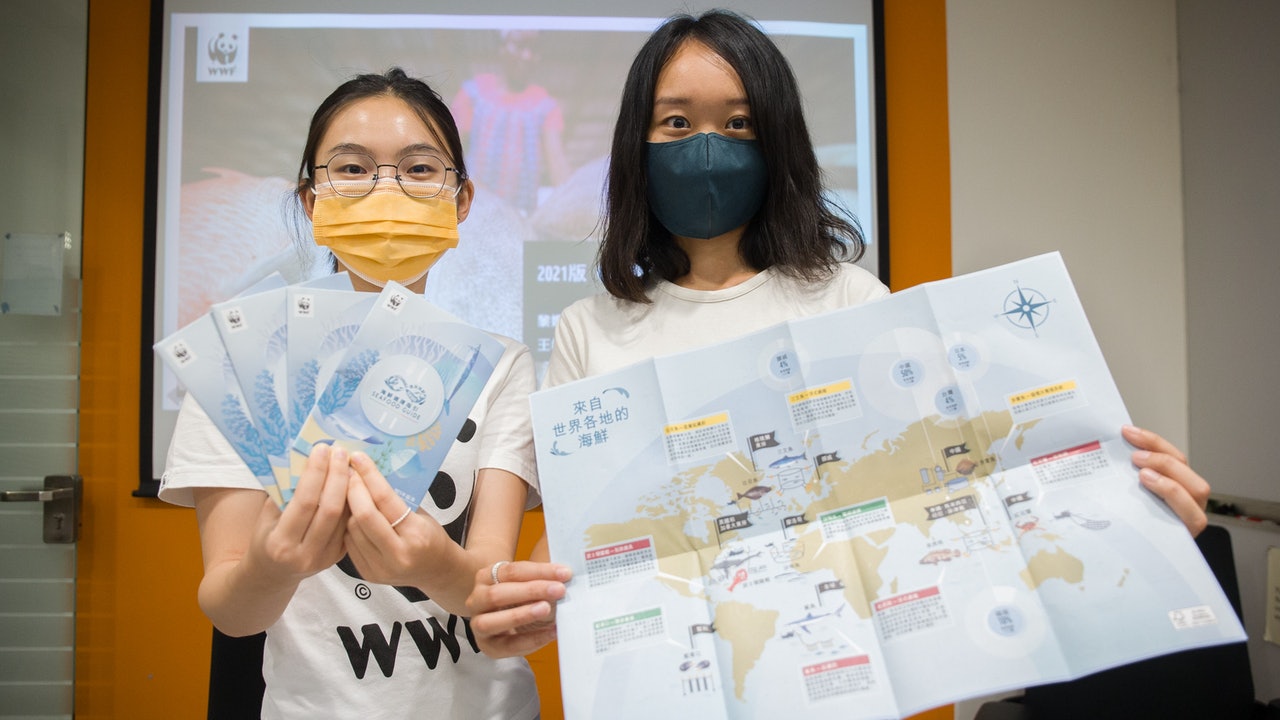 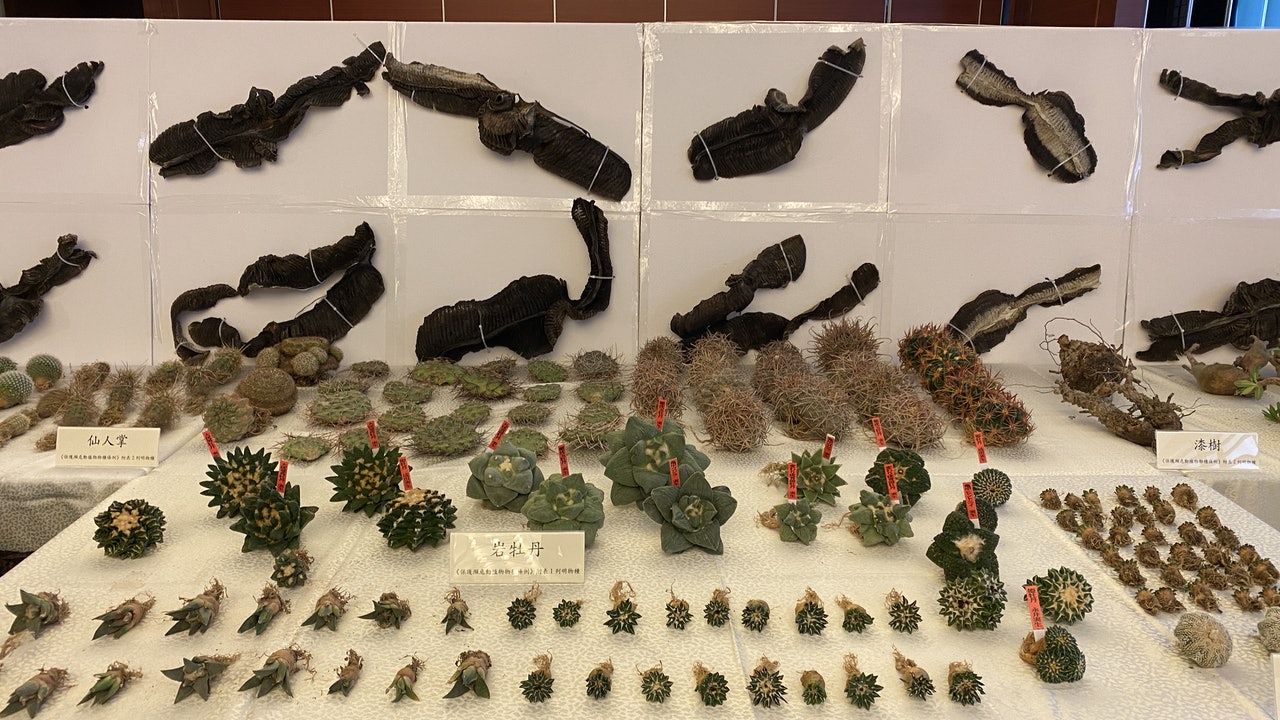 After ten years of continuous operation: the landmark on Munich's Marienplatz is temporarily shut down “Does not affect people”: HIM fish disease broke out in the Freising district - veterinary office clears up