The motorcycle itself has many advantages, which has attracted many people to join the "26" (2 reel) world to become iron knights, but a large number of novice iron knights join, which may increase the undercurrent in road safety!

According to statistics from the Transport Department on traffic accidents, in 2019, the accident rate per million kilometers driven by motorcycles topped the list with 6.82, which was far behind the 3.39 rate of next-ranked public buses.

Driving safety expert Su Hualong (Kelvin) said that iron knights, novices and veterans, have one thing in common, that is, after gaining the convenience of driving a motorcycle, they did not pay the corresponding price for it, and did not adjust their driving attitude to awe. Therefore, I advise you to "give a hand, and you will return to the house and be the champion first."

Kelvin said that motorcycles have many advantages, but the iron knights should pay a certain price for safe driving.

There should be a price behind the convenience of motorcycles

"Leather-clad iron" is synonymous with driving a motorcycle. It seems to say that the iron knight must take risks, driving like a life.

On Road's driving safety education system chief coach Su Hualong (Kelvin) passed the motorbike license plate when he was 18 years old. By the end of this year, he is still mainly used for motorcycling, all because of his love for the flexibility and freedom of motorcycling.

He admitted that although the risks of driving a motorcycle are relatively high, there are ways to reduce the risks and costs.

Kelvin said that while many Iron Knights get the convenience of motorcycles, they did not expect to pay the price. They rarely think of how to protect themselves before an accident occurs. The Iron Knight just put on ice sleeves for skin care to avoid sunburns on his arms, etc., but did not really have the consciousness to protect his body.

He quoted figures saying that more than 90% of drivers in traffic accidents involving motorcycles are injured. The proportion is extremely high but no one is willing to pay the price to protect themselves. For example, many people only wear simple clothes when driving motorcycles, but they are actually equipped with safety equipment. After wearing it for a long time, there will not be much difference in comfort after getting used to it.

The retro-style Vespa is a hot sheep car model in recent years. The style in the picture is even more popular because of its appearance in the movie "Deadpool". However, Kelvin believes that the sheep are easy to use now, which makes drivers overestimate their driving skills in disguise.

Two reels are easy to use when driving with awe

In addition to sporty motorcycles with strong horsepower, light automatic wave motorcycles (commonly known as sheep) are the purchase targets of many iron knights. Kelvin said that the sheep are easy to control and quick to use, which will affect the mentality of iron knights. I'm very clever, I'm so easy to make good use of, but I underestimate (risk)."

He explained that motorcycles are single-track vehicles with inherently low stability, but the faster they are, the more stable they become. As a result, many people ignore that the more important thing when driving a motorcycle is slow speed control.

Kelvin recalled that many iron knights suggested that when the vehicle encounters instability, it’s a good idea. He criticized this as an incorrect concept, and that it would make mistakes in times of crisis, leading to even more problems. Danger.

He pointed out that it is a good thing that motorcycles are easy to control, but more importantly, they are in awe of the motorcycle itself when driving, so that it can be "forever."

The MSX 125 is one of the lightest motorcycles, but it also weighs 106 kg.

Kelvin pointed out that the lightest motorcycle weighs more than 100 kilograms, which sounds like very light, but if the motorcycle is pressed on oneself in an accident, it will feel very heavy. Therefore, control the vehicle to achieve the "combination of man and vehicle." It is very important to be able to steer the vehicle steadily when in danger.

Kelvin also mentioned that many iron knights will ring the sound rather than the brake when they encounter an accident, reflecting that some drivers have problems with their mentality.

He emphasized that it is very important to drive a motorcycle to avoid being hit by other vehicles. "I will lose my position, but how difficult is it for my motorcycle to return to my position?", and many people only calculate how many copies of themselves have been hit. When the car hits the tip, it will not count the vehicles leaving the queue, saying with a smile, "That's not fair," and emphasizing that aggressive driving should not be exchanged for time.

The female motorcyclist was knocked down in a car accident. The strange posture shocked netizens: Need artificial respiration? 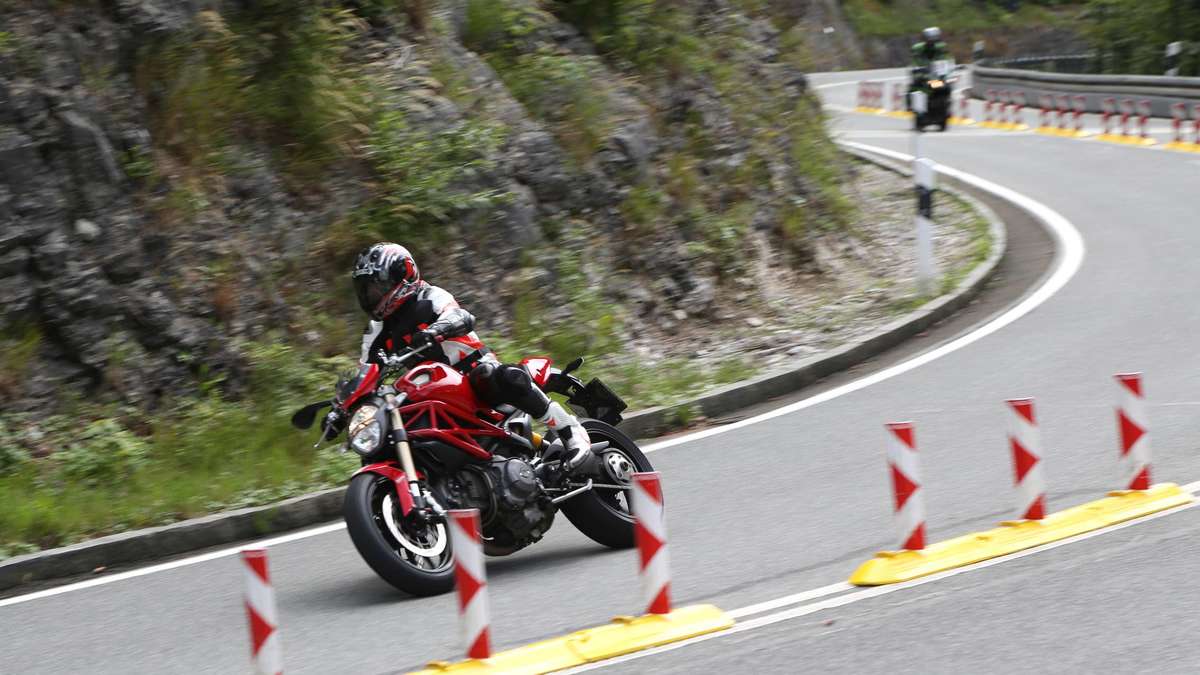 Motorcycle demo on Kesselberg on Easter Sunday: B11 is closed - traffic chaos is feared

Motorcycle demo on Kesselberg on Easter Sunday: B11 will be closed