During the construction of the new fire station in Münster, Egmating municipality, so much went wrong that it was threatened with demolition. A court will probably decide who is to blame. 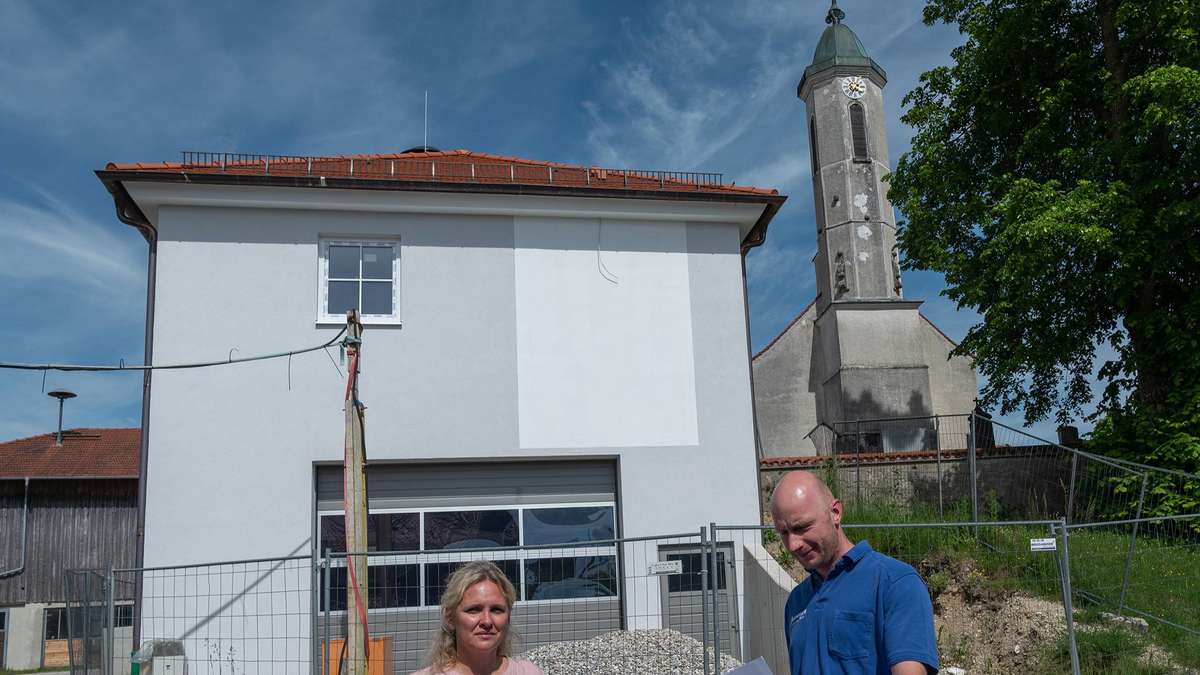 During the construction of the new fire station in Münster, Egmating municipality, so much went wrong that it was threatened with demolition.

A court will probably decide who is to blame.

Münster - They had kept a nice spot free for Saint Florian: On the west side of the new fire station, above the large roller door, the painted image of the saint was supposed to hold its protective hand over the firefighters from the hamlet of Münster (Egmating community). The stain is whitewashed, the power cable for lighting the facade hangs from the plaster. Saint Florian, however, will have to hide from the monument on the north wall, which faces away from the church. "Then he watches over the firefighters when they arrive," says Egmating's mayor, Inge Heiler. "Doesn't hurt either."

Making the best of a disaster and trying to see the positive in it - that is Heiler's approach to the construction site next to the cemetery in the small town.

She has no other choice.

Fire station below, funeral hall above

The building is a curiosity: it hugs the Münster church hill in such a way that the funeral hall is located on the floor above the fire department garage, where the deceased from the village are laid out until the burial.

With exit directly to the cemetery.

That has always been the case in the town, and because it was not possible to find a new location for the fire station, it stayed with the new building.

It's just 70 centimeters too high.

In addition to an already planned ramp, a few steps are needed so that grieving cemetery visitors do not have to climb into the funeral hall.

70 centimeters too high: there is no barrier-free access from the cemetery to the funeral hall.

And because the building protrudes too far from the church, the passage (middle) is too narrow for a funeral procession and the wrought-iron double gate - now a piece of the cemetery wall and the grave in front of it have to give way.

That's just the beginning. The small building has problems wherever the eye looks: the windows and roller shutter are made of plastic and have to be replaced with a wooden look. There, the monument protection has straddled in between. Just like the brand new siren on the roof. It has to go down again, the search for a location is ongoing. The entire ensemble of the church hill would otherwise be disturbed - according to the fire brigade, this is also the reason why Saint Florian has to give way: He should not steal the show from the church.

The architect placed the access door to the garage right next to the roller door, so that the firefighters' path crosses the lane of the emergency vehicle as it moves out.

Too dangerous - the door has to be moved to the north side of the building and the freshly bricked outer wall has to be broken through again.

The same fate for the false ceiling: improvements are being made there with an internal staircase - so that the fire fighters do not have to go through the cemetery when they want to go to their common room next to the funeral hall or to the toilet.

For this, the toilet rooms only have to be turned inside, hardly worth mentioning.

Building protrudes into the cemetery: a grave has to go

Particularly uncomfortable: The entire building is slightly rotated compared to the old one and now protrudes further into the cemetery and thus on the church ground than the archbishop's ordinariate was okay with.

Unpleasant renegotiations were the result.

And: In order for the funeral procession to be able to litigate through the town through the west gate, as is traditional in Münster, a piece of the cemetery wall has to give way.

Including a grave in front of it.

This is the only way to make the passage wide enough.

The municipality of Egmating submitted the architecture plan in April 2020.

The building was already there.

Planning has been going on since 2016.

Because the Egmating people started building without paying too much attention to ordinariate and monument protection, there was a nine-month construction freeze.

In the meantime, the signs were even on demolition, said the mayor.

“That couldn't be conveyed to the taxpayer,” says Heiler.

According to the current status, he will have to shoot up to 400,000 euros for the modifications and improvements.

Heiler brought a thick folder with her to the on-site visit, along with her Vice Mayor, Andreas Riedel, and Josef Huber and Andreas Niedermayer; First fire brigade commander and sacristan, second fire brigade director and church caretaker in personal union. They are rescheduling the plans for the fire station and the funeral hall that the previous councilor, under Heiler's previously voted out predecessor, Ernst Eberherr, nodded and pushed.

“We inherited the child,” says Heiler cautiously. The mayor emphasizes that she does not want to point her finger at anyone, but also says about the question of guilt for the bad planning: "That will be decided in court." Ultimately, the municipality must assert its claims if it owes the citizens. It is obvious that ex-mayor Eberherr and the then planning - and meanwhile killed - architect would have to put up with unpleasant questions. The planner did not want to comment on the subject over the phone. the ex-mayor says: “I have nothing to reproach myself with.” Apart from the incorrectly drawn contour line, the building has no defects. The changes were politically motivated, and the fire station was already an issue during the election campaign. "There won't be much getting around",says Eberherr about possible claims for damages. After all, the municipal council resolutions on the building were made unanimously or with a clear majority.

On site, they are now mainly hoping that the building will finally be finished.

The people of Münster and their fire brigade want to celebrate the lavish inauguration party for their new house in the coming year.

The work will drag on - and still cost a lot, fears fire brigade commander Huber: "The bill comes at the end." 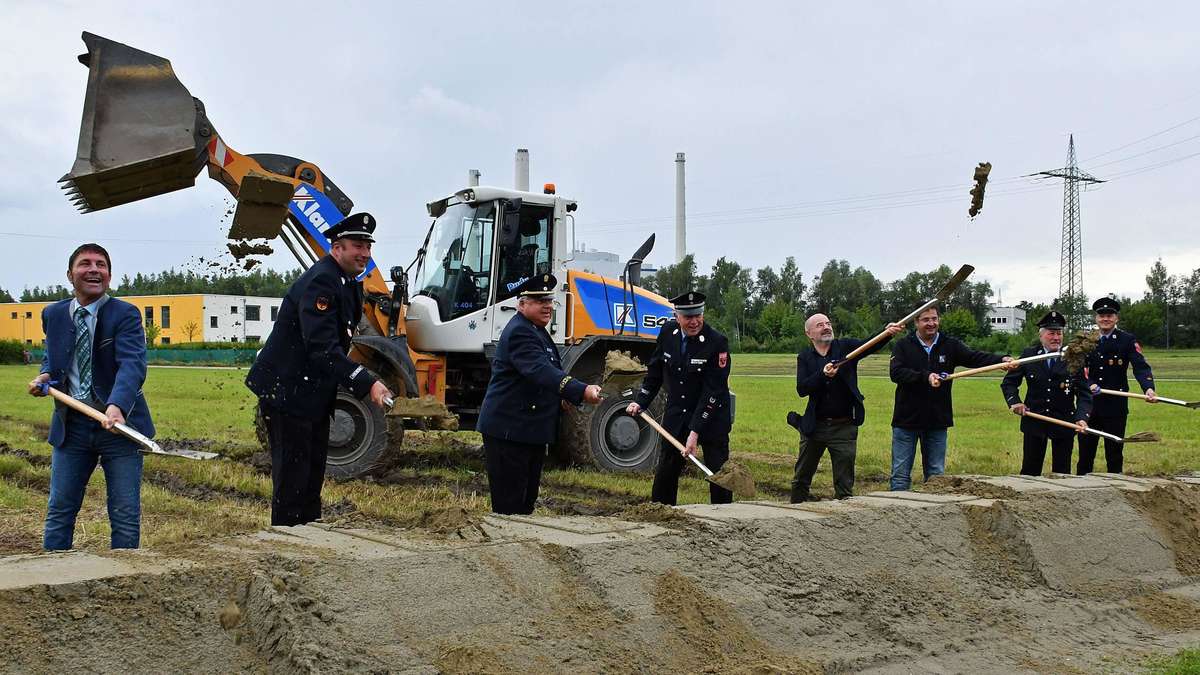 Groundbreaking for the new fire station: Then it should be ready 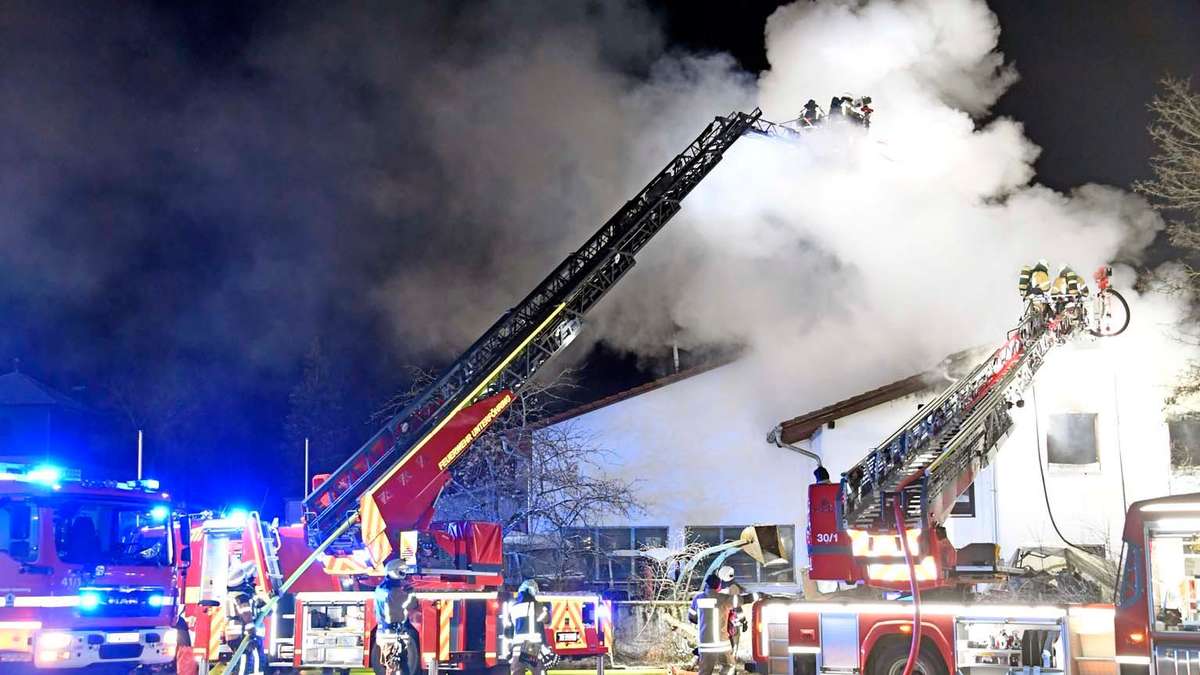 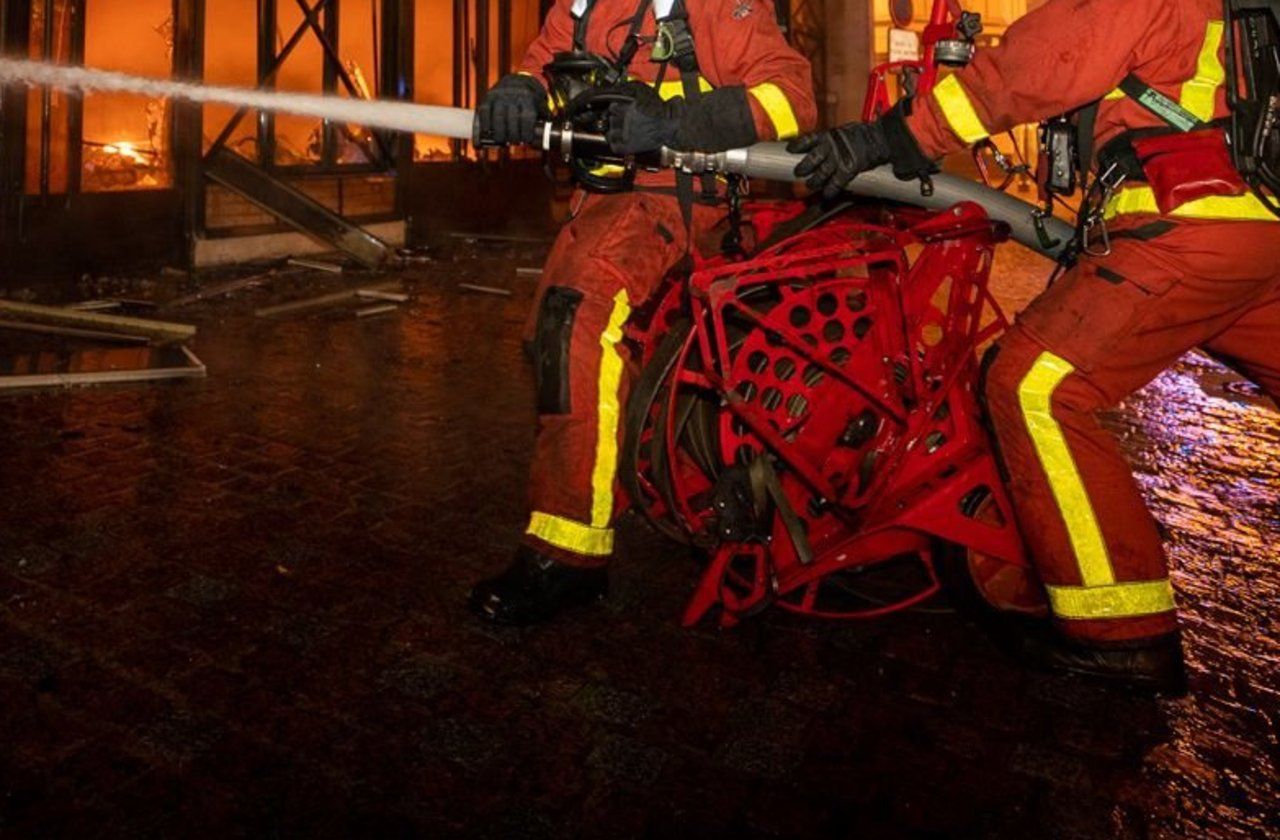 Seine-Saint-Denis: twelve people intoxicated in a fire in the middle of the night in Pierrefitte

Val-de-Marne: a man dies in the fire in his apartment The renovation of the Schongau fire station is almost finished