Storms on the Atlantic coast during a competition in Portugal pushed many of these birds out of their way, which are being rescued in Galicia and Asturias.

Dozens have already appeared and may be hundreds, because on Thursday there was still no news of about 30% of the 10,000

who last weekend measured their speed in the Algarve-Porto race, in Portugal.

Many of these homing pigeons marked with a colored ring on each leg are being rescued in Galicia and even Asturias, after being displaced from their route and being disoriented by the intense storms that hit the Atlantic coast of the Iberian Peninsula since shortly after your departure.

The first two lost pigeons that were known arrived at the home of Enrique García, a local policeman from Vigo and fancier, who has 120 of his own. Every day, when they return from their work shift, he trains them for two hours. "When they returned to my loft, I saw that five more were flying with mine, and two of them decided to go down," he says. Upon arrival, he verified that they had the distinctive of Portugal. They were hungry and exhausted and followed their pigeons in search of food and shelter. García contacted the Portuguese Federation of Colombofilia and the two homing birds have already returned to their lofts in the Porto area. But then two more arrived at the municipal agent's house. And then one more. On Thursday he had nine located, "each one from a different breeder" from Portugal.

The police made the news public and since then the telephone of the headquarters, in the basement of the Vigo City Council, has not stopped ringing.

Both the local body and the Galician Columbófila Federation or one of the 40 local clubs that exist in the community can collect at home these sports birds that are landing with their powerful keel muscles consumed by so many days of flight.

If the competition covered a 300-kilometer route, following the coastline from the Algarve to Porto, those that reached Vigo covered about 500.

Alert calls for the location of Portuguese pigeons are increasingly coming from more remote places. At the moment, more than fifty have appeared in the Galician municipalities of Mos, Mondariz, Oia and Santiago, some of the coast of Lugo and even Asturias. "One that arrived in Ourense is not going to survive because it must have suffered a blow," laments García, who had already received seven new calls through the municipal police phone earlier this Friday. The fanciers who lost birds (some Portuguese breeder has lost practically all the birds they took to the sporting event) believe that these may appear in the interior of Spain. Their fatigue prevents them from flying and it is easy to capture them to give them water and corn.

On Sunday afternoon, the secretary and other representatives of the Portuguese Federation will travel to the south of Galicia to collect all the animals that may have been rescued. These birds are distinguished by their rings: the first with an inscription that attests to their date of birth and their Portuguese origin, and the second with an identifying microchip that in sports competitions is used to record the time of take-off and arrival at his loft as the goal of the race. In Portugal, pigeon racing is considered the second national sport in number of fans and the first one that grows the most, thanks to its promotion in the educational centers themselves.

The Portuguese derbies are international events with thousands of participants in which the simple process of registering a pigeon can cost up to 300 euros. Auctions of

(pigeons) are held and there are specialized websites in which the bids of animals with lineage can reach 3,000 or 4,000 euros. Although this price seems small when compared with the sales registered in other European countries where there are bets around the tournaments, such as the Netherlands and Belgium.

, a two-and-a-half-year-old messenger with a long record of victories in medium and long distance races, became the most expensive in the world, winning 1.6 million euros to a fancier from China (the country with the most collectors willing to shell out stratospheric amounts for these animals).

, auctioned by the specialized house Pipa Piegon Paradise, smashed the record of his compatriot

, a pigeon for the breeding of new sports birds that in 2019 was acquired by another Chinese fan at the price of 1.25 million.

In all racing pigeon competitions, explains the policeman and breeder from Vigo, there are usually losses and delays of two or three days. These elite competitors can travel even more than 50 kilometers per hour. In such a way that in the last race with departure in Puebla de Sanabria (Zamora), "in two hours they were already arriving" birds to their destination in Galicia, and in another race from Zaragoza, which began at four in the morning, birds covered the distance in an average of nine hours. Losses are usually due to blows, or the fateful encounter of a carrier pigeon "with a hawk or a goshawk." "What has happened in Portugal is strange," concludes García,and it can only be explained by the eruption of storms that dragged the pigeons off their route and that have continued all week causing damage to crops in the interior of Galicia due to hail and floods.

Some of the Portuguese pigeons have already appeared on the Camino de Santiago. Several have been intercepted in the mountainous area of ​​Pedrafita do Cebreiro and O Courel, and one went to look for food at the Aira do Camiño bar, in Fillobal (Triacastela, Lugo). Balbino Álvarez and Rosa Testa, the owners of the business, verified that he had a wound on one wing and treated it with “diluted Betadine and Blastoestimulin”, and the Portuguese pigeon immediately regained the ability to fly. "Someone told us to let her go, that she alone would return to her loft in Ermesinde", in the Porto district, "but in a while she was back here." The host has notified the Galician federation and is already in contact with the owner of the bird to return it home. While waiting, the dove has become fond of a white billiard ball that the couple has put,like an egg, inside a nest collected long ago "as an ornament". "He likes the place to rest," says Balbino Álvarez. 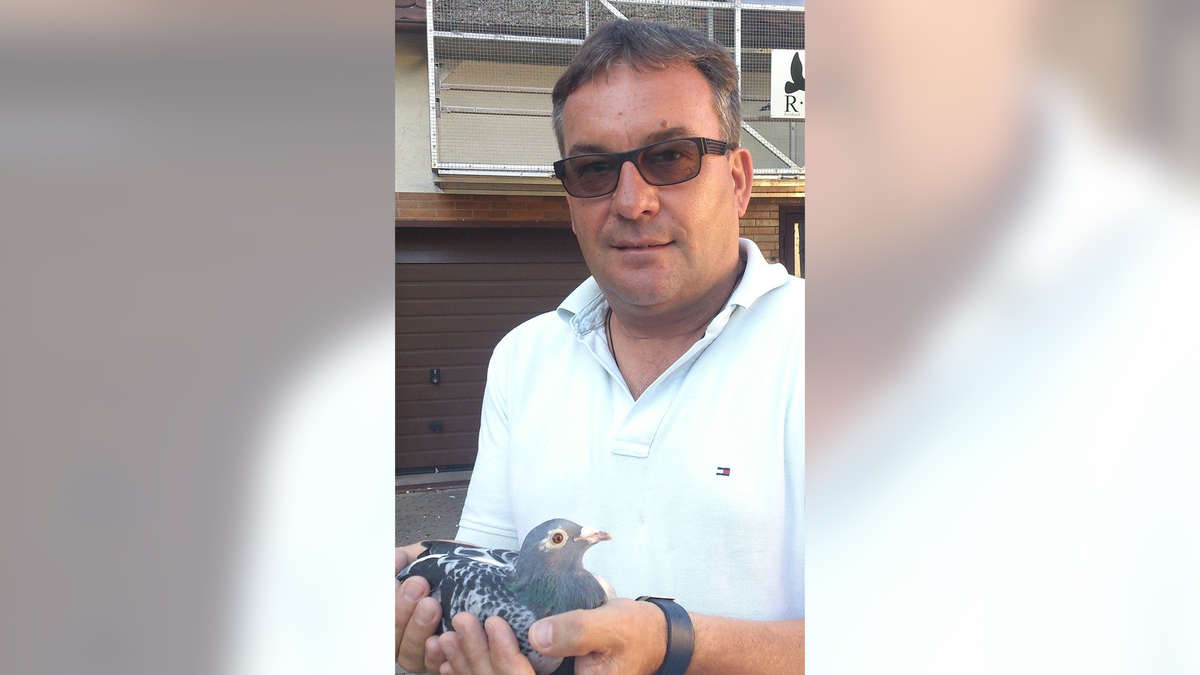 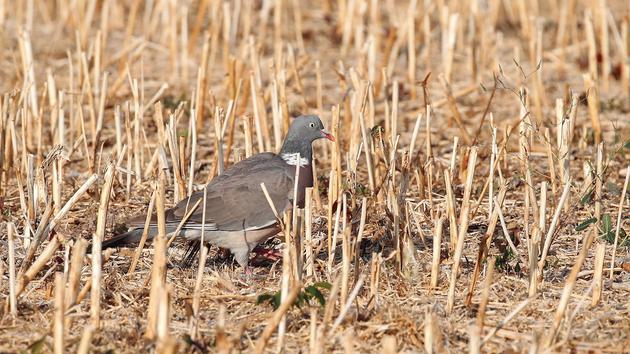 The wood pigeon, a new plague in Ile-de-France for agriculture 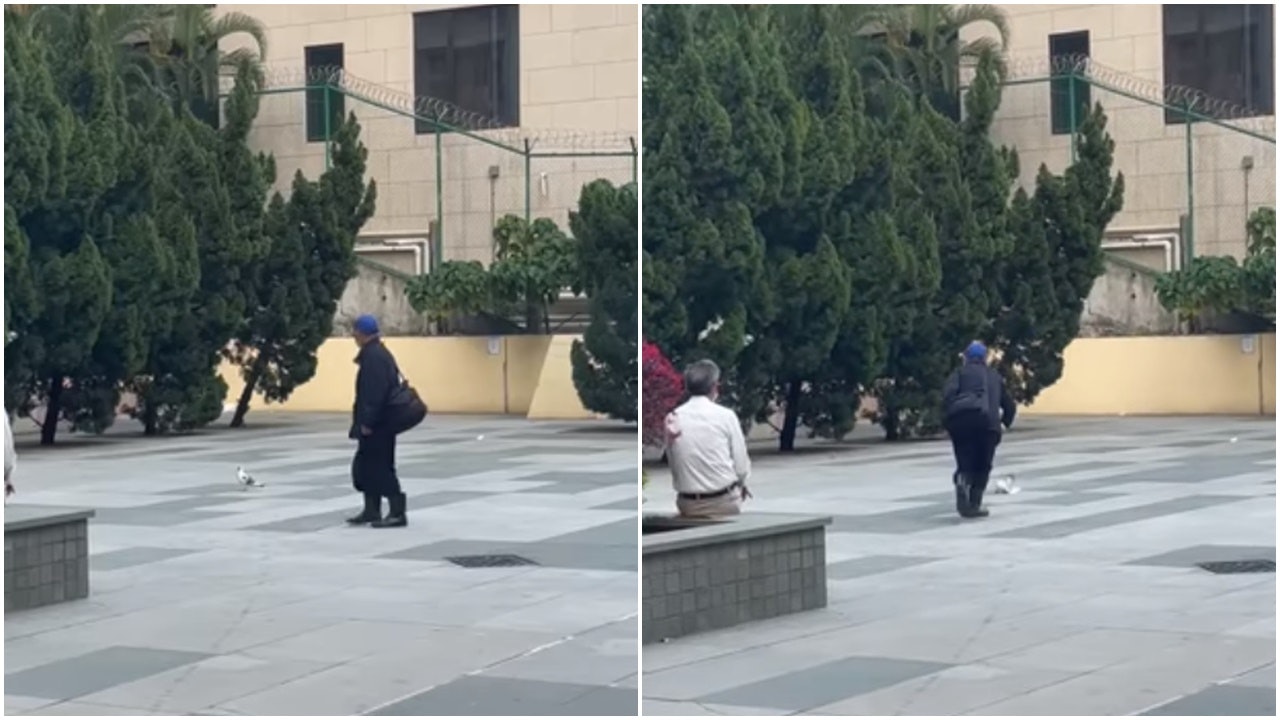 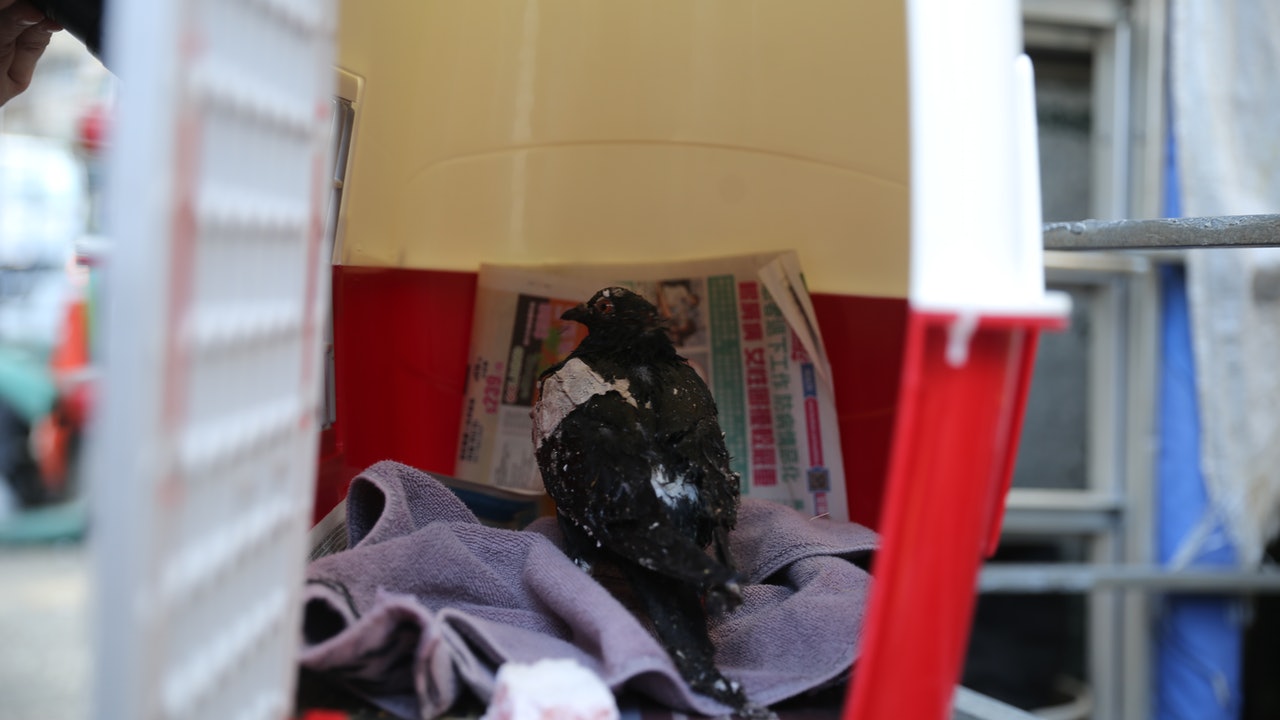 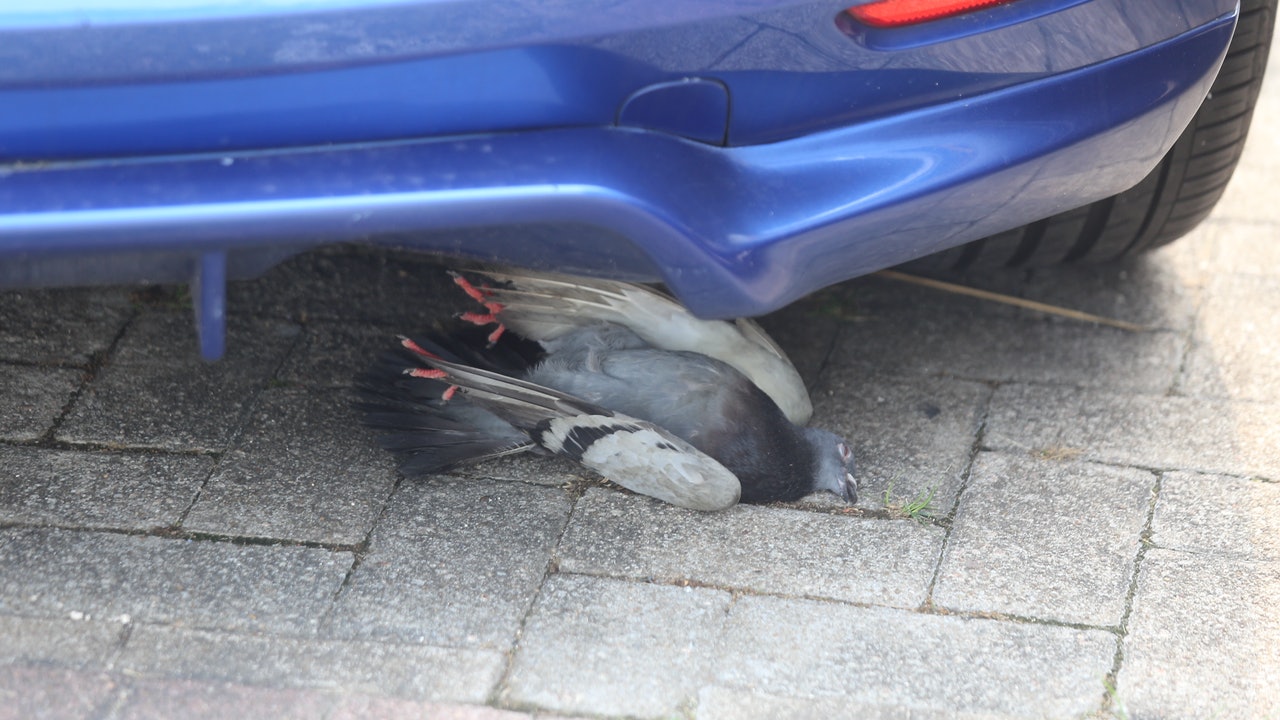 7 wild pigeons in Fanling Wai fell dead and got off the bottom of the tree, spitting out green liquid, the ground was stained with red rice 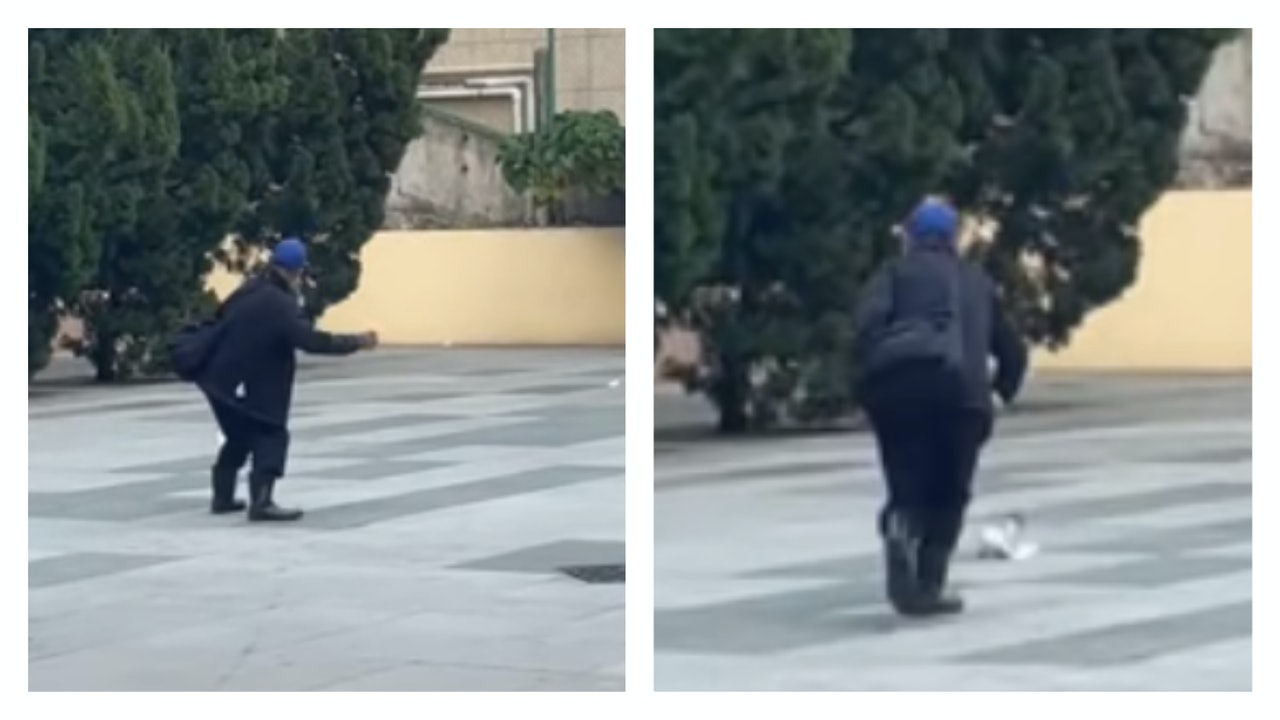 Huang Taixian abuses pigeons│Netizens attacked the man with a stone and attacked the wild pigeon. The suspect was a repeat offender and was arrested 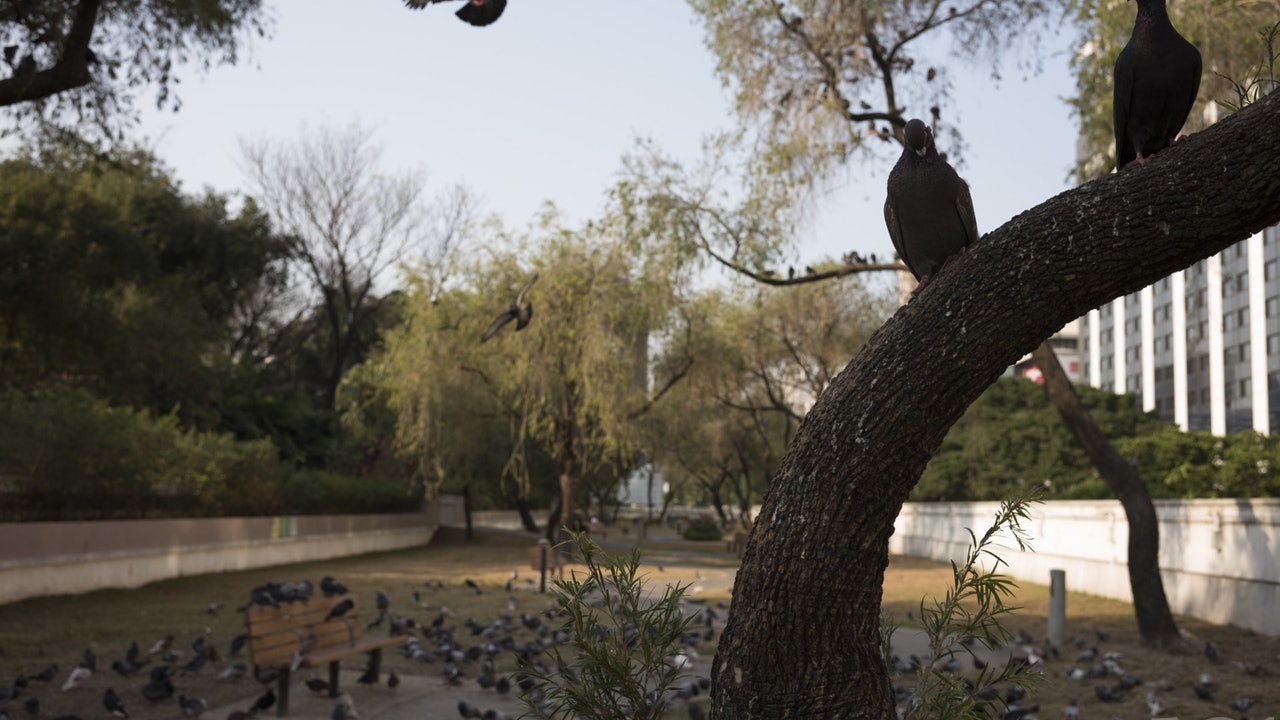