Five reasons to return to Turkey this summer

Exit the traditional Grand Bazaar and the crowded beaches of Bodrum. The country, once again accessible to the French since June 17, is full of little-known routes. Selection of favorite experiences. 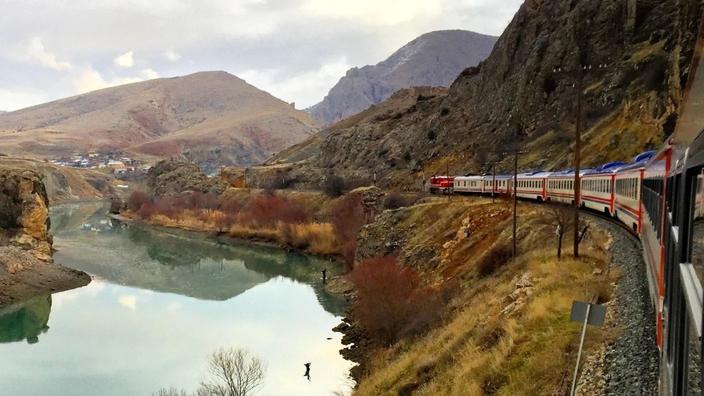 Board an iconic train

Ernest Hemingway, Leo Tolstoy, Agatha Christie and Graham Greene have one thing in common: they all traveled aboard the Orient Express and, from these journeys, masterpieces of literature were born.

This train, which linked Paris to Constantinople (formerly Istanbul), has inspired generations of globetrotters to dream.

But Turkey is not left out.

Another railway line was built in 1962 in the interior of the country: the Doğu Ekspresi, the “Eastern Express”.

This train now crosses the country from west to east, from its capital Ankara to the city of Kars, on the Armenian border.

Allow 32 hours of travel to cover the 1,310 kilometers that separate the two stations, with five stops in which it is possible to stop.

With its first-class cabins with old-fashioned decoration (but clean and very comfortable) and its average speed of 70 km / h, it looks like an anachronism.

This is precisely what travelers come looking for: a feeling of deceleration where our sole mission is to contemplate the landscapes passing before our eyes.

Read also: With L'Orient Express, Arthur Mettetal puts the train back on the rails of luxury

Walk through the ruins of the first temple in history

The temple of Göbekli Tepe was declared a UNESCO World Heritage Site in 2018. Wikimedia

Thousands of years before the Egyptian pyramids or the Neolithic period of Stonehenge, he was already enthroned in the south-east of Anatolia, a border region between present-day Turkey and Syria. The temple of Göbekli Tepe, whose name means “navel hill” in Turkish, was built on the highest point of the Germuş mountain range (785 m). The first excavations, carried out in 1995, revealed a series of stone circles about 300 meters in diameter and monuments decorated with engravings (wild animals, humans, etc.). The megalithic structures are said to have been erected by groups of Neolithic hunter-gatherers, then used as part of funeral rituals, before being engulfed and hidden from the rest of humanity.

Considered as the oldest temple in the world, the archaeological site provides insight into the worldview and beliefs of people living in Upper Mesopotamia around 11,500 years ago.

Listed in July 2018 as a UNESCO World Heritage Site, it has been in the spotlight more recently thanks to its appearance in the original Netflix series "Atiye".

Read also: Göbekli Tepe, the oldest temple in the world, cradle of architecture and social classes

Attend the laying of sea turtles

In Muğla province, in the southwest of the country, a narrow strip of golden sand forms a natural barrier between the Dalyan River and the Mediterranean Sea. This paradisiacal beach, named İztuzu, is one of the rare breeding and habitat sites of the loggerhead turtle (Caretta caretta) in the world. The marine reptile, about 90 cm long, is now on the IUCN red list of endangered animals.

To ensure their protection, volunteers from the Sea Turtle Research and Rehabilitation Center monitor the nests all year round.

The 4.5 km of sand have also been classified as a “natural site” and protected, access to visitors is therefore only possible during the day, because it is at night that the eggs hatch and the baby turtles throw themselves in. water for the first time.

If you want to witness this extraordinary spectacle and have a myriad of information on the life cycle of the species, however, it is possible to send a request to the Center at: dekamerturkey@gmail.com (in English only).

Since the 15th century, Turkey has been a crossroads between Europe, Asia and the East. This geographical location, mixed with migrations linked to the conquests of the Ottoman Empire (Balkans, Syria, Iraq, Egypt, Cyprus ...), has shaped the identity of its gastronomy. If the French often reduce it to its kebab specialty, it is nevertheless imbued with flavors that are sometimes Asian, Oriental or Mediterranean.

It is with the idea of ​​promoting this very rich heritage that the Turkish-Scandinavian chef Mehmet Gürs, television personality, launched the concept of “New Anatolian Kitchen”.

This approach is both respectful of Turkish tradition and local products while being anchored in a very contemporary cuisine.

In his restaurant Mikla, on the 18th floor of the Marmara Pera hotel, Nordic and Turkish flavors come together in surprising and perfectly balanced blends, awarded in 2018 with the title of “World's 50 Best Restaurants”.

The Şakirin mosque is the first in the world to be decorated by a woman.

Emblem of the secular republic of Mustafa Kemal Atatürk, the transformation of Hagia Sophia into a mosque, decided by the Islamo-conservative president Recep Tayyip Erdoğan, hit the headlines last year. But this must-see tourist attraction, a UNESCO World Heritage Site, is far from the only religious building that deserves attention. On the Asian side of Istanbul, in the district of Üsküdar, the Şakirin mosque denotes by its dome and its architectural forms ... all in curves.

Sponsored by a wealthy Turkish-Saudi family, it is the first in the world to have been decorated by a woman: Zeynep Fadıllıoğlu, previously known for her achievements of upscale restaurants in London or Istanbul.

Inside the mosque designed by a mostly female team of architects, golden verses from the Quran wave along the glass walls, while the turquoise-colored mihrab (niche that indicates the direction of Mecca) sports the shape of a seashell.

In this place, more than anywhere else, the meeting between tradition and the avant-garde is resolutely successful. 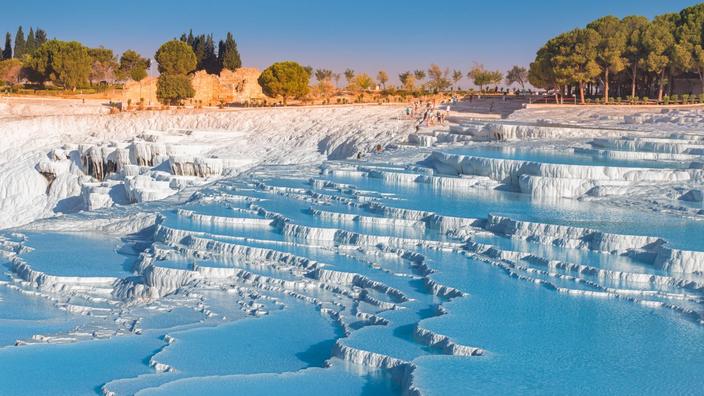 Prohibition to go to Turkey: "This decision is in no way political", according to Ambassador Ali Onaner 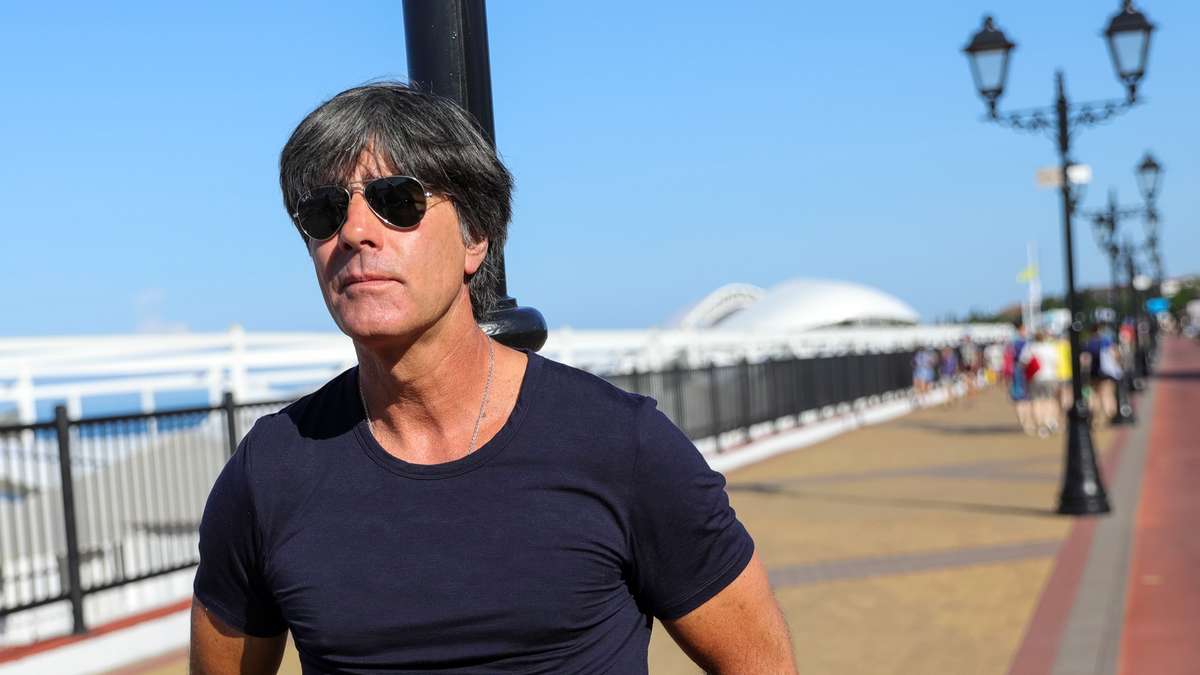 Löw soon to be a coach in Turkey? He reacts immediately to the rumors: "I will ..."

Löw soon to be a coach in Turkey? He reacts immediately to the rumors: "I will ..." 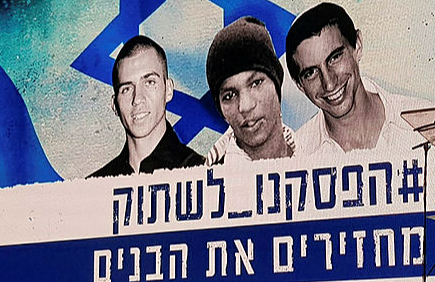 Turkey at the top, France at the bottom: the morbidity forecast imported at Ben Gurion Airport in July - Walla! News