The investigation into the death of Diego Armando Maradona advanced this week with the first three investigative hearings. 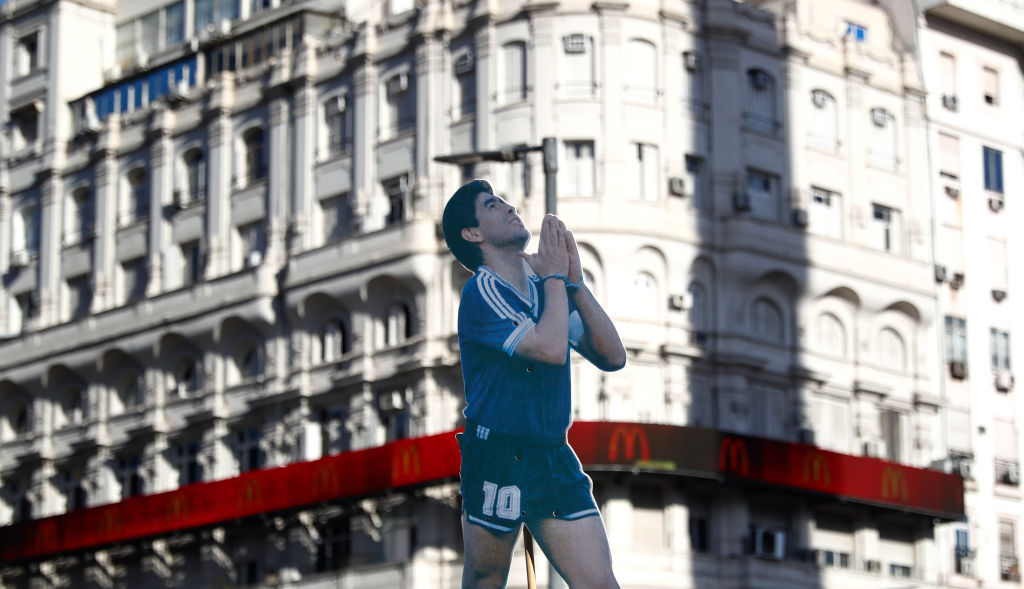 They investigate 7 people for the death of Maradona 1:01

The investigation into the death of Diego Armando Maradona advanced this week with the first three investigative hearings.

In May, the team of San Isidro prosecutors in charge of the case charged seven of the professionals who attended the soccer star during the last weeks of his life for the alleged crime of "simple homicide with intentional intent," according to a document from the file accessed by CNN.

The seven defendants are also prohibited from leaving the country.

This Friday at noon, Mariano Ariel Perroni, supervisor and coordinator of Maradona's nurses, appeared to testify before the Prosecutor's Office at an investigative hearing.

Both are the nurses who came to control the Ten during the weekdays.

The three investigated corroborated before the prosecutors that the control over the state of health of the soccer star was scarce and in opportunities null;

that one of them claimed access to elements to control the functioning of his heart, but that said resuscitation and assistance tools never arrived;

and that in some cases it could not be confirmed that he was taking his medication, three sources with direct access to the cause confirmed to CNN.

Maradona remained in a house in a private neighborhood in the town of Tigre, where he settled in early November 2020 with a group of relatives after being operated on for a subdural hematoma on the skull.

In this property, he died on November 25 after suffering acute pulmonary edema as a result of a heart disease, according to the autopsy report and the Medical Board.

A cardboard image of Diego Maradona is held up during a demonstration demanding an investigation and justice after Diego Maradona's death on March 10, 2021 in Buenos Aires, Argentina.

In those last three weeks, the medical instructions and the decisions made by the professionals regarding his state of health were key to its outcome, established the prosecutors Laura Capra, Patricio Ferrari Cosme Iribarren and the attorney general John Broyad in a document in the who made the charges against the accused.

Before the prosecutors, the coordinator Perroni declared that his role was limited to organizing the nurses' shifts and not taking "medical actions."

He assured that he only controlled the income and expenses of the staff to the house, but never entered the house.

“Every report that I received from the nurses I passed it on to (the doctor Nancy) Forlini,” in turn, coordinator of the team.

CNN tried to contact Forlini's lawyers, but has so far been unable to find a defense.

The doctor has an appointment this Monday, June 21, for her own investigative hearing before prosecutors.

Perroni, like Almirón, pointed out the alleged interference of the psychiatrist Agustina Cosachov in decision-making with Forlini.

Cosachov's attorney did not respond to CNN inquiries.

The psychiatrist must declare as a defendant next Friday.

In public demonstrations, his lawyer has denied the charges against his client.

The neurosurgeon Leopoldo Luque, designated by prosecutors as Maradona's "family doctor", will be the last of the accused to testify.

It is scheduled for Monday, June 28.

Luque has said repeatedly and in interviews that she was not Maradona's GP and has rejected the charges against him.

"I didn't give the instructions (to the nurses)," Perroni said.

Each nurse is responsible.

It is the doctor who indicates what to do, "he told prosecutors.

He also argued that the only information that he and the nurses supposedly had was that the patient should receive "post-surgical treatment" with an addiction to alcohol and self-administered medication that should be controlled.

"The weekend before the death, based on information that appeared in the WhatsApp (group) of the medical team, they reported their state of decline and refusal to ingest food, liquid and visits," said the coordinator.

The coordinator clarified another central point in the imputation of the professionals.

Maradona suffered from a heart disease that ended up causing his death, according to the autopsy report in the file, as reported by CNN.

However, the star was not receiving heart medication and was only prescribed psychotropic drugs to treat his addiction and prosecutors question why no member of the team warned him.

"I never received any other medical indication that was not the supply of psychotropic drugs, to inform schedules and communicate in the event of an alcoholic need, if the patient asked for alcohol or something," said Perroni.

“At the request of the treating doctors, the specific obligations were that the medication be supplied on time.

Do not be invaded, not disturbed and not excited, "he added to prosecutors.

Perroni claimed that he did not receive "epicrisis or medical history regarding any type of pre-existing pathology of the patient," according to the transcript of his statement accessed by CNN. "I only learned after death that Maradona suffered from heart disease," he added. The nurse Almirón declared last Monday that he had alerted his supervisor and part of the team that Maradona had tachycardia almost all the time. When prosecutors questioned Perroni about this warning, the coordinator acknowledged that he knew about this situation because he reported "in the WhatsApp group where the doctors were who should take action."

Perroni also acknowledged that Almirón informed the team via WhatsApp that Maradona suffered "edema in the lower limb", a symptom that

can be related to heart problems, and that the medical indication was "to raise the limb."

When the Prosecutor's Office asked him if he had warned about the possibility that the patient could develop acute lung edema, the coordinator replied: "I did not receive information of this kind."

On Monday, the nurse Almirón also assured prosecutors that he demanded the provision of equipment to monitor the heart of the Diez and did not receive a response.

Perroni confirmed it this Friday, according to the transcript of his statement: “There was no appliance.

I know there were none ”.

Next, the prosecutors inquired whether the coordinator considers it necessary to install a heart control monitor in the home.

"With heart disease, if necessary," he replied, but warned that he supposedly did not know about Maradona's condition.

Then, Perroni explained to the prosecutors that the nursing protocol in a home stay implies that the nurses must carry out "vital signs checks" on the patient and, failing that, "a visual observation of the patient's respiratory form, at least."

The Madrid nurse declared on Wednesday at the Prosecutor's Office that she could not even administer the medication to Maradona, since the patient had refused to receive it in recent days and that he had to deliver the medications to his relatives who shared with the star Tigre's house, confirmed two sources with direct access to the Madrid declaration.

“We only had the medication.

You had to do what the patient wanted, if the patient allowed himself to take the controls, "he said in his investigation, according to the Télam agency.

At the end of his shift, the nurse should "make the pass at the foot of the patient's bed, seeing the hygiene and informing the relevant changes both nurses together and checking signs," said Perroni.

That point of the protocol would have failed, Almirón acknowledged this Monday.

Almirón worked as a night shift nurse and was the last of the team to check Maradona's vital signs, between 9:00 p.m. and 10:00 p.m. on November 24, 2020, according to his statement, the same sources reported. He was the last person who would have seen Maradona alive, around 6:30 a.m. on November 25, just before leaving his shift, the defendant said Monday, according to three sources with direct access to the file.

The nurse told prosecutors that, at that time in the morning, he observed Ten from the door of the room where Maradona slept, but affirmed that he did not check him, but saw him sleeping and left, according to the confirmation of three record sources.

As determined by the Medical Board and reflected by the prosecutors in their accusation text, Maradona suffered a period of agony of about 12 hours, between midnight on November 24 and noon on November 25.

In addition to giving an investigative statement, the nurses Almirón and Madrid gave the prosecutors the conversations they had with other members of the medical team through the WhatsApp application and in which the day-to-day attendance at Diez was recorded. Perroni, the coordinator, also promised to deliver the same messages to prosecutors.

In their brief of imputation to the seven defendants, which the prosecutors presented in May before Judge Orlando Díaz, the investigators maintained that “the fatal result having been represented in the face of the serious health condition that the victim showed and that was known at least by all the health professionals named (chronic kidney disease, pre-existing liver disease -dual cirrhosis-, congestive heart failure, chronic neurological deterioration, addiction to alcohol and psychotropic drugs, probable psychiatric diseases added to the alcohol withdrawal), carried out actions contrary to the art of health".

In this way, they added, “they omitted to carry out the specific acts that each one had to develop around their function, aggravating Diego Armando Maradona's health situation, placing him in a situation of helplessness and abandoning him to his fate, since they caused his death. by Diego Armando Maradona on November 25, 2020 at 12:30 p.m.

in that home as a result of respiratory failure and cardiac arrest ”. 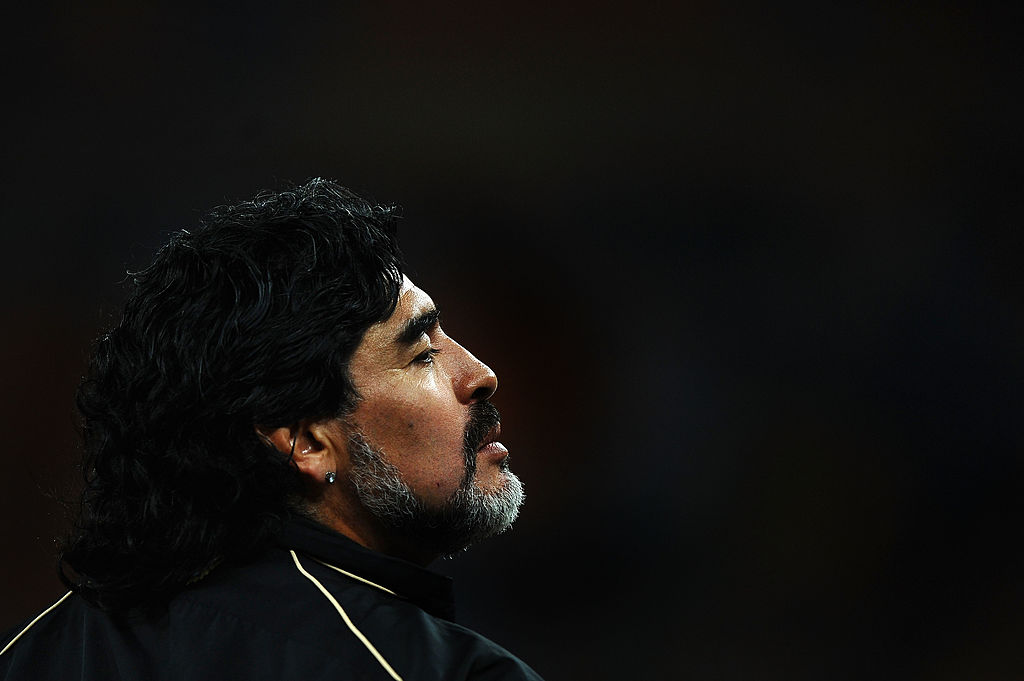 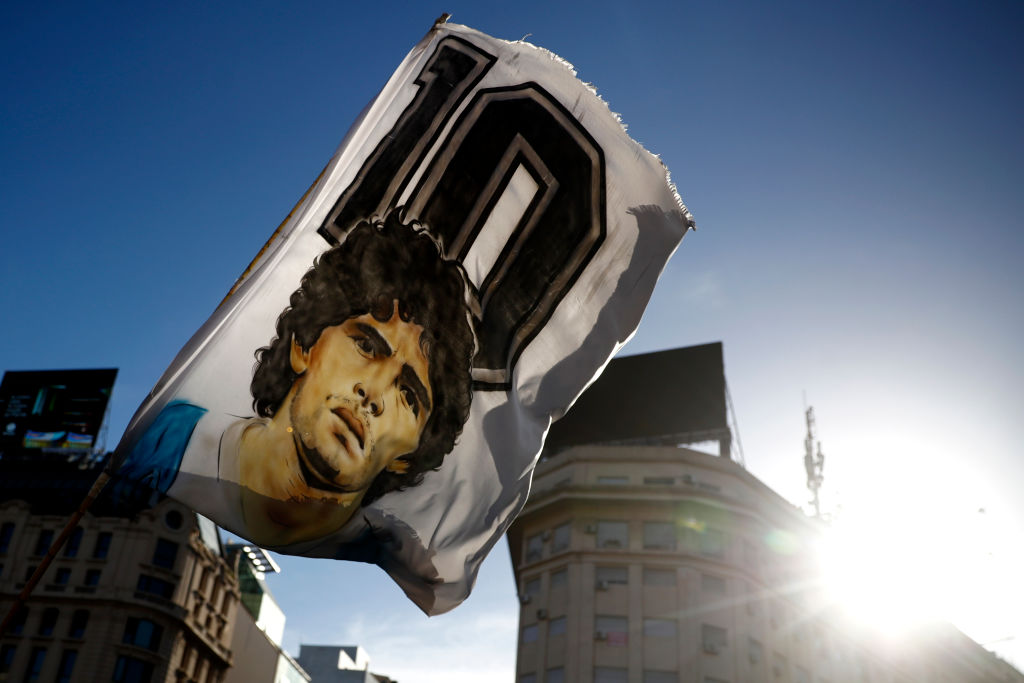 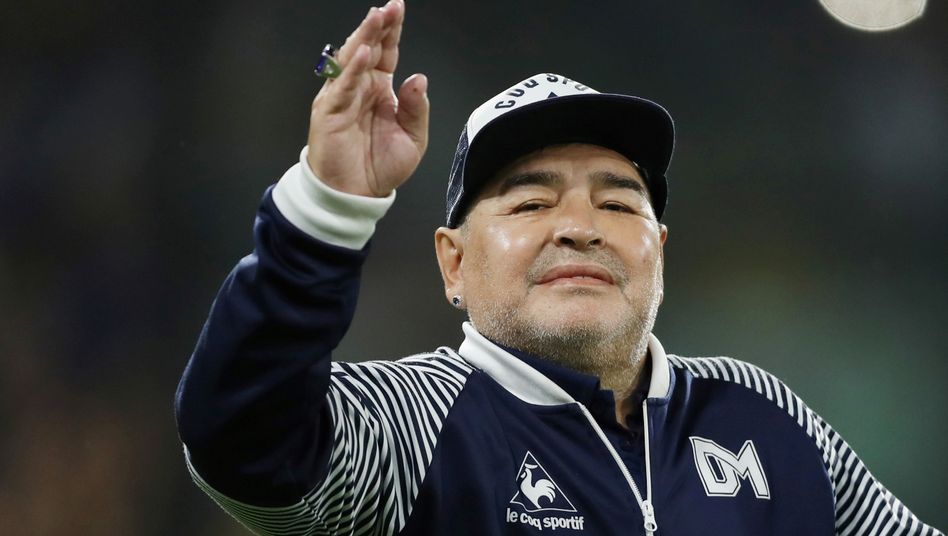 Diego Maradona - attorney for the nurse: "You killed Diego" 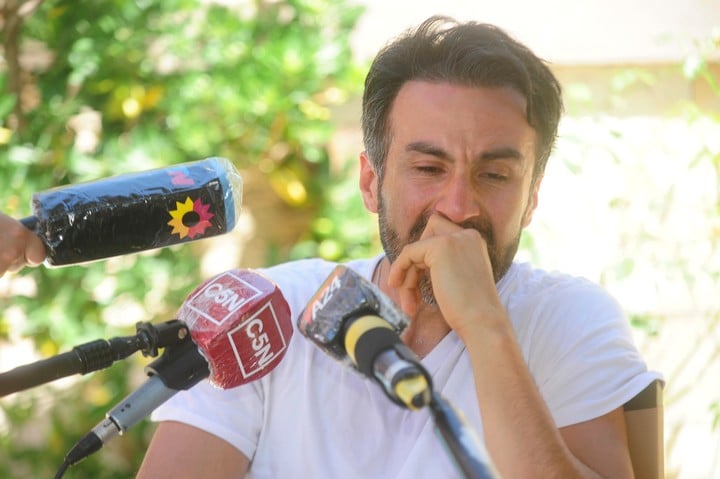 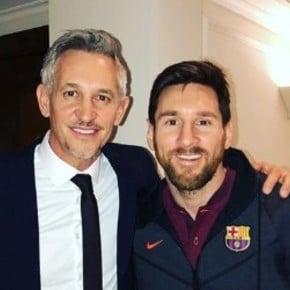 Argentina champion of the Copa América: the emotion and celebration of Carlos Bilardo 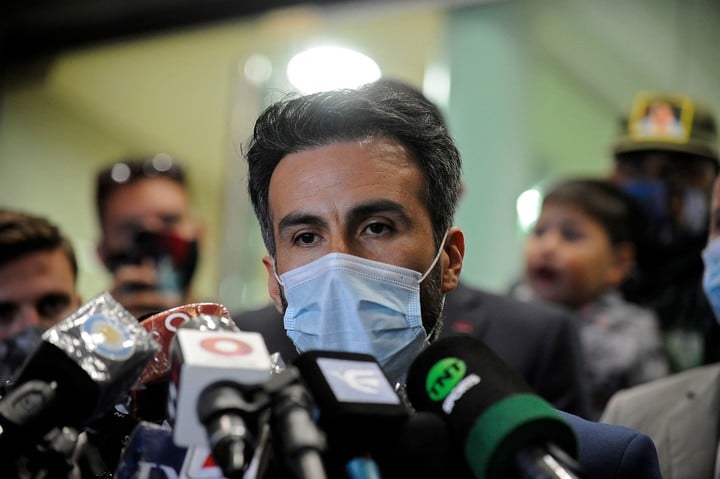 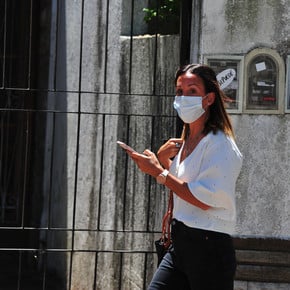