The skeleton, found in Poland with a bird in the mouth, is that of a 17th century Scandinavian child

ARCHEOLOGY - Undoubtedly Finnish, the twelve-year-old girl is said to have followed the Swedish armies of Charles X Gustav during their campaign in central Europe around 1655. 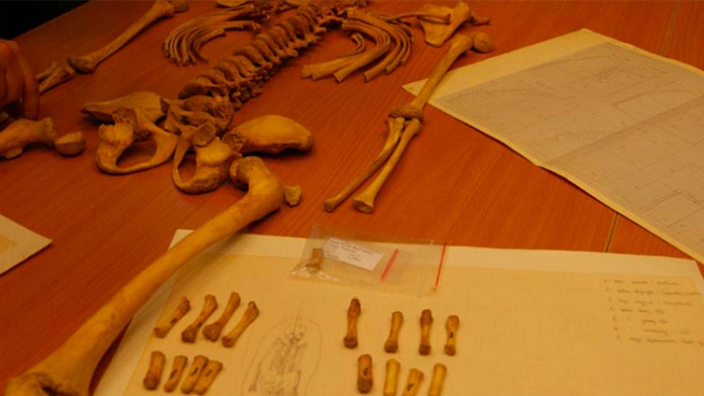 She was a daughter of the Flood. Not the Flood of the Scriptures, but the Swedish Flood that swept over the Republic of the Two Nations that then formed Poland and Lithuania from 1655 to 1660. She is a 12-year-old girl whose skeleton was exhumed from the bottom of the Tunel Wielki cave, a cave lost in the wild crevices of the Cracovian Jura, about twenty kilometers north of Krakow. The girl had been buried with two finch skulls, one placed near her cheeks, the other placed in her mouth. The case of this girl, buried in a very unusual way for the eighteenth century, has been the subject for three years of a concerted research campaign within several Polish universities. Just published, a study finally lifts the veil on part of theidentity and history: the mysterious young girl with the finches would thus be a Scandinavian contemporary of Louis XIV. At least partly pagan, it would have followed the Finnish contingents of the army of King Charles X Gustav of Sweden, at the time of his torrential campaign in Poland. An astonishing journey.

Read also: Discovered in Poland, a medieval sword could have been used at the Battle of Grunwald

"It was detective work

archaeologist Małgorzata Kot of the University of Warsaw, who took part in the research on the little girl with two birds, told Polish news agency PAP. Unearthed in the 1950s but never studied until recent years, the various remains of the cave had been scattered over the years in the reserves of different Polish institutions, which added a layer of additional documentary research on the arms of the scientists. The girl's head, for example, got lost in the reserves of the University of Wroclaw, while the bones of the two finches were the subject ofa scientific publication by researchers in Krakow… who knew nothing of their context - however rather particular - of discovery.

The cave in which the little bird girl was discovered.

“It was not a typical archaeological research”

Although it took a long time to get started, the work of the Poles succeeded, with the help of genetic and isotopic analyzes, in ruling out with confidence a possible Slavic origin.

Rather than a girl from Central or Eastern Europe, the deceased in Tunel Wielki cave came from across the Baltic, from a geographic area that would correspond to present-day Finland.

A Scandinavian track reinforced by the study of its atypical mode of burial which would, in all likelihood, be of pagan origin.

Dated in carbon 14 to the second half of the 17th or early 18th century, the girl lived at a time when the most remote areas of Scandinavia had not yet been fully Christianized. Later evangelized than Sweden, certain regions, such as Karelia, have seen pre-Christian practices persist, in particular in the funeral sphere, underline the Polish researchers. If the burial of the deceased with the heads of birds has not been attested by archeology, the animal remains deeply rooted in Scandinavian culture.

"Birds already symbolized at the time the wandering of souls after death,"

said Małgorzata Kot, who co-authored the study published in May in the German scientific journal

The finches could thus have been placed in the tomb of the young girl in a way which was intelligible to Finnish pagans: these animals thus provided a psychopomp function - of passage in the world of the dead - similar to that of the nocher Charon in the Greek world.

It remains to be understood what a 12-year-old Finnish pagan was doing in southern Poland, right in the middle of modern times?

To read also: Carl Gustaf and Silvia from Sweden: "Since Bernadotte, our country has chosen the camp of peace"

The Swedish and Polish national accounts have kept until today a very vivid memory of the war waged in Poland by Charles X Gustave from 1655. Defeat as overwhelming as devastating, this

, in Polish) came from the Baltic and caused the troops of the Scandinavian kingdom to surge from the Mazurian coasts to the mountains of Silesia… including several Finnish regiments, then under Swedish domination.

Krakow and its region thus find themselves occupied by a garrison of 3,000 men, composed mainly of Finnish soldiers, observed the Polish researchers.

Better still, several historical documents confirm the presence of foreign troops in 1655, at the castle of Ojców, near the cave of Tunel Wielki where the deceased was found.

But at that time, armies did not move alone.

"We often imagine that only the regular army entered Poland during the Flood, but the accounts of the time tell us that there were also a large number of women and children"

, recalled archaeologist Michał Wojenka, from Jagiellonian University in Krakow, who led the recently published study. Supported by his Polish and Finnish colleagues, the researcher considers almost certain the hypothesis of a pagan and Finnish origin of the girl, who arrived in southern Poland in the midst of civilians from the Swedish army. As for the more precise identity or the causes of death of the girl with the birds, they are still not known, even if the archaeologists noted that she suffered from severe undernutrition. Despite the deluge of resources involved, the mystery of his last days could have vanished forever with his two mortuary finches.

The skeleton, found in Poland with a bird in the mouth, is that of a 17th century Scandinavian child

Poissy: she finds human bones in her garden 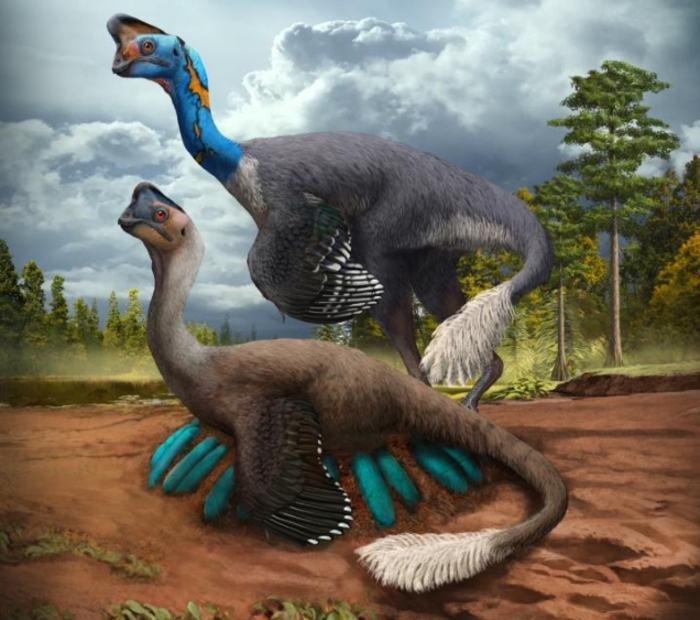 The first dinosaur fossil with a nest, intent on hatching 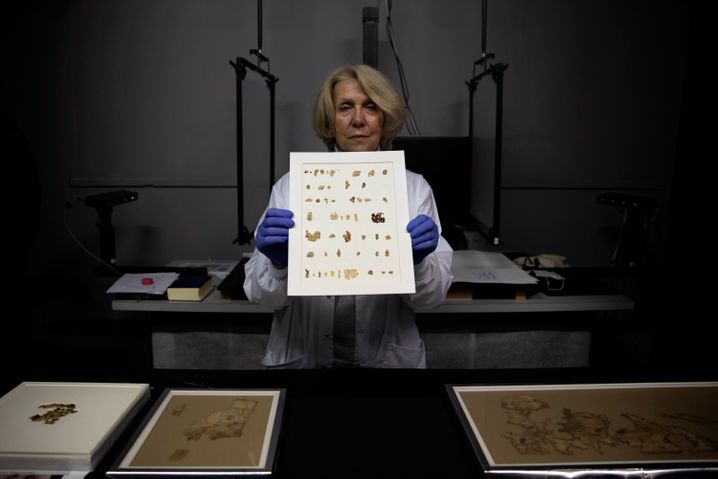 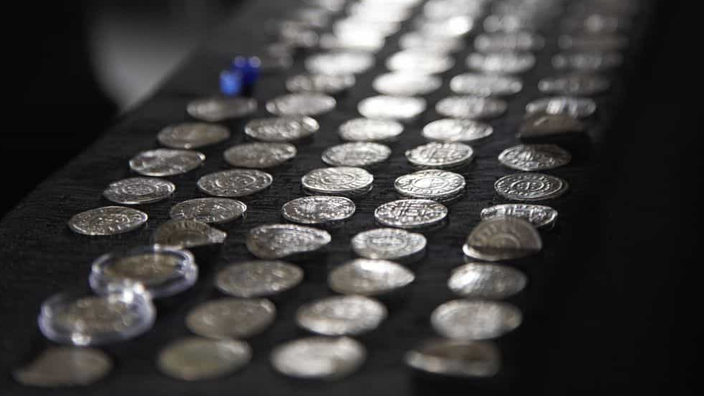 Was Paris saved from the Vikings thanks to this Carolingian treasure unearthed in Poland? 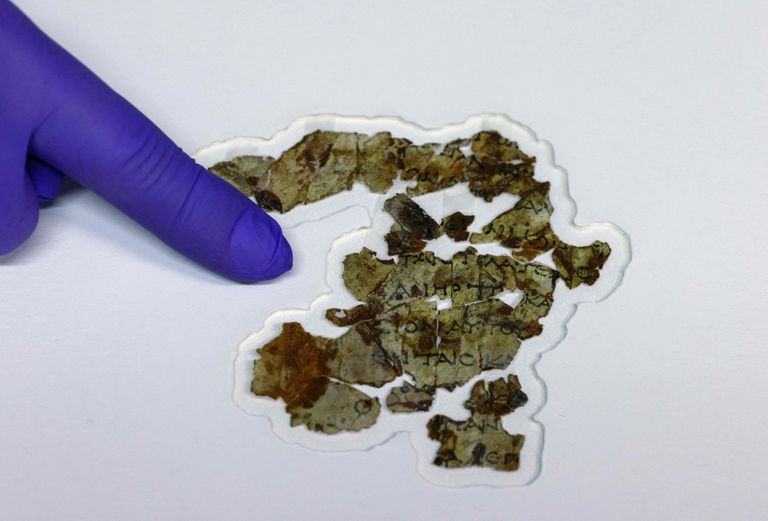 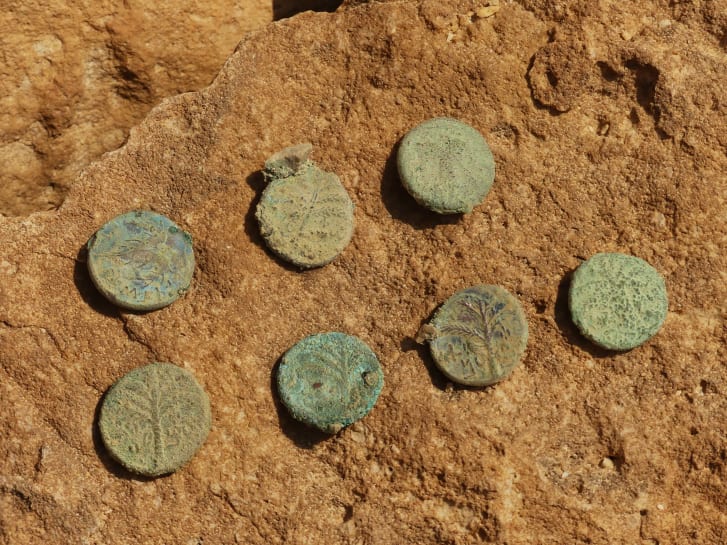 Discovered in the North: A 1500-year-old anti-demon amulet with the name of God - Walla! Tourism