Dolce &amp; Gabbana celebrates its return to the catwalks with great fanfare

In a setting reminiscent of the illuminated cathedrals of southern Italy, the Milanese label puts on the show with a spectacular collection. 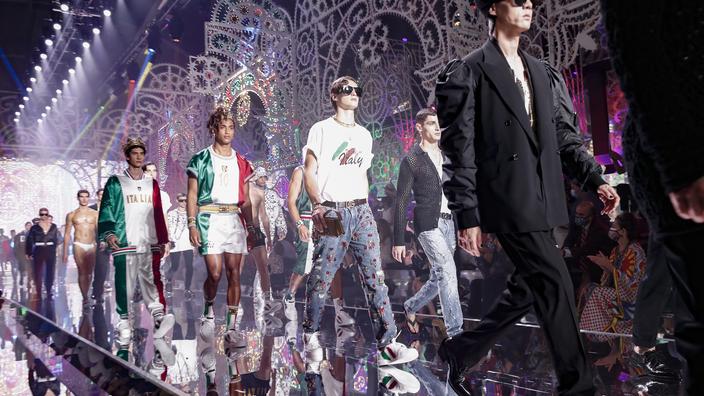 Every summer, from the first weekend of July, in Salento, the heel of the Boot, craftsmen set up monumental luminous sculptures that light up cathedrals, village squares and roads in color.

A little ahead and a little further north, the handpicked guests of the Dolce & Gabbana show were able to discover the

, inspiration from the Milanese label's (physical) show, this Saturday.

For this men's wardrobe next summer, the two designers are translating this tradition into a cheerful and lavishly ornamented wardrobe.

Colored layered long necklaces, elegant brooches and other details adorning the shoes complete this spectacular tribute to a tradition the two designers discovered as children.

On the costumes, details are reminiscent of the Luminarie, while prints appropriated their Dolce & Gabbana colors.

Also on the program, a nostalgic return to the spirit of the early 2000s. First through music: "

You See The Trouble With Me

», From Black Legend, a duo of Italian DJs who conquered the charts around the world with this epic hit house at the turn of the millennium. By the prints, then, like this T-shirt on which was simply written "2000 Fashion Moment". The ultra-faded and ripped jeans, worn with the underwear stripe (logoed, of course) visible and mesh top on a white tank top, seemed to have come straight out of the archives of the brand. Just like the minimalist swim briefs, available in crystal or monochrome versions, which are making a comeback after having copiously invaded the brand's advertisements some fifteen years ago. Domenico Dolce and Stefano Gabbana have, as often, perfectly captured the times: on TikTok and Instagram, the Gen Z, which has worn to the cord the codes of the 1990s,now falls in love with those the following decade ...

Finally, the last tribute is to their country.

The two designers offer several silhouettes in the colors of the Italian flag - set between the boxer and the footballer, flocked with the number 10, tricolor tracksuit on which is hand-embroidered a limpid "Italia", or even a simple white T-shirt on which is written "Made in Italy" and socks that could soon be all the rage among young transalpine ...

Of course, Dolce & Gabbana doesn't make fashion for everyone, and it takes a good dose of self-confidence to shoulder most of the looks shown this Saturday at the Metropol, the former cinema where the label has taken up residence. But the Italian label makes fashion with joy, enthusiasm, enthusiasm. Far from the gloom that has sometimes invaded an industry damaged by the crisis, the two creators put on the show. And the public is asking for more. 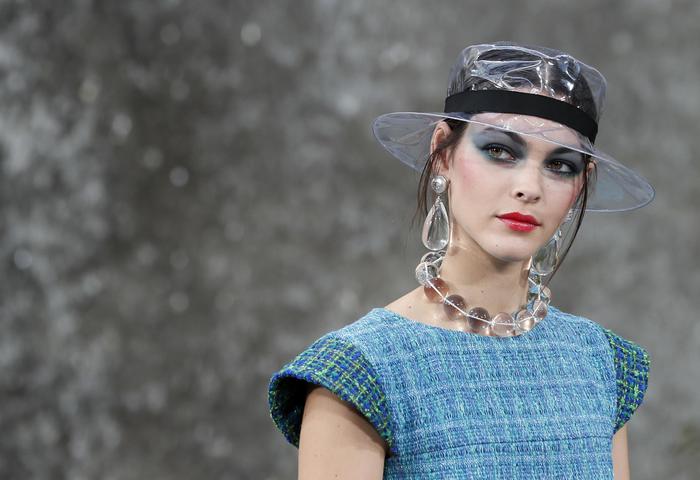 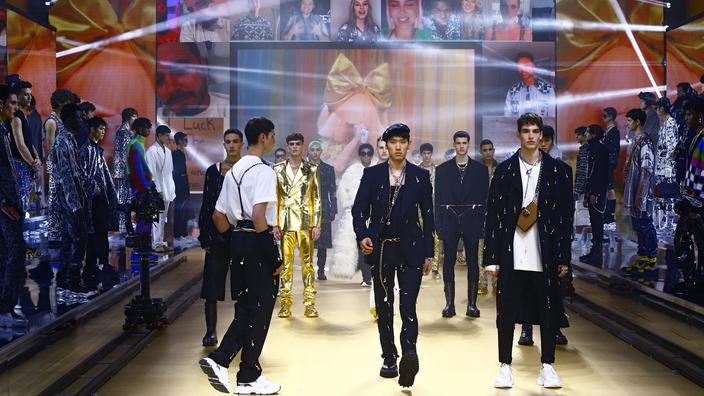 Dolce &amp; Gabbana celebrates its return to the catwalks with great fanfare 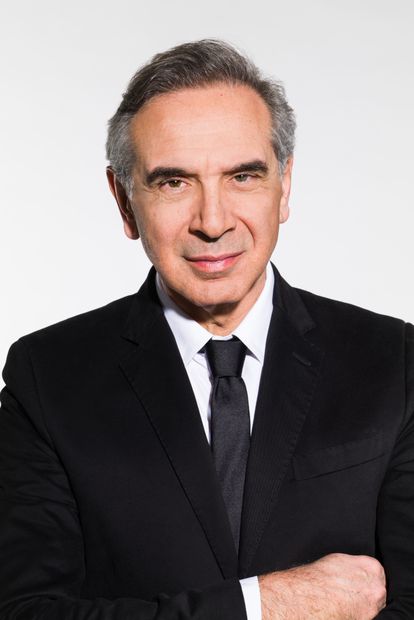 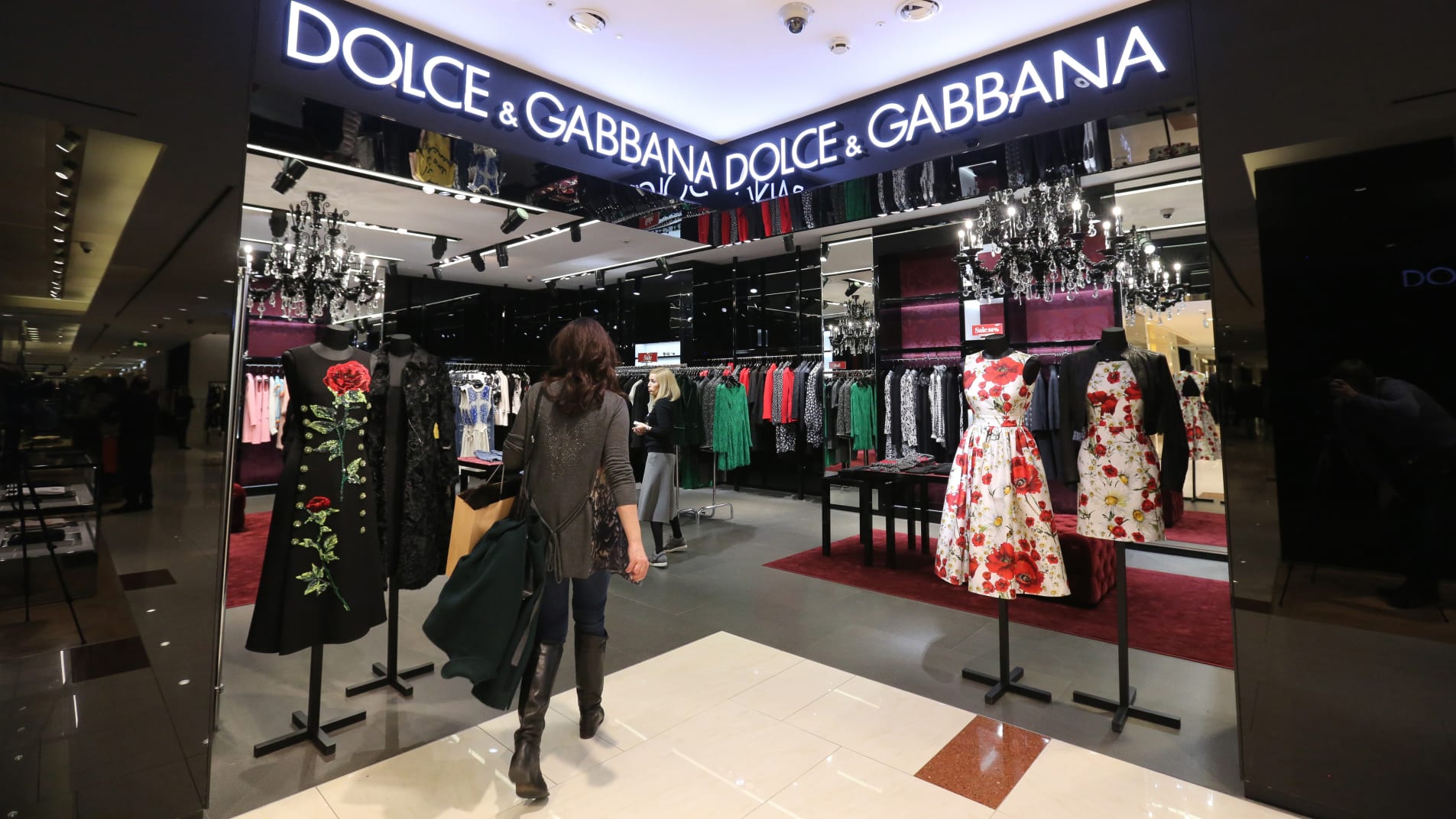