Alexander Dobrindt becomes the CSU's top candidate for the federal election in 2021. Meanwhile, Markus Söder is pushing through a far-reaching change. Alexander Dobrindt becomes the CSU's top candidate for the federal election in 2021. Meanwhile, Markus Söder is pushing through a far-reaching change.

Munich / Berlin - Now the CSU also has its top candidate for the federal election in 2021. As reported by several media outlets, including the BR, the party will go into the election campaign with Alexander Dobrindt at the head.

In order to defend the chancellorship of the Union as far as possible through an election victory for Chancellor candidate Armin Laschet (CDU).

Dobrindt is the head of the CSU regional group in the German Bundestag and is therefore often in Berlin instead of in the home state of Bavaria.

According to BR Digital, State Minister Dorothee Bär is in second place on the list of second votes, followed by Federal Transport Minister Andreas Scheuer.

It is an indication of a far-reaching change that party leader Markus Söder has driven.

Because: As it goes on, the CSU will for the first time move into the federal election in 2021 with a list with equal numbers.

A final decision is to be made on this next Saturday (June 26th) when the list is drawn up in the open air in the Max Morlock Stadium in Nuremberg.

In the 2017 federal election, the Bavarian Interior Minister Joachim Herrmann was the CSU's top candidate.

Federal election 2021: CSU moves into the election campaign with a parity list

The 51-year-old Dobrindt, who comes from the Upper Bavarian Peißenberg south of Munich, was Federal Minister of Transport from December 2013 to October 2017 and CSU General Secretary from February 2009 to December 2013. In the federal election in 2002 he won the direct mandate for the German Bundestag for the first time in his constituency of Weilheim. 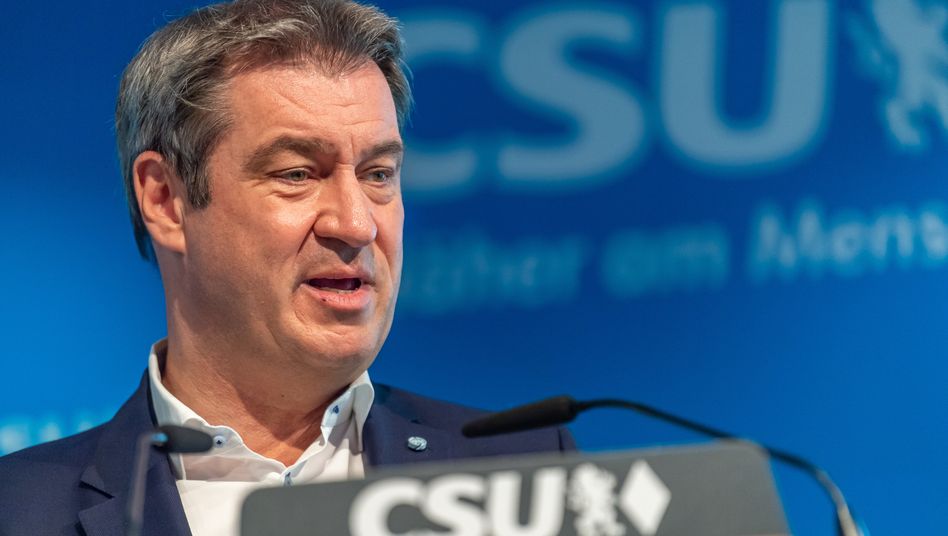 New survey: Baerbock's Greens under pressure - the SPD is on their backs