The 2021 federal election is approaching and SPD chancellor candidate Olaf Scholz is getting support from someone who used to campaign for the CDU and Angela Merkel. The 2021 federal election is approaching and SPD chancellor candidate Olaf Scholz is getting support from someone who used to campaign for the CDU and Angela Merkel.

So he can permanently watch the Chancellor how it works with government.

Both distinguished themselves as crisis managers in the coronavirus pandemic, and Scholz was particularly challenged as Federal Finance Minister in recent months.

In the 2021 federal elections, Scholz himself is running as the SPD's candidate for chancellor, and would like to replace the CDU and CSU union. But the polls for the federal election do not predict that the 63-year-old Lower Saxony and former mayor of the Hanseatic city of Hamburg will have a good chance against Green Chancellor candidate Annalena Baerbock and CDU Chancellor candidate Armin Laschet. Most of the time, the SPD is assigned around 16 percent in favor of the electorate. So what to do

Scholz got support for this from a former supporter of Merkel.

According to this, the 43-year-old Raphael Brinkert should advance the election campaign of the Social Democrats.

Brinkert is an advertiser and, according to

Among other things, he was involved in the CDU's campaign for the 2019 European elections.

But Brinkert has been a member of the SPD since January 2021, after the party hired his agency in autumn 2020.

Federal election 2021: SPD Chancellor candidate Olaf Scholz is behind in the polls

Brinkert tailored the campaign entirely to Scholz because Brinkert assumes that the appearance of the candidates for chancellor will bring the decision, the

Scholz is seen as factual, pragmatic and calm, and likes to speak plain language on individual topics.

It will be up to Brinkert in the months and weeks before the federal election in 2021 to cast these characteristics into an image and profile.

Not that the SPD not only loses the federal election, but is also thrown out of the federal government.

According to the polls, there is still work to be done. Chancellor candidates 2021: who are Laschet, Baerbock and Scholz?

“Not remotely”: Although Laschet would need it - Merkel is probably staying completely out of the election campaign 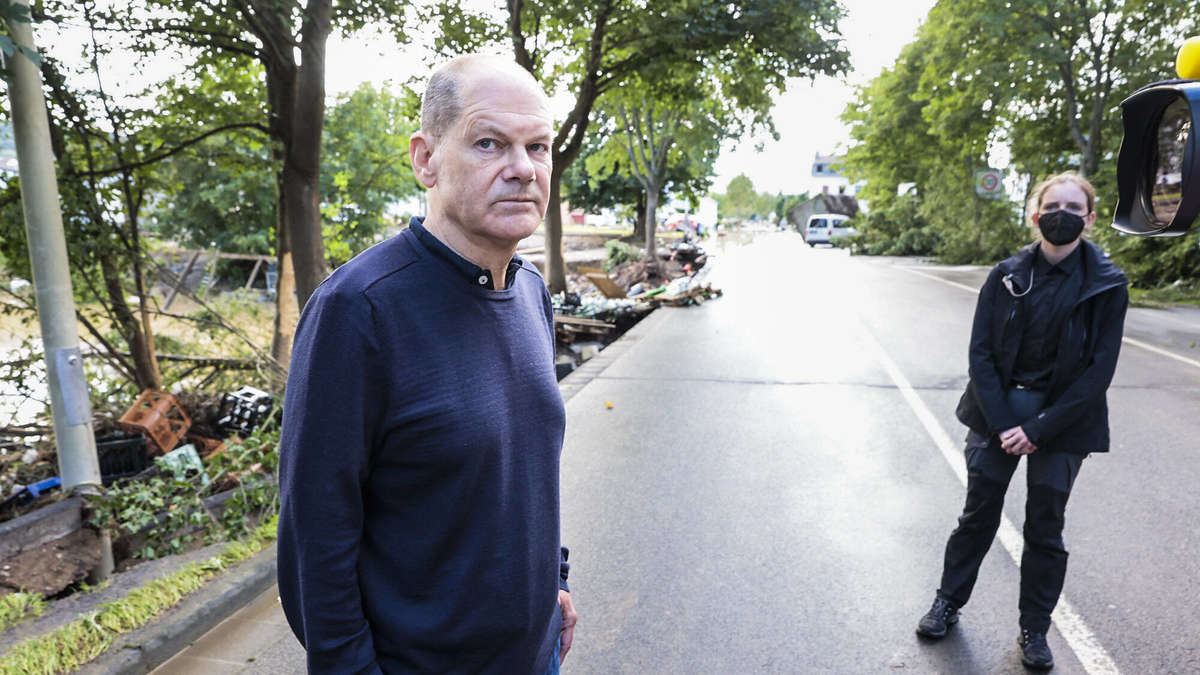 As a crisis manager to catch up: This is the scenario that brings Olaf Scholz to the Chancellery