The president of Barcelona wants Leo to renew for two years and said that Kun "is repeating him every day to stay and sign now." 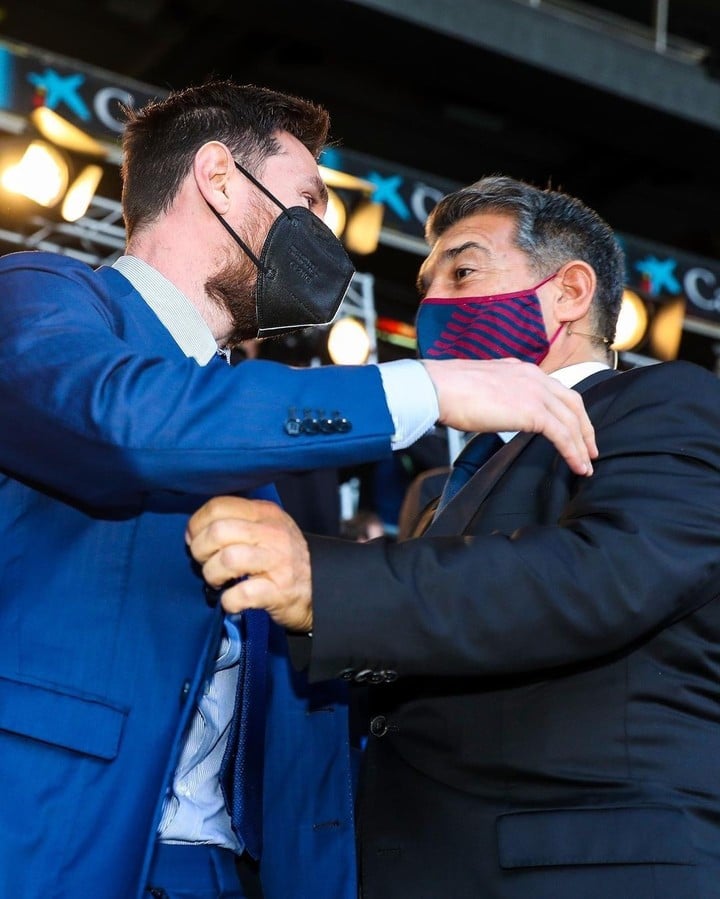 The president of Barcelona, ​​Joan Laporta, has a priority: to seduce Lionel Messi into staying at the Catalan club.

And the operation to ensure its continuity has been underway from the first day in these 100 days of mandate.

"Leo Messi's boots will continue on the Camp Nou pitch. He wants to stay. I don't contemplate a no. But it's not easy. We do what we can. It is not necessary to seduce him, he is determined if there are a series of circumstances to stay "Laporta said.

Lionel Messi and Joan Laporta have an excellent relationship.

Messi concludes his contract with Barcelona on June 30

and has not yet revealed what his intentions are after last summer seeking an exit from the club by sending that historic burofax.

Although a lot has changed from that Barcelona to this one, in which it has a new president and the recent incorporation of

Agüero is helping: he is repeating every day to stay and sign now," the

in a talk with La Vanguardia.

Kun Agüero has already put on the blaugrana.

Kun, after playing the Champions League final, saying goodbye to Manchester City and signing with Barsa, traveled to play the Copa América and meet again with La Pulga, whom, according to Laporta, he is trying to convince to join I stayed to throw walls with him in the bunker of Argentina.

In the economic aspect he has made it very easy

, the financial fair play is another battlefield," said the head of Barcelona.

Will Kun be able to convince Leo?

Or will Laporta be the one who has to offer him a sports project with the potential to win the Champions League to get him to sign?

For now, beyond the additions of Agüero and Memphis Depay and the permanence of Ronald Koeman, everything is still too similar in the Catalan club.

"I have found the club worse than I expected, and that I already expected it in a very complicated situation."

"Everything will be explained, because otherwise we would become accomplices. They always appear in the contracts. There are things that have to be explained and I am going to ask the previous board to do so. I do not rule out any action."

"Now I and my board are in charge.

We have found a staff with outdated salaries

; we will have to juggle. The only thing that will allow the market will be exchanges and barters.

As for sales, unfortunately there will be few

"There will be three or four more signings. We are creating a very competitive team. We are going to compete to win the Champions League."

"(Wijnaldum) last week escaped us. There are state clubs that can have any player, they just want to. The player, especially according to their age, values ​​the salary before being in a club with projection."

"I saw LaLiga won and we lost it, and I told Koeman. This process has gone well for our relationship. The conversation is much more fluid, we have said things to each other."

"Jordi comes to help. He has knowledge, he is smart, fast ... but he becomes Jordi Cruyff and not Johan's son. He is a friend of Ronald and speaks the same language."

"In the Spanish League there is a much more rigorous financial 'fair play' than in other leagues.

I hope that we all use common sense and can allow us, in the event that we reach a definitive agreement, to sign Leo

"Riqui Puig is loved by other teams, but we think that he is a strategic asset of the club. That he starts in the group and wins the position, and that the coach is willing to win it."

"From the conversations with Piqué we are very happy and grateful because he is the first to help, for sure. He has shown his Barcelona skills in difficult moments."

"My sister (Maite Laporta) is more than qualified to work at Barsa. The situation is very serious and requires trustworthy people. She had a decisive impact on my electoral campaign and is also a tireless worker. She will be responsible for diversity and inclusion".

Messi + 10 again: the national team is ultra-dependent on the flea while Scaloni rearms the spine

Selection: Lo Celso and Nico González are touched, will there be a chance for Agüero? 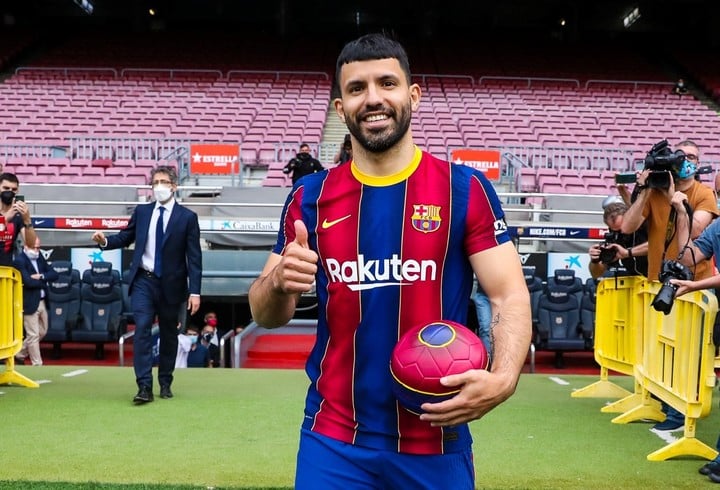 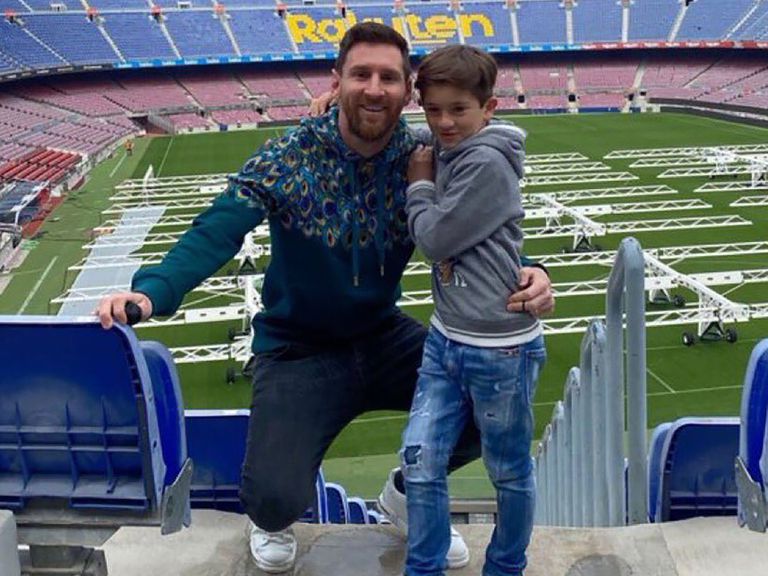 In the name of Messi 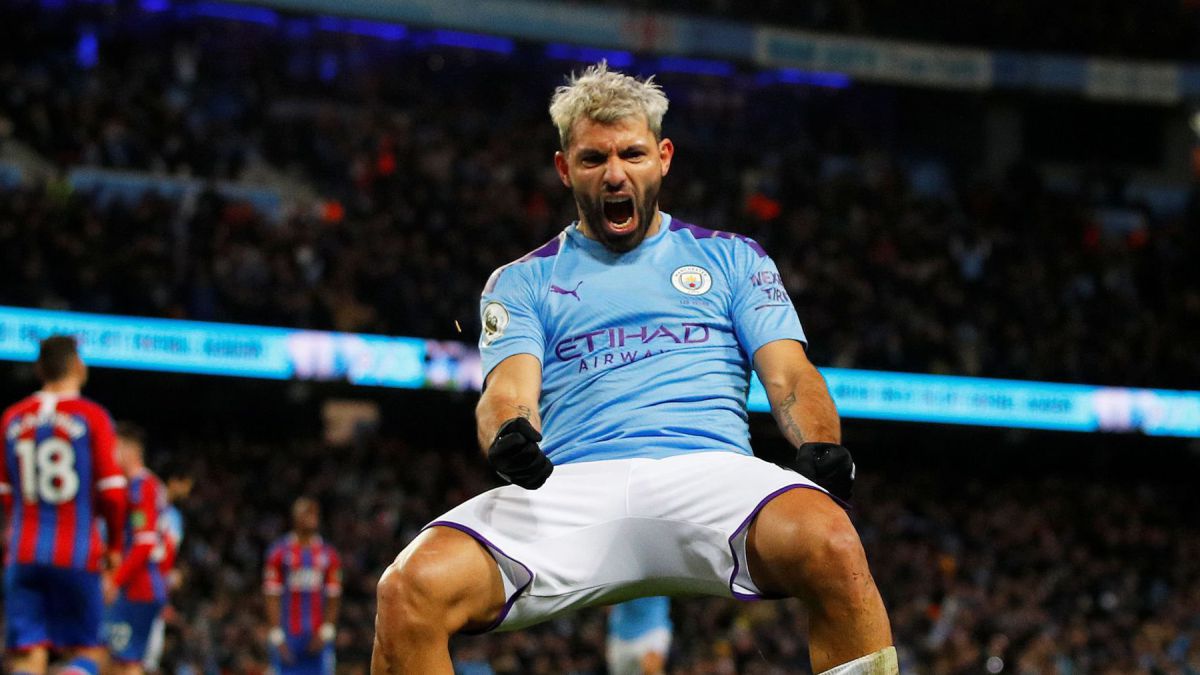 The day after the elections in Barcelona: Messi celebrates, Cruyff in a position of power, Real in trouble - Walla! sport

Barça: Messi about to extend his contract for two years? 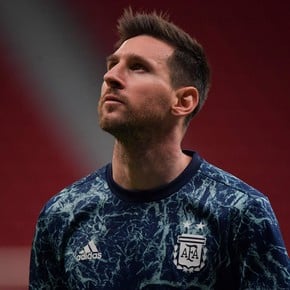