On the first Saturday with open shopping malls, Father's Day gifts were combined with the 'desire to shop'

They had been closed for two months. On the weekend of the return, the search for the gift was the excuse to enjoy them as a walk. 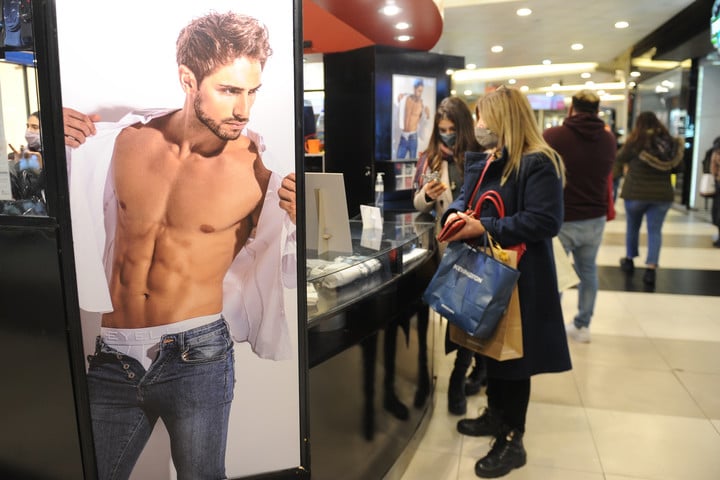 After two months of being closed for the second time so far in the pandemic, this Saturday afternoon, on its first opening weekend,

There were those who waited at the last minute to find the Father's Day gift and also those who simply wanted to "go shopping."

the windows and levels of Alto Palermo and Abasto, the gift trend was clear:

But there were also the lines at the doors of the bookstores.

In all cases, the famous "capacity" commanded first.

One person every 15 square meters

, and the gastronomy in closed spaces, could not be.

Clothing, cladding and technology were the most sought after to give to dad.

Then the topic of schedules.

Because for those who went with the idea of ​​buying a gift or just going for a walk, it seemed that they had to

"learn again how to go shopping

Macarena R. is 25 years old, lives five blocks from Alto Palermo and was one of those who

googled to know from what time she could go

and looked at the reviews to find out

"if the locals could be entered with a companion"

or if her choice of gift would end up being one-man.

There, as in most shopping malls, you can enter with the desired number of companions, but

is very clear on a white poster pasted on each of the windows.

In general, the premises have a capacity of up to 4 people, but there are up to 2 and up to 7. This protocol, prior to Father's Day, made purchases almost in VIP format.

Each window in Alto Palermo had the number of people admitted on the window.

This is how Macarena lived it. "We are here alone, with the saleswoman, we can see everything without other customers. Beyond the coronavirus care, that is great in itself.

It is as if they closed the business for you.

You do not have to walk passing the hangers with another client, seeing if you can grab what she also wants to grab, "he told

"It's not like when Wanda Nara closes Versace in Europe for her, but do you more or less understand the idea?", Finished Macarena.

The analogy could not be more eccentric, but it was being mundane there, in that place.

The champagne and Mauro Icardi were missing.

But since the two sisters were there, he would have to wait outside.

That and other protocols were followed.

, where the scaffolding for the 5,000 m2 expansion work is located, which will include 10 new brands.

At the entrance to Santa Fe del Alto Palermo avenue, everyone was controlled with a thermal camera.

"In addition to the double protocol (alcohol and capacity within each premises), we have

signage for circulation, distancing and care

. There is a constant reminder of the use of chinstraps, bathrooms enabled with distancing and permanent cleaning of common friction surfaces (handrails, rails). And the staff controlling chinstraps to employees and tenants, "

The prices would not be those of Milan either, but the buyers came looking for

In addition, with APPA, the app for the IRSA company's shopping malls, there was a 25% and 30% discount with all means of payment.

Alto Palermo's clients went in search of the promotions.

In the winter bidding

, they won the seconds widely.

We are selling very well, more today than in the week.

They are taking away to give away many more polars than jackets," a Columbia salesperson told this newspaper.

Gabriela and Juana, women from Palermo in their 30s, defined themselves as the "hang up" type of customer, who waits for the evening before the holiday to find the best gift to entertain.

"Disaster, yes, but at least

," said Gabriela, who is a lawyer and had to buy a gift for her father and her husband.

"We came together to take advantage of 2X1."

Strolling through Alto Palermo shopping, on the first weekend since its reopening.

Outside the mall, 10 shipping containers were installed, converted into commercial premises on Arenales street, the second entrance.

At Rever Pass, the saleswoman was also happy with the sales.

"You have to see after Father's Day but if not, we are doing well.

People are eager to buy, beyond the gift,

(it is worth remembering that it is an informal brand), there was a technical tie.

Outside of Alto Palermo, on Arenales, they installed ten containers conditioned as premises.

Alto Palermo, open from 10am to 8pm, allows

gastronomy until 11pm, but only for take away or delivery

And you couldn't see people eating standing up.

In fact, the food court of that shopping center -which was always characterized by being quite small- at noon only had a line, and of four people, at McDonalds.

In the Alto Palermo food court, you could only see a small line at McDonald's.

"Whether there is Father's Day or not,

you want to go shopping

and when it was closed it was a downturn. It's not that you only come to buy something on time. I already had the gift, I bought it online and I looked for it in the week here too , but today I came with two friends to see, to buy clothes, to buy us a coffee to go. You find brands in the shopping and, besides, outside in the street it is a mess of people, "said Connie, 45 years old. , in front of Zara's door, the place with the largest line.

They were all women.

"Come in please" was heard from the "receptionist".

Sprayed hands and 5 people at a time.

In the shopping malls there was alcohol gel for everyone.

Behind Connie, in that row was Julieta Hurtens, 32. "It's a bit embarrassing to wait to get in but this is a big place so it's not that big. I come to the mall to see something for me, then my sister falls, now. We have the gift for dad. I don't buy anywhere else in Palermo that is not in the shopping.

It's an outlet where you have everything.

I live in an apartment nearby, I work in a home office and before the pandemic I came here, easy. once a week. Imagine that I need it, to go out to distract myself. It's safe here too, "he continues.

For the other "force", the one looking for a gift, there were the options of

The Nº1 "An Argentine story", by Jorge Fernández Díaz ($ 2,400), Nº2, "The general functioning of the world", by Eduardo Sacheri ($ 1,799) and the Nº3, which according to one of the sellers "rebounded strongly these days", " Primer Tiempo ", by former president Mauricio Macri.

Books were another alternative gift for dad.

Far from that gap between fiction or non-fiction, a bottle of wine seems to continue to be considered a more masculine than feminine gift.

And those who choose it to give away are women.

boxed wine with a glass

. They think well of a gift that is enjoyed from the knowledge of the taste of wine and serves to share, "he highlighted, while a blonde woman paid with debit.

The Abasto shopping mall is the largest in the City and now has a capacity for 3,000 people.

opened a little later than the others.

Before 11, there were at least 20 people waiting sitting on its classic stairs.

"It is a decision so that merchants can better adapt the shifts of their employees," they explained to this newspaper from that shopping center.

only for take away or delivery

the largest in the City

Once inside, the protocols were the same as in Alto Palermo.

Clothes and a more family atmosphere and of young couples reigned.

Their giant food court was also desolate, with chairs on tables.

Between posters with instructions to circulate and stained glass windows, people were reunited with the Abasto.

Due to the signage on the floor, some people, upon entering, stopped every two meters to read a message, such as "circulate in this direction" or "do not stop."

The "little fingerprints" made us feel guilty.

Are we driving on the right side?

A few meters further into the Abasto, everything was more relaxed.

The strict thing was 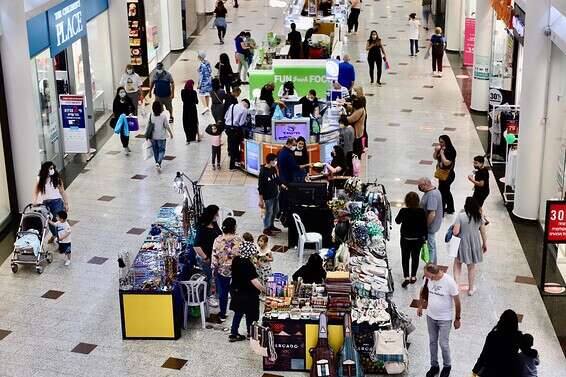 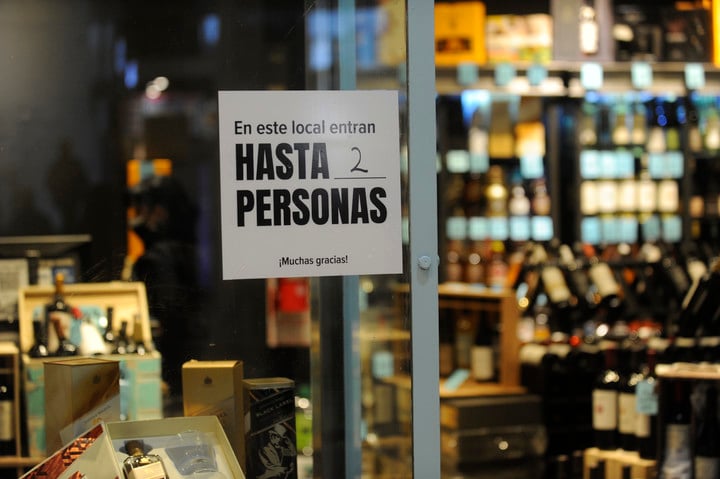 On the first Saturday with open shopping malls, Father's Day gifts were combined with the 'desire to shop' 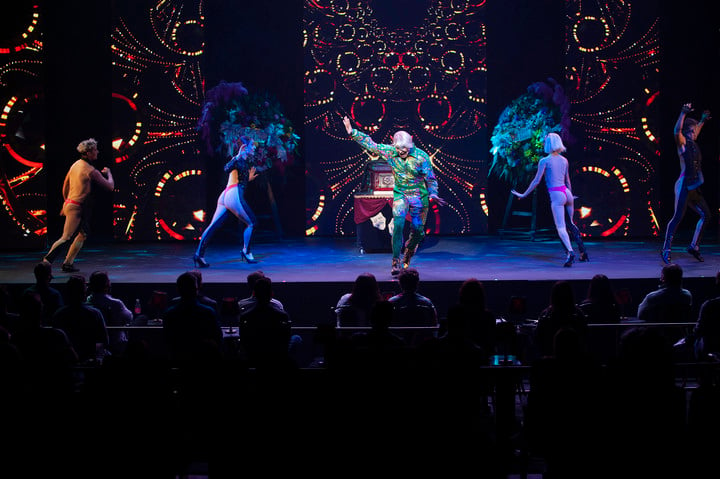 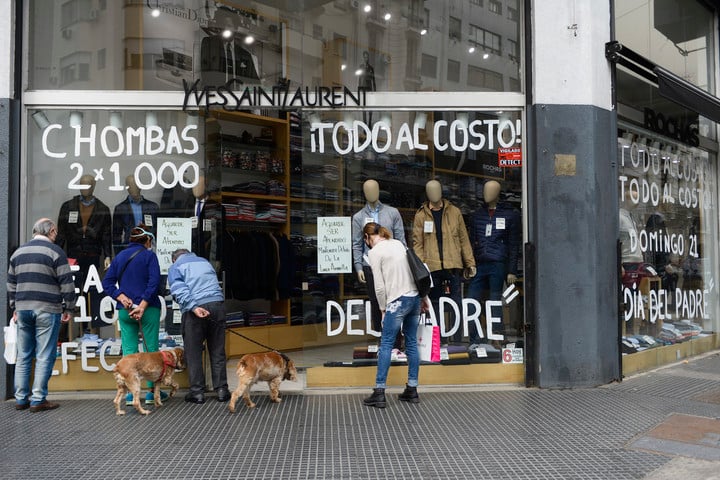 Father's Day: bank by bank, what promotions are left to give away and celebrate with a discount 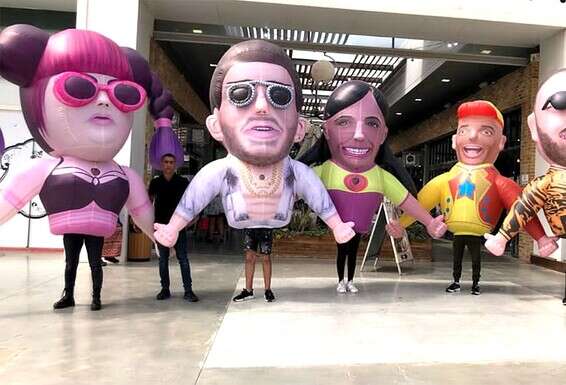 Vote for the mall: The promotions are already waiting Israel today 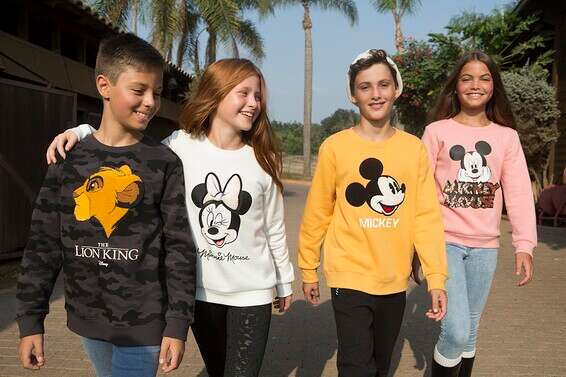 We have collected the hottest promotions for Passover Israel today 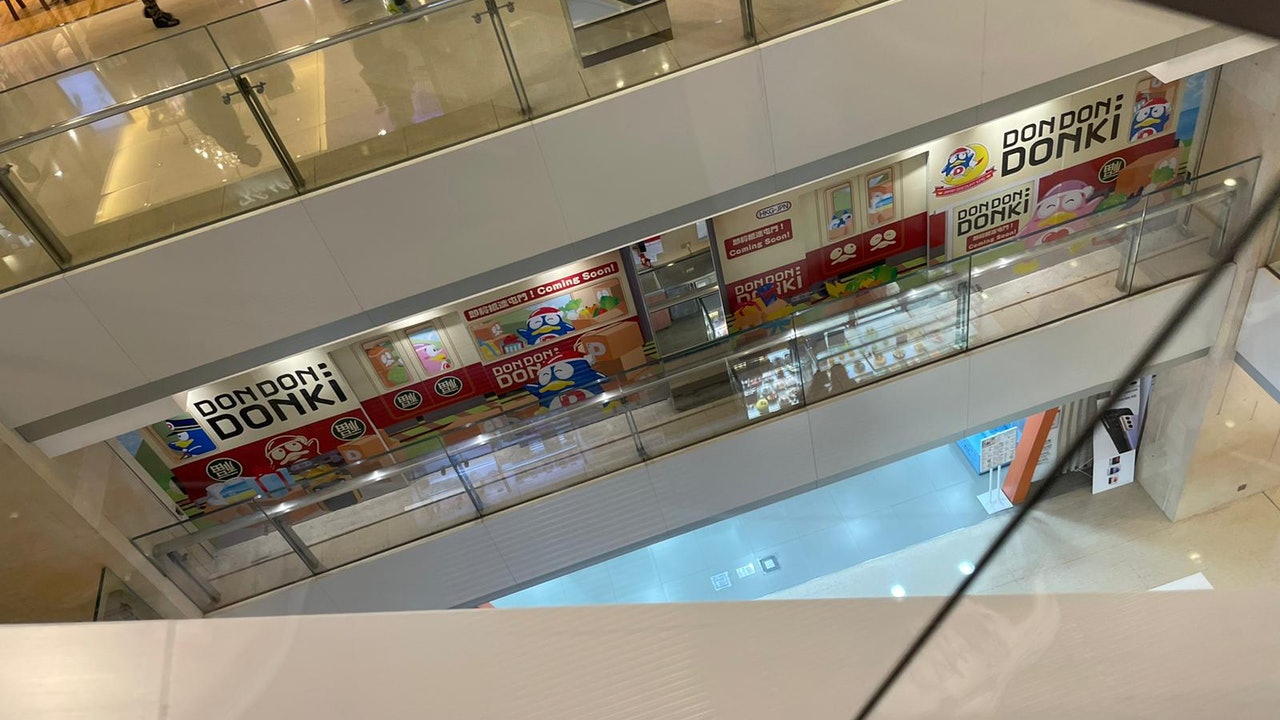 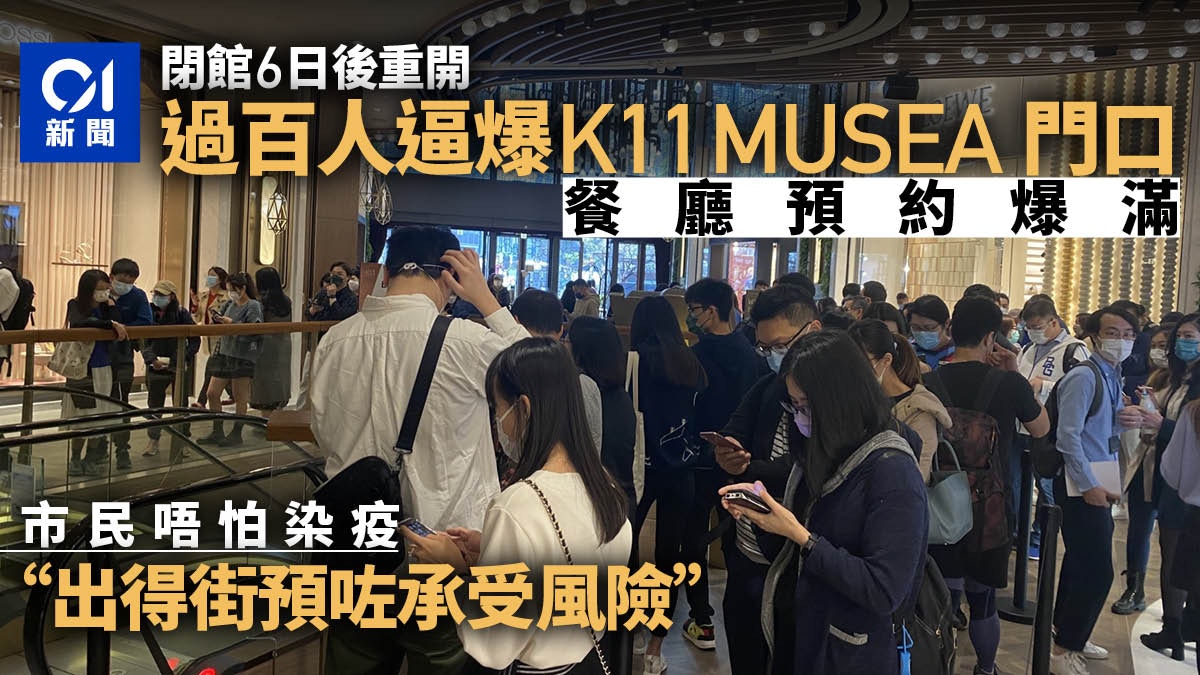