It is the first time that surgeon MonSef Dahman has spoken about the tragic episode. What happened in the operating room, how were the last hours of the princess and the siege of the press. 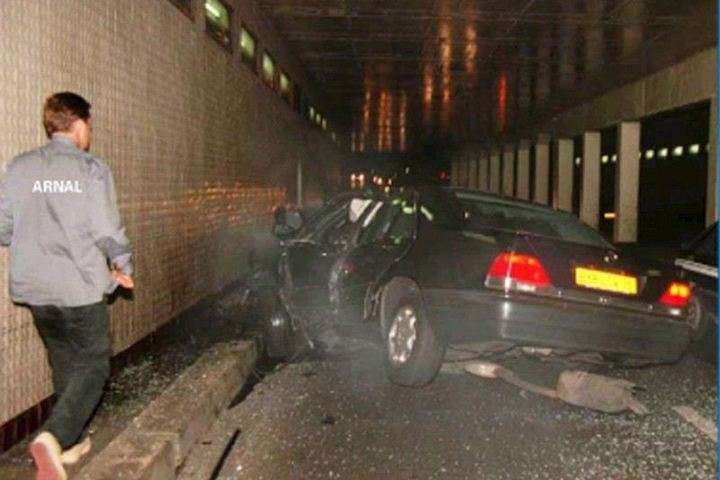 This is how surgeon

the early morning of August 31, 1997 when, despite all his efforts, he was unable to save Lady Di.

the doctor has talked about what happened in the emergency room.

In an exclusive interview with the

, Dahman set out, among other things, to banish the conspiracy theories that always surrounded the death of the Princess of Wales and to

vindicate the work of the doctors at

the Paris hospital, who did

everything they could to prevent the death.

The memory of the fatal night

Like every August, the French capital was almost empty.

A large part of its inhabitants enjoyed a well-deserved rest at sea -or other destinations-.

with my son (they already had a daughter). As a result, I worked all summer," he clarified about his service presence at the

The night of the accident,

His shift had started at 8 in the morning, it had been a fairly quiet day and he was resting in the hospital service room when he was notified of the

admission to the emergency room of

The remains of the Mercedes in which Lady Di and Dodi al Fayed were traveling at dawn on August 31, 1997 through the streets of Paris.

crashed in the Alma tunnel at

However, she did not arrive at the hospital until 2:06, as paramedics had tried to stabilize her at the scene of the accident.

On the way he had a cardiac arrest.

, the main anesthesiologist on duty, telling me to go to the emergency room.

They did not tell me it was Lady Diana

, but that there had been a serious accident involving a young woman, "said the doctor in the interview.

And he revealed: "The organization of the Pitié-Salpêtrière hospital was very hierarchical. So when you received a call from a high-level colleague, that meant that

the case was particularly serious

When she got to the emergency room she found her intern in a corner, completely overwhelmed by the gravity of the moment.

It was then that he was told that the person who

was unconscious on the stretcher

was Diana, the Princess of Wales.

"For any doctor, any surgeon, it is of great importance to face such a young woman who is in this condition. But of course,

even more so if she is a princess,

The princess entering the Ritz Hotel alone to dine with Dodi Al-Fayed.

A few hours later he would die.

When she got to the hospital, Lady Di had had an X-ray taken.

The images showed that his chest was suffering from

Therefore, the first thing they did was a chest drain: the extraction of excess fluid from the chest cavity.

An emergency surgery, despair and the sad end

in the ER, as they still did not know her blood type.

Around 2.15 in the morning he suffered

The situation had become more critical.

A more extreme intervention was needed.

She underwent an external cardiac massage and,

still on the emergency room gurney, they decided to perform the surgical procedure

"It was truly exceptional. I did this procedure to allow him to breathe. His heart could not function properly because he lacked blood," the doctor recalled.

The security camera shows Diana leaving the hotel after dinner.

As a result, Dahman discovered that the princess had suffered a

significant tear in her pericardium

, the membrane that protects the heart.

The prognosis was getting worse.

At that point, only a miracle would save her.

Then, to the emergency room they summoned Professor

the best cardiac surgeon in France

They had literally taken him out of his bed.

And all hopes were pinned on him.

If anyone could save her, it was him.

Pavie decided that Diana should be transferred to an operating room.

He suspected that the main source of his internal bleeding had not yet been found.

An additional surgical exploration was necessary to discover

the most serious injury

But Diana's heart had stopped before the surgical exploration and was not restarting.

They were losing the battle.

, several times and, as he had done in the emergency room, cardiac massage. Professor Riou had given him adrenaline.

But we couldn't get his heart to beat again

Diana looks back at the car.

At his side, Dodi Al-Fayed.

It is the last time she was seen alive.

The team continued these

for a full hour

It was all in vain.

, we tried a lot, really a lot. Frankly, when you're working under those conditions, you don't notice the passage of time," said the doctor almost 24 years later. "The only thing that is important is that we did everything possible for this. young".

At first, he admitted, he had been

“People have arrived at Pitié-Salpêtrière who were in very bad condition, more serious than Diana when she arrived.

It is one of the best centers in France for this type of traumatic emergency.

we saved some of those people

, which made us especially happy and proud, "he said.

Prince Charles, Diana's ex-husband, along with the couple's children, William and Harry, at the massive funeral.

But this time it was not possible.

, the team, led by Pavie, accepted that

no more could be done to revive the patient

It was a "collegiate decision," Dahman recalled.

The extraordinary life of Diana, Princess of Wales, had come to an end.

- “it is always a great disappointment to see someone young leave us” - he left the operating room, called his boss to tell him what had happened and to prepare him for the chaos that was likely to come, and then returned to the break room. .

Lady Di and Dodi al Fayed, his last partner and who also died in the accident, walking along the French riverbank.

He was too tired and depressed to pay attention to French officials, including President

, who began arriving at the hospital early that morning to pay their respects to Diana.

In the days following the princess's death, the doctor witnessed events as unpleasant as they were shameful.

Some media tried to infiltrate the hospital rooms and corridors

to get closer to those who had treated Diana.

An episode he had never talked about before was etched in his mind.

“When I was treating Diana, I wore my white clogs.

And obviously in that situation you pay no attention to anything other than trying to save the patient.

It was only the next morning that I noticed that my

clogs were stained with his blood,

"The hospital is very big and I was walking between buildings, when a Frenchman approached me and said: 'Ah, your clogs, they interest me. I want to buy them.

There is blue blood on them

.” Horrified, the surgeon refused and immediately he cleaned the clogs he had worn that night.

The memory and the present

Today, MonSef Dahman works as a surgeon in the

that "billionaires' playground" that once charmed Pablo Picasso and Scott Fitzgerald and still draws the Hollywood elite.

Life is good there and his career is satisfying.

But the specialist admits that he still feels emotionally affected by what he has experienced.

"The idea that you lost an important person, for whom you cared personally, marks you for life," he clarified.

Controversy: after the birth of their daughter, Harry and Meghan want to sue the BBC for a rumor about Lilibet 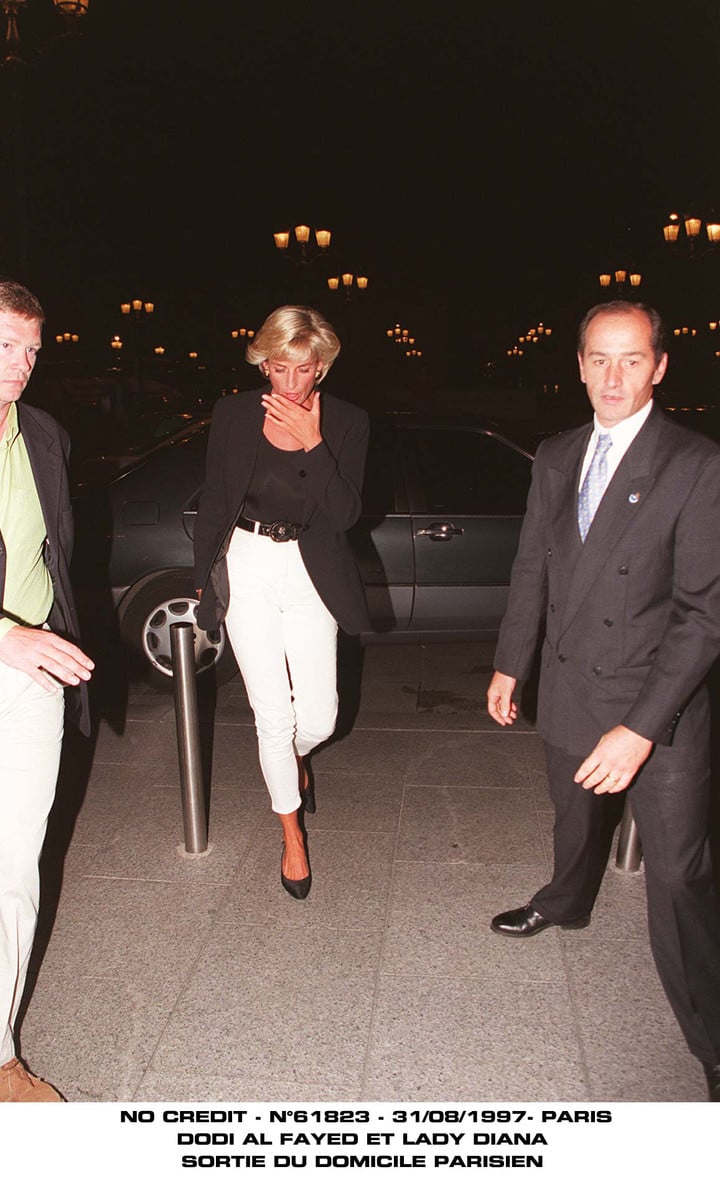 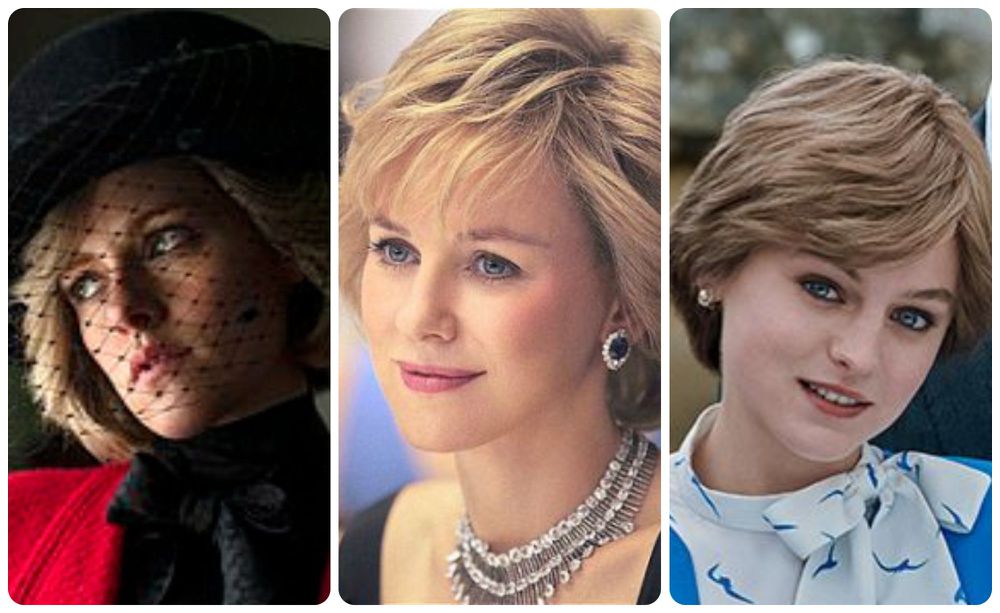 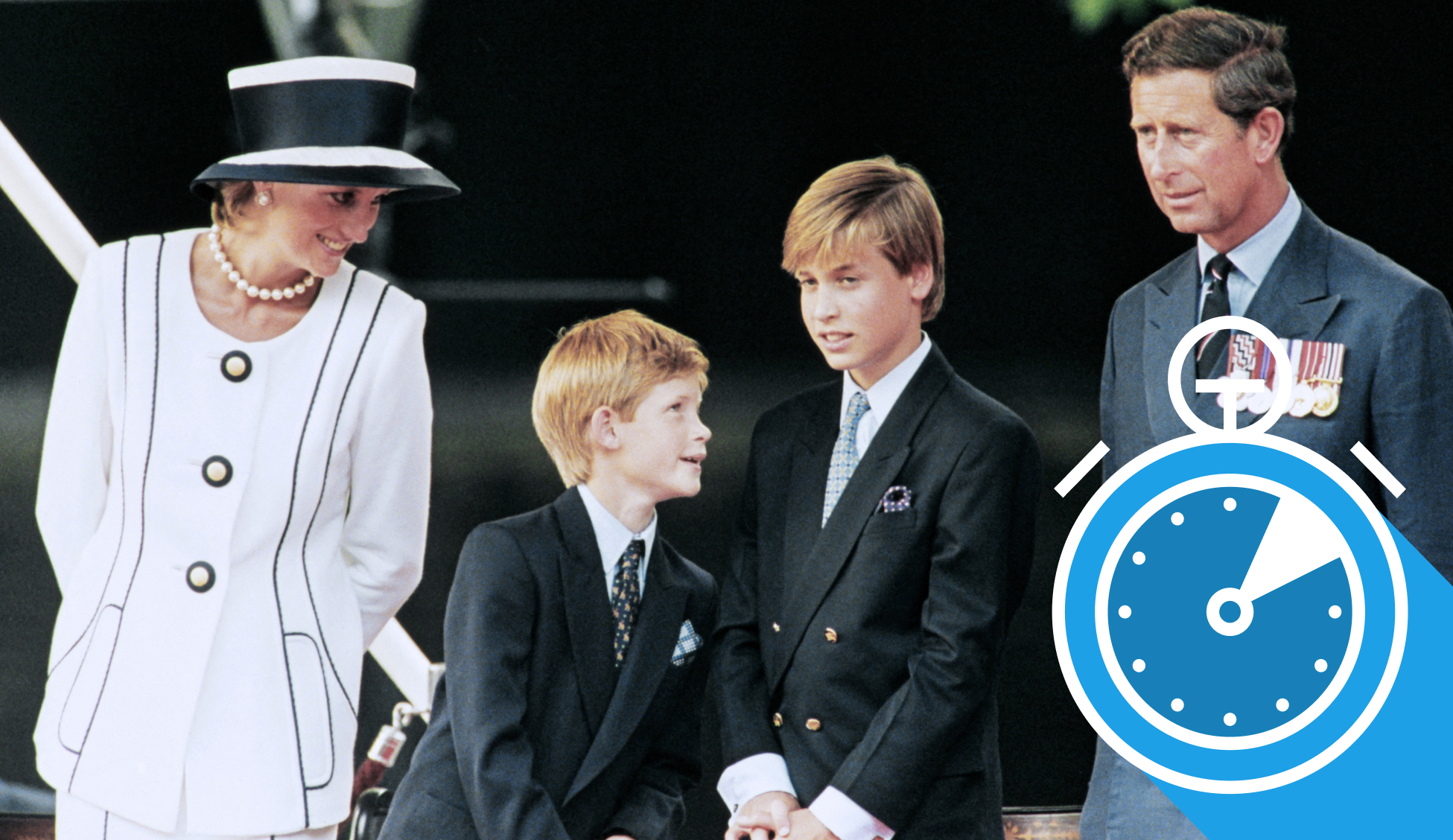 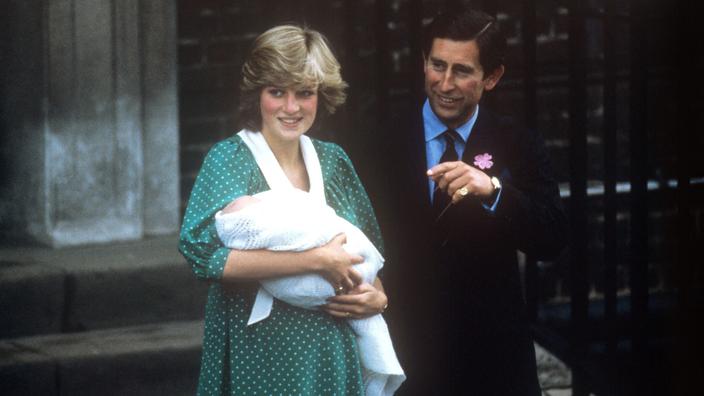 Due to lack of venue, the musical on Lady Di will be premiered on Netflix 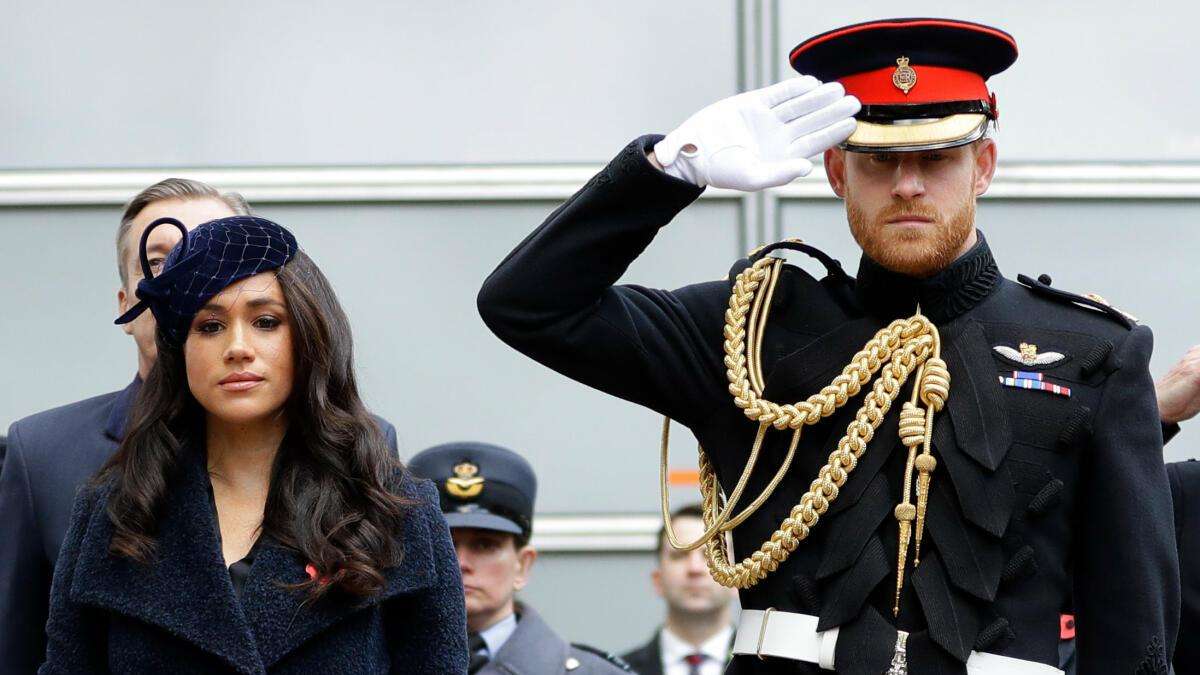 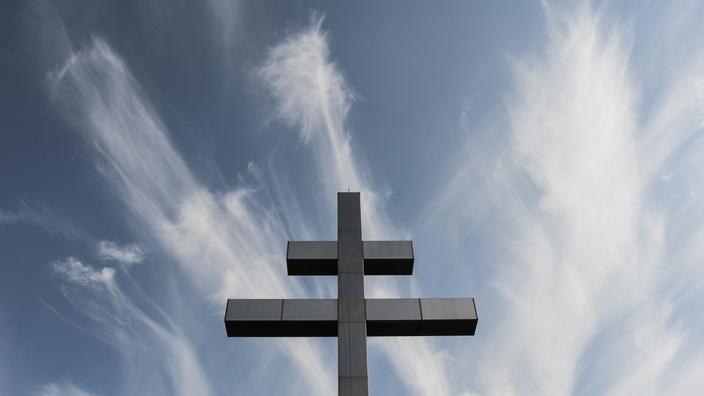 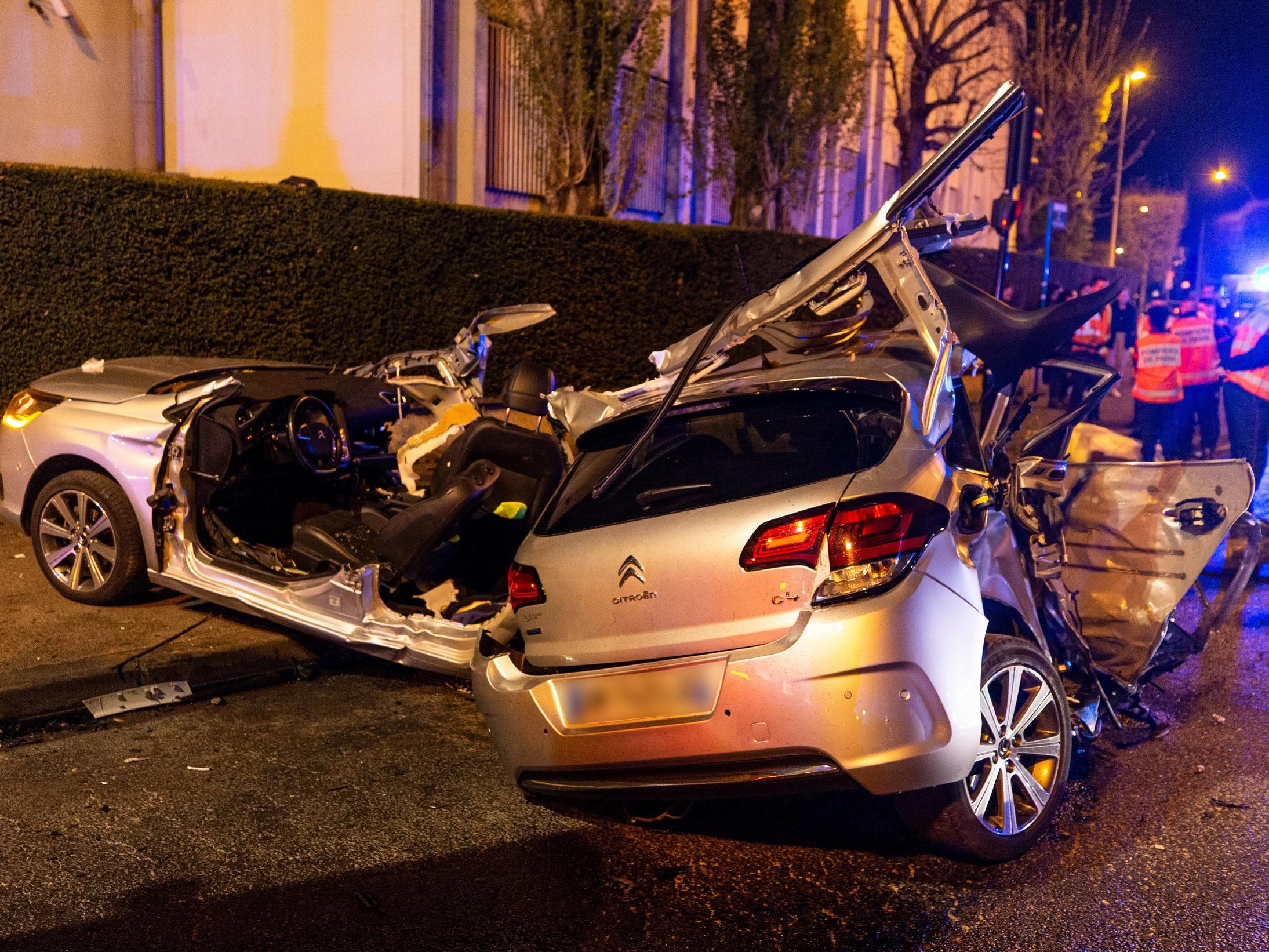 Aulnay-sous-Bois: the driver who decimated a family would be a repeat offender