This Sunday morning, 5,000 homes were still without electricity, mainly in the departments of Marne, Seine-et-Marne, and Aisne. 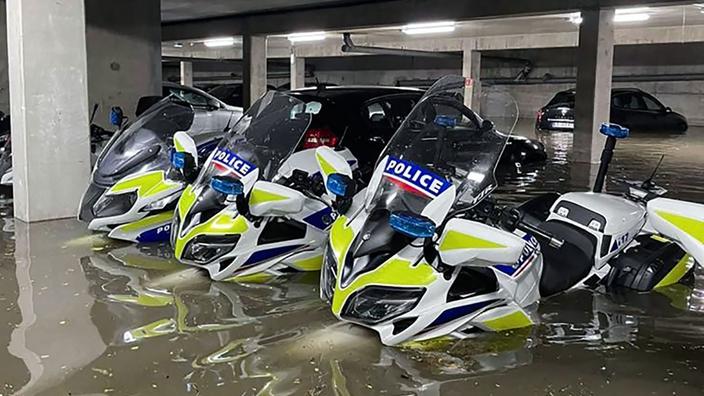 Strong thunderstorms erupted during the day yesterday, going up from the Dordogne to the Paris region, via the Center Val de Loire region.

A storm that caused a number of damage on its route: 5,000 homes were still without electricity on Sunday morning.

The homes still concerned this Sunday are in the departments of Marne, Seine-et-Marne, and Aisne.

The Enedis teams are working in the field, with sometimes difficult access due to the presence of trees lying on the roads

A 600 square meter roof takes off in Val-de-Marne

Paris firefighters have received more than 300 calls from Val-de-Marne, south of Seine-Saint-Denis and only a few calls from the capital. In Alfortville, in Val-de-Marne, a 600 square meter roof on top of a five-story building flew off, slightly injuring two people. “

” specifies the town hall, which has set up a crisis unit.

Trees uprooted, cellars flooded, all the agents of the city's technical services were mobilized. "

I will ask today for a natural disaster decree,

. We have two sports halls which are impassable, and especially citizens who have been inundated.

The storm then continued on its way east, causing further damage in Seine-et-Marne.

Water entered the Val d'Europe shopping center in Serris, which had to be evacuated.

The Meaux hospital has also suffered from flooding, especially at the emergency level.

As a precaution, patients were evacuated.

The same situation applies to the Meaux firefighters' rescue center and the vaccinodrome installed in a hotel in Disneyland Paris.

Police motorcycles and cars parked in a city parking lot were also submerged in the waves.

In the Marne, about 8,500 homes were deprived of electricity on Saturday evening.

TGV traffic between Reims and Paris-Est was also interrupted.

The travelers were taken care of by the SNCF and were accommodated in hotels.

Traffic has gradually resumed since noon.

Our teams worked all night.

There were a lot of falling trees and mudslides,

The resumption of circulation of the TGV line to Mulhouse will resume between 1 and 2 p.m.

Traffic on the RER lines C, D and E and line P has also been disrupted, but traffic is gradually resuming.

Intervention of firefighters in Saint-Nicolas-de-Bourgueil, where the church tower collapsed under the effect of the wind.

Further west, the departments were not spared either.

A very localized tornado was even created.

In Saint-Nicolas-de-Bourgueil (Indre-et-Loire), the church tower was destroyed by this tornado.

The building collapsed in the nave, causing some collateral damage.

In particular, vehicles were damaged.

The roof of the village hall, which was to house the ballot for the regional and departmental elections on Sunday 20 and 27 June, was also torn off. 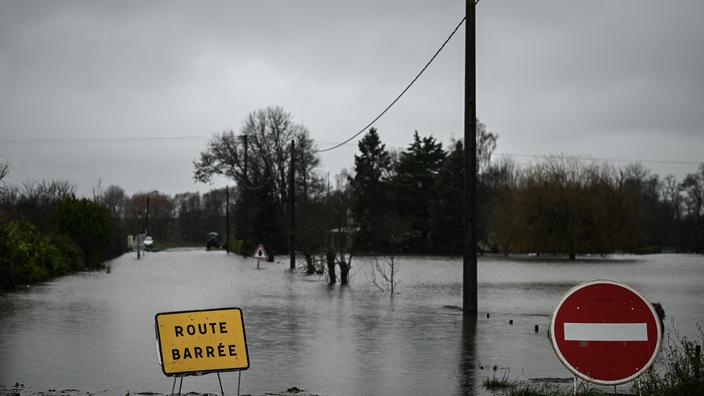 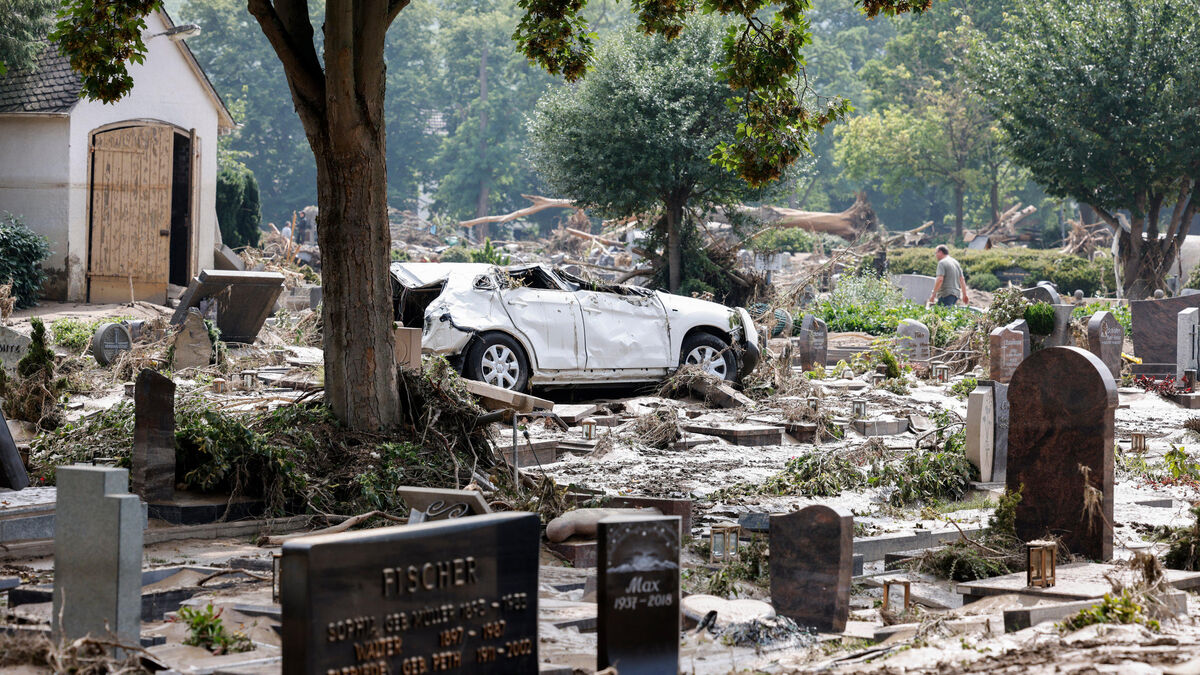 Floods in Germany: the death toll rises to 156 dead, Merkel at the bedside of the victims 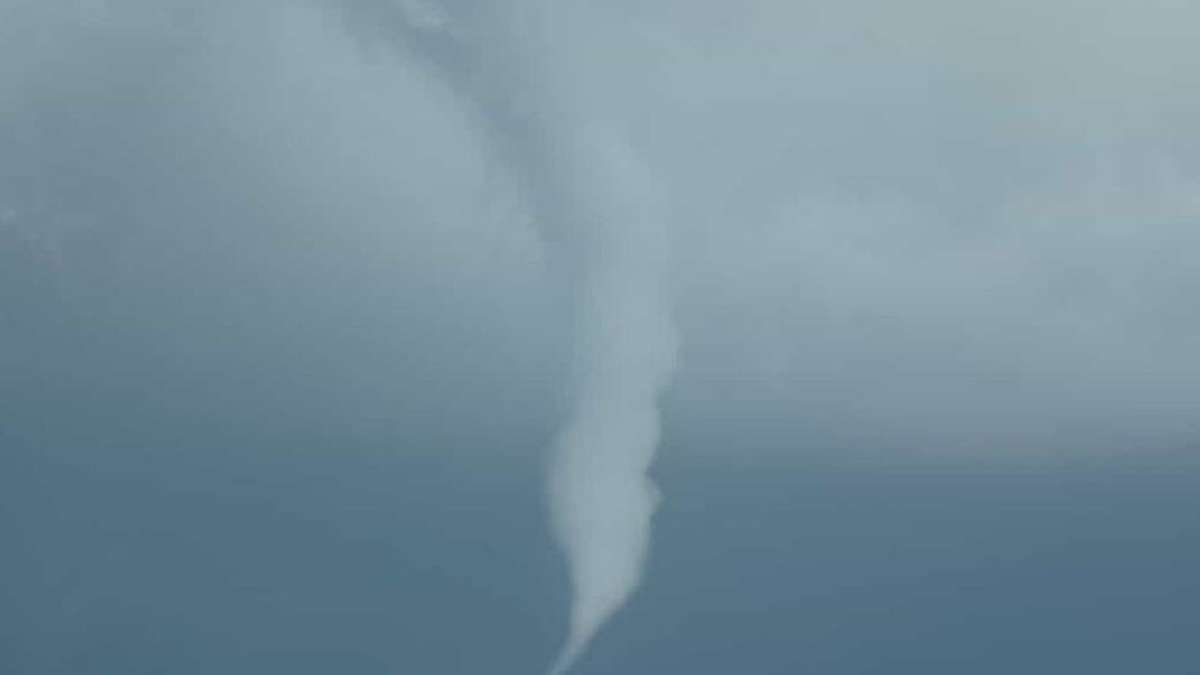 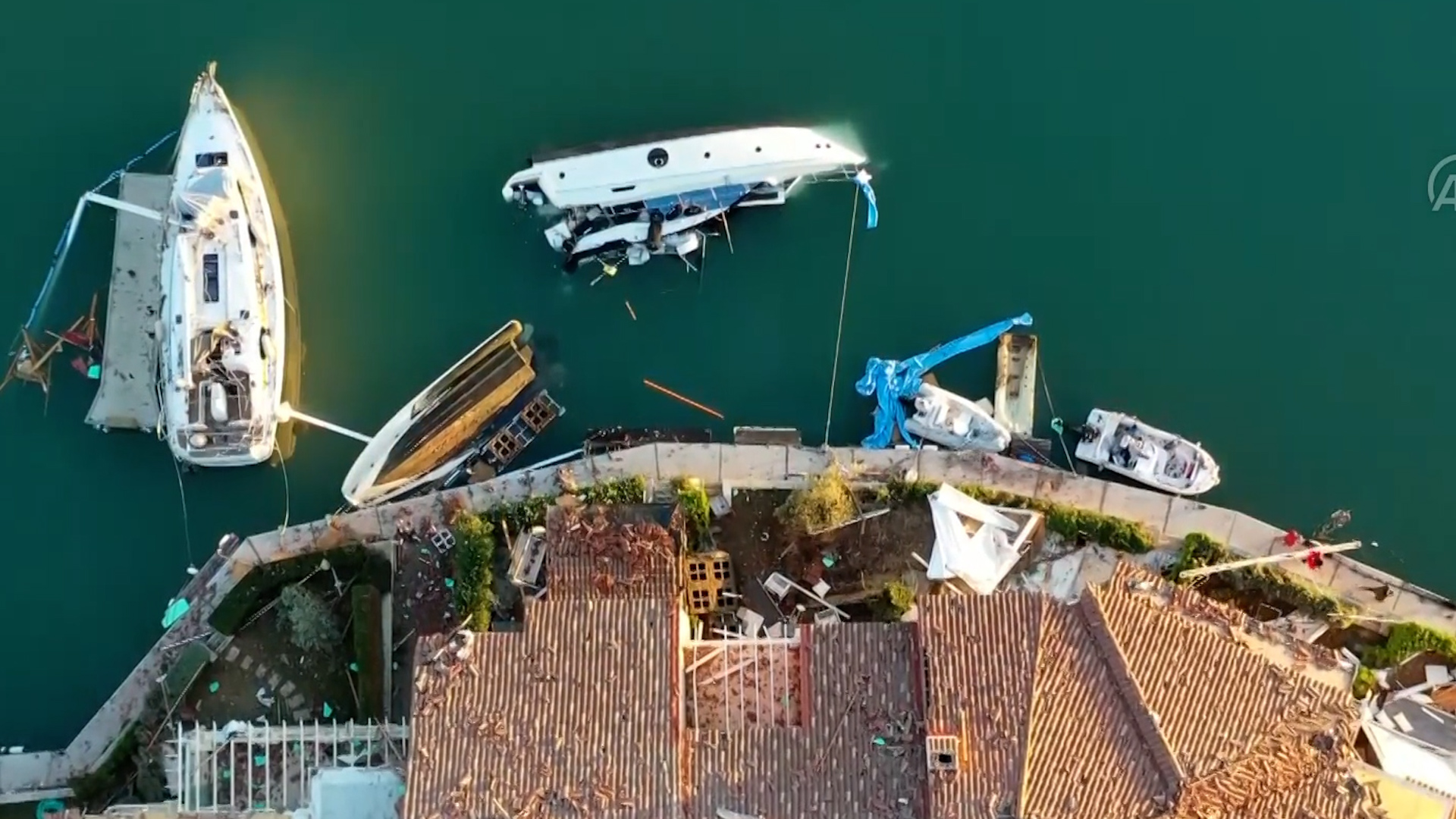 VIDEO. In Turkey, immense damage and injuries after the passage of a tornado 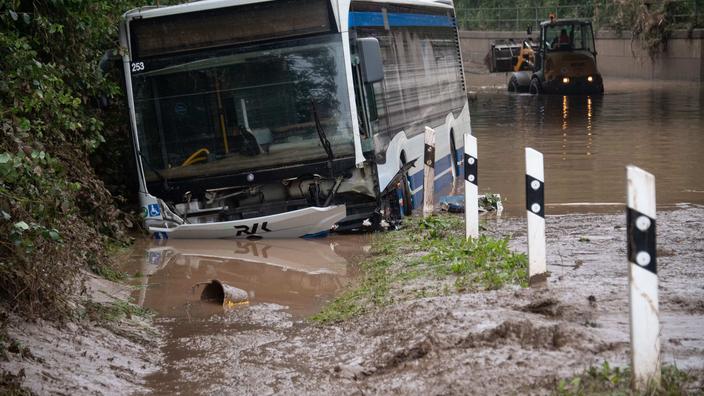 Floods in Germany and Belgium: images of devastated towns and countryside