Summer fun or delta stress? The signals from politicians and experts are partly contradicting one another. Spahn recommends both. In any case, the pressure during vaccination is growing. The signals from politicians and experts are partly contradicting one another.

In any case, the pressure during vaccination is growing.

Berlin / Munich - The Friday warning from Berlin has become the ritual of the republic.

Health Minister Jens Spahn *, CDU *, and the top of the Robert Koch Institute * appear in front of the cameras shortly before the weekend, warning of recklessness and arrogance.

Again, although the incidences are lower than they have been in months.

“It can be a good summer,” says Spahn.

But only if everyone remained attentive.

Relaxation should be withdrawn regionally if the seven-day incidence * increases, and not only at an incidence of 50, "but earlier".

Unvaccinated and once-vaccinated people will be affected.

Warnings, then, but optimism. In science, the knowledge is gaining ground that Corona * is more illuminated by the summer than initially hoped. The experts call this “seasonality”. The virologist Hendrik Streeck, who advocated a less strict line, had already predicted this for March; now it occurs with a few weeks' delay. "Regarding the influence of seasonality on the infection rate, I admit: Streeck was absolutely right," says even the SPD * health politician Karl Lauterbach, one of the hardliners at Corona.

The incidence nationwide is currently 10.3.

For Germany this means: there is a time window until the cooler phase in autumn to counter the aggressive delta variant with as many vaccinations as possible.

So far, 29.6 percent of Germans have been vaccinated twice and are therefore well protected against Delta.

Delta mutation: the proportion of cases rises sharply - the vaccination rate must be increased

Experts no longer disagree that this mutation will prevail.

It currently accounts for around six percent of the cases, but the trend is rising sharply.

Spahn announced that all positive PCR tests * would be examined more closely for this form of virus and not just randomly as before.

It is unclear how many Germans have to be vaccinated by autumn in order to really leave the pandemic and its mutations * behind.

Because delta is much more contagious, you need a higher value.

Corona in Germany: "Can catch up with us again in autumn" - Infectiologist calls for a quick vaccination campaign

Spinner demands maximum pressure in the vaccination campaign *: The seasonality effect “can of course catch up with us again in autumn. We absolutely have to use the time that we now gain to vaccinate as much as possible, ”said the doctor in an interview with our newspaper. He advises children and adolescents to be vaccinated as well. “There is no other way to achieve such a high vaccination rate. In addition, there are already initial indications from England that children there are now also having more severe courses. ”Spinner also advises:“ It will continue to need reasonable measures such as the requirement to wear a mask in the subway. ”

In the meantime, the RKI has somewhat defused its advice on wearing a mask. Outside, the risk of infection is fundamentally much lower, according to a new guideline from the RKI on the Internet. Especially if a distance of 1.5 meters is maintained. Wearing a mask is usually only useful in certain situations, for example in a crowd or long conversations in close proximity to one another. In interiors, however, masks are still indispensable to protect against infection.

Corona in Germany: Incidence is dropping - mask requirement for schoolchildren could fall Corona infection in children? Infectiologist sees danger with other viruses - and recommends vaccination

Corona: three times more Covid patients than a year ago - Munich clinics are sounding the alarm 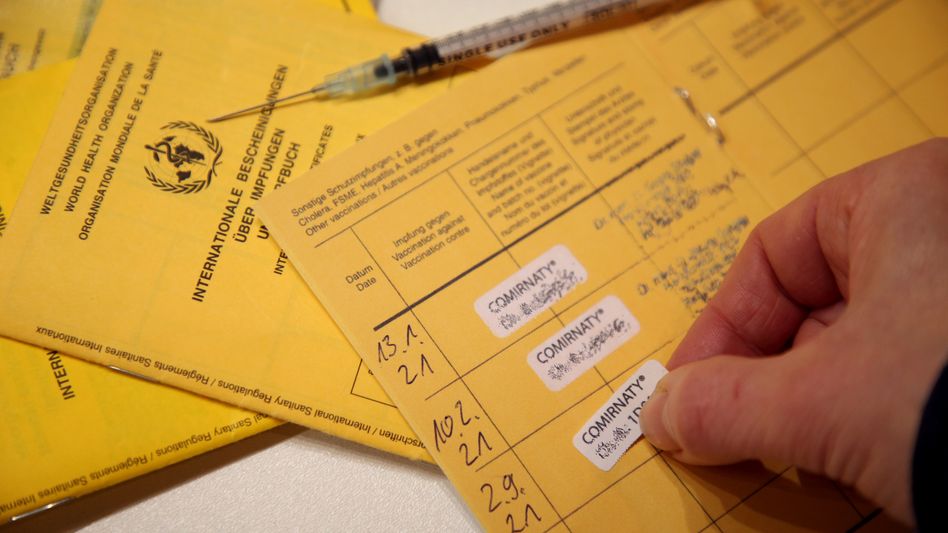 Delta variant of the coronavirus: Calls for stricter rules for travelers