It started with a replacement, continued with the strengthening of the group and now it has been strengthened with an internal competition that, except for 10, does not guarantee ownership to anyone. The secrets of a team that took off a backpack, but is still under construction. 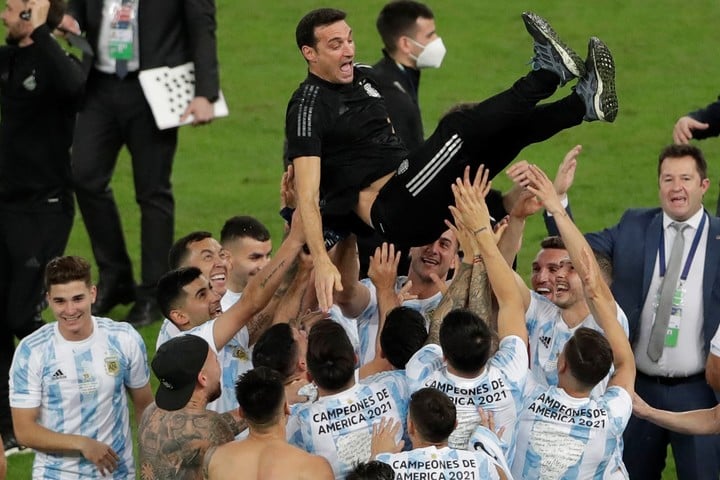 In the midst of the madness of the festivities that mixed relief, relief, happiness and revenge, Lionel Messi looked up and looked for someone on the Maracana playing field. Among so many wandering souls on the grass of the mythical stage that finally made the Argentine National Team smile, the best in the world spotted Lionel Scaloni, who preferred to leave the moment of celebration to the footballers and stayed with his coaching staff sharing satisfaction and pride . The technician saw that the captain was looking for him and also walked towards him. They found themselves, alone, in the middle of the field and they entwined in an embrace of the soul, as the Rosario man rarely did with a coach. The two cried together. That was

towards the coach who made him win the Copa América 2021, his first title with the Major.

And that image of the

in pure emotion sums up the key to celestial and white success.

Everything was about, from day zero of the reconstruction, to put together the structure in which Messi could shed the old weights and find comfort to be able to show his game, something that dressed as an Argentine could not do it constantly, beyond having had winning afternoons and nights. And among so many other successes, Scaloni's greatest achievement was having sown the ground and then harvesting the best Messi, without having to depend exclusively on him. The final against Brazil is the example:

10 was not the figure, but it did become another cog of a team that, with ups and downs, made courage its flag

Both the Rosario and the rest of the group showed a total dedication to a coaching staff that chose closeness with the player as a way to strengthen the bonds of trust on one side and the other.

Supported by Walter Samuel, the

Ayala and a Pablo Aimar joined in a few months later, the 43-year-old coach was learning in a position that he had never held before in his life, although he came from the World Cup experience in Russia as Jorge's collaborator. Sampaoli.

Scaloni, the least thought of DT due to his short career, ended the 28-year drought without titles for the National Team.

In Bronnitsy, in fact, the one born in Pujato was already shown as the most interactive with Messi and company.

And that didn't change when it was his turn to be the head.

warm-ups he participated with his boys in their first months to decompress and break down barriers.

It was a patch and it became the project.

Scaloni was at hand for Claudio Tapia.

His task was temporary, but it led to the DT who chased away all the karmas of the National Team.

First because he said yes.

He launched into an adventure despite his inexperience and listened.

He listened to everyone.

And he learned (continues to do so).

He listened and learned from his assistants, from

He carried out a replacement for nothing easy to do.

He found, after a search of many months, the interpreters whose shirt was not too big.

He saw potential in names that went unnoticed by a majority: Rodrigo De Paul, Cristian Romero, Nahuel Molina, Emiliano Martínez, Nicolás González, Lucas Ocampos (although he was left out of this Copa América).

And he forged a new unit in a group that admires Messi, treating him like one more.

Paredes and De Paul, two Scaloni soldiers who play on and off the pitch.

In De Paul and Leandro Paredes he supported himself on and off the court to consolidate a very strong internal brotherhood between all: the new and those of the old guard that remained, such as Nicolás Otamendi, Sergio Agüero and Ángel Di María, in addition to Messi.

In one of the first rallies, the two knocked on the door of the room at 10 to invite him to play the trick.

That team continues to win games to this day.

was a fundamental brick for the ties of the new Selection.

Scaloni knew how to observe and learn from his mistakes

also throughout the 34 games he has led.

He knew how to be in the crosshairs of criticism for mistakes in the changes.

He knew how to accept failures and not to commit them again.

He always knew how to be direct and honest with his clients.

And that comes back on the playing field.

Messi finally lifts the Cup that he wanted so much dressed as an albiceleste.

Scaloni managed to get his best version.

Everyone knows, inside the national team, that nobody has a guaranteed place in the starting team, with the exception of Lionel Messi, of course. Several can attest: Juan Foyth and Ocampos seemed a fixed but were not cited for the Cup, Franco Armani was the owner of the goal that is now in the hands of Martínez, Tagliafico was the sub-captain and number placed on the left side and ended up alternating with Marcos Acuña, something similar happened to Paredes with Guido Rodríguez and Gonzalo Montiel with Molina ...

The immutable thing was always the surrender.

The game still lacks some adjustments, mainly to maintain the good level as long as possible.

But, the coach had arrived at this Copa América with the premise of consolidating the project and it happened.

With individual and collective growth.

And, above all, with the best Lionel Messi, who finally had his reward.

Argentina, champion of the Copa América: all the records that Messi and the national team achieved after the Maracanazo against Brazil

"I hate losing, but enjoy the title": Neymar's message for Lionel Messi 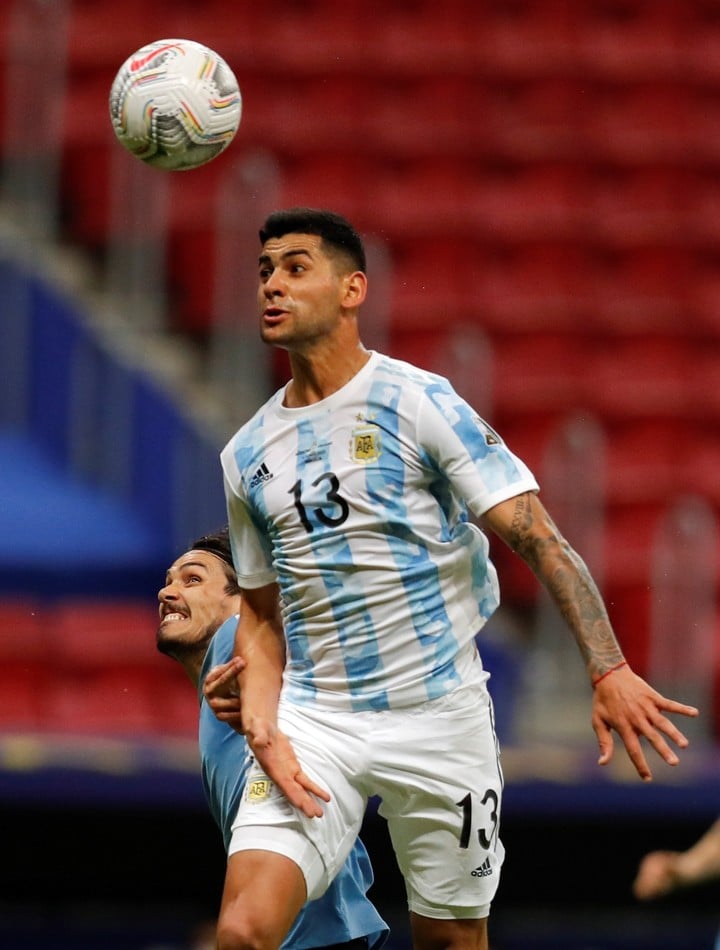 The newsletter of the Copa América champion team: who were the best in Argentina 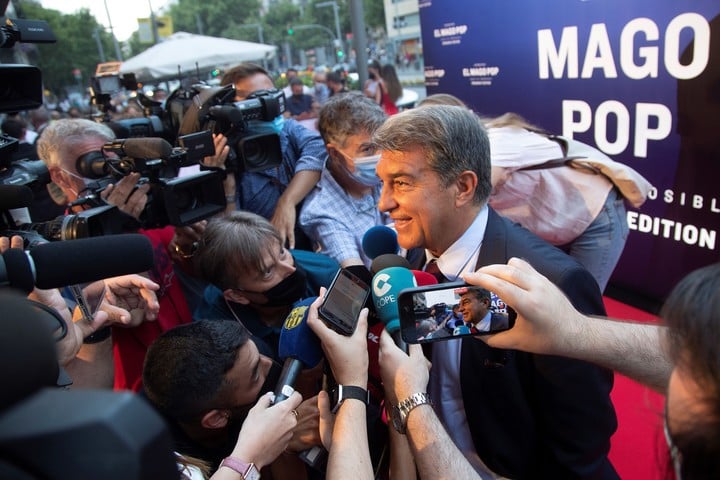 Free from the ghosts of the National Team and free from Barcelona: What will happen to Messi now? 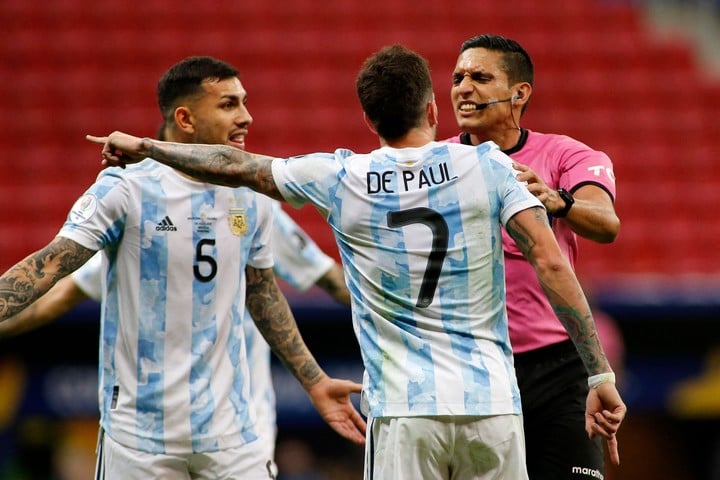 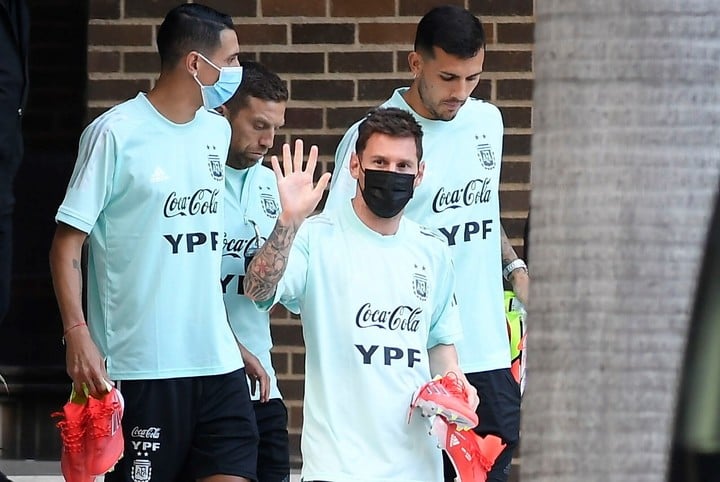 Lionel Messi is already in 'Selection mode', ready to start the season he never imagined 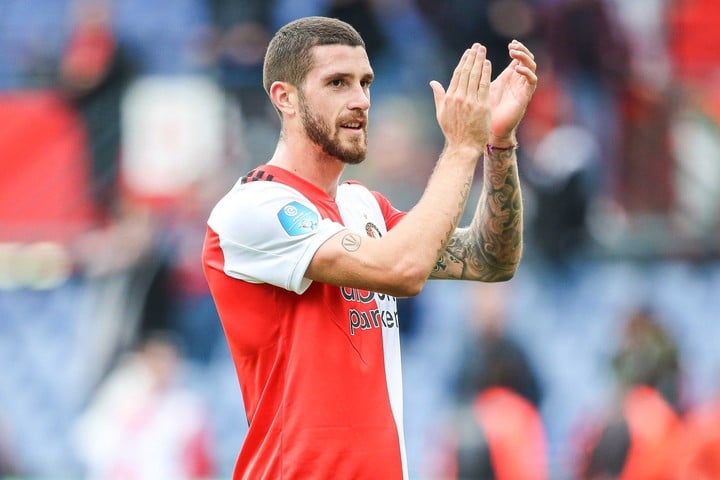 Copa América: Scaloni delivered a preliminary list with the usual ones plus some surprises 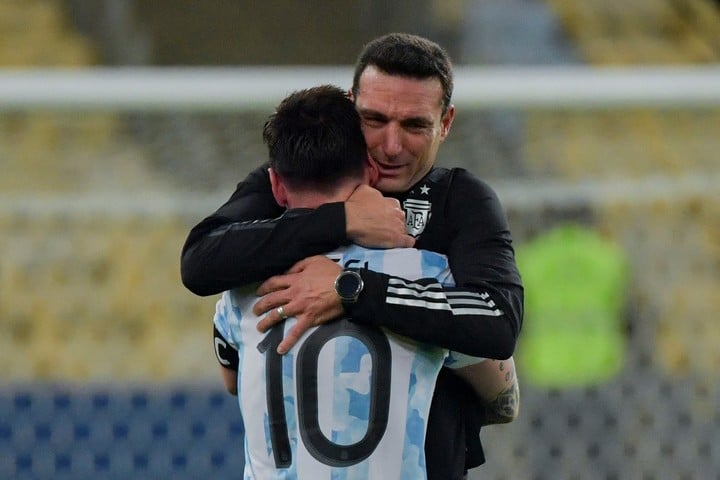 And if Scaloni were European ... would everything be so different? 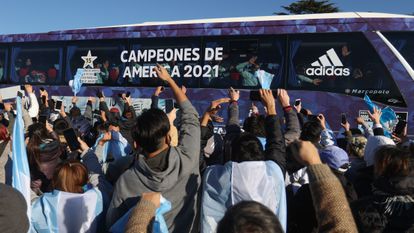 Argentina rediscovers the joy of football

Leo Messi closes account with critics in Argentina: "They said I was a failure" - Walla! sport