Climate researchers on storms and heat waves in recent weeks: "It gives us a headache"

The weather extremes of the last few weeks are also worrying the climate protectors. Professor Matthias Garschagen from the LMU reports on the risks and scenarios that we may soon face. The weather extremes of the last few weeks are also worrying the climate protectors.

Professor Matthias Garschagen from the LMU reports on the risks and scenarios that we may soon face.

Munich - summer days with 50 degrees like in North America, storms * with golf ball-sized hailstones - both could soon no longer be extreme, says climate researcher Matthias Garschagen.

The 39-year-old from Ismaning (Munich district *) conducts research at LMU on human-environment relationships and is an author on the Intergovernmental Panel on Climate Change.

He sees urban planning challenges to come - but also social ones.

The extreme weather events are increasing.

How many worries does that cause you as a climate protector?

These weather events are a glimpse into the future.

I know the model calculations of what happens if the climate continues to warm.

Not only will the frequency of extreme events increase, they will also become more intense and last longer.

What we have observed over the past few weeks gives us a headache - even if it does not surprise us.

We are already driven by climate change, we have already warmed up by more than one degree.

And even with that we have a lot to do with.

But that will be nothing compared to what we can expect if we do not stop climate change.

50 degrees in North America - also possible with us?

Do we have to prepare for summer with 50 degrees like in North America?

It doesn't have to be 50 degrees for it to be problematic.

For us, night temperatures are a particular problem.

The German Meteorological Service has calculated that the potential for very hot days, i.e. those with temperatures above 30 degrees, and tropical nights that do not cool below 20 degrees, will continue to increase - very significantly in the event of intensified climate change.

We have to adjust to that.

Do we have to live with a high risk of heavy rain in Bavaria?

There are congestion areas in the mountain regions and in the foothills of the Alps; they are most intensely affected by heavy rain * in Germany.

That is a special challenge.

Do you have any recommendations for cities?

Are there ways of influencing the climate?

One starting point is the development.

We tend to make the problem worse by the way we densify cities.

Of course, it is expensive to leave space open.

However, further sealing or the addition of cold air corridors intensifies the problem.

Even if we manage to curb climate change, we will have to adapt to the effects that are already present in the climate system.

We have to think about renaturation and water areas in the cities, we have to clear areas of sealing again.

These are major planning challenges.

There are also social conflicts.

Imagine saving a lane on a two-lane road in Munich to make greenery.

The protest would be great.

But there are other social problems as well.

In severe heat waves, people with previous illnesses or the elderly have a much higher health risk.

Often there is also isolation or poverty.

Snow on power lines, drought summer - how big is the risk of supply bottlenecks?

How big is the risk of long power outages or supply bottlenecks?

We weren't that far removed from it in Germany.

There have already been major power outages in the north due to snow * on power lines.

A few years ago we had a big drought summer.

At that time, some power plants had to reduce their output because the cooling water would have heated up the already very warm water.

And there were already bottlenecks because tankers could no longer operate on the Rhine due to low water levels.

How well are we prepared for such scenarios?

A recent study showed that the younger generation in particular tends to be poorly prepared for such crises - because they do not think it is necessary.

So, for example, you have no supplies at home or an old radio that works without electricity.

How much time do we have left to take countermeasures?

If we don't make an effective U-turn quickly, we will feel massive repercussions as early as this century.

We will reach the limits of adaptability in many areas.

It must be clear to us that we are now initiating processes that will be irreversible for a long time.

A disaster was even proclaimed there at times.

Science has been warning for a long time.

Do you still believe that there will be a rethink in time?

I haven't given up hope yet.

Perhaps these extreme weather events that we are now experiencing are also collective warning signals that are seen and understood.

How much can each individual achieve?

Everyone can make a difference, for example with consumer behavior.

But also with friends or colleagues.

You can campaign for vehicle fleets, canteens or electricity tariffs to be converted.

We live in a democracy and we can all have a say in which issues are put on the political agenda - and how they are implemented.

That's what happened too.

Climate protection is an issue that is no longer seen by just a part of the political spectrum.

Are there areas in your life for which you have decided to be more environmentally conscious?

We scientists travel a lot.

Through Corona we have all learned that many trips can be replaced by online conferences.

It would be nice if we keep that for the most part. 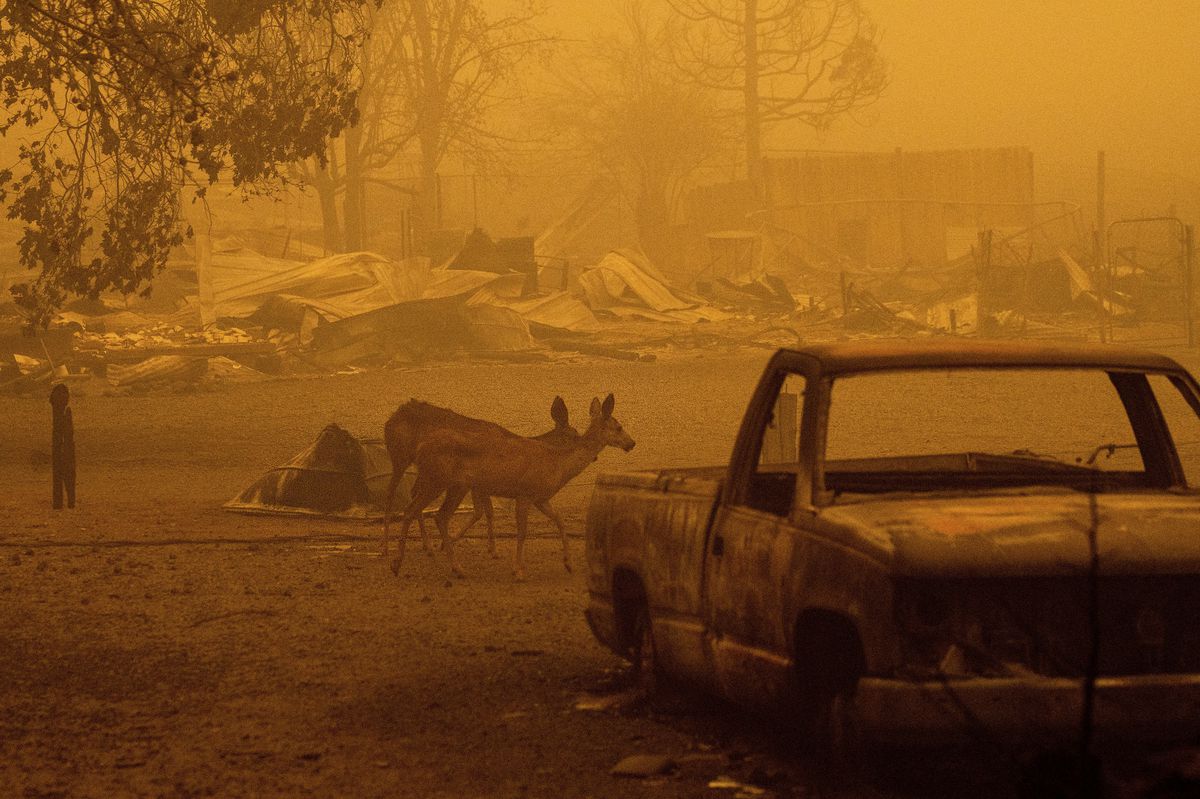 Climate researchers on storms and heat waves in recent weeks: "It gives us a headache"

Lattakia Governorate honors associations that contributed to supporting the medical sector in light of the Corona pandemic
2021-10-21T12:52:59.918Z