What You Should Know About The Johnson &amp; Johnson Vaccine

Here's what you need to know about the Johnson &amp; Johnson COVID-19 vaccine and the minimal risk of Guillain-Barré syndrome. 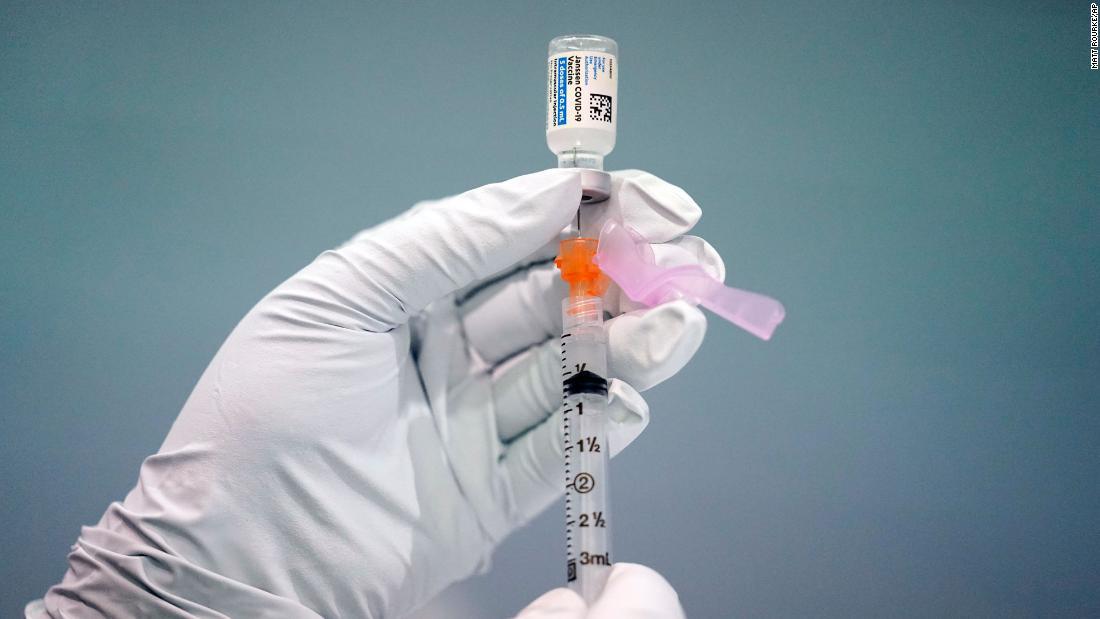 Johnson & Johnson's covid-19 vaccine was the third to be authorized for emergency use in the US by the Food and Drug Administration (FDA).

On Monday, the FDA updated the label for this vaccine to warn of the possible increased risk of a rare neurological complication known as Guillain-Barré syndrome (GBS).

Johnson & Johnson's emergency use authorization for the vaccine, developed by its Janssen subsidiary, was approved on February 27 and began to apply to the population over 18 years of age in early March.

Two other vaccines are already in use in the United States: one made by Moderna and one by Pfizer and its German partner BioNTech.

How effective is the Johnson & Johnson vaccine?

In clinical trials, it was shown to be 100% effective in preventing death from COVID-19.

This is what we know about Guillain-Barré syndrome 0:59

What are the unique characteristics of the Johnson & Johnson vaccine?

Unlike other vaccines, Johnson & Johnson's is designed to be given in a single dose.

Additionally, according to clinical trial data published in the

, protection against moderate to severe disease begins about two weeks after people are vaccinated and, four weeks after vaccination, clinical trial data showed that there were no hospitalizations or deaths.

The Johnson & Johnson vaccine uses viral vector technology, a different technology than the Pfizer and Moderna vaccines, which are based on the messenger RNA platform.

Another peculiarity of the Johnson & Johnson vaccine is that it can be kept in refrigerator temperatures for up to three months.

This makes storage, logistics and transportation much easier.

How does it behave in the face of the new variants?

On July 1, Johnson & Johnson indicated that laboratory tests suggest that its vaccine provides protection against the delta variant, which is currently causing great concern around the world.

"The data showed that Johnson & Johnson's single-dose COVID-19 vaccine produced neutralizing antibody activity against the delta variant at an even higher level than recently observed for the beta variant in South Africa, where a high efficacy (with the J&J vaccine) against severe / critical illness, "the company said in a statement.

In addition, he said, "Johnson & Johnson's single-dose covid-19 vaccine was 85% effective against severe / critical illness, and demonstrated protection against hospitalization and death."

Is there a relationship between blood clots and vaccines?

In April in the United States, the Centers for Disease Control and Prevention (CDC) and the FDA recommended pausing the use of Johnson & Johnson's covid-19 vaccine after "six rare cases of a severe type of clot reported in the US ".

The six cases reported at the time were among the more than 6.8 million doses of Johnson & Johnson vaccine administered to date in the United States.

Does taking blood thinners help when getting vaccinated with AstraZeneca?

On April 23, both the FDA and the CDC decided to lift the pause and allow the Johnson & Johnson vaccine to continue.

"So far, the information available suggests that the chances of TTS (thrombocytopenia thrombosis syndrome) occurring are very low, but the FDA and CDC will remain vigilant and continue to investigate this risk." the two agencies indicated in a statement.

The vaccine label was updated to warn of the risk.

What is Guillain-Barré syndrome and how is it linked to the vaccine?

On Monday, the FDA updated the Johnson & Johnson vaccine label, aiming to warn of the possible increased risk of a rare neurological complication known as Guillain-Barré syndrome (GBS).

"Guillain-Barré syndrome is an autoimmune disease, by which the body makes antibodies against myelin, which causes nerve disorders and can cause muscle pain and paralysis," Eduardo López, an infectious disease physician, explained to CNN en Español, Head of the Department of Medicine of the Ricardo Gutiérrez Children's Hospital, in the city of Buenos Aires, Argentina.

"This disease is treatable, but recovery takes time. It is important that those who received the vaccine are aware of symptoms such as muscle aches, weakness, difficulty walking, within weeks of receiving it," added López.

"When vaccines come to market quickly, as happened with the pandemic, the possible adverse effects are observed over time. That is why it is correct that the laboratory makes these warnings," said the infectologist, who is part of the committee that advises the Argentine government in the pandemic.

A CDC spokesperson said in a statement to CNN on Monday that US health authorities are investigating the possibility that Johnson & Johnson's COVID-19 vaccine may slightly increase the risk of Guillain-Barré syndrome.

"Although the possibility of these events occurring is very low, Johnson & Johnson has updated the label on its COVID-19 vaccine to include important information about these rare cases and the signs and symptoms of Guillain-Barré syndrome." Johnson & Johnson reported in a statement.

The updated vaccine label reads: "Reports of adverse events after use of the Janssen covid-19 vaccine under emergency use authorization suggest an increased risk of Guillain-Barré syndrome during the 42 days after vaccination."

"All vaccines can carry a small possibility of an adverse event, some more serious. But, by far, the risks of having a serious disease and dying from covid-19 are frankly higher than the eventual adverse effects," he told CNN in Spanish Elena Obieta, infectologist and member of the Argentine Society of Infectology (SADI).

In fact, according to the FDA, 100 preliminary reports on Guillain-Barré syndrome have been submitted to the US government's Vaccine Adverse Effects Reporting System, out of a total of 12.8 million Janssen vaccines administered.

"It always turns out that the benefit of the vaccine itself to protect against disease outweighs any small risk of an adverse event," said Dr. Anthony Fauci, director of the US National Institute of Allergy and Infectious Diseases. , in an interview with NPR.

Which countries have acquired doses of the Johnson & Johnson vaccine?

According to a report by Launch and Scalefaster from Duke University, the Johnson & Johnson vaccine has been purchased by the following countries and territories (April information).

CNN had no role in creating the database.

With information from Maggie Fox and Zachary Wolf. 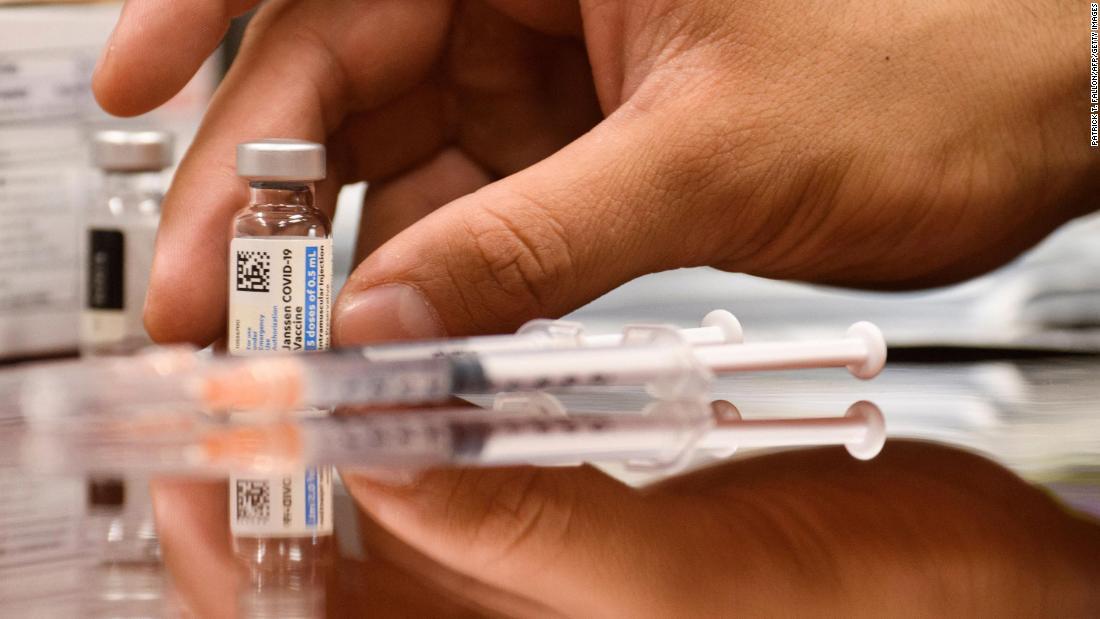 If you got vaccinated with Johnson &amp; Johnson, the boosters will have to wait 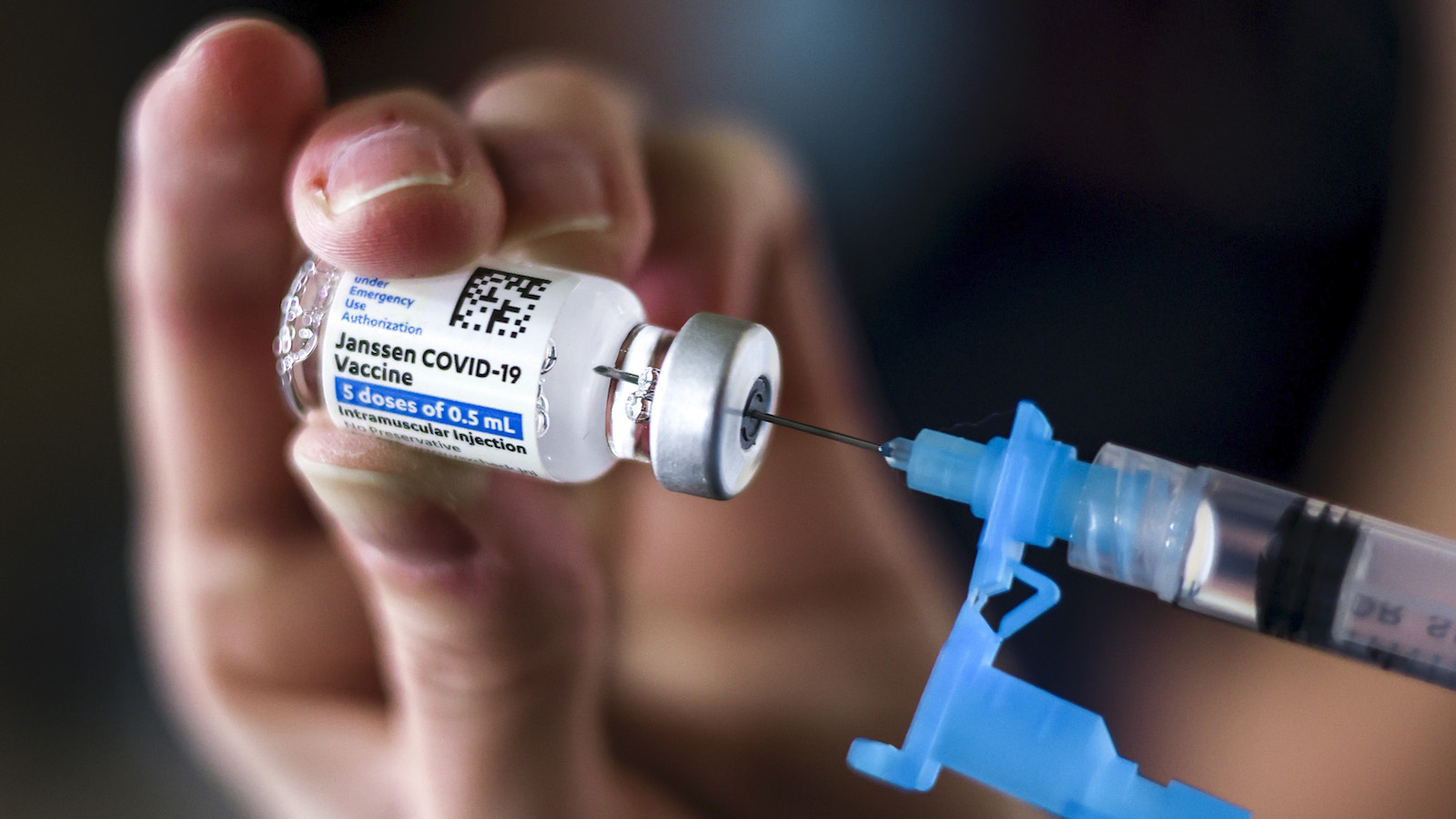 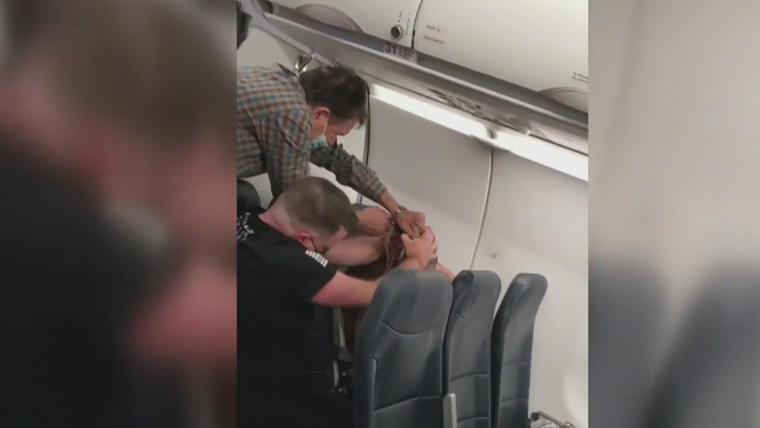 Yes, people vaccinated against COVID-19 can donate blood without problems