In Bavaria, too, there are floods at the weekend: In the districts of Traunstein and Berchtesgadener Land, the fire brigades fight hundreds of missions against the masses of water.

In Bavaria, too, there are floods at the weekend: In the districts of Traunstein and Berchtesgadener Land, the fire brigades fight hundreds of missions against the masses of water.

Munich - Land is not only under in North Rhine-Westphalia and Rhineland-Palatinate: Now there is also a flood in Bavaria.

In the southeast of the Free State, in Berchtesgadener Land * and in Traunstein *, storms have led to flooding.

According to the flood news service, the level of the Berchtesgadener Ache skyrocketed on Saturday evening.

There should also be a tidal wave in the Traun and the Tiroler Achen.

reports, numerous cellars are under water, the fire brigade is in constant use and it is currently still raining.

Streams come down from the slopes into the valleys everywhere.

The main focus in the district is currently Bischofswiesen.

But also in Berchtesgaden and Marktschellenberg there would be 200-300 missions, explained the integrated control center in Traunstein.

Floods also in Reit im Winkl and in Hallein, Austria

Several fire brigades are also in action here, trying to clear the streets, protect the buildings and pump out basements.

The integrated control center in Traunstein has issued a hazard report via Katwarn.

Frightening videos are circulating from the Austrian * border town of Hallein (state of Salzburg, bordering the Berchtesgadener Land) that are also reminiscent of North Rhine-Westphalia and Rhineland-Palatinate.

#A few minutes ago alone.

Heavy continuous rain all weekend - it will probably get worse

Thus, the original flood forecasts did not come true, because they were only revised downwards in the afternoon. The flood news service Bavaria (HND) issued a "warning of embankments and floods" for the districts of Traunstein and Berchtesgadener Land on Saturday evening. The same warning also applies to the Iller and Danube in the districts of Donauwörth, Neu-Ulm, Günzburg, Donau-Ries and Dillingen an der Donau. Flooding can also occur in Ingolstadt, the Neuburg-Schrobenhausen district and the Kelheim district.

A seemingly harmless advance information from the German Weather Service has turned into a level three storm warning. The authority warns almost in the entire region of heavy continuous rain throughout the weekend. So the tide is likely to increase further. 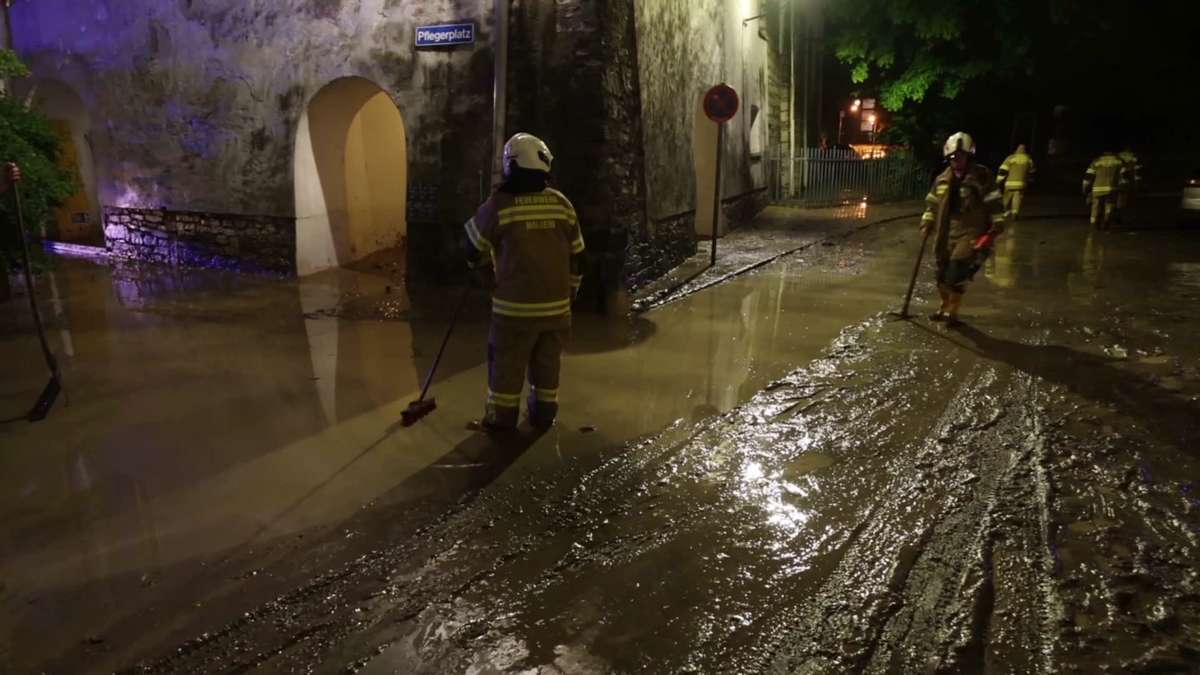 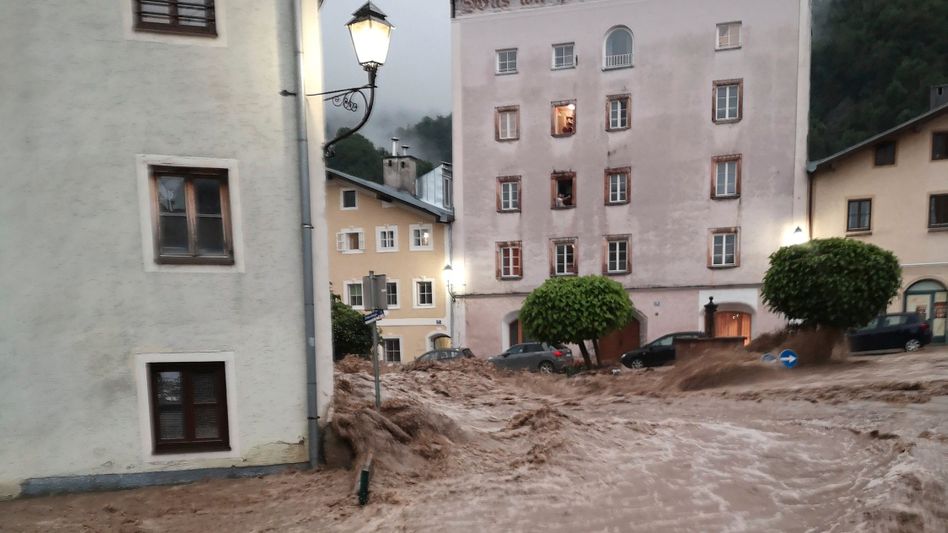 Hallein in Austria: a neighbor becomes a flood hero 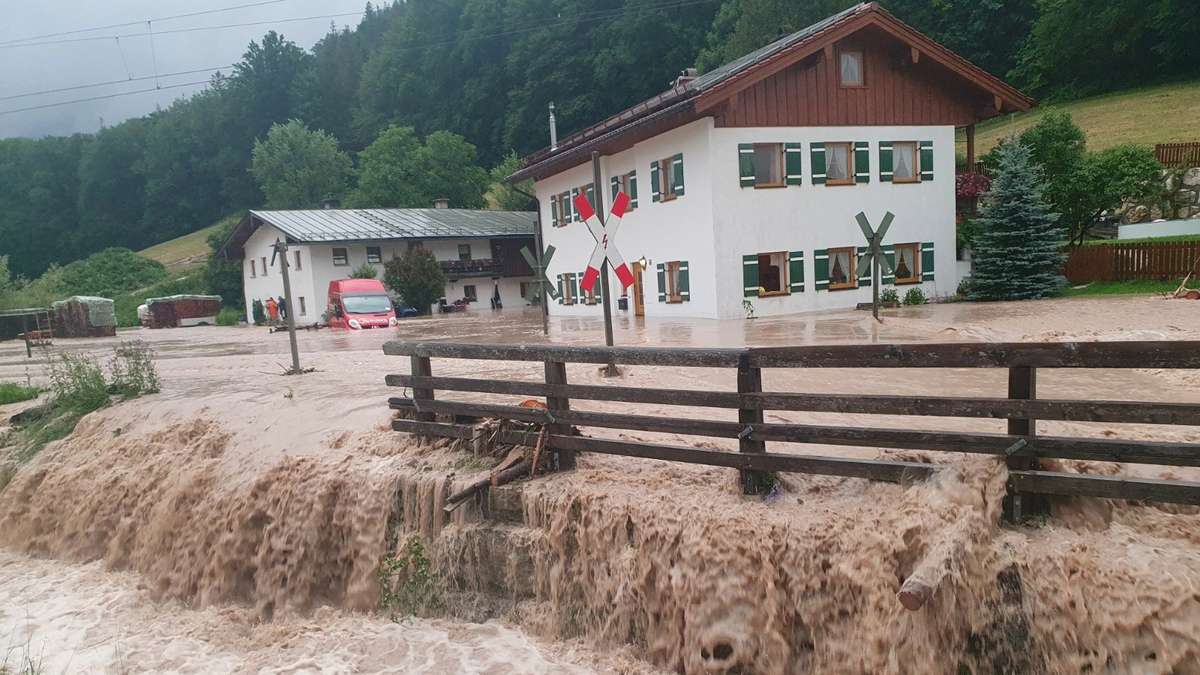