A hybrid war on the edge of Europe 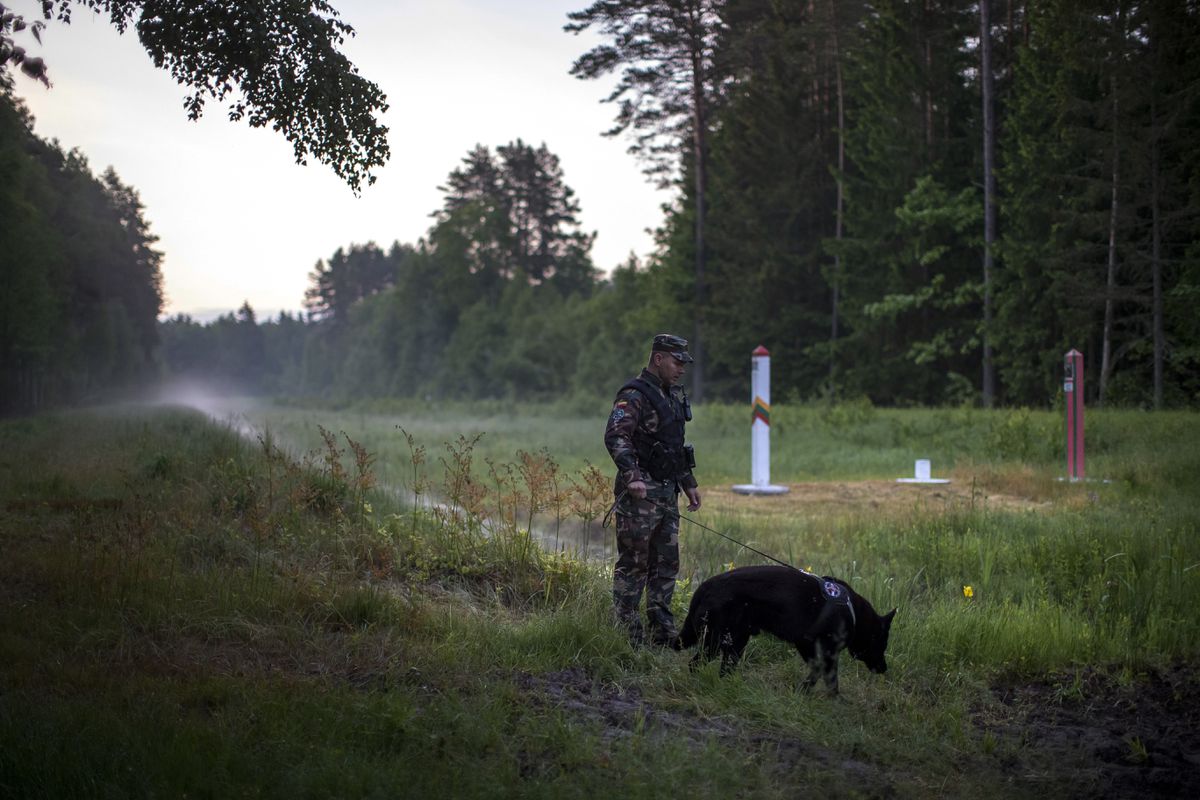 They are the ingredients of a hybrid war that Lithuania, which is part of the EU, and Belarus, of the orbit of the Kremlin, have been waging for months now has intensified with the sending of hundreds of irregular migrants to the Baltic republic by from Minsk.

"The Belarusian authorities are allowing illegal border crossings [to Lithuania]," confirms Frontex, the European border agency, in an internal note.

According to Vilnius, more than 1,716 migrants - from the Middle East, but increasingly from sub-Saharan Africa - have entered illegally through Belarus since June 1, in what analysts believe is a "political use" of migrants as "Weapon of pressure" to destabilize the West by Belarusian President Alexandr Lukashenko.

The figure contrasts with the barely one hundred migrants who cross from Belarus annually.

“What happened on the border between Lithuania and Belarus is something unprecedented,” says Ricardo Lenoir-Grand Pons, a doctoral student in Defense and Security. With some concern, Lithuania warns in a letter to Brussels of the "unpredictability" of Lukashenko, and has not been slow to react. Prime Minister Ingrida Šimonyte declared a state of emergency on July 2. This week, he announced the construction of a barbed-wire fence along the 679-kilometer border it shares with Belarus; the setting up of a camp with capacity for 500 asylum seekers; and the more than probable suspension of the Schengen area (of free movement of people) with its Latvian and Polish neighbors.

Vilnius and Brussels attribute the "unusual" increase in migrant arrivals from Belarus to a "countermeasure" by Lukashenko to the sanctions imposed by the EU in response, in turn, to the diversion - "kidnapping", said the president of the Commission. European, Ursula von der Leyen - from the Ryanair plane in which Roman Protasevich, a journalist critical of Lukashenko and who lived in exile in Lithuania, was traveling, as well as the opposition Svetlana Tikhanóvskaya. Protasevich was arrested on the runway of the Minsk airport. After a few weeks in detention in which he speculated that he might have been tortured, he is now, together with his girlfriend, Sofía Sapega, under house arrest in the Belarusian capital.

Gabrielius Landsbergis, Lithuanian Foreign Minister, alerted the world days ago that "Lukashenko tries to use migrants as weapons." This is confirmed by phone Teija Tiilikainen, director of the Center of Excellence for Hybrid Threats of the EU and NATO, based in Helsinki, who adds that "it is not the first time" that asylum seekers have been used to destabilize Europe. “In 2015, Russia let migrants through as a form of pressure across the Norwegian and Finnish borders. Turkey has done it with Greece. (…) And there are similarities in what happened weeks ago in Ceuta ”. Lenoir-Grand Pons, security manager at International SOS, explains the strategy: “It is about destabilizing the enemy through non-violent or non-armed means (…) they seek to achieve the maximum impact with the least investment,and this case [the Lithuanian] proves it ”.

Even if it is the elephant in the room, no one dares to point directly to the Russian president, Vladimir Putin, to maneuver through Lukashenko, his main valid in Europe, but for Tiilikainen "there is an effect of the Kremlin directly or indirectly" in what is happening on this edge of the EU.

Since the last elections in Belarus and the subsequent Western sanctions packages against Lukashenko's entourage, Minsk has become closer to Moscow, on which it depends economically and politically, says the Finn. Tiilikainen assures that both governments have a common enemy: the EU and the West. "We do not know if Belarus is copying Russia's [destabilization] strategies, or if both countries are cooperating," slides the head of the Hybrid Threat Center. Along the same lines, and without wanting to blame the Kremlin, Lenoir-Grand Pons maintains that "undermining the spirits of the leaders and population of a country is a classic Russian strategy" and that "the ultimate goal of Russia is to destabilize the West."

Egle Samuchovaite, Director of Programs of the Lithuanian Red Cross, assures that what Lithuania is experiencing on the border is "unprecedented".

It describes how migrants - mostly Iraqis, but also Cameroonians, Guineans ... - cross the forest on foot, enter the areas of the border that are less guarded and automatically request asylum on Lithuanian soil, which is community soil.

Samuchovaite also warns of the population's growing rejection of migrants, especially by residents of border towns.

Lithuania is a country that is not used to a migration landscape comparable to that of the southern EU, with illegal crossings, fences and Frontex operations.

“Here we were used to smuggling tobacco from Belarus.

This is all new, ”Povilas Vitkus, a border guard, lamented to Reuters.

Lukashenko, for his part, denies that he is using migratory flows as a destabilizing weapon.

And far from being intimidated by a retaliation from the West, he warned: “We are not going to retain anyone.

They do not come to Belarus, but they go to warm, comfortable and illuminated Europe, "said the president in a mocking tone in a statement collected by the BBC.

In fact, the tension between the two blocs has risen to such an extent that Washington, a NATO ally of Lithuania, has been "concerned" and has assured that it is following the situation "very closely", according to Reuters.

Tiilikainen does not hesitate to say that Minsk "arms migrants" and ensures that these massive and punctual border crossings fall within the "hybrid threats" for the West.

For this reason, he believes, both the EU and NATO "must send out a common message that says that the response will be joint."

In fact, Tiilikainen recalls, there is a debate within the Atlantic Alliance about whether this type of hybrid acts can invoke Article 5 of NATO, which stipulates mutual defense.

“It is difficult to decide this.

NATO is studying it ”, he says.

Lenoir-Grand Pons is of the opinion, however, that “the possible Western response can be expected within the framework of sanctions and, in the case of NATO, with a deterrent battalion in each Baltic country [Estonia, Latvia, Lithuania] plus Poland. ”.

Given the "urgent and exceptional" situation that Lithuania is experiencing on its border with Belarus, according to the director of Frontex, Fabrice Leggeri, a group of border agents from the community agency will immediately deploy on the border with Belarus.

The Lithuanian authorities had requested days ago 60 guards, 30 patrol cars, two helicopters and a thermal surveillance camera. Warsaw-based Frontex on Thursday called on member states to provide agents and equipment in an operation that will last until 6 October. The agency intends for Bulgaria, Croatia, Finland, France, Germany, Poland, Romania, Slovakia and Slovenia to contribute up to 60 border guards.

In addition, the European Commission has announced the disbursement, in August, of 10 million euros to face this arrival of migrants, advanced the Interior Police Station, Ylva Johansson.

A hybrid war on the edge of Europe 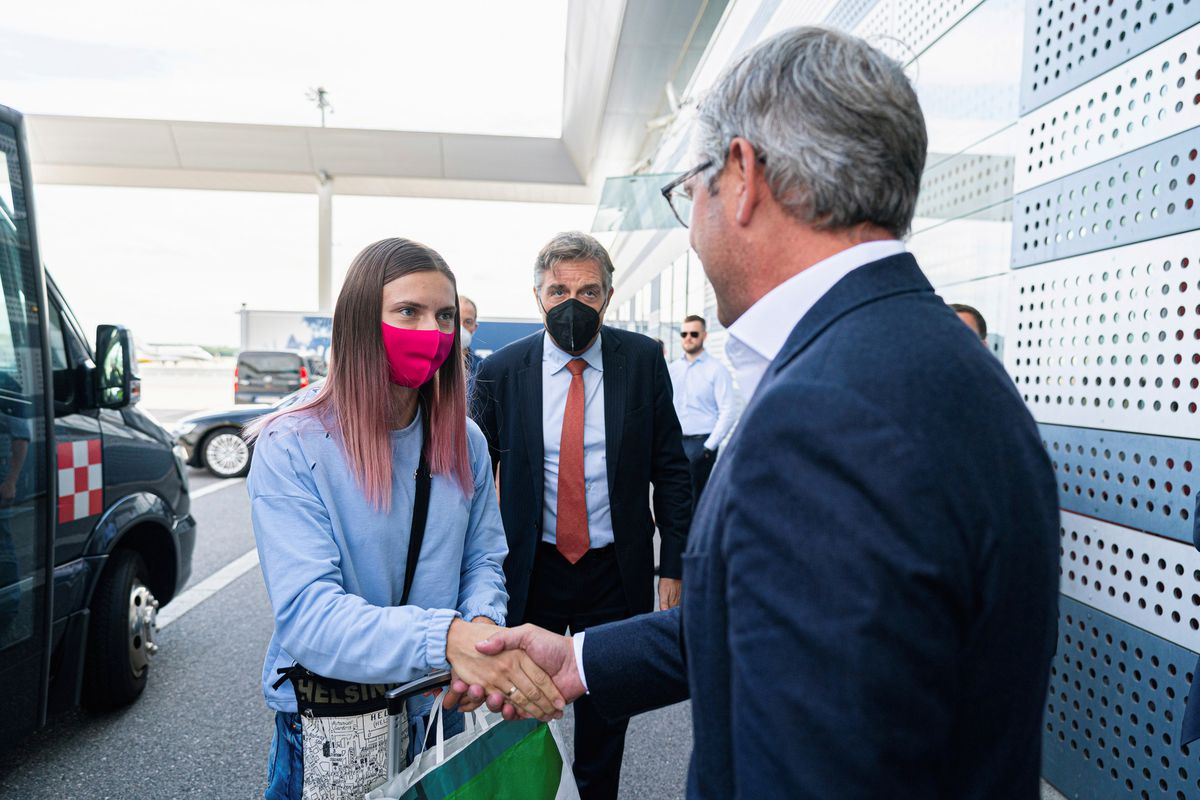 The Belarusian refugee athlete in Poland: "I will only return to my country when my safety is guaranteed" 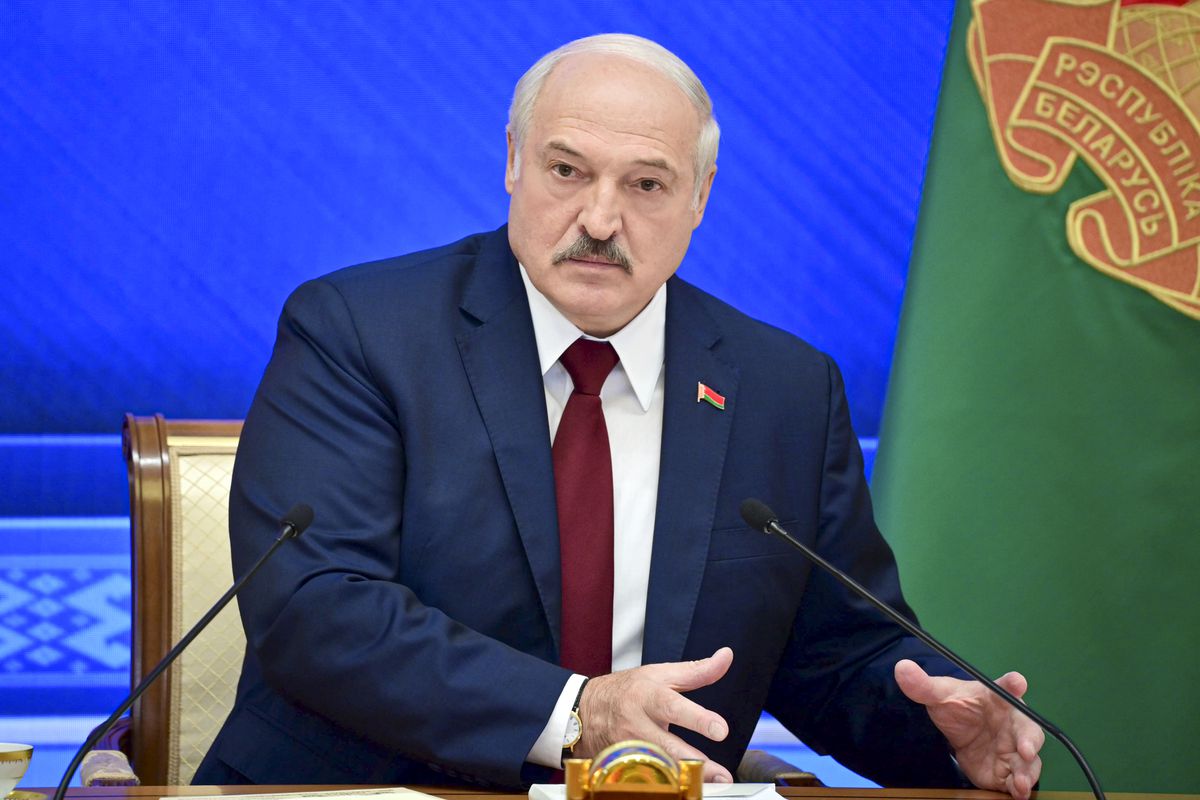 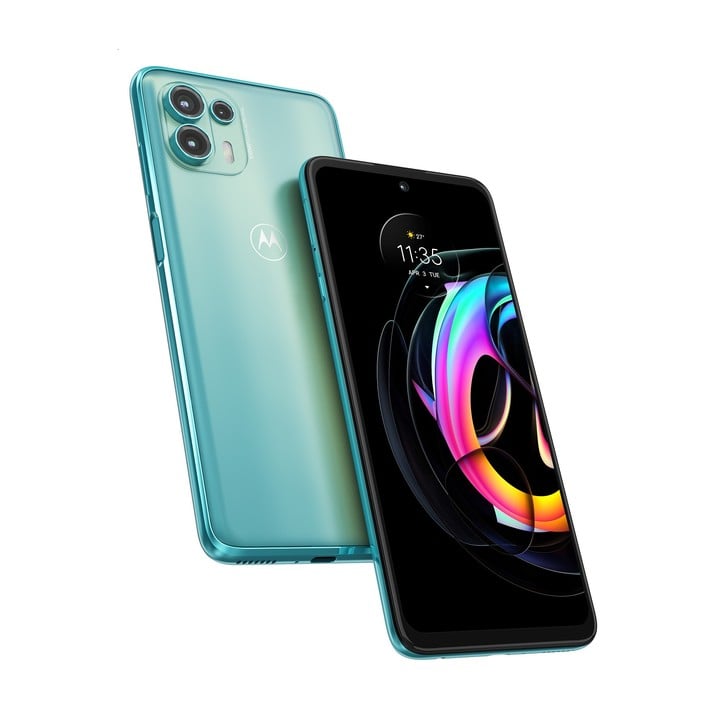 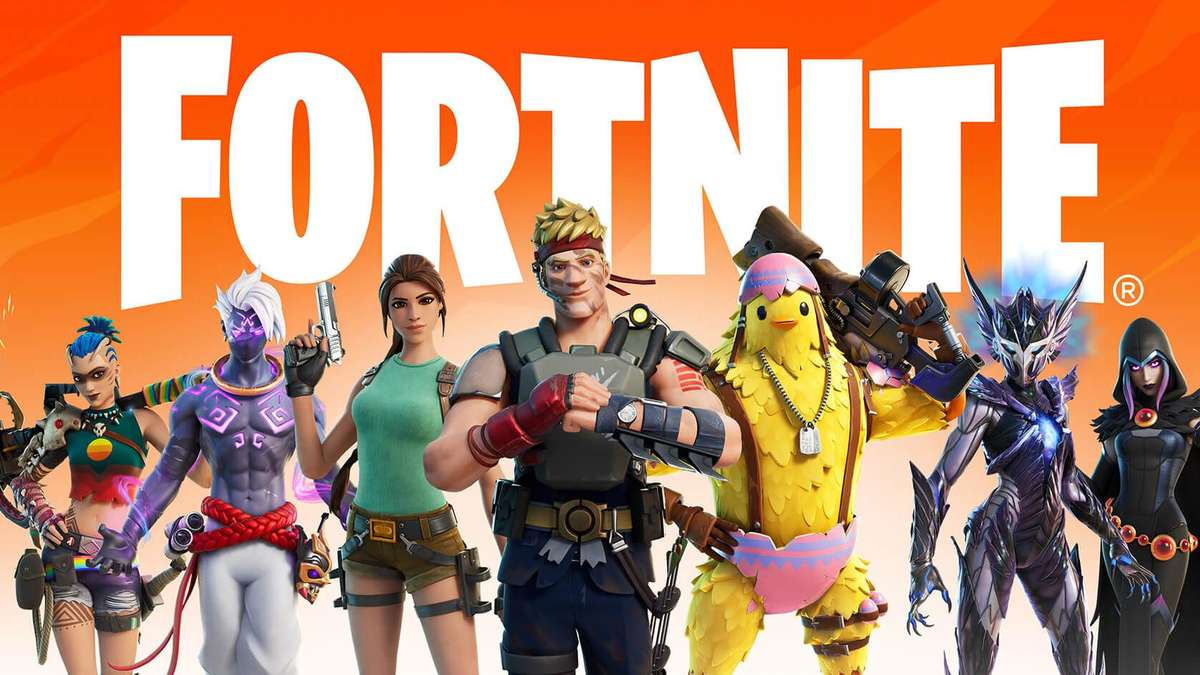 Fortnite Season 7: When Does the Next Season of Chapter 2 Start? 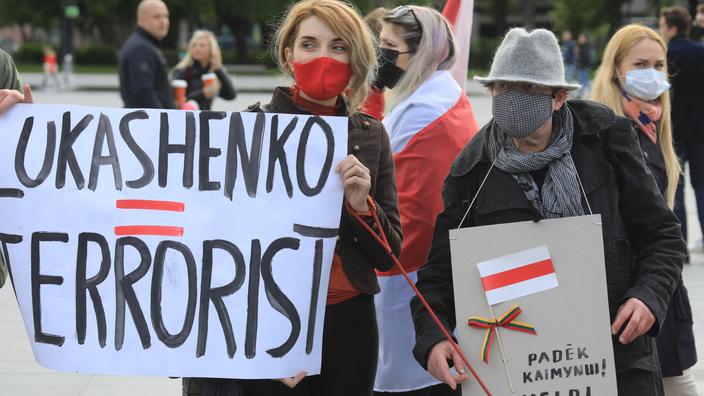 Border violations in Lithuania: "The European Union must defend itself against the Belarusian attack" 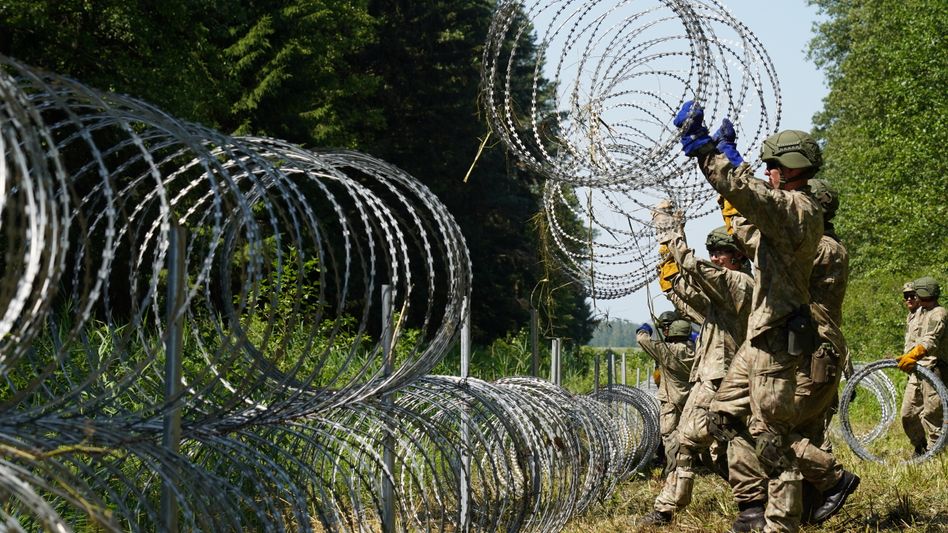 Russian Foreign Ministry: We respect the sovereign choice of the Iraqi people in their parliamentary elections
2021-10-12T08:26:44.265Z

Three martyrs as a result of the explosion of an ammunition depot for the mercenaries of the Turkish occupation in the countryside of Aleppo
2021-10-12T08:20:56.627Z

President al-Assad issues an administrative order to end the retention and summons of reserve officers, officers and reserve personnel
2021-10-12T08:09:18.365Z

Corona patients in the intensive care unit: the number of vaccination breakthroughs in Germany is increasing
2021-10-12T07:57:20.368Z

For the third day.. Completing the process of settling the situation of militants and wanted persons in the town of Sidon and its surroundings
2021-10-12T07:57:08.424Z