Desperation after the flood: Söder meets a woman who has lost everything - he tries to console

Markus Söder (CSU) met a flood victim on Sunday and looked visibly affected. When it comes to his climate protection goals, he has to put up with critical questions. When it comes to his climate protection goals, he has to put up with critical questions.

There they experienced a moment for which both political professionals were probably not prepared.

Poignant scene at Königssee: Söder is shown a woman who has lost everything

A woman is brought before the two politicians, she has to be supported by two relatives, is in shock after the flood disaster that hit Schönau am Koenigssee hard. What she says is not understandable. But it doesn't have to be. Scholz and Söder are visibly struck by the encounter. Scholz remains silent, nods. At some point Söder takes the floor and takes her hand. "We can help there, we can really help," says Söder, "we don't leave anyone alone." The scene shows, on the one hand, the brutal personal fate behind the flood disaster and, on the other hand, how narrow the line is between politicians during election campaign times Staging and real consternation have to move. Everyone can decide for themselves how well Söder does. The video is still on

His former rival Armin Laschet (CDU) had recently caused negative headlines as a giggling candidate for Chancellor in the midst of the flood ruins.

Flood disaster: Söder is committed to more climate protection - and has to ask himself critical questions

In the matter, however, Söder has to struggle with the same problems as Laschet.

It will probably not be easy to give the Union a green paint job in the last few weeks before the election.

An interview in the

on Monday morning revealed the problem. Bavaria is a pioneer in matters of climate protection, claims da Söder, far ahead of all other federal states, now it is a matter of acting even faster. “We need a climate jolt in Germany.” The moderator then wants to know why Söder doesn't simply cancel the controversial 10H rule. The law, which has been in force since 2014, stipulates that a wind turbine must be at least ten times its height away from residential developments. Since then, the expansion of wind power in Bavaria has de facto come to a standstill. Söder has to react evasively. Because his CSU wants to adhere to the same.

The Union is just not nearly as green as Söder and Laschet currently want to represent.

Söder's government declaration on new climate protection measures, which is planned for Wednesday, is unlikely to hold any surprises in store, except for the measures already decided by the cabinet.

Also on Monday morning at

, she calculates that if you are serious about climate protection and the energy transition, at least two percent of the country's area must be used for wind power.

This is what she advocates with all her might.

"That is the difference to Mr. Söder at this point."

Desperation after the flood: Söder meets a woman who has lost everything - he tries to console "Latrine slogans": CDU targets FDP and gets contra - "This is advertisement for Finance Minister Habeck"

Asghar Farhadi, so human and so complex 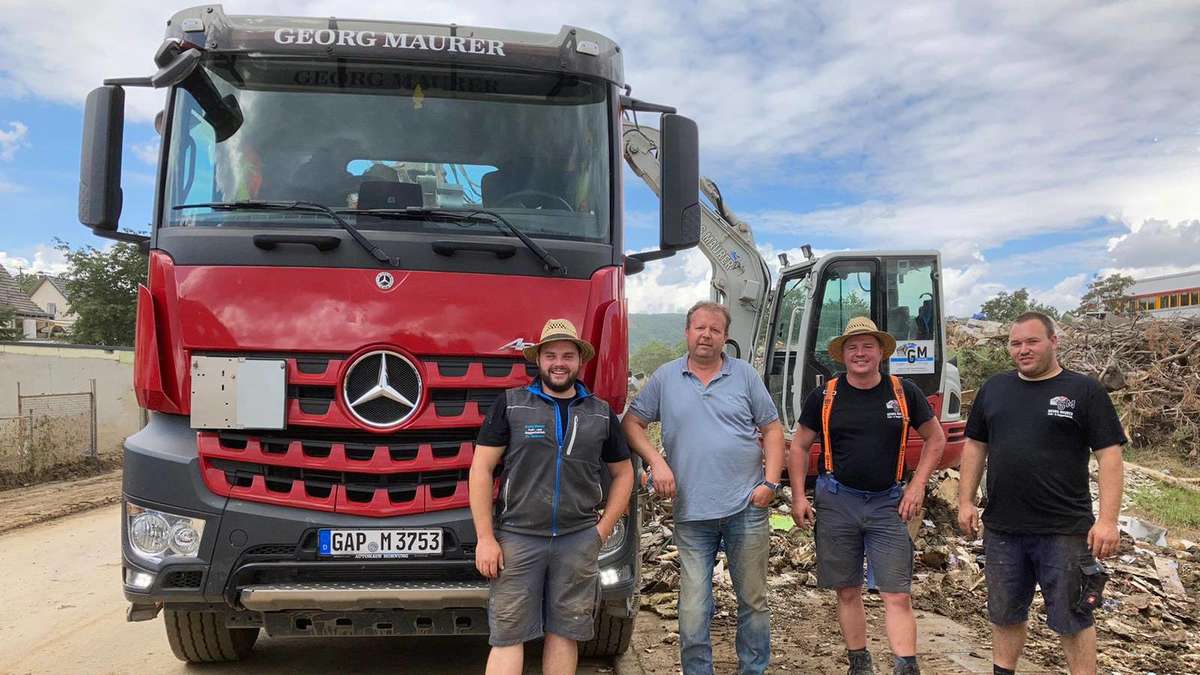 Fascinating art project: a music college graduate from Freising composes a suite that revolves around works of art
2021-10-21T12:06:40.702Z