The journeys that changed Thao Phuong: from Vietnamese raft girl to fashion designer and artisan advocate

She was a refugee and triumphed in the textile sector. Now settled in Barcelona, ​​she has left the clothing industry and sought a way to connect her passion for fabrics with the fight for sustainability and against trafficking in her native Vietnam. 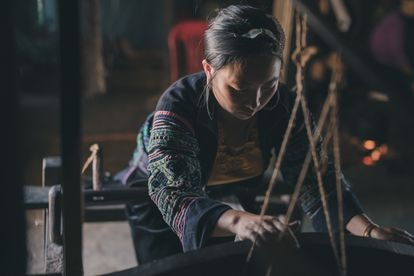 Thao Phuong was a rafting girl.

This is what they called (

) the Vietnamese who fled their country in the years after the war.

He was born in 1979 and when he was just eight months old, his parents set out on a journey in search of a better life.

It's not something they talk about a lot, they just told me that he cried all the time, ”he says.

His first destination was an immigrant detention center in Malaysia.

Eventually, they moved to Melbourne, the capital of Australia.

There he grew up and lived until, at the age of 17, he returned for the first time together with his parents to Vietnam.

That trip was his first reconnection with his roots from which he had never completely detached himself. “Every weekend my parents took me to a Vietnamese school to learn the language. I didn't want to go to class on Saturdays, but now I appreciate it, ”he acknowledges. Speaking the mother tongue has allowed her to make many more trips back and forth afterwards. And his dual identity, feeling that he was from two places, fueled his curiosity to learn about different cultures.

During her childhood, Phuong also developed her passion for textiles.

“My mother was a seamstress and had her workshop in the backyard at home.

I remember being surrounded by patterns and fabrics.

And I played to dress my dolls ”.

When the time came, she enrolled in fashion school and later got her first job at a national firm.

"I learned that to design you not only have to know how to draw, but also to make patterns, sew, fit the garments ...".

When she felt ready, she launched her first collection of her own in Australia.

"It was a very special moment," he says.

And it was the beginning of another great journey.

"I felt like I wanted to explore the world and I went to London for six months." He didn't come home until a year and a half later, he laughs as he tells it. Other destinations followed: New York, Hong Kong, Singapore, Shanghai ... "Always for work." Phuong had carved out a designer niche in the fashion industry and was touring the world. Until in 2015 she ended up in Barcelona, ​​where she worked for Inditex as a designer of women's garments for the Massimo Dutti brand for four years. That was six years ago. "It's the place I've lived the longest," he says in English because he doesn't dare to interview in Spanish yet.

Just as she had found a place to stay in Barcelona to slow down, Phuong felt the hectic fashion industry had to do the same. This sector is responsible for 8% of greenhouse gases and consumes 215 billion liters of water per year. These are updated data from the United Nations Alliance for Sustainable Fashion, which also calculates textiles are the source of 9% of the microplastics that pollute the oceans.

On her 2017 vacation, Phuong traveled to Sa Pa, in northern Vietnam, where she met Tà Mây, an indigenous woman from the Red Dao ethnic group who taught her traditional embroidery techniques from her tribe.

"After meeting her, I realized that my world had changed."

When he returned to Spain, everything seemed "sterile", recalls the designer.

"The white walls of the office didn't tell me anything."

But there was still one more adventure that would change Phuong's trajectory.

In 2018 he returned to Vietnam, in Láo Cai he visited a shelter for survivors of human trafficking.

There she realized the close relationship between the vulnerability of girls and young women and the loss of the textile tradition in remote communities.

Despite the cultural value of Vietnamese textile crafts, indigenous women who treasure the ancestral knowledge of weaving are from humble lives. “The daughters no longer want to learn the techniques of their mothers and grandmothers because they believe that they will not win anything. And they think that if they go to the city, they will have more opportunities. That makes them easy targets for mafias and even family members who deceive them by promising them jobs when in reality they subject them to forced marriages, exploit them, prostitute them or even force them to pass drugs to other countries ”, he details.

After 20 years of successful career, Phuong concluded that working as a designer in the fashion industry solves nothing.

“I wanted to do something to change.

I felt privileged to learn the stories of the victims of human trafficking.

And it could not continue contributing with the values ​​of an industry that despised the artisan production knowledge of the tribes ”.

The more I shared these reflections, the more people I found interested in meeting these women and learning their techniques, fabrics, dyes ... "And I saw the connection between the people in my circle and the indigenous women."

This is how his TextileSeekers project was born in November 2019.

It could not continue to contribute to the values ​​of a textile industry that despised the artisanal production skills of these tribes.

Is it a travel agency? “I don't like that definition because it has negative connotations. What I do is connect people with tribes and a conscious way of traveling ”. Phuong has already organized, before the covid-19 temporarily paralyzed its activity, two expeditions of women who traveled to Sa Pa for eight days to live together and learn the textile techniques of the indigenous women, for which they receive an economic compensation. "I pay for them myself, without intermediaries," says the designer who wants to show that "there are other ways of traveling and shopping." She calls it “retreats” and hopes to resume them in November 2021.

"It is aimed at women to respect the privacy and customs of indigenous women," he says. Also committed to sustainability, the founder of TextileSeekers accommodates female travelers in an environmentally friendly hotel and they move and consume from local businesses. Like Phuong, most of her clients are creative industry entrepreneurs who have experienced their own stories of change.

During the months in which the pandemic has prevented large movements, Phuong has not stopped scheming how to help her Vietnamese friends. “I have started to contact brands to introduce crafts from these tribes in their collections. And that they not only pay them a fair price for the products, but also give them a percentage of the retail sale, "he says. The more dignified the life of the weavers, she thinks, the less likely it is that the girls will be dazzled by the false promises of a job in the city.

He has also edited a book in which he tells his story and that of the women on the other side of his travels, shares recipes for dyes and shows his creations in a careful photograph.

“It is a journey in words and images.

10 of them stayed in Palma de Mallorca, where they traveled to the XTANT international artisans meeting to share their one-way journey and many returns to their origins.

So that others are not refugees or trafficked, fleeing poverty.

To not be part of a problem and earn a living trying to be the solution. 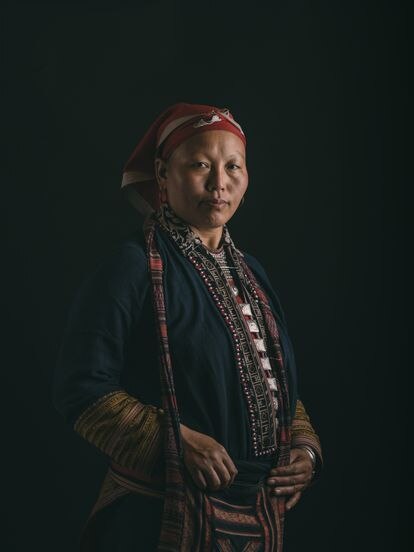 The journeys that changed Thao Phuong: from Vietnamese raft girl to fashion designer and artisan advocate 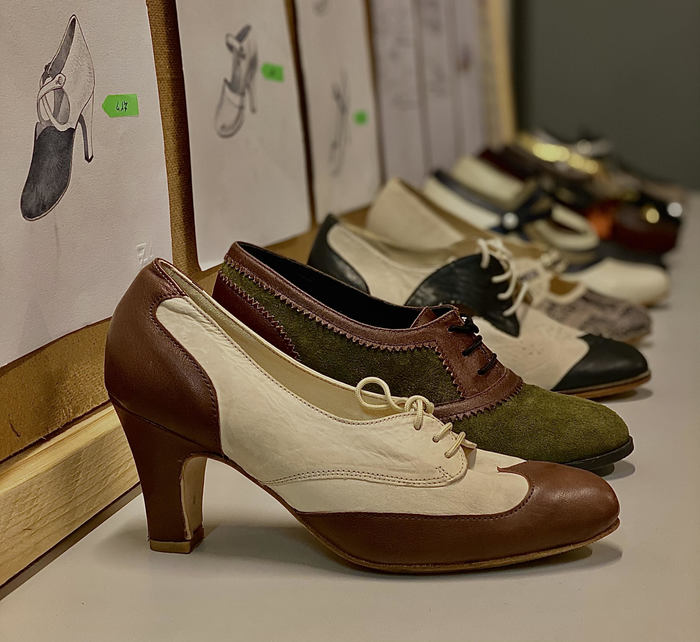 Romaison, Made in Italy creativity celebrates the Christmas of Rome - Lifestyle 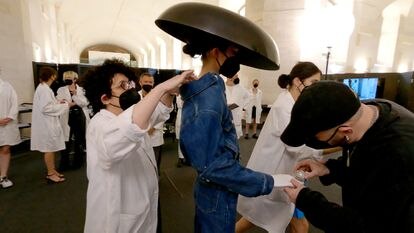 The designer who brought haute couture back to Balenciaga 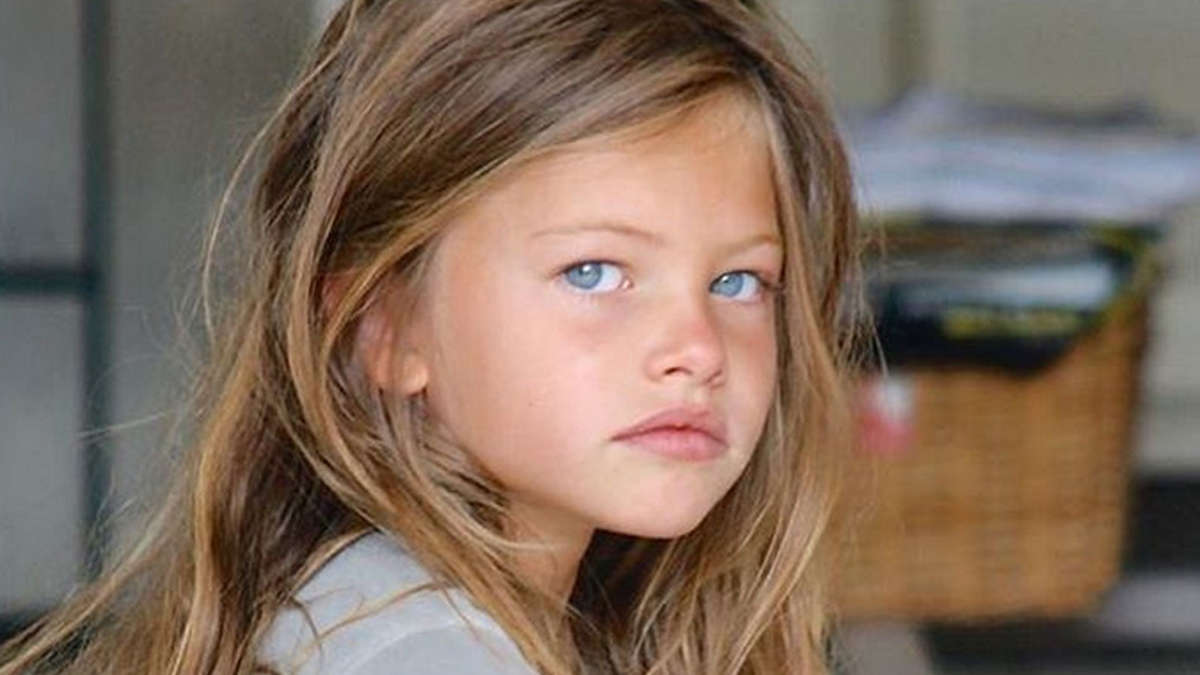 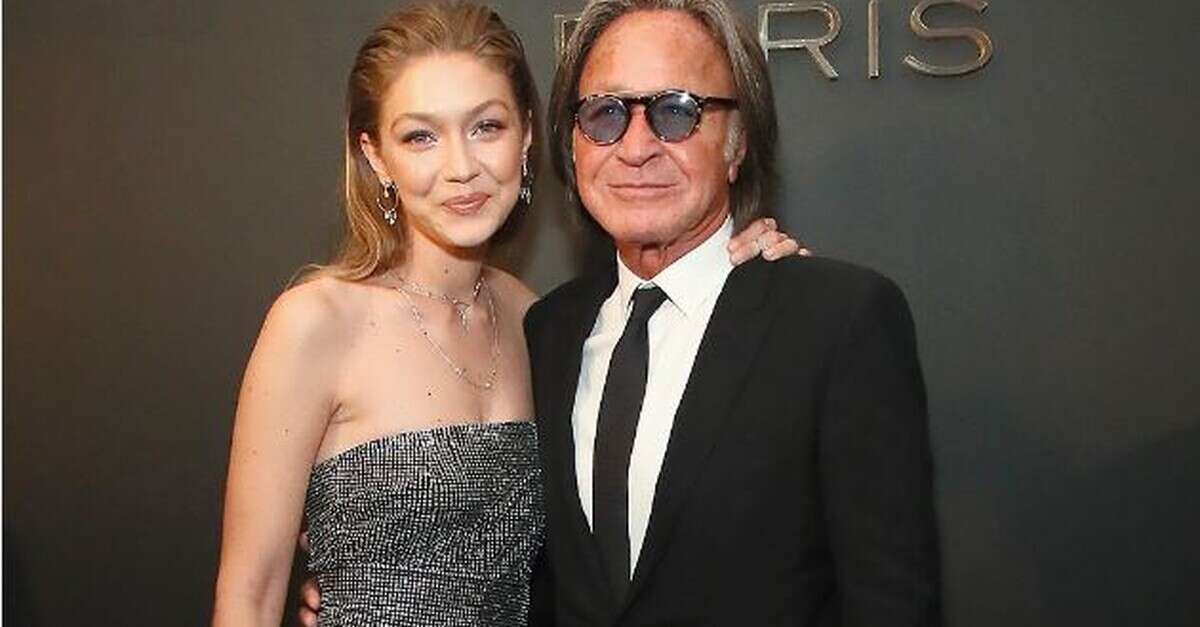 This is not what we expected: Gigi Hadid's makeover Israel today 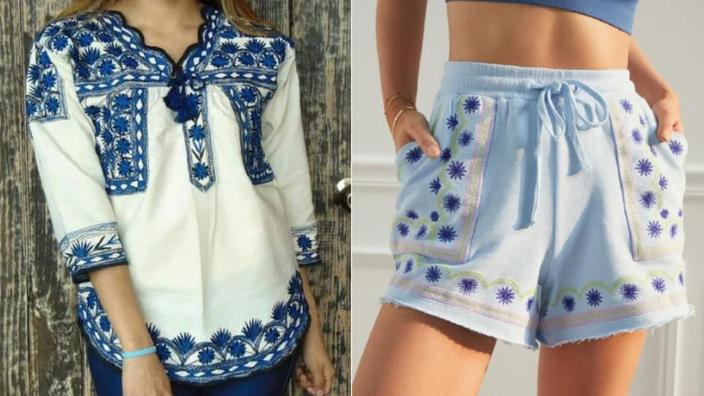 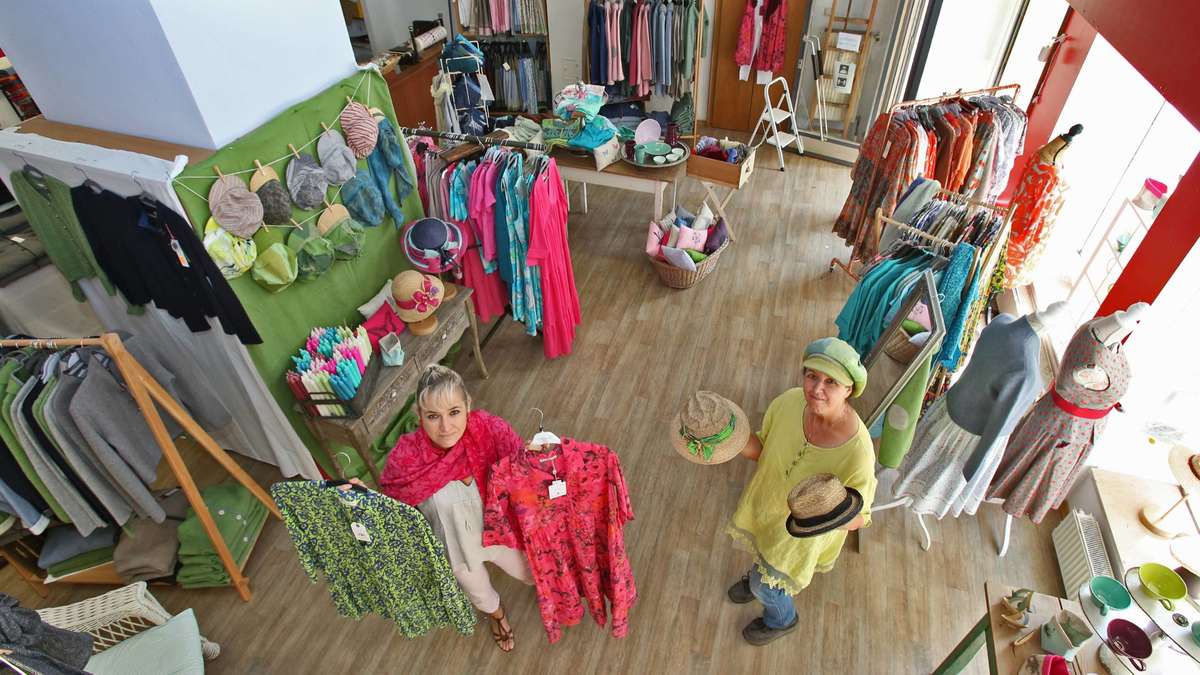 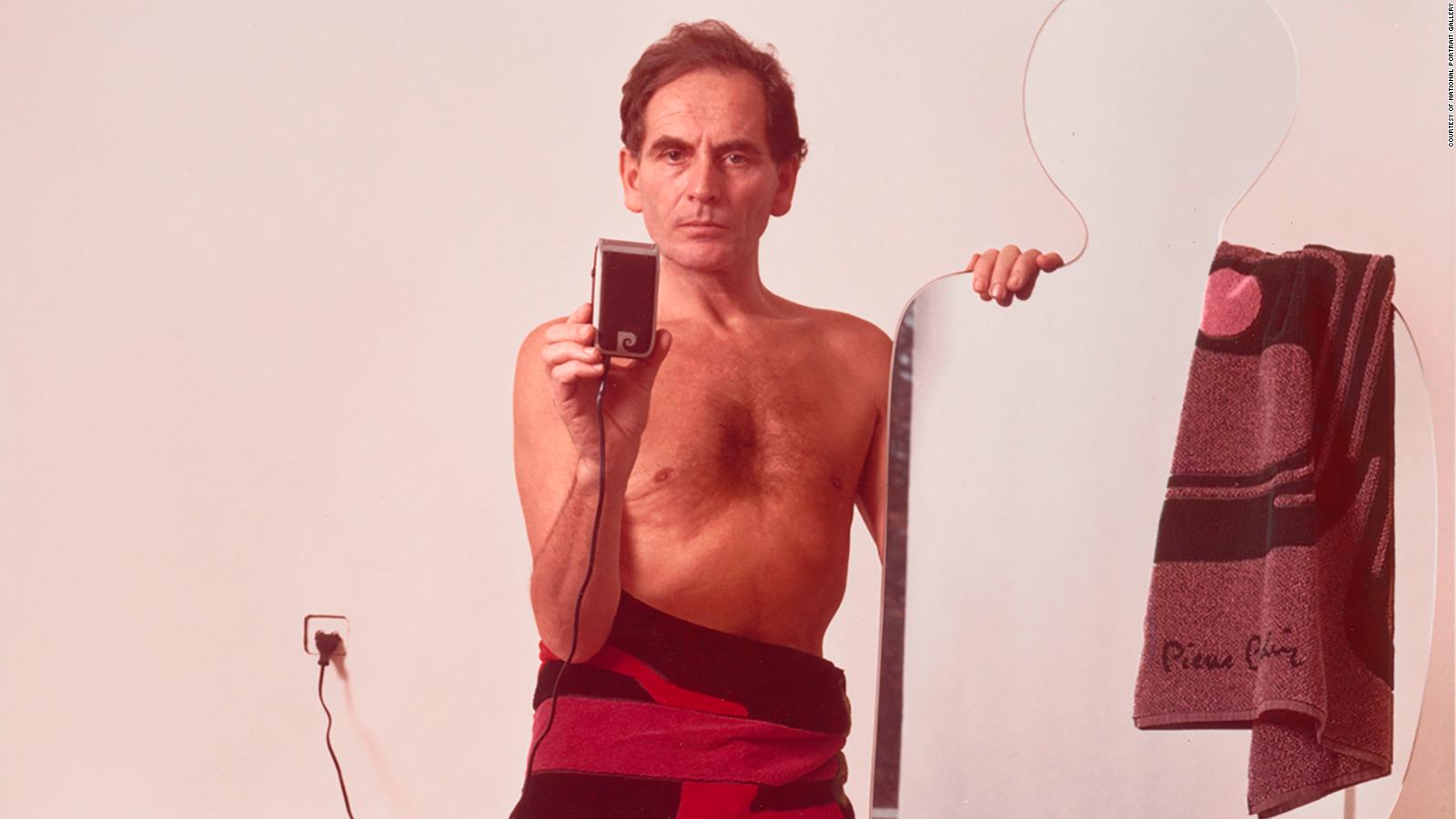 OPINION | Why has Pierre Cardin been so famous? Many had no idea and now worship him! | CNN 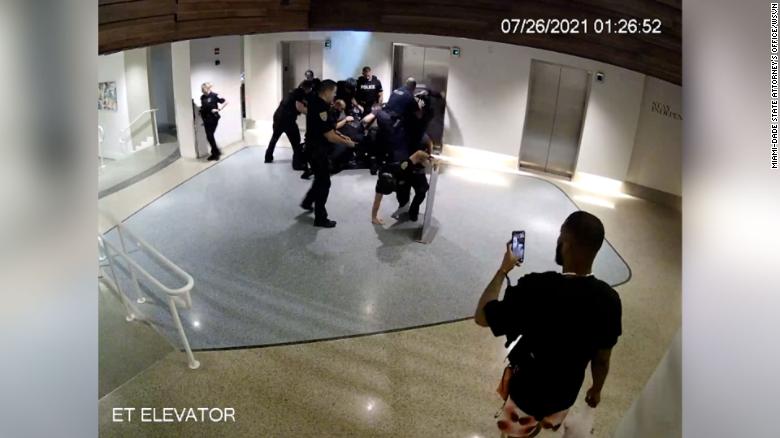 WHO calls for postponement of booster doses against COVID-19 to vaccinate everyone and avoid more dangerous variants
2021-08-04T17:04:34.604Z