Twenty percent of sub-districted rooms have no windows for ventilation, nearly half of the room temperature is above 30 degrees.

Today’s intense heat, coupled with the influence of the sinking air around the tropical cyclone "Fireworks", is very sultry and hot, and the grassroots of the snail residences are even more miserable. A survey released today (22nd) by the Joint Residents Concerned at the Grassroots Level found that 20% 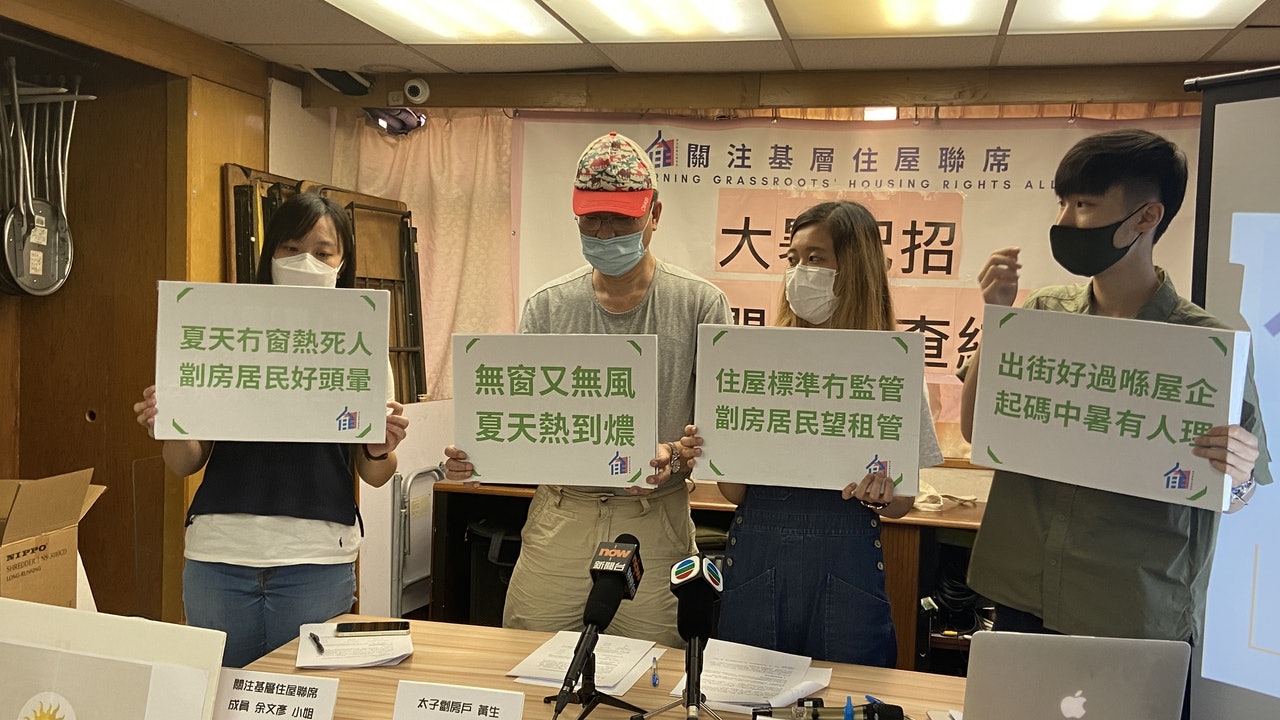 Today’s intense heat, coupled with the influence of the sinking air around the tropical cyclone "Fireworks", is very sultry and hot, and the grassroots of the snail residences are even more miserable.

A survey released today (22nd) by the Joint Residents of Concern for the Basic Level found that 20% of the sub-district households do not have windows for ventilation, and nearly half (47.6%) have a room temperature of 30 degrees or above.

Some tenants sighed that the only window in their home was sealed because they could enter mice, and staying at home just felt "so hot and so hot"!

The joint call on the government to pay attention to the issue of subdivided housing, in addition to increasing the amount of public housing construction, should also establish a "basic household standard" as soon as possible.

A total of 156 valid questionnaires were collected from a survey conducted by the Joint Focus on Grassroots Households from July 3 to 15. The results showed that nearly 20% of households did not use or did not have windows in their homes. Even though 36.5% of 80% of households with windows received only 1 Sash windows.

The survey showed that 90% of households’ utility bills increased in hot weather, and 59.7% said they increased by more than 400 yuan.

At the same time, the joint team also visited the house to measure the temperature of 103 sub-divided households, and nearly half (47.6%) of them reached 30 degrees Celsius or above.

If medical research indicates that 24 degrees is the most suitable temperature for humans, the joint team believes that the relevant sub-districts are not suitable for living.

According to the survey, nearly half of the respondents in the hot weather indicated that environmental problems have increased and mental stress has increased and they do not want to stay at home.

Mr. Wong, who lives in a 50-foot subdivided unit in Prince Edward, said that summer is coming and the house is very hot and stuffy. Because he retires, he has no choice but to cook at home every day. "It's so hot and hot."

He said he would stay in air-conditioned shopping malls every afternoon to evening.

After living in a sub-house for 5 years, he now has a poor appetite and his skin is often "grained". I hope that officials can solve the housing problem in Hong Kong as soon as possible.

The joint hopes that the government will increase the amount of public housing construction, so that grassroots citizens who have been waiting for many years can go upstairs as soon as possible to improve their living environment.

It is also hoped that the government will formulate "basic housing standards" as soon as possible, including requirements for per capita living area and basic facilities, to take care of people with different incomes, especially grassroots families.

The joint team is happy to see that the government implements subdivided housing rent control, but is worried that the draft does not mention that the guidelines for unit division will be enacted and they are worried that the current unsuitable housing environment will not be changed.

The joint hope that the government can consider providing independent fire-fighting equipment for each subdivided room.

Xia Baolong hopes to bid farewell to the subordinate housing concern groups that they are not optimistic. The Hong Kong government has not set a timetable and has no intention of banning Carrie Lam: bidding farewell to subordinate housing is a long-term vision. Expanding the scope of anti-bribery regulations affects the constitutional status of the chief executive. Residents: small number of beneficiaries, non-solutions, rent management | external concerns about landlord’s rent increase during window period Chen Fan appeals to tenants: it is reasonable not to sign DSE to release the list| Block mobile phone 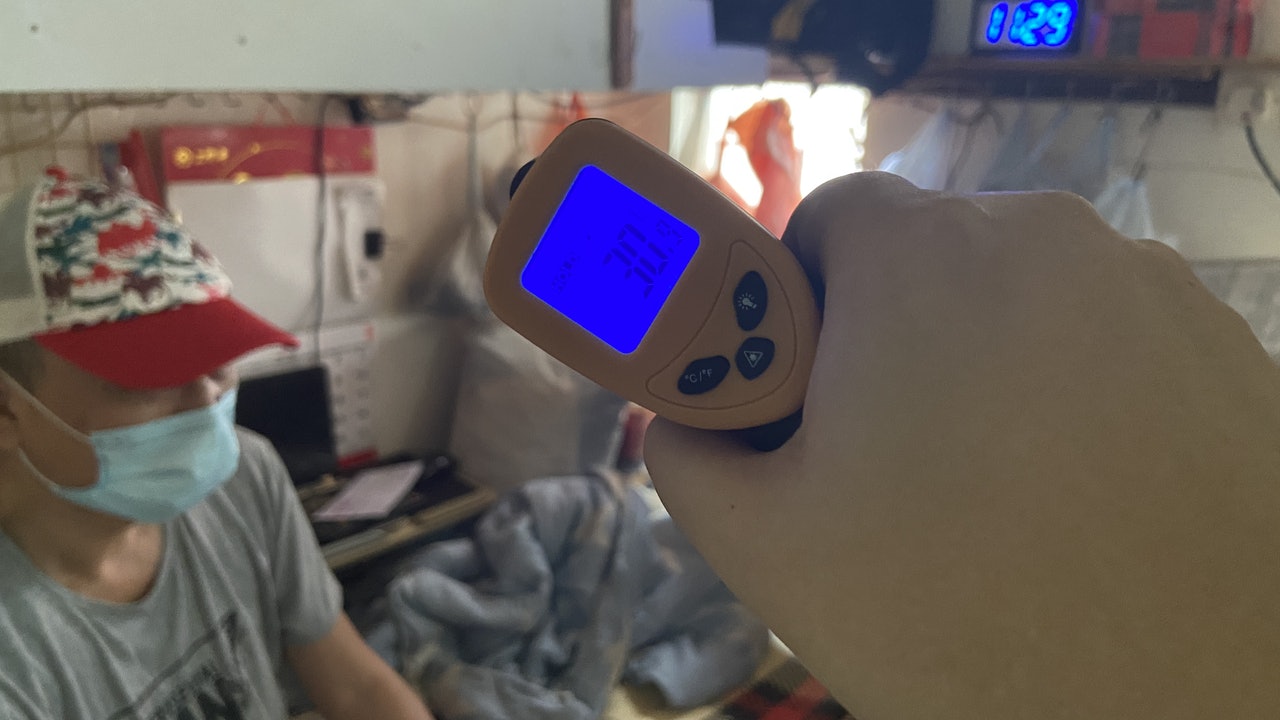 In the heat of the summer, the sub-rooms explode at 30 degrees, no windows, and linger in the mall for 6 hours a day to "heat dissipation"

Twenty percent of sub-districted rooms have no windows for ventilation, nearly half of the room temperature is above 30 degrees. 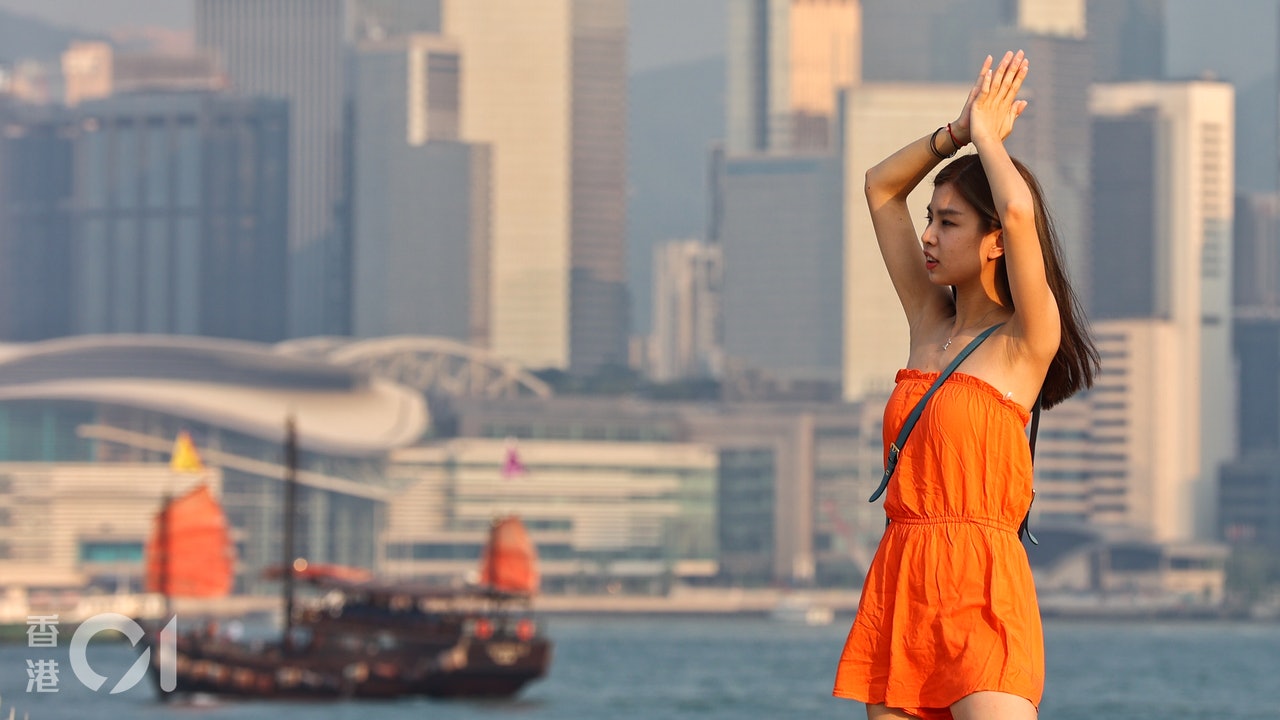 Severe heat warning comes into effect, rises to 35 degrees at noon in the two districts 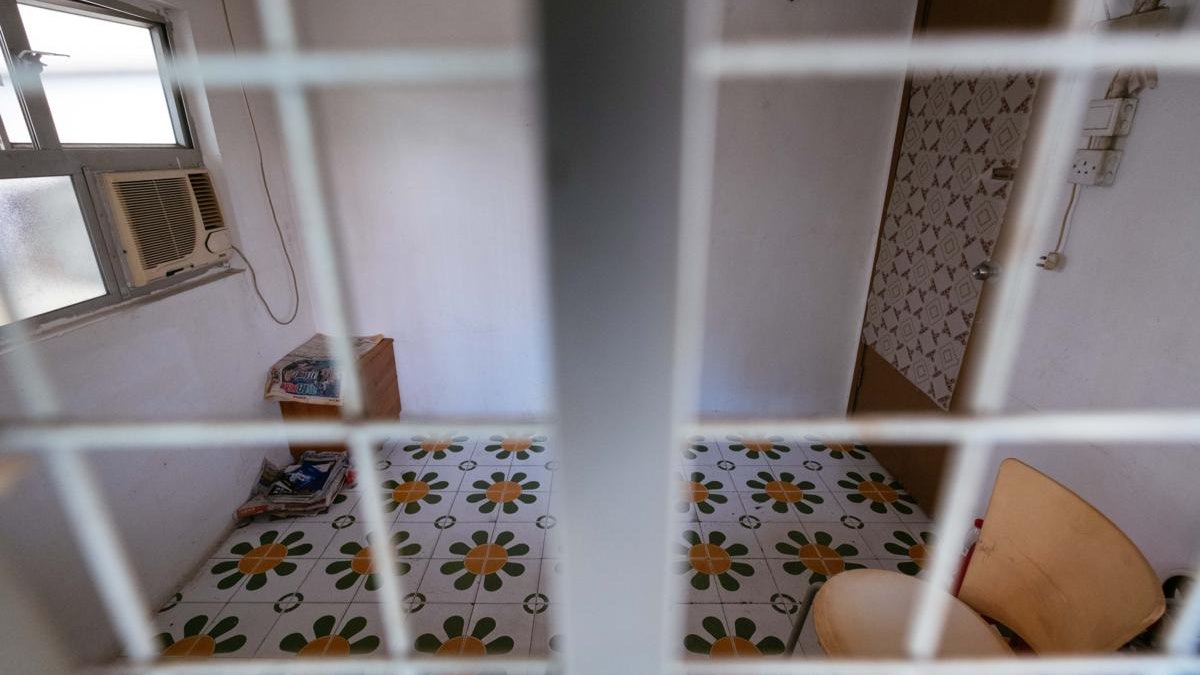 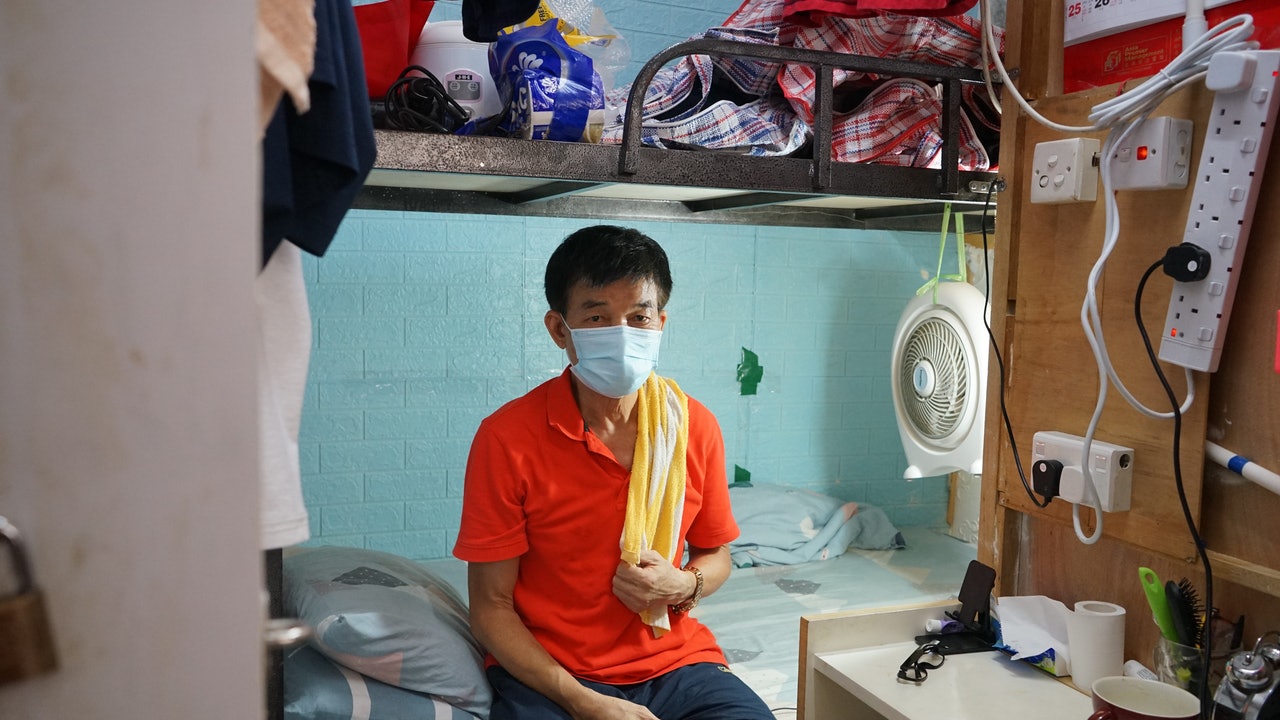 The occupant in the cubicle suffers from colorectal cancer and stays at home without air-conditioning. Lice bites: catch lice 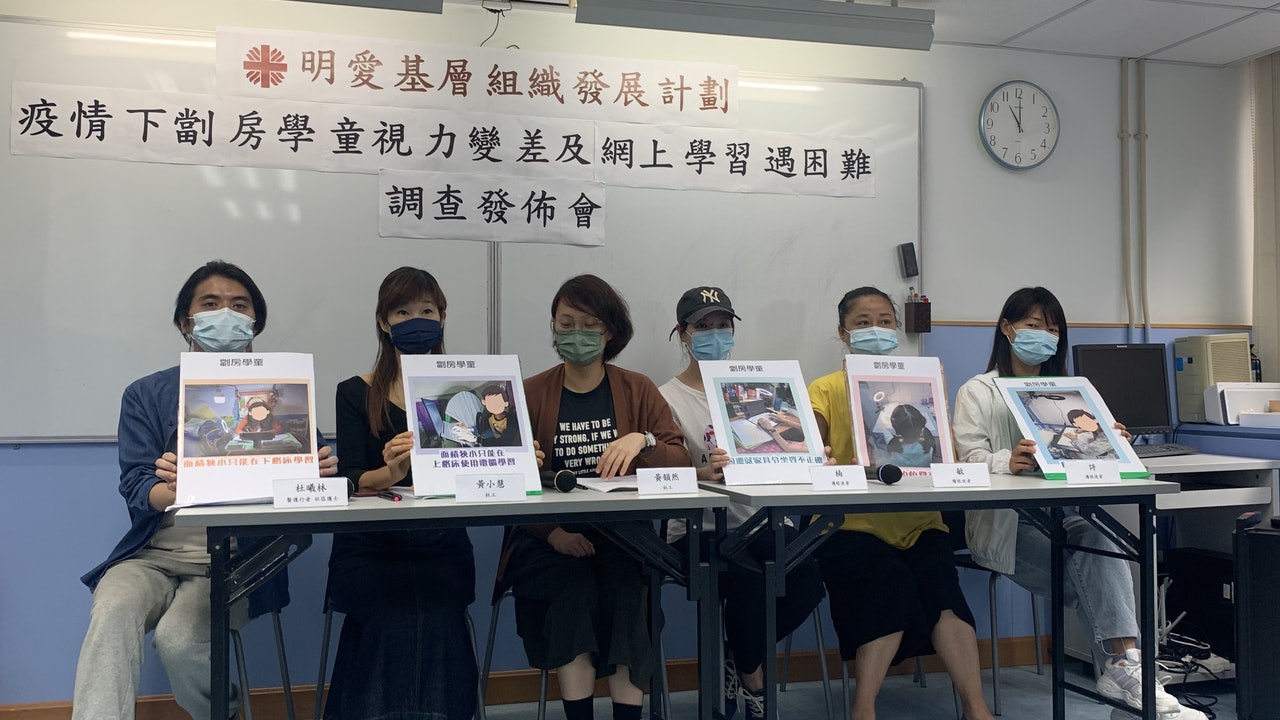 Insufficient light "eyes hurt" sub-room children's online classes change "mandarin duck eyes" a year, one myopia is normal and the other is normal Save heating costs: With these eight tips