The new crown pneumonia epidemic in Hong Kong continues to be "cleared". Two new imported cases were added today (23rd). Two female patients arrived in Hong Kong from the UAE and Bangladesh respectively. A total of 11,974 cases were diagnosed in quarantine hotels. A resident 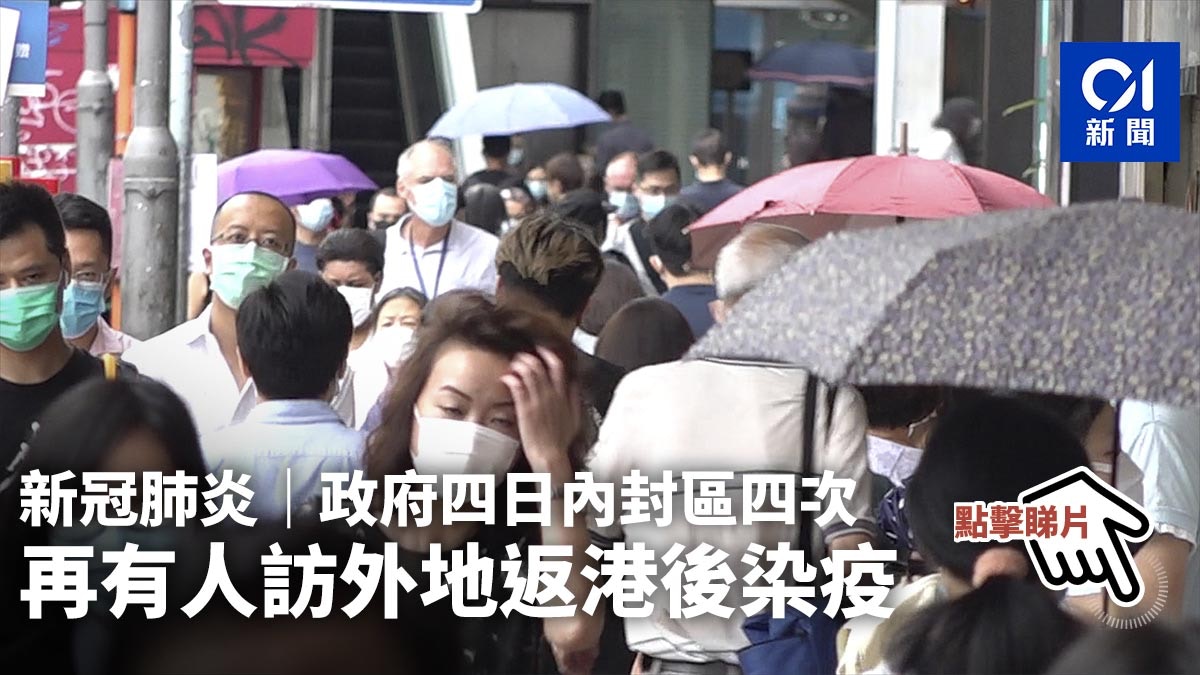 The new crown pneumonia epidemic in Hong Kong continues to be "cleared". Two new imported cases were added today (23rd). Two female patients arrived in Hong Kong from the UAE and Bangladesh respectively. A total of 11,974 cases were diagnosed in quarantine hotels.

A 36-year-old female resident living in Block 6 of Hengshun Garden, Tuen Mun, visited Dubai, UAE. The sample submitted on the third day after arrival in Hong Kong tested positive, involving the L452R variant virus, because she had been exposed to the virus during the 21-day incubation period. Living in Hong Kong, the authorities closed down its Hong Kong residence building last night, and all residents in the building were required to undergo mandatory testing. As of midnight today, about 300 residents were tested, and no confirmed cases were found.

Vaccine Lucky Draw｜With a link to register the guide, the manufacturer will send a total of 3.1 million free credit spending

The Hong Kong Government issued a mandatory inspection notice today (23). Anyone who has been on the container ship "Maersk Lima" at the Kwai Tsing Container Terminal in Hong Kong, New Territories for more than one hour between July 13 and 15. Accepted for review on or before 25th.

[22:35] The Food and Health Bureau issued a mandatory inspection notice tonight (23rd). Anyone who has been on the container ship "Maersk Lima" at the Kwai Tsing Container Terminal in Hong Kong, New Territories for more than one hour from July 13 to 15 , Must be tested on or before the day after (25th, Sunday).

The relevant forced inspection operation is believed to be related to the initial diagnosis of an Indian crew member who arrived in Hong Kong last Friday (16th). The Center for Health Protection stated at the time that the case was consistent with the Fuyang case, and the entire crew of the ship needs to be isolated at sea 21 sky.

27,900 people made appointments for vaccination.

Twelve of them have been discharged from the hospital, four were left for observation, two did not follow the doctor’s advice, and three left the hospital without consultation.

Nie Dequan, the director of the Civil Service Bureau, who is in charge of vaccination, posted on Facebook that he hopes that more people will be vaccinated as soon as possible, especially the elderly, and reiterated that experts recommend that all elderly people who have been vaccinated against influenza can be safely vaccinated against the new crown.

Consumption Voucher｜Customers who buy an injection of 200 yuan can get a lottery ticket prize of 10,000 yuan gift voucher

[20:02] The first installment of consumer vouchers will be issued on August 1. Wing On Department Store announced today (23rd) that a series of rewards will be launched. , You can get an additional 30 yuan Yongan gift certificate, and so on; if you buy with consumer vouchers, it will add value in disguise, and the limited period will be as long as the end of 2024, which is equivalent to extending the use of consumer vouchers.

[14:37] In response to the government's "grain needle" policy, many companies have launched a vaccine lottery.

The Hong Kong Theatres Chamber of Commerce announced today (23rd) that it will give out 5 sets of "Annual Theatre Packages" as a lucky draw. Each set includes 365 movie vouchers, which can be redeemed for a 2D regular-priced movie ticket at any theatre in Hong Kong .

The Hong Kong Theater Chamber of Commerce announced that it will give out 5 sets of "Annual Theater Tickets" as a lucky draw.

(Provided by the Hong Kong Theatre Chamber of Commerce)

New Coronary Pneumonia | 2 more imported cases, one person with L452R variant has been vaccinated with two doses in Hong Kong

[15:15] The Centre for Health Protection announced today (23rd) that two new cases of new coronary pneumonia have been imported. Among them, a female patient who arrived in Hong Kong from the UAE has the L452R variant virus strain. She had been vaccinated with two doses of Fubitai vaccine.

The other female patient was a foreign domestic helper from Bangladesh.

In addition, there are fewer than 5 preliminary confirmed cases today.

[12:52] In response to the government's "grain needle" policy, many companies have launched a vaccine lottery.

Among them, Henderson Land Development Group will hold 6 lucky draws. The first prize winner of the last lucky draw will get a 9999 real gold 60 tael worth more than 1 million Hong Kong dollars.

Citizens who fail to win the prize should not be discouraged, because the third draw will be held on August 5.

[06:58] The Health Protection Center announced that a 36-year-old female patient who had traveled to Dubai, United Arab Emirates was initially diagnosed with the L452R mutant virus. The authorities announced last night (22nd) that it was sealed off in Tuen Mun. The residences in Block 6 of Hengshun Park were tested.

The government issued a statement early in the morning, stating that the mandatory testing operation in Tuen Mun's "restricted area" (i.e., Block 6, Hang Shun Garden, 388 Castle Peak Road, Tuen Mun) has been completed, and no confirmed cases have been found.

▼How to register 5,000 yuan electronic coupon in 5 minutes▼

New Crown Vaccine | Expert: It’s too early to get the third shot 14 days apart from the flu vaccine

7.22 | The sixth female resident in Heng Shun Garden, Tuen Mun, infected with the variant virus must be closed for new crown pneumonia | 5 imported cases and 2 people with the variant virus sand consul children are diagnosed with new crown pneumonia | The children of the infected sand consul may violate Quarantine orders experts to urge the review of the current exemption policy for the new crown vaccine | 64,000 injections increased, 2.12 million received two injections, 14 people were unwell and sent to hospital for new crown vaccines | Experts: It is too early for the third injection to be given 14 days apart from the flu vaccine 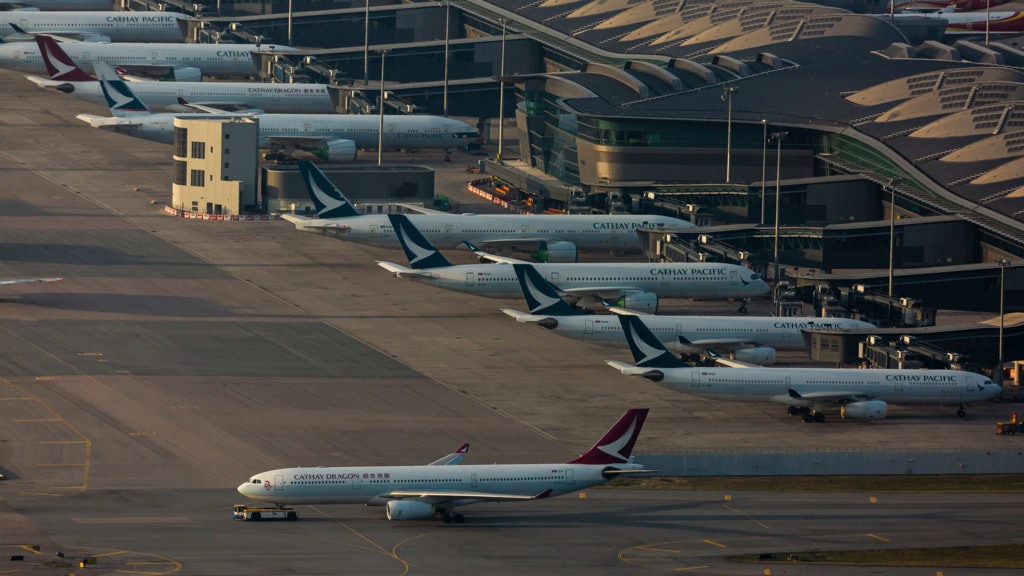 Coronavirus disease. Latest | The cumulative number of people who had been diagnosed with less than 5 vaccinations at the beginning is expected to break the 3 million mark today 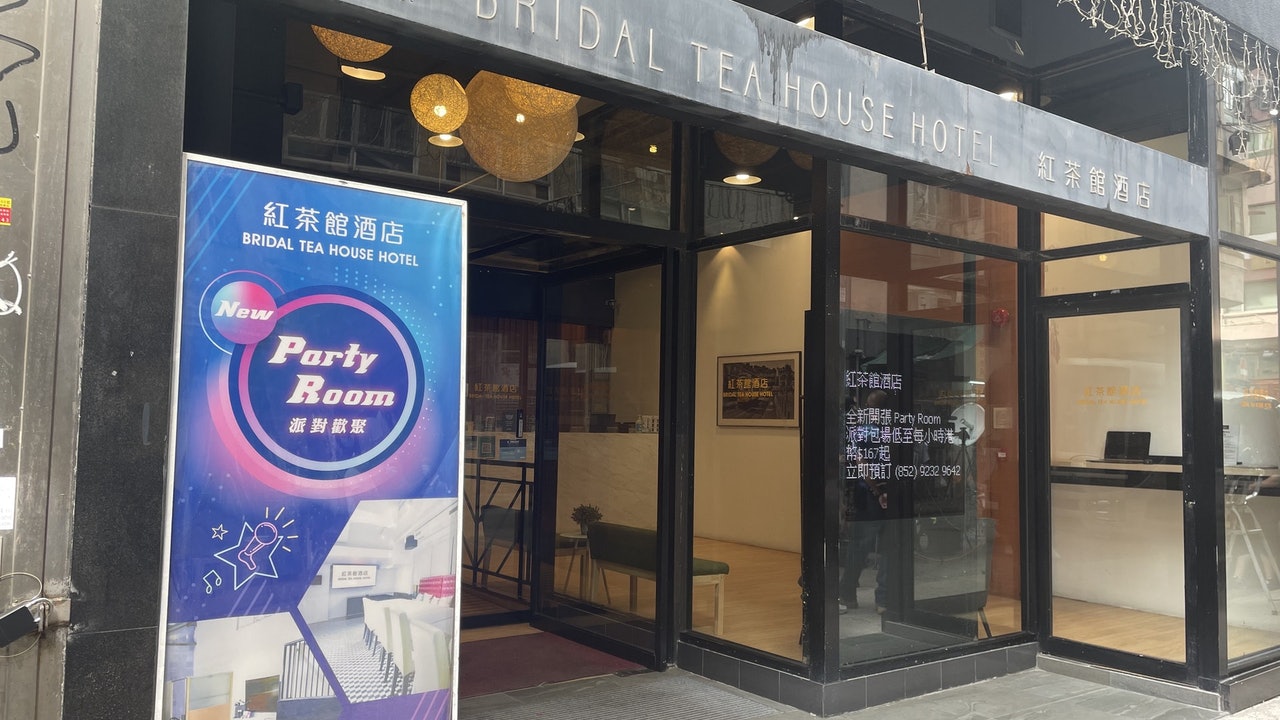 Have you had a profound experience since the anti-revision law? Lam Cheng: Hong Kong's economic development was originally a political issue
2021-09-26T09:45:29.759Z

Macau Epidemic｜A national inspection will be launched again at 3 o'clock this afternoon. The hotel has an epidemic prevention loophole and needs follow-up
2021-09-26T08:38:47.120Z