The swimmer is excited for the opening ceremony of Tokyo 2020, in which he and Hanna Kneizba Minenko will carry the Israeli flag: "Israel is everything to me. Very excited about the class."

Yaakov Tomarkin: "Strengthens the shoulder to carry the flag. Mother is excited at home"

The swimmer is excited for the opening ceremony of Tokyo 2020, where he and Hannah Knyazeva Minenko will carry the Israeli flag: "Israel is everything to me. Very excited about the class. The smell of the Olympics is the same as soon as you enter the Olympic Village."

There are many signs that you have reached something in your sporting career. Carrying the flag at the opening ceremony of the Olympic Games, is one of them. Yaakov Tomarkin will be today (Friday, starting at 14:00 Israel time) on the track at the Olympic Stadium, carrying the Israeli flag. This time, the Israeli Olympic Committee decided that two men would do it together - a man and a woman: Yaakov Tomarkin and Hannah Knyazeva Minenko. The swimmer and triple jumper who will compete here in Tokyo in the coming days, were especially excited yesterday. Although there will be no crowd in the stadium tonight, hundreds of millions will watch on screens around the world and in Israel in the spectacular ceremony prepared by the Japanese. "When my mom heard I was carrying the flag at the Tokyo 2020 opening ceremony, she was moved to tears," Tomarkin said yesterday. "We immigrated to Israel when I was two years old. For me, Israel is everything. I have no memories of anywhere else. But for my mother, it was a huge thing for her son to carry the Israeli flag at this moment."

Are there any special preparations for the ceremony?

"I've been working on the gym on my shoulder for two weeks now to hold the flag. The fact that I'll do it together with Hannah will make it easier for both of us and it's also an honor that is divided between the two, so that's a great thing."

How do you feel about this Olympics compared to others and do you feel different because of the corona?

Knyazeva Minenko burst into tears: "Excited to wave the Israeli flag at the opening ceremony"

The 29-year-old Tomarkin, who made his record when he reached the final in London in 2012, failed to recreate his good ability in Rio 2016. Like most swimmers Israel sent to Rio, he also experienced a bad Olympics, even though he peaked at the age of 24. Tokyo has already come much further Israeli swimmers and there seems to be a talent that spills like water from the young swimmers who star in this team. Tomarkin, like Andy Moraz in the women, are the veteran swimmers who symbolize for the youngsters a role model and example.

"We are very curious to see what our swimmers will do in Tokyo," a source at the Olympic Committee said this morning.

"We have an exceptional quality of young swimmers who are constantly improving their own records. Anastasia Gurbanko is of course one of the leaders, but men also have a tremendous amount of outstanding swimmers and we will see their ability to reach the final."

Since London 2012 and Tomarkin's achievement, there has not been an Israeli swimmer who has reached the final and ranked among the eight fastest or fastest in the world during the Olympics.

In the Olympic Committee we have marked as a general goal for the various athletes here ten finals and very much hope that after the complex project of swimming combined with coach Dave Marsh, there will be results in Tokyo.

Osaka lit the Olympic torch: "I have no words to describe it" - Walla! Tokyo 2020 Olympics 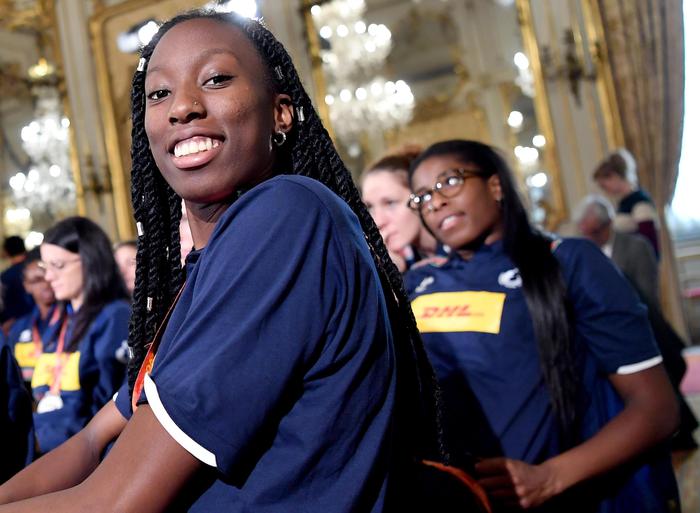 Preliminary singing in the quarterfinals, promised at least a house of consolation - Walla! Tokyo 2020 Olympics

"We saw her eyes light up": Anastasia Gurbanko's parents in an interview - Walla! Tokyo 2020 Olympics