On November 12, 1947, a military force arrived in an orchard in Raanana where Lehi operatives were training. When the boys fled, the soldiers opened fire on them, killing 5 of them. Of the place "

74 years later: a monument in memory of the five underground boys murdered by the British

On November 12, 1947, a military force arrived in an orchard in Raanana where Lehi operatives were training. When the boys fled, the soldiers opened fire on them, killing 5 of them. Of the place "

Today it is hard to imagine that in the south of Raanana, which until 40 years ago was not a city at all, there is a large orchard. Only a street called "Common Orchard" still mentions this. At the end of the street, there is a square called "Children of Raanana", a place that treasures a severe tragedy that took place inside the same orchard. Now, a group of volunteers seeks to commemorate the memory of five boys who were shot to death on the spot by British soldiers while engaged in the training of the Lehi underground (Israeli Freedom Fighters), 74 years ago, by erecting a monument in memory of the boys in the square.

On November 12, 1947, around 9:00, large forces of British police and soldiers began to flow toward Raanana. It was evident that the preparations of the British security forces were for a serious operation; The newspaper "Haboker" mentioned a number of soldiers and policemen who surrounded an area of ​​a thousand dunams of orchards, and "Al Hamishmar" noted that "there was a lot of army movement and a holiday atmosphere over the colony." "Davar" wrote that it was a "strong company" that included "tanks and wireless cars". Eyewitnesses described a large group of about a hundred soldiers, led by detectives equipped with maps that "acted as if they had reached a clear goal in the first place."

The force marched "across a temporary sand road," as the "Morning" newspaper described it, toward "Ezra Farm," also known as "Area 160."

In the isolated house, which the residents of the city knew was empty of tenants, the Lehi underground carried out training. It was an area that suited this task - surrounded by orchards, isolated and one in which human movement was extremely sparse.

"What could she do in front of rows of scenes?", Yehudit Cohen-Maguri (Photo: Official website, Walla!)

Yair Stern, chairman of the Lehi Heritage Memorial Association, and the son of Avraham "Yair" Stern, founder and commander of the organization, said that "in this house, weapons training was given to boys who volunteered for Lehi." And the guide himself was 19-18 years old. "It was mainly about dismantling and assembling weapons and not shooting, for fear of being discovered." However, the activity in the house in the heart of the orchards was exposed. A boy standing at an observation post shouted at his friends that the English were approaching and they left the house and began to flee.

According to the testimonies, the British soldiers and police opened fire to hit the fugitives.

Yehudit Cohen, a 15-year-old "Ora" resident, died of her wounds a day later.

The murder of the five provoked a wave of anger in the Jewish community, even on the part of those who opposed Lehi. "Why do guns, pistols and submachine guns fire so easily?"

"The government announced that the boys and girls opened fire on the military and police and they returned fire. The descriptions that came to the press do not confirm this announcement, but the boys and girls were surprised and started fleeing - indeed with weapons in hand - and government forces shot at the fugitives, dead and wounded." , And the writer asked: "And the question arises what is this haste to the fragility of boys and girls fleeing, even when they have weapons in their hands? What is this haste in depriving children of life, almost 14 and 16 years old?".

The difficult event took place at the height of turbulent days in the country, when the decisive moment when the plan for the division of the Land of Israel was presented was about to arrive. In the United States she dealt with a working group issue, and every day came various reports that created a mixture of anxiety and expectations. Thus, on the day after the massacre in Raanana, news was also published about the debates surrounding future border markings. That morning, the newspapers reported disagreements in the discussions, which revolved around the Gilboa, Tzrifin, Dead Sea, Lod and Nahal Iron areas.

Regarding localities in the Upper Galilee, the picture was not clear, and one of the newspapers quoted Moshe Shertok, who clarified that in any case the city would remain in the hands of the Jewish state: "The separation of Safed is unthinkable."

"Four holy cities are for the Jews - Jerusalem and Hebron, which are also sacred to Muslims, and Safed and Tiberias - which are sacred to Jews only. The Jews can not at all imagine the removal of Safed from the Jewish state," Shertok wrote.

"What is the hastiness of fragility to fleeing boys and girls?", Leah Ginzler

The British policy, which did not respond to requests to stop the White Paper policy that prevented Jews from entering the Land of Israel and restricted the purchase of land, also added to the tense atmosphere that prevailed in those days. The underground targeted the British and hit soldiers and police. For example, on the day of the massacre in Raanana, he was shot dead by a British sergeant sitting in a cafe in Haifa, and four of his friends who were with him were injured. A day later, four British civilians were shot dead as they were leaving a cinema in Haifa. The four were the representatives of the oil companies "of" and "vacuum cleaners" in the Land of Israel.

The poet Natan Alterman gave expression to the massacre of the boys in the weekly column "The Seventh Column", which was published every Friday in the newspaper "Davar".

"When Alterman was writing something, his words would resonate," Stern clarifies.

"This column aroused particular interest also because Alterman was identified with the other side, with the current that opposed Lehi." He called the song "The Third Girl," after learning of Cohen-Maguri's death.

Murdered by the British at the age of 16, Shalom Makharovsky (Photo: Official website, Walla!)

According to Stern, "Youth service was nothing out of the ordinary. These were mostly 15-13 year olds who were involved in the struggle. As the establishment of the state drew nearer, their numbers grew. ""Sometimes the families did not know about their sons' activities," Stern claimed.

In memory of those boys and girls, as mentioned, a square was established about ten years ago.

The Lehi Heritage Memorial Association has decided that a monument should be erected on the site. Now, the association is raising money for the erection of the monument and is asking the public to help. And they will learn about the history of what happened at the place 74 years ago. " 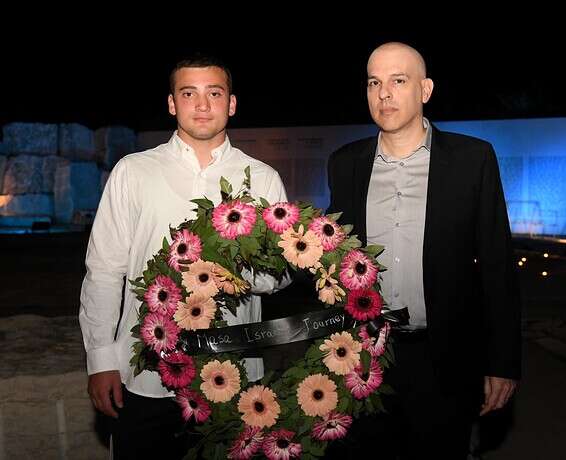 "Every day for me is Remembrance Day" Israel today

The memorial stones are being renewed, and the lost communities that became extinct in the Holocaust are being resurrected - Walla! news 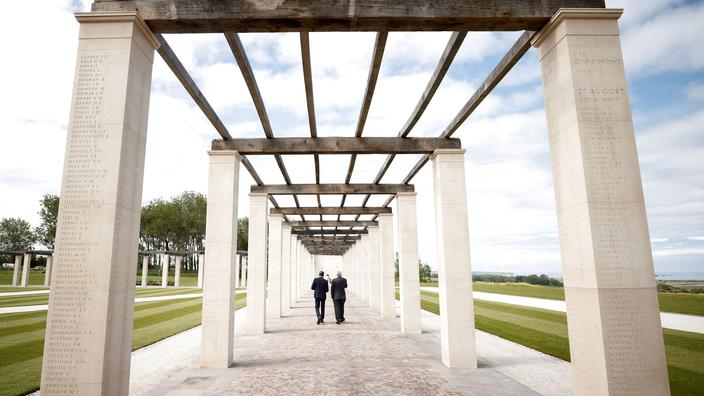 Normandy landings: a British memorial in tribute to 22,000 fighters 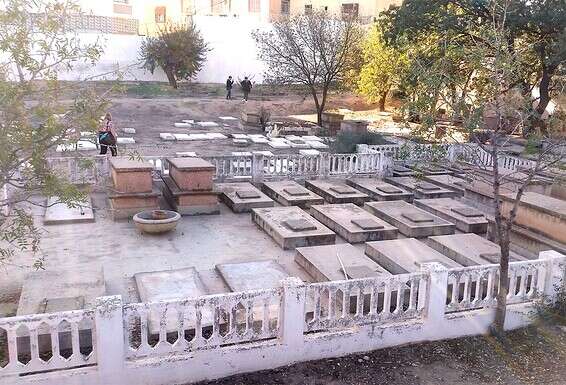