The day after her record card (61), the South Korean (-18) managed to widen the gap on her pursuers, Lydia Ko and Yealimi Noh. Among the French, if Céline Boutier has proven to be solid, the “moving day” has brought its share of disappointments. 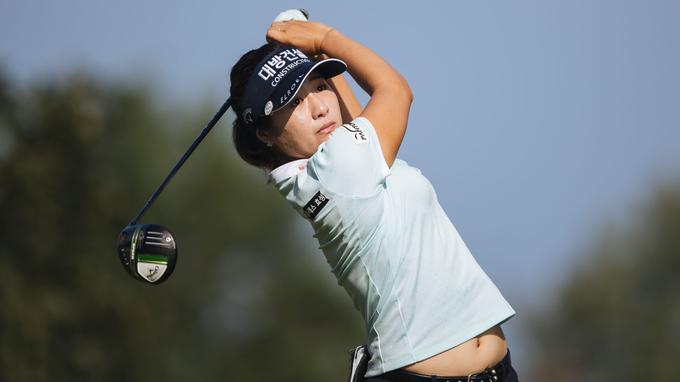 Eighteen strokes under the par in 54 holes, Jeongeun Lee6 hit hard again this Saturday during the 3rd round of the Evian Championship.

Leader at the start of the “moving day” after signing an impressive 61 in the Champions race yesterday (course record equaled), the South Korean (66-61-68) perfectly managed her feat of the day before, widening the gap (five shots) on his immediate pursuers.

And, while keeping a smile intact during a game which nevertheless reserved a few surprises for him.

Thus, from hole n ° 3 listed as the easiest par 4 on the course, Jeongeun Lee6 conceded an unexpected “made in Evian” bogey - with a lip that leaves the ball from the cup under the influence of the lake -, the first from 26 holes.

While we feared a disappointing tomorrow, the 26th player in the world restarted her game from the green of 5 thanks to a long downhill putt inquired for birdie.

Better, it erased all the doubts on its 2nd shot of 11, with a slightly long uphill ball which pitched in back spin and came to stick to the mast to fall to the bottom of the hole. Eagle! A magnificent "recovery" on hole n ° 17, lobed over the trees to save the bogey, confirmed the impression: it will be necessary to count this Sunday for the final victory with the one which has a "6" added to the Her last name is terminated because she is the 6th “Jeongeun Lee” in the history of the Korean professional tour.

Lowered to the rank of foil, the Thai Ariya Jutanugarn (73) and Pajaree Annanarukarn (72) gave in under the pressure of their opponent. Co-leader on the evening of the first round, the American Yealimi Noh (19) now has five strokes, just ahead of one of the stars of this Amundi Evian Championship, Lydia Ko. The New Zealander is 3rd on the leaderboard (- 10). She could even have counted a stroke less today if the former muse of Evian had not missed a very accessible putt for birdie on the green of 18. An opportunity that the Australian Minjee Lee (-11) n 'did not let slip, she who finished by four consecutive birdies to sign a 65 allowing her to appear in 4th place in the standings, tied with the Thai duo and the Japanese Ayaka Furue.

With a third 68 in three laps, the South Korean In Gee Chun (-9) seems too far to come back.

She had signed a total -21 over the four days of her victory at the Evian Championship in 2016, a record that still stands.

But maybe not for a very long time ...

Promises and disappointments among French women

Among the French, promises and disappointments have alternated. Céline Boutier (27th, -4) played three strokes under par (68). A day during which the French went off without conceding the slightest bogey.

," she slipped with a smile, at the end of the recording of the scores.

Tomorrow, I hope I will be able to go lower. I am quite satisfied with my game. "

There was a little misunderstanding among her compatriot Céline Herbin (74), for a total score which now stands at +1 and the 62nd place in the table:

" My score does not correspond not the way I hit the ball. The sensations were very good, but it was badly pinned down at the end of the course with +3 on the last four holes ”.

The 71 of the amateur Pauline Roussin-Bouchard (par in total) allows her to stay in 52nd position and the Varoise does not hide her pleasure, she who crossed the cut for the first time in Evian:

“It's a course really difficult.

But I am relaxed because the processes and the strategy are in place.

I just have to play (…) I love it and I just find it so cool to have so many people following me.

I see passion and admiration in the eyes of children.

I don't forget that I was that little girl who asks for a photo at the end of the course ... "

"Nothing was right today

," she confessed after returning her card.

I was happy to have passed the cut.

I ruined the 3rd round today.

Everything has accumulated too quickly in my head after my bad start.

I did not touch any fairway and I am very disappointed because I did not know how to find the resources to put my game in the right direction.

An honest, uncompromising analysis that led Lucie to fall in tears in her daddy's arms?

A cruel image at the foot of the leaderboard.

Full of the future, the young neo-professional (18 years old) will certainly learn cold lessons from this disappointment to continue her progress.

“The job has to come back”, commented Sandrine Mendiburu on Golf +, as the knowledgeable mistress of the place. 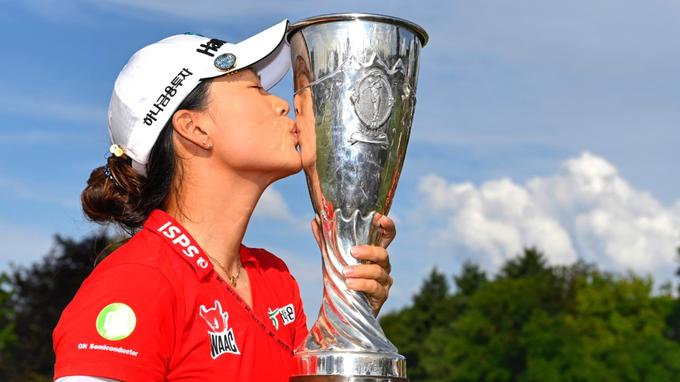 The Amundi Evian Championship: Minjee Lee wins her first Major in play off 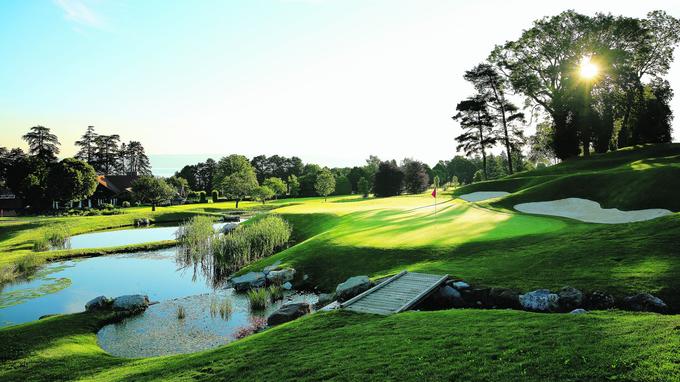 The Amundi Evian Championship: back to the top 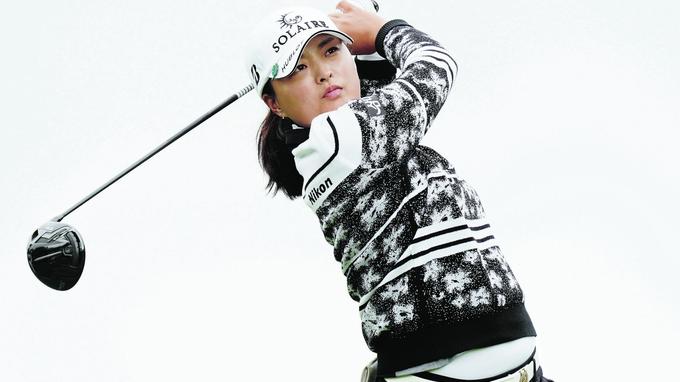 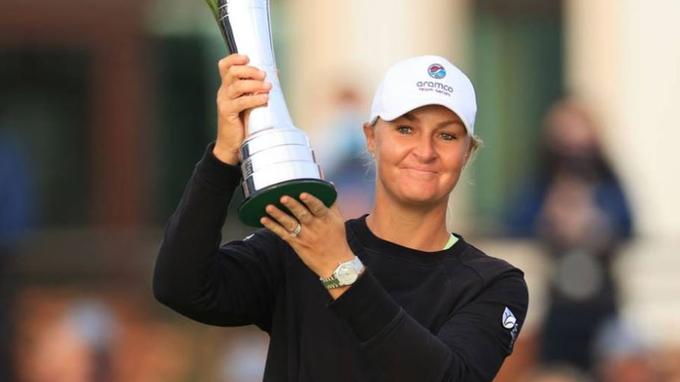 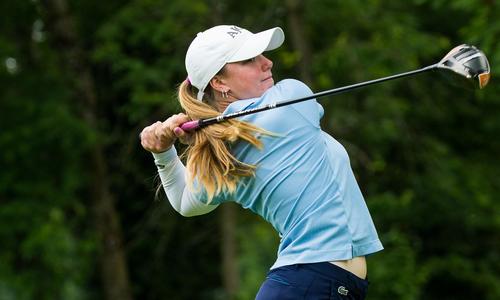 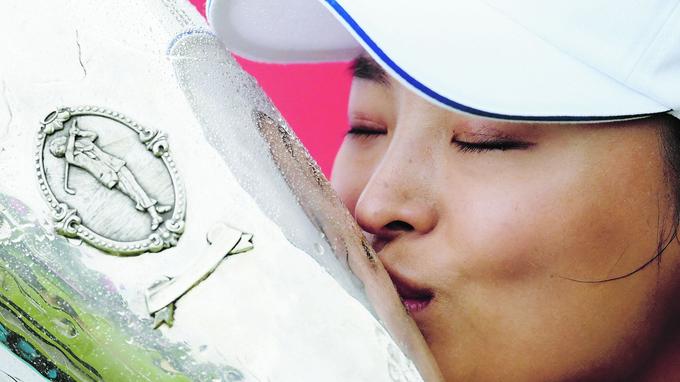 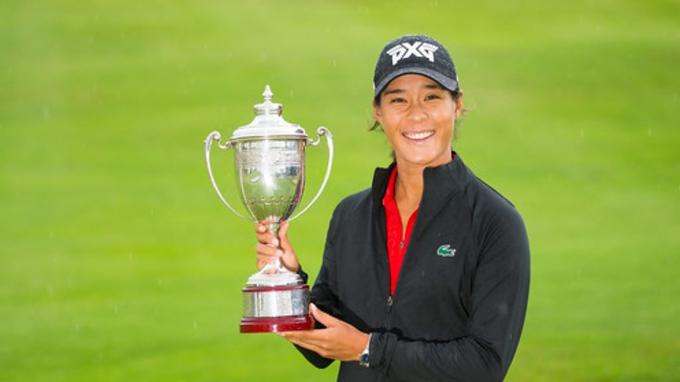