The new sanctions open the way to diplomatic confrontation and threaten to close the doors to the possibility of Washington helping to alleviate the country's critical economic situation. 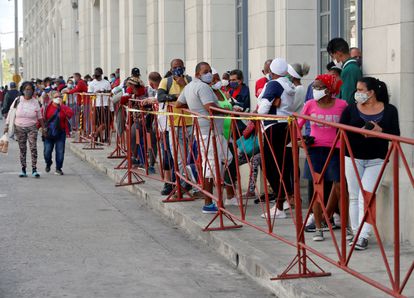 People with masks line up in February to buy food in a market in Havana.Ernesto Mastrascusa / (EPA) EFE

has burst into the open crisis after the protests of July 11 and 12 in Cuba, which is becoming more and more international. The new sanctions announced last Thursday by the Joe Biden Administration, which until now had said that Cuba was not a priority and was reviewing its policy towards the island, again open the way to diplomatic confrontation and threaten to close the doors. to the hope that some kind of relief can come from Washington to the critical economic situation that the country is going through.

It's not going to be like that, at least for now.

The US strategy complicates the solution of an explosive scenario, at times of great unrest among the population due to the hardships that are being experienced, with the economy in the red, the epidemic running rampant and the Government shrinking water, and when the very summary trials against hundreds of detainees in the protests, mostly young people.

The dynamics of pressure and sanctions from Washington tend to cause Havana to be castled, warn veteran observers. And perhaps that is why on Thursday even the most critical of the Miguel Díaz-Canel government saw as a bad omen the announcement by the Joe Biden Administration that it would sanction the Minister of Defense, Álvaro López Miera, and the National Special Brigade - a elite body of the Ministry of the Interior, popularly known as black berets - for the repression exercised by the security forces during the demonstrations that shook the island on July 11.

"Turn off and let's go," said, just after hearing the news, a retired professional whose son was arrested in the demonstrations in the Fraternity park and released the next day. It was a meeting of friends, and at that time they spoke with concern about the first sentences of the summary proceedings, of up to one year in prison for public disorder and contempt, emphasizing those gathered that even voices close to the officiality have demanded that all the peaceful protesters are released and only those who participated in violent acts go to trial.

When the group learned of Biden's statements, to the effect that "this is only the beginning" and that "the United States will continue to sanction the individuals responsible for the oppression of the Cuban people," there were several who reached out. head.

"With the United States there is no solution, compadre," lamented one of those who until that moment had shouted the most against the convictions of the protesters.

Immediately after, what had to happen, happened. The Foreign Minister, Bruno Rodríguez, called a press conference in which he again accused Washington of being behind the protests of July 11, of promoting manipulation through social networks to provoke the destabilization of the country and of exacerbate to impossible limits the economic embargo to aggravate the crisis and hardships on the island. Regarding the sanctions imposed on the Minister of the Armed Forces and the black berets, he stated that these were "politically motivated and intentional, and totally irrelevant from a practical point of view."

The United States, he said, does not have "the least authority, neither legal nor political nor moral, to go around sanctioning people around the world when it is known that they have a quite reprehensible behavior in terms of repression", and added that it does not have "any authority moral to ask for the release of people detained in Cuba: it is an act of interference and intervention in our internal affairs ”. The chancellor denied that most of the protesters were peaceful, and called on Washington to demonstrate that there were "disappeared" and minors under arrest, assuring that what happened was not "a social outbreak", but that they were violent disturbances, and that those who they will be prosecuted for that reason they will have "all the guarantees of Cuban law."

There is still no official number of detainees, nor has it been reported how many people will be brought to trial, an issue that is now at the center of discussions on social networks - the internet is back on track - where more and more people from the world of culture speaks out against the strong hand in the trials and calls for an investigation into the allegations of police abuse made by some of those arrested.

In this tense environment, with more and more critical voices making themselves heard, and in the midst of a deep crisis that cannot be seen to end and that is the basis of the unrest that led people to the protests, the

becomes in code. "If they had a minimum of intelligence they would remove the blockade now, what they are doing is strengthening the toughest positions within," said the father of the young man arrested on 11-J.

There is quite a consensus that the US, instead of adding more gasoline to the fire, would do well to provide water to put it out, especially when the crisis tends to become international. Havana once again accused Washington of having evidence of its pressure on various governments of the former Eastern Europe and also on Latin American countries to condemn Cuba, something that some have already done. Meanwhile, other nations such as Spain try to maintain equidistance and ask for solidarity and humanitarian aid in these times of pandemic, while condemning the police violence used to silence the protest and criticize the embargo.

Times published a letter from 400 intellectuals, politicians, artists, scientists and former heads of state calling for the White House to immediately lift the more than 240 sanctions adopted by Donald Trump during his term " that hinder Cuba's efforts to control the pandemic ”. Film figures such as Jane Fonda, Susan Sarandon, Danny Glover and Mark Ruffalo are signed, or former presidents such as Lula da Silva (Brazil) and Rafael Correa (Ecuador).

While summary trials and prison sentences arrive in avalanche, in Havana and in other localities the queues and shortages remain and the pandemic advances. Renowned Cuban economists have said actively and passively that the intensification of the embargo, the financial persecution and oil supplies and the effect of the Helms-Burton law to discourage investment have exacerbated the crisis. But they point out that it is the structural inefficiency of the productive system and the economic reforms that have been postponed so many times, as well as the lack of spaces for debate to discuss different visions, that have put the country on the ropes. There is consensus that the solutions are internal, and depend only on the will of the Government to introduce far-reaching reforms, not patches, to alleviate the situation.But that the role of the United States is also an important factor. 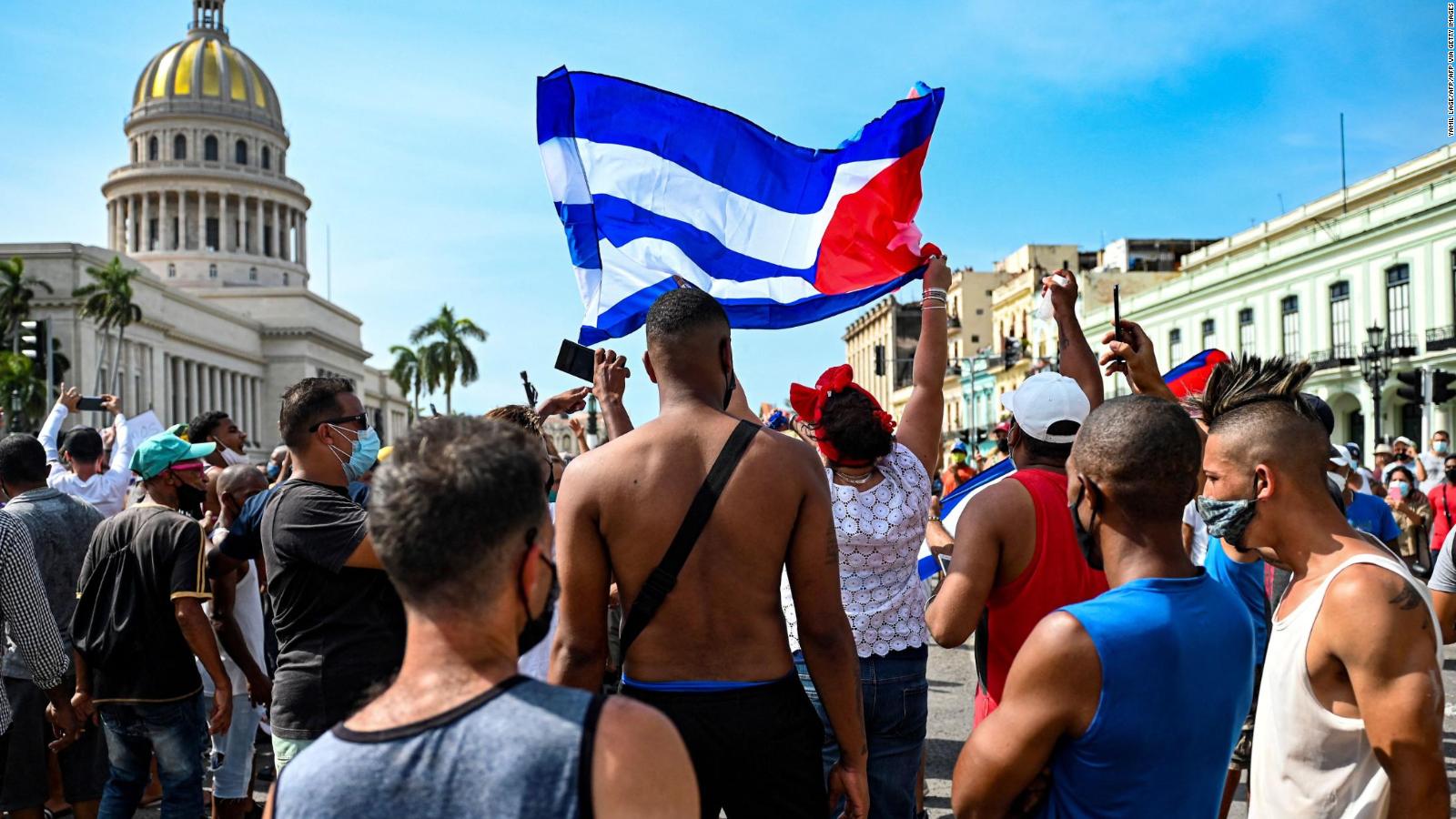 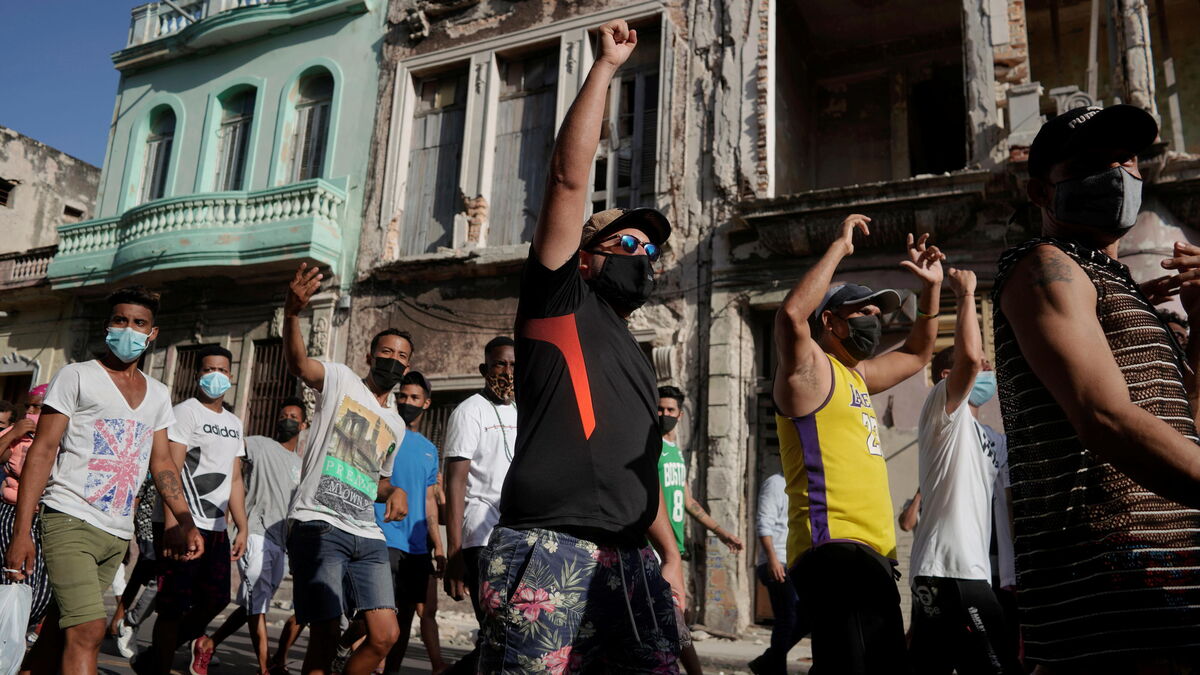 Demonstrations in Cuba: 5 minutes to understand an economic and political crisis 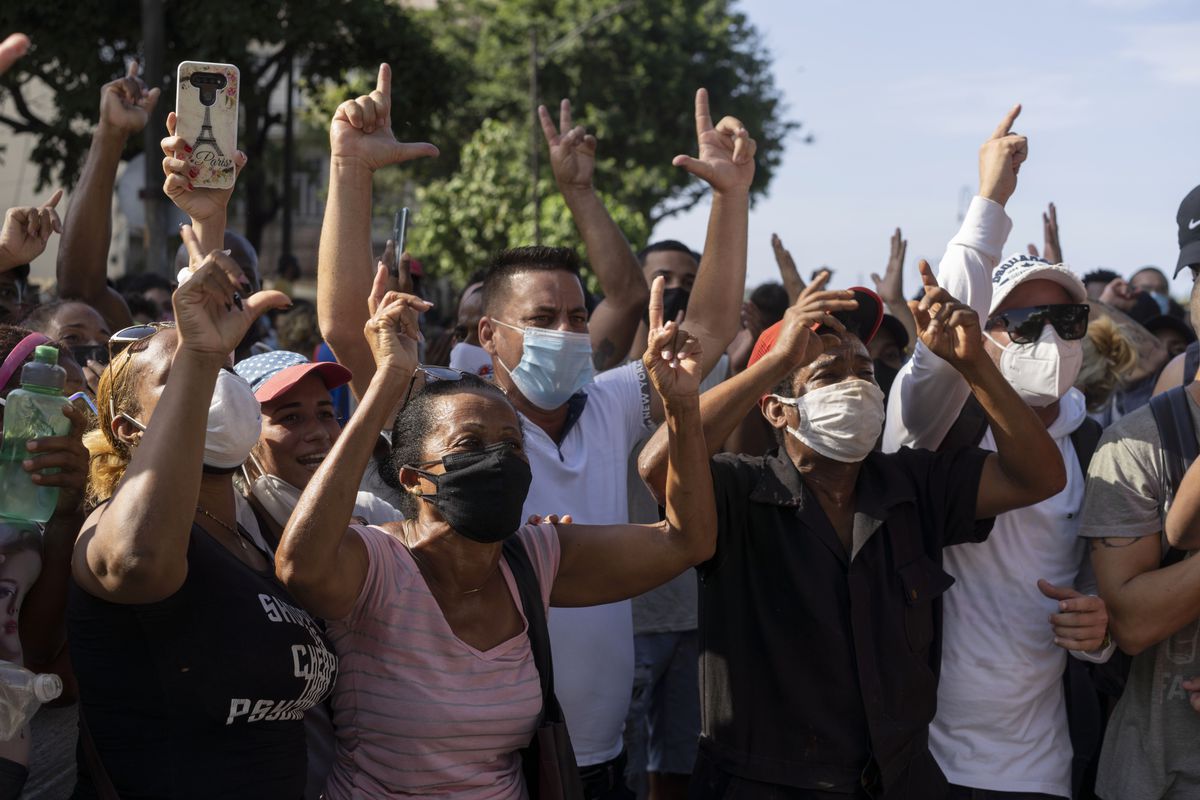 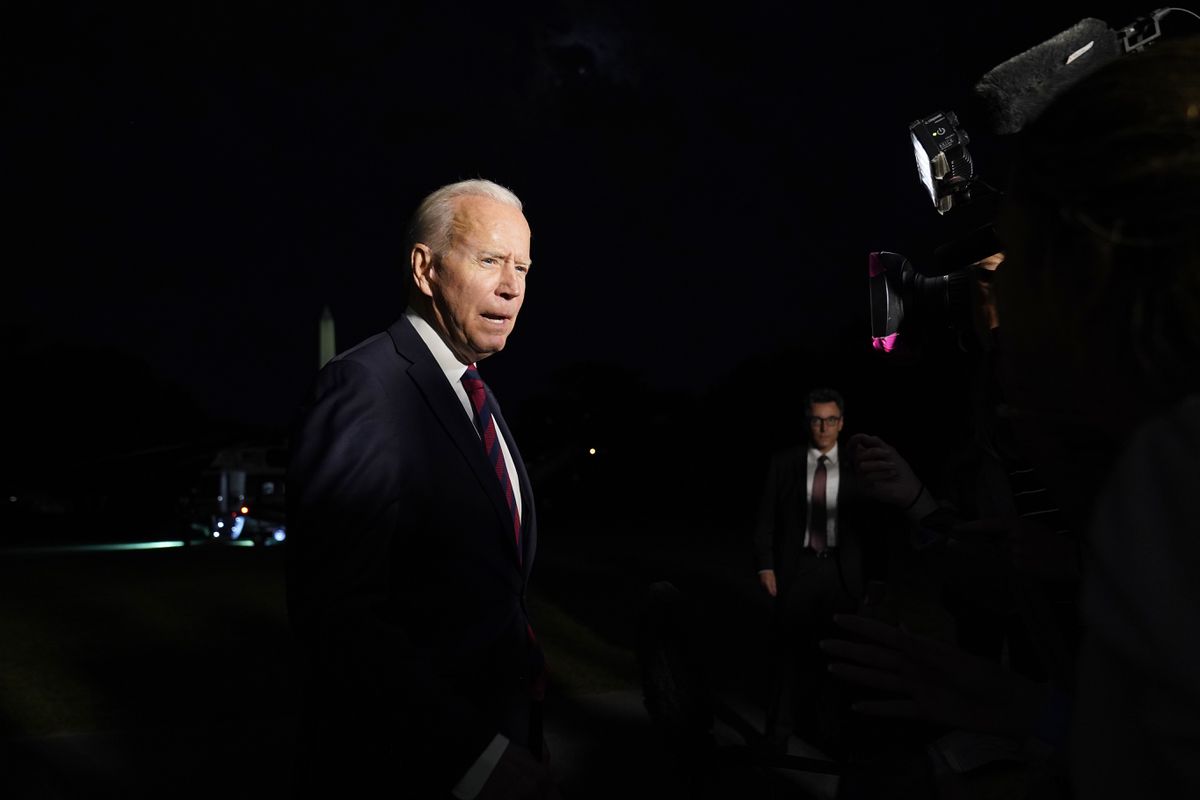 Biden finalizes sanctions against Cuba for the repression of protests 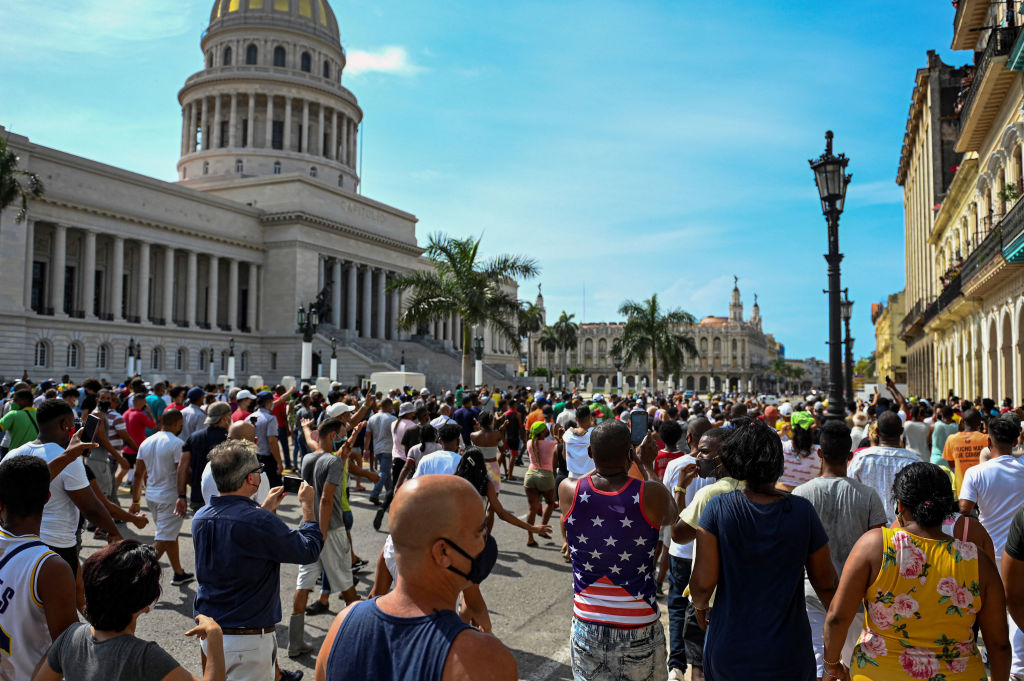 Spain calls for "immediate release" of journalist detained in Cuba 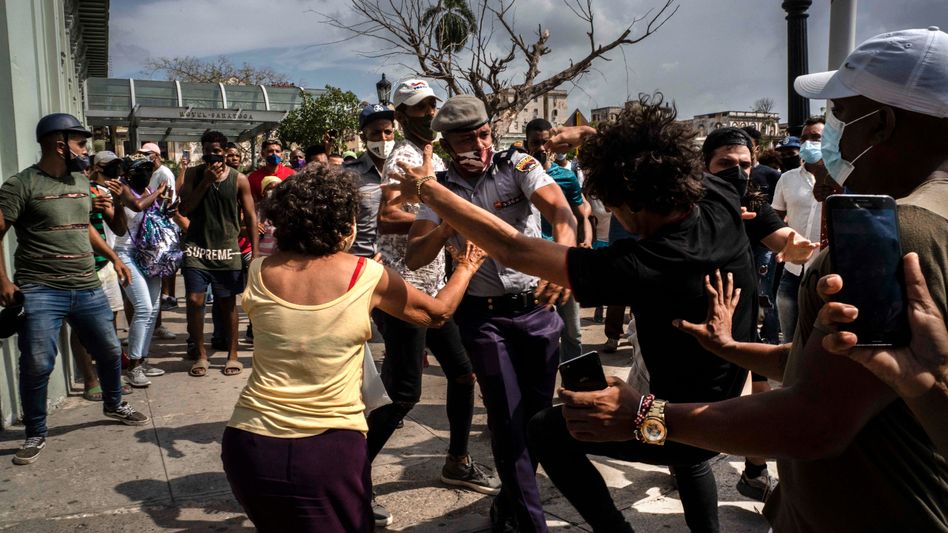 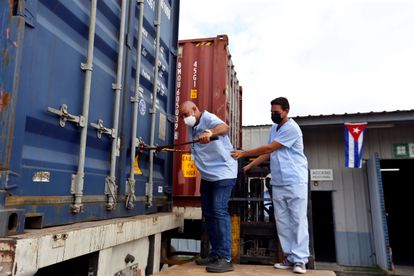