Three Argentines, chosen among the 100 most influential figures in the world bar industry

They are bartenders and lead gastronomic ventures. They were noted for their ability to reinvent themselves in the midst of the pandemic. 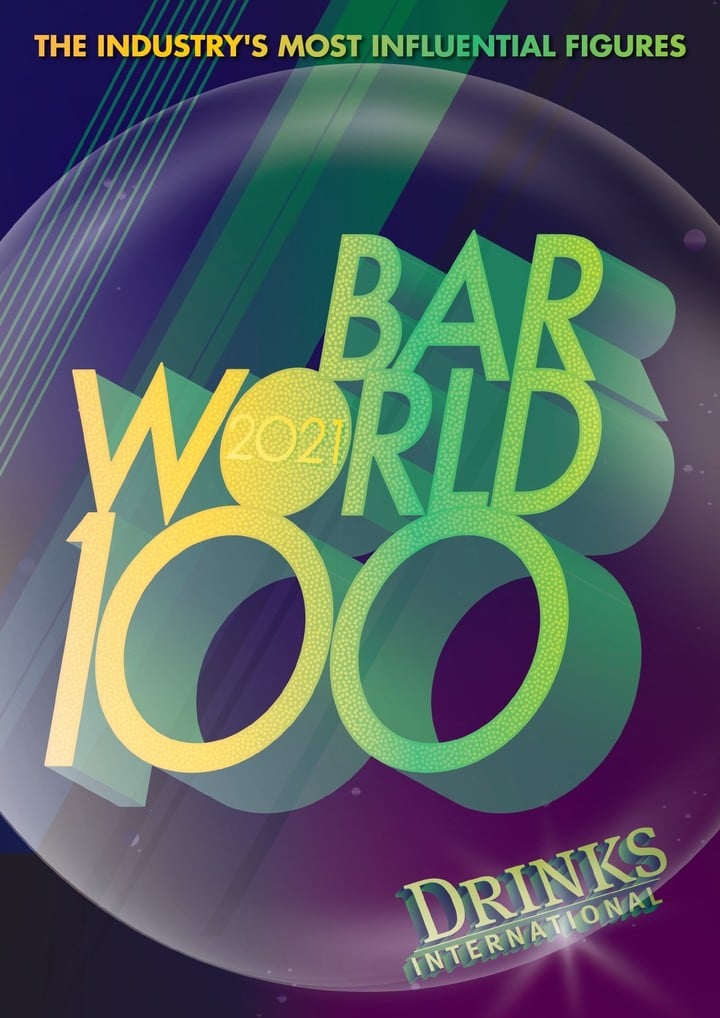 After a year of having partially or completely closed their doors,

, with the opening of tables in outdoor spaces, first, and the expansion of capacity, later.

However, as happened in so many other areas that

had to reinvent themselves

, even during the hardest phase of the quarantine,

or looking for alternatives to move forward.

For that effort, three of them now gain international recognition by being included in a list of

the 100 most influential figures in the world bar industry.

The cover of Drinks International magazine that chose the 100 most influential personalities in the bar industry.

were chosen to integrate the

together with prominent colleagues from 22 countries

The ranking, published by the renowned British magazine Drinks International, was drawn up based on the vote of 120 consultants and industry specialists in 60 cities in America, Europe, Asia and Africa.

Tato Giovannoni in front of his bar, Florería Atlántico.

Chosen best bartender in the world in 2020,

his name has resonated in international competitions since his

entered the ranking of the 50 Best Bars

, where It has remained for several years and reached the top 3 of the best in the world.

Tato occupies the position N ° 18 of the most influential

, and the editors of the magazine emphasize that "it

through multiple ventures, since in addition to Florería Atlántico (in the Retiro neighborhood), he owns other stores in Buenos Aires, Córdoba and Rosario, produces distillates and canned drinks.

As if all this were not enough, 2021 marks the beginning of his international expansion as a gastronomic entrepreneur with

the opening of his first bar in the United Kingdom.

This week Abajo London inaugurated, a project in partnership with chef Fernando Trocca that landed in London with good repercussions from the British press.

long career as a bartender

, author of cocktail books, speaker at TEDx talks and television personality (she was a judge of El Gran Bartender and participated in MasterChef Celebrity).

In the list of Drinks International, he entered the position N ° 93, where

, when he launched his online store of ready-to-drink drinks.

In April of this year, he also opened CôChinChina, a French-Vietnamese-inspired bar that joins Orilla, his other project with branches in Buenos Aires and Miami.

Sebastián García is one of the partners and creative director of Presidente, one of the best bars in Buenos Aires

and also in the world, according to the 50 Best of 2020 ranking, where he ranked 50th. This opportunity, the recognition is personal, since García debuted among the most influential in the industry, entering the position N ° 98.

Among the achievements mentioned by the British editors to select it, is the initiative of having launched a

and the integration of local products to the menu. In addition, García's activities as a

among young people stand out through his online workshops and presentations as an ambassador for Buenos Aires bars.

For García, joining the list of "influencers" with colleagues he admires in the context of the pandemic is a double recognition for the challenge involved in going through it.

"It gives us a bit of air and above all it

is a message for the boys who have just started, that it is possible to get there with effort

Good news so that, this time, those who usually prepare the drinks are the ones to toast.

How is CôChinChina, the new bar of Inés de los Santos in Palermo

9 “Instagrammable” Bars in Buenos Aires: The Most Wanted for Selfies 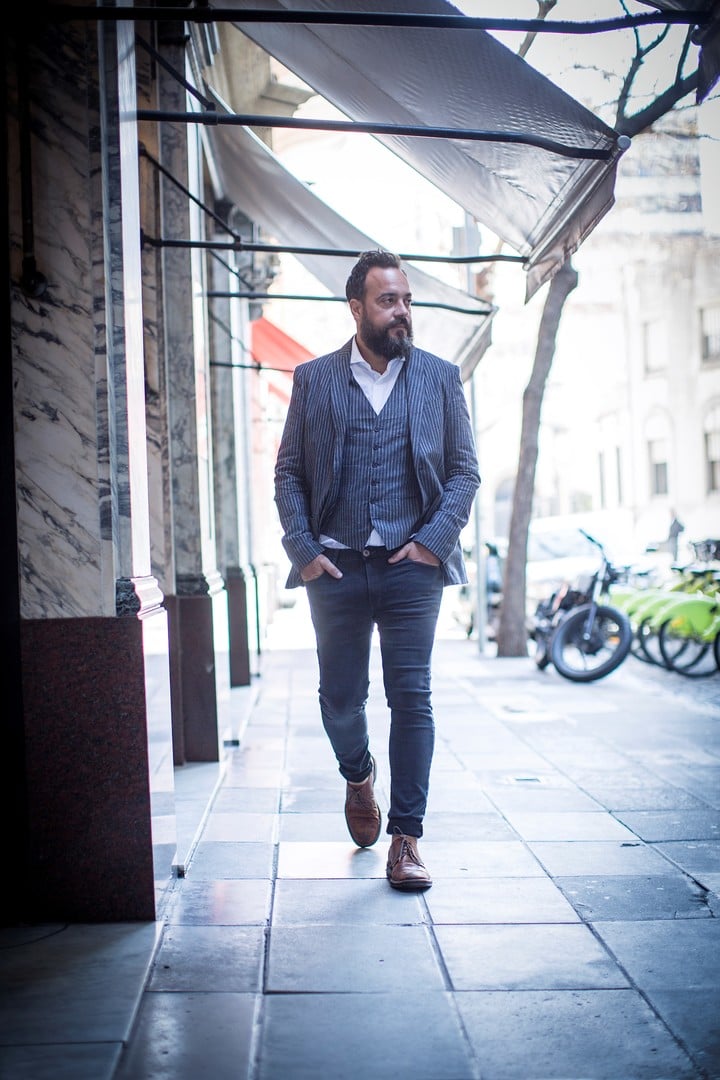 Three Argentines, chosen among the 100 most influential figures in the world bar industry 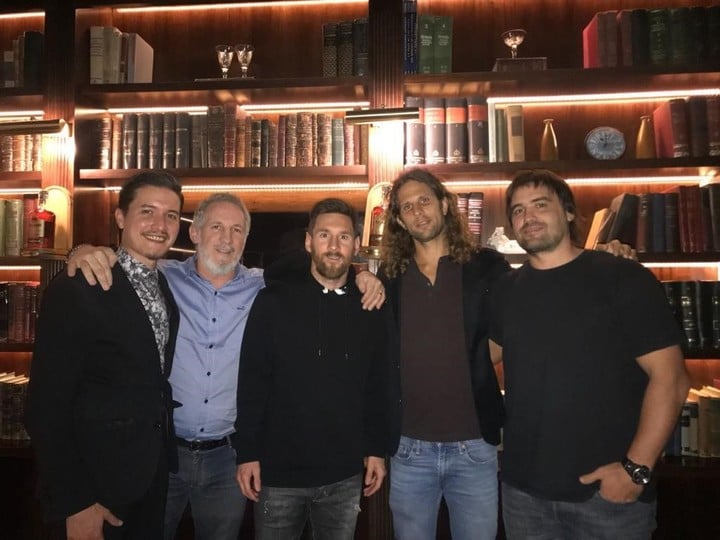 He left everything to open a bar, made it one of the best in the country and now exports the business 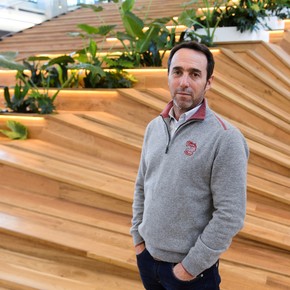 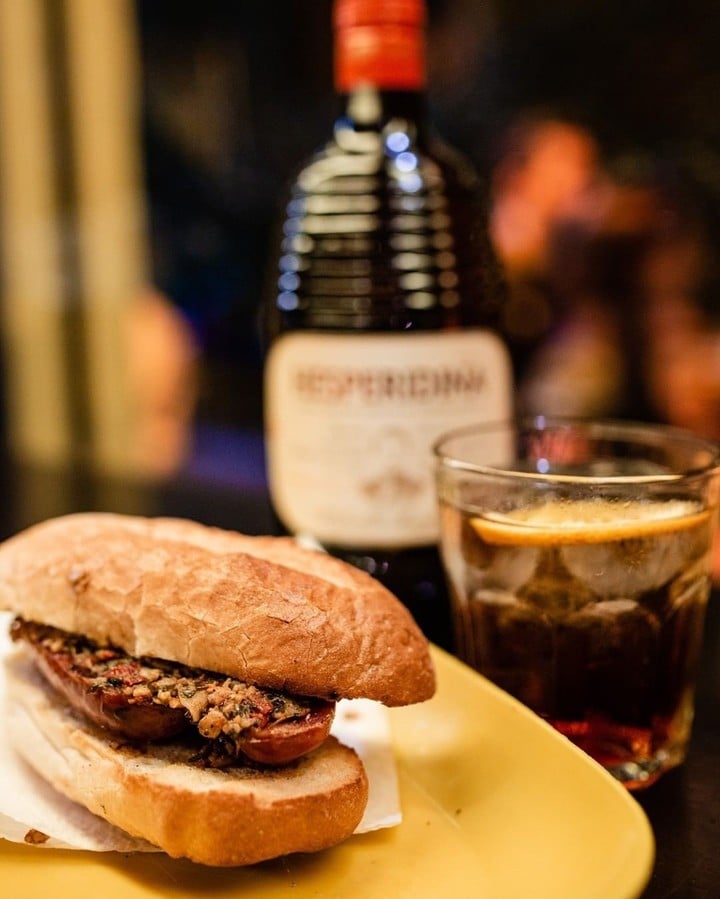 For its restaurants and bars, the Thames street in Buenos Aires was chosen among the 10 'coolest' in the world 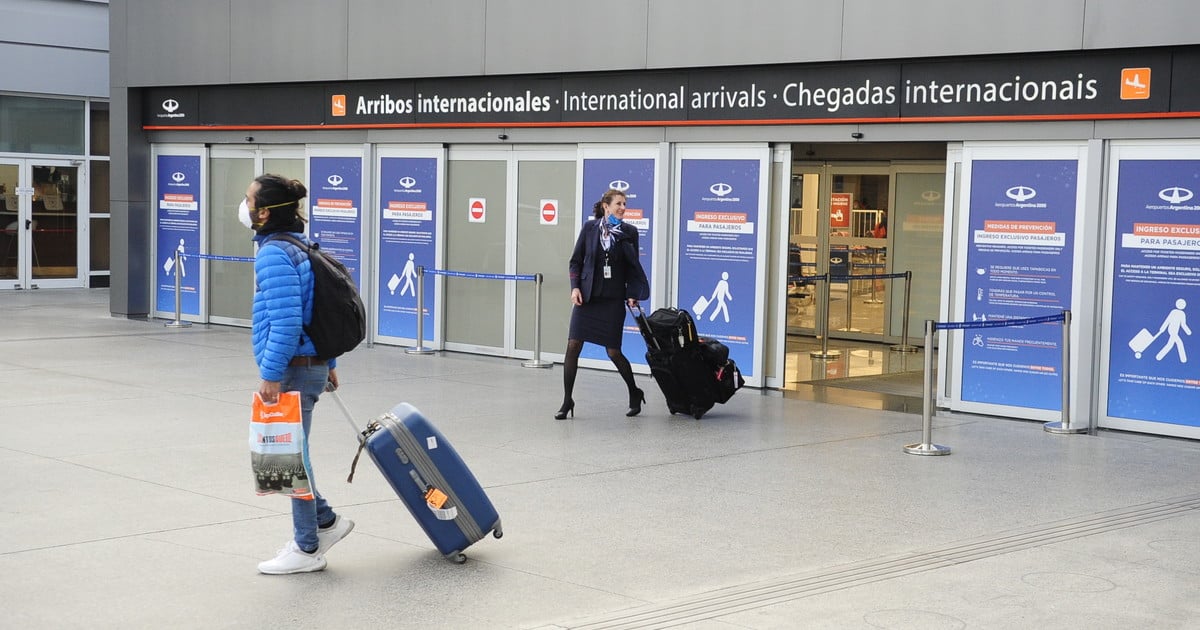 Flight stocks: how many Argentines are stranded abroad? 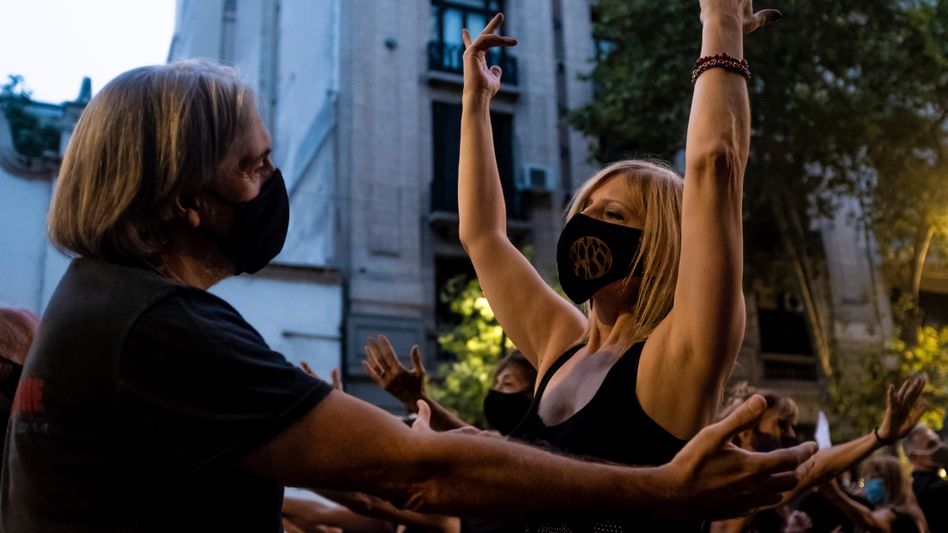 Corona in Argentina and the tango: the forbidden hug 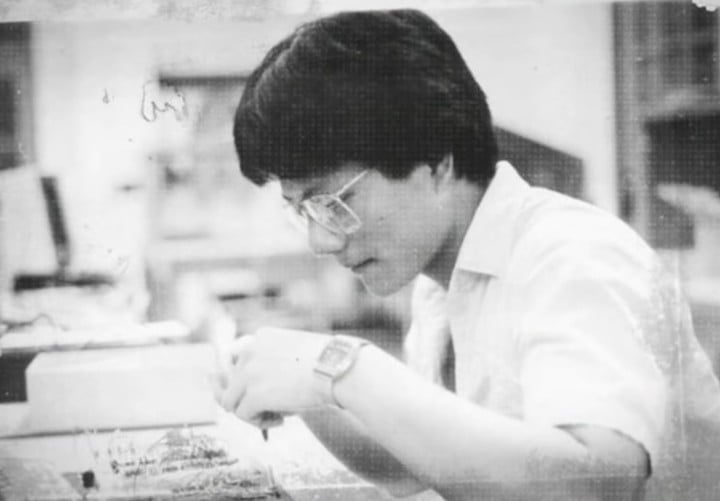 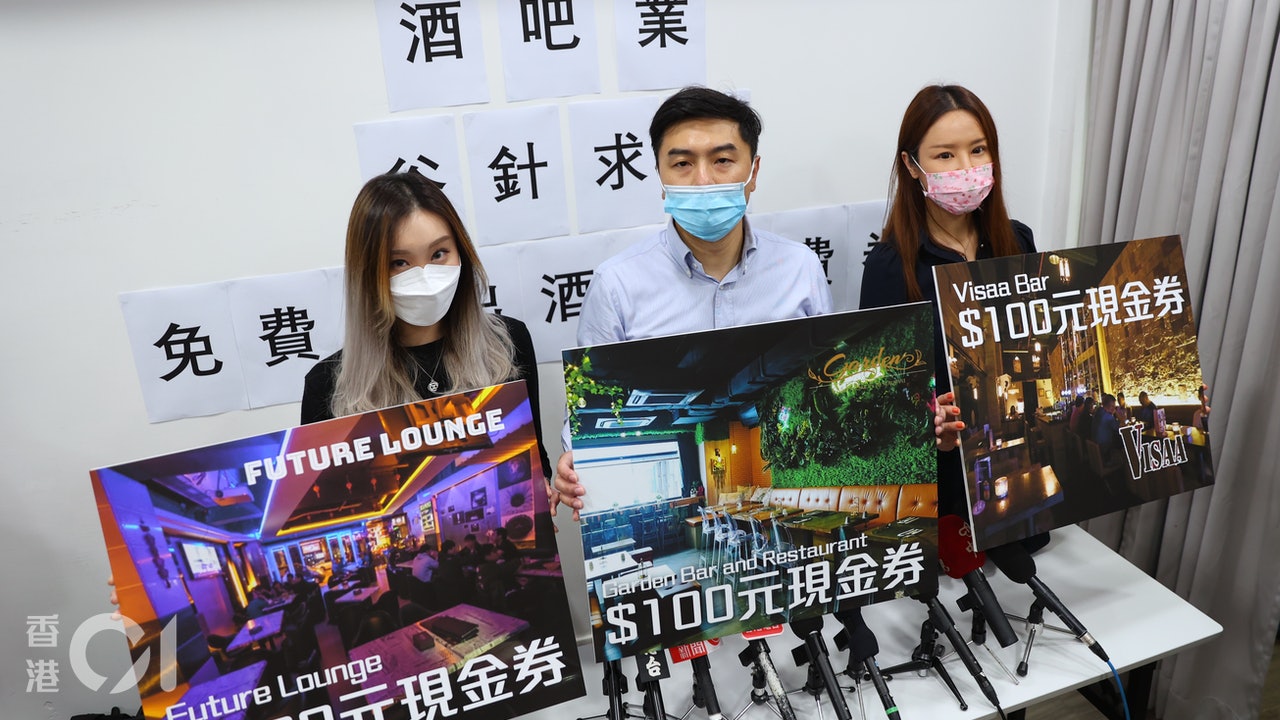 Vaccine Bubbles | People who drink alcohol need to get injections, only half of the employees in the bar industry have given injections and only 10% of the business