The hypotheses about the fault that ended in the collapse of the residential complex in Surfside where 97 people died.

A month ago, images of the collapse of

97 people died in the disaster - including 8 Argentines - and while the removal tasks continue, the

National Institute of Standards and Technology

(NIST, for its acronym in English) and other support entities are investigating the causes of the collapse.

that Miami-Dade County requires for buildings that exceed 40 years.

and that the repair cost was 15 million dollars at today's price, which is supposed to delay the decision to undertake the works.

As a result, there is a consensus among the professionals consulted that

was a decisive factor in the disaster.

The video of the neighbor, Mrs. Sarmiento, showing debris and water falling into the underground level of the parking lot, was analyzed by construction specialists.

The investigation was carried out by the National Institute of Standards and Technology. / Senator Jason Pizzo

One of them is

Those images, plus others captured from neighboring cameras, helped him to develop a hypothesis not about the causes - which will be determined by the specialists

- but about the scale of the tragedy.

My most important criticism is directed at the regulations

I understand that it is allowed to build slabs without beams but I think this is what caused that there are almost no survivors, ”he explains.

considers that there are three factors that could have influenced the first incident.

, whose saltpeter corrodes the steel bars.

the construction of the building next door

Several factors combined may have played a role in the collapse.

Absence of beams and very thin slabs (Manes estimates that they are no more than 15 cm), aggravated, in his opinion, the painting, which had its origin in the

collapse of the slab of the pool.

It dragged columns with it, which, as they moved, weakened the general structure. “I speak to students. And what I teach them is what a safe and traditional construction should look like. Then they will go out on the street and make their choices, but with

, where he has worked for 15 years, that “it is common to build buildings without beams”, and that they are still safe.

More specifically, it maintains that the

(this is steel bars tensioned inside the concrete) or the beams are incorporated into the slab, which does not exceed 20 cm, with a much greater thickness with which they are made in Argentina, it is between 6 and 8 cm.

The investigation will require several months to reach a conclusion.

This construction system without beams allows to save height and include more levels than in a traditional construction, which makes the project more profitable. It would be logical to think that this strategy was adopted at Champlain Towers.

González Montaner believes that it will take many months to find out the causes of the collapse, but that it is possible that there has been a combination of factors.

“I'm not sure the

are post-tensioned as they are now.

To this, there can be added

and even a miscalculation in the construction, although I think that if the latter had existed, it must have been less for two reasons: on the one hand,

the building would have fallen earlier;

and, on the other hand, its twin, the Champlain Towers North, was revised and is in perfect condition

The building was completed the same year as its twin, which was uneventful. (AP Photo / Rebecca Blackwell)

is littered with abnormal events. According to public access documentation, developer

and his partners commissioned the project for a residential complex from

, while the structure was handled by

. Both firms are inactive and Reiber passed away in 2014.

The businessman, of Polish - Canadian origin, had been convicted by the Canadian courts of

, where he decided to settle, tempted by the facilities that local authorities offered investors in the early 1980s.

First it was a problem in the city's sewage system, then a complaint from neighbors because it was believed that the levels to be built would exceed the allowed height and, finally, the fall of a crane that injured three masons, were some of the inconveniences that arose during its construction.

They project an administrative center and public park for Rawson 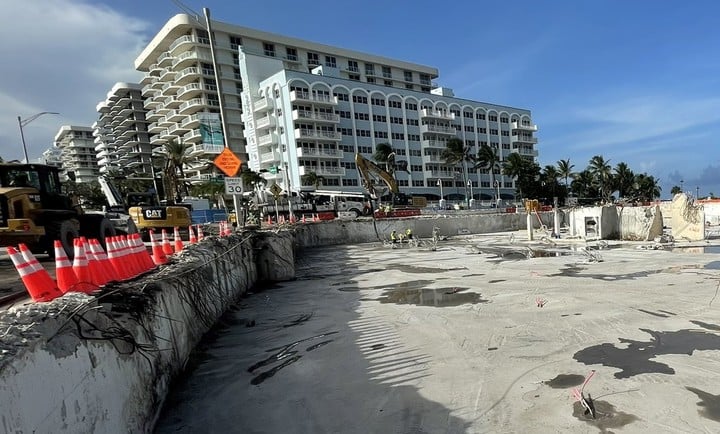 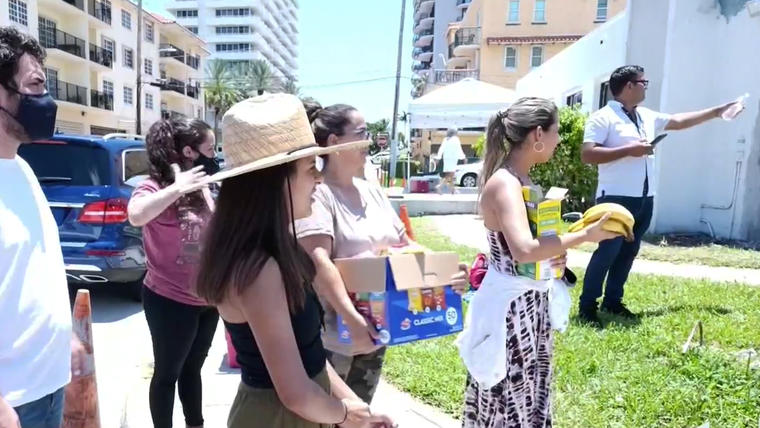 Oreo, the Mexican dog who helps search for survivors in the Surfside building 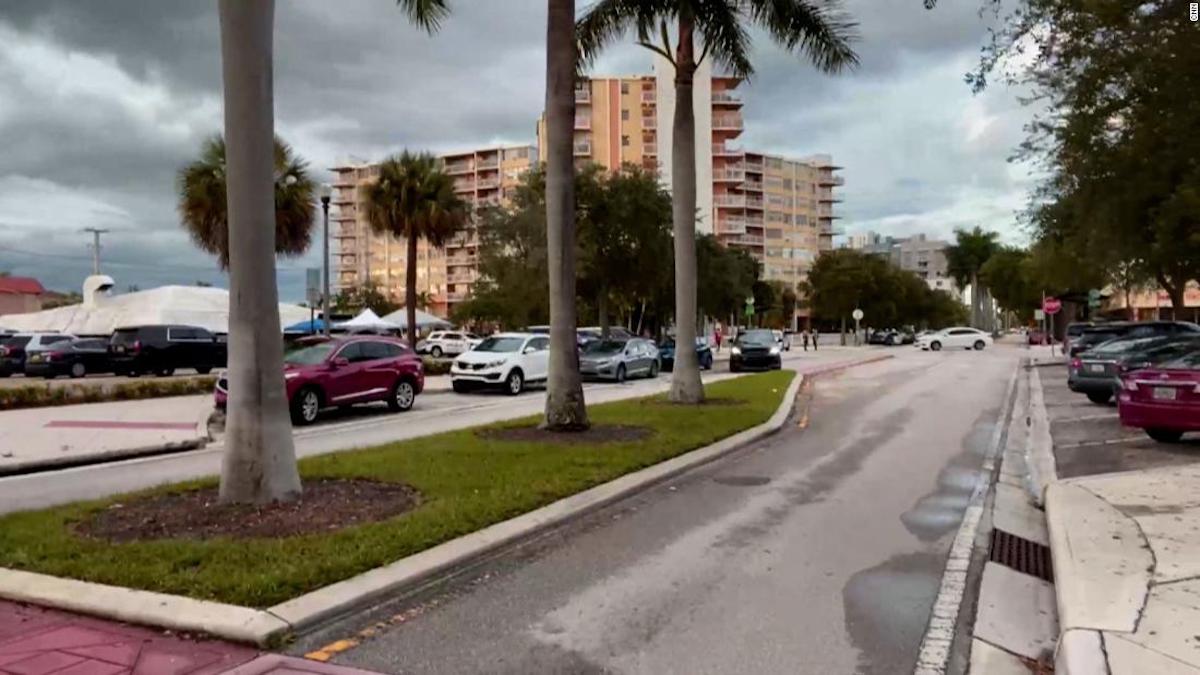 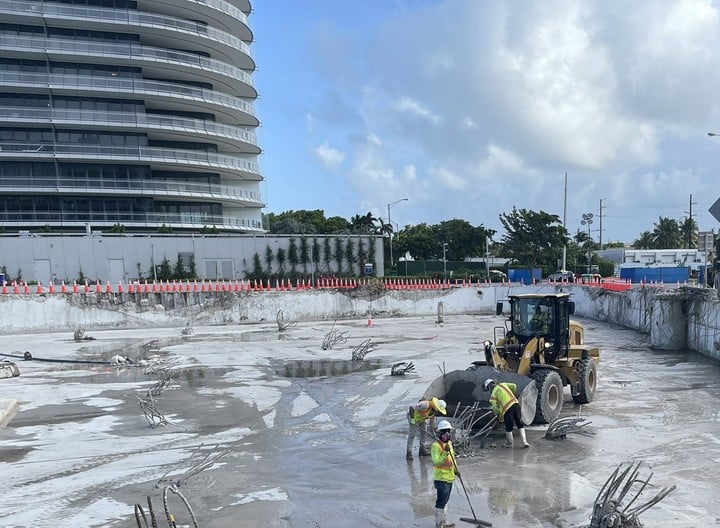 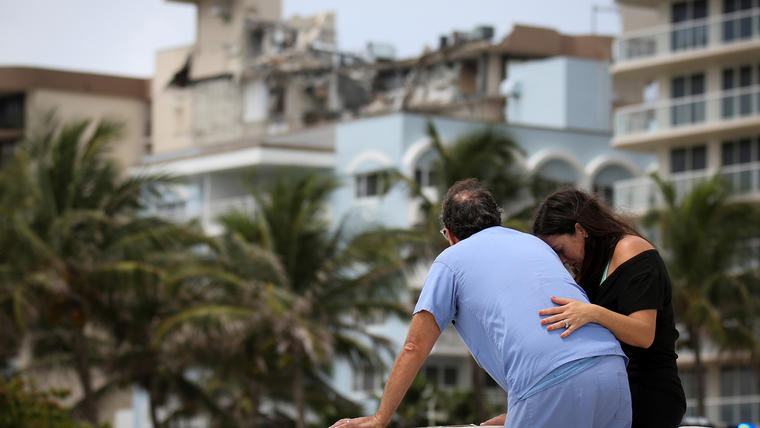 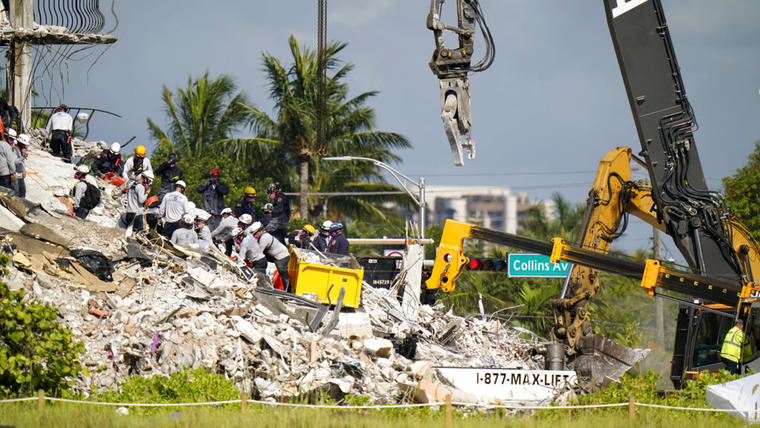 "Can Mine Also Fall?": Miami Fears for Its Buildings After Champlain Towers South Collapse 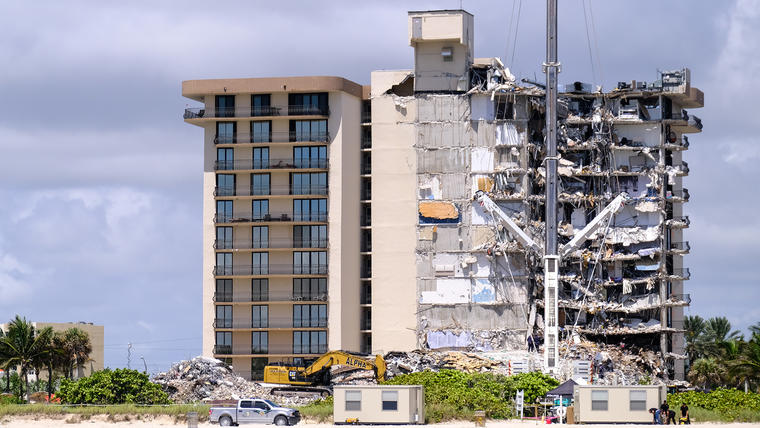 No, a Navy explosion did not cause the building in Surfside to collapse

Oreo, the Mexican dog looking for survivors in the Surfside building