Behind the closing of lists there was an attempt K to empty the presidential cabinet. Alberto resisted, but pays the price for poor management. 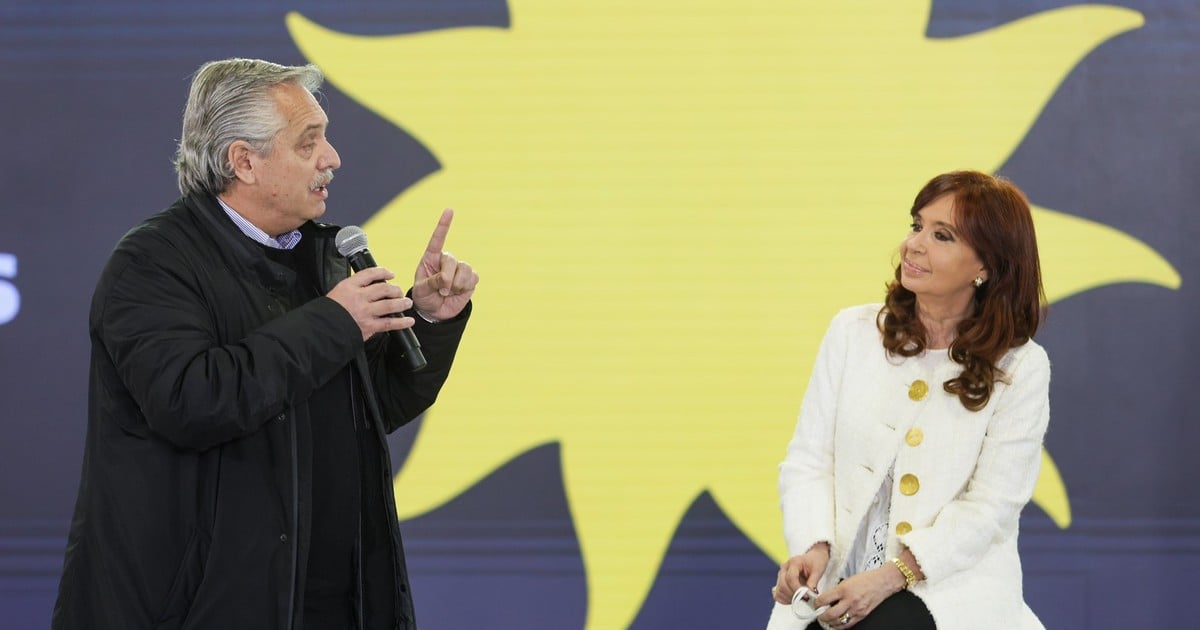 It did not help him to conquer any hill.

He avoided, at least, another Kirchnerist incursion into his cabinet.

In political terms, the discussion about the formation of the candidates' lists, especially in Buenos Aires, had taken that turn.

The names in dance

It will continue after the elections are over.

"Let them talk now," boasted the President in the last hours after achieving the objective. To place in the first place of the Buenosairean deputies to the Secretary of Social Policies, Victoria Tolosa Paz. The thing about the City, with Leandro Santoro, is symbolic. Peronist behavior in the second electoral district has been testimonial for decades.

Cristina Fernández also contributed to the circumstantial success of her delegate. Because he

decided not to carry the fight to the end

. He lowered that order to his son, Máximo, who works in tandem with Sergio Massa. Albertism, that is, the handful of friends of the President, wonders about the

true role of the head of the Chamber of Deputies

. He came to the Frente de Todos as a pluralist support for Alberto. What remains? The question could have been revealed at the lunch they both had alone in Olivos.

The vice president decided to decline the pressure when the evidence was in her hands. A poll revealed the voting intentions of potential applicants.

None would add anything

to the 25 points that the Frente de Todos brand shows in Buenos Aires. Neither Tolosa Paz, nor Daniel Gollán, nor Sergio Berni, just above the first two. The Minister of Security was ruled out because it would have been a

for Alberto. The President begs Cristina to make him resign.

The vice president finished designing her vision with another couple of calculations. Dismissing Alberto's claim would have meant weakening him more than he is. Inconvenient for the electoral campaign. The mediocrity of all the candidates, on the other hand, convinced her of something she knew and wants: it

, with the company of Axel Kicillof and other K bishops, who will carry the proselytizing in Buenos Aires on her back. That does not imply that, if it does not turn out to be expected, it will take over the verdict at the polls.

The Kirchnerist attack against the Cabinet had moments of intensity.

He headed for Santiago Cafiero.

One of the two men who, in the opinion of the President, is untouchable.

The other is a woman, Deputy Chief Cecilia Todesca.

Hard to decipher how much of that defense refers to political utility or the heart.

They have been working with Alberto for years.

Even in times of criticism and distancing from Kirchnerism.

In the middle of that management were Máximo and Massa.

The objective was to empty the Headquarters of the Cabinet to occupy it with a man related to Cristina.

For that reason they approached other proposals that, deep down, pursued the same goal.

The President analyzed one of them. So as not to be rude. If he accepted Cafiero to top the list in Buenos Aires, Gabriel Katopodis was suggested as a replacement. The Minister of Public Works, who knew how to be a Massista, is now a stalwart of Alberto. Who else fulfilled a presidential order: go out to defend the government's management. Unpleasant task.

Cristina had for that case

another movement of pieces

. Cover Public Works with the former mayor of Avellaneda, the ultra K Jorge Ferraresi. Now he is Minister of Territorial Development and Habitat. He replaced María Eugenia Bielsa. It would not have simply been a purse swap. The idea was to unify both. Turning him into an official with a

and impact on the social plane. The President was immediately haunted by the ghosts of Julio De Vido.

The President is aware that changes in his team will come after the elections. Your room for maneuver will depend on the outcome. A defeat would leave him at the mercy of the vice president. It could not be denied, as Cristina crushes, that there are officials who do not work. The pandemic left evidence. Carla Vizzotti, the Minister of Health. Heir to the Ginés González García VIP Vaccination scandal. With

inconsistent management of the vaccination plan

and advice to society to face the pandemic. The vice president wants Gollan in that position, even if he now becomes a candidate. The other is Nicolás Trotta, from Education. He clearly lost in his bid to Horacio Rodríguez Larreta, in the City. It comes and goes with your decisions. It has even been ignored by Kicillof.

None of these charges, however, is as delicate as that of Martín Guzmán. Its continuity depends on November. The Government has no guarantee that the progress it estimates in the vaccination campaign will compensate for the ongoing economic and social deterioration. One of the delicate aspects is inflation. The year-on-year rose to 50.2%. Just two points below that left by macrismo. With aggravating factor: 2020 was consumed by the quarantine of prices of frozen food and services. Another fact is also uncomfortable. Mauricio Macri left the government with a $ 62 dollar. With stocks and a variety of prices, the accessible US currency (blue) is worth $ 185.

Neither indicator serves to arouse optimism. Economic activity fell 2% again in May. It is still below 2019. According to data from the AFIP, 23,000 companies have closed as of April and 240,000 jobs have ceased. Exactly 20 multinationals emigrated from Argentina. The Federation of Hotel and Gastronomy Companies reported the closure of 12 thousand stores. A World Bank report indicated that during the pandemic our country was the one that registered the greatest deterioration in its middle class. 1,745,000 people ceased to belong.

The panorama shows the crossroads in which the Government finds itself. How to campaign with such social desolation? Will the

improvised retail of vaccines be

enough to calm the spirits of the population

? The opposition's questions are logical. They attract attention when they appear in the Kirchnerist mosaic. Guillermo Moreno, the former Secretary of Commerce, pontifies that Alberto has already failed. De Vido was more cruel than any leader of Together for Change. It predicts a "social implosion" worse than that of 2001.

Vizzotti can be held responsible for many things. But the strategy for the purchase of vaccines

. Cristina, Kicillof, Gollán and Nicolas Kreplak. The President was driven away. They took advantage of the initial defection of AstraZeneca (Oxford vaccine)

with Russia for Sputnik V and with China for Sinopharm and then CanSino.

It turned out to be a bet that

. The advance, as so many times, had been formulated by Cristina. On March 24, in Las Flores, for the Day of Remembrance, he alluded to the defense of "national interests" for the purchase of vaccines in Russia and China. It was put in white on black by the letter from the presidential adviser, Cecilia Nicolini, who complained to Moscow for the lack of second doses that has almost 7 million citizens out in the open.

That text, published by La Nación, would reveal several things. Nicolini's political incompetence, whose sin was not to recognize the critical health situation. He believed that he was pressuring Moscow by

unveiling a State decision: the signing of contracts with American laboratories

. It also showed the fraudulent spirit that flies over each Government objective. The importance, according to Nicolini, was not just that the second doses arrived.

It had to happen before July 9

, for the President who, in the end, could not be.

The results are revealing of the

when it tries to third in that board of the world. Moscow did not blink. He warned that the priority today is his society, reluctant to vaccines and hit by a regrowth. He would privilege the second dose of Sputnik V for Bolivia. That little thing has another record. Vizzotti and Nicolini traveled to Mexico in May to learn about AstraZeneca. They could have tried an approach with the US laboratories.

They preferred to visit Havana

where, in hypothesis, two vaccines are tested that cannot be manufactured. What is happening on the Caribbean island exempts from other considerations.

Those movements helped to understand the rest. The returns of the Government to acquire American vaccines. Only a DNU dictated by Alberto with a seven-month delay, which Kirchnerism criticized in the Senate,

. It was forced by donations from the Joe Biden government, which our country was at risk of not receiving. Also due to the sensitive complaint of parents with children under 18 years of age with comorbidities who request their immunization. The vaccine that serves this purpose is that of Pfizer. Here it did not come. 3.5 million doses of Moderna arrived, which was only enabled for those minors on Friday. It is a population at risk estimated at 900 thousand people. What will they do with the rest? About Johnson & Johnson nothing is known. A disorder that causes perplexity.

So much misfortune would explain the Kirchnerist determination to replace Macri at the center of the electoral campaign. With the bankruptcy of the Post Office or the dusty denunciation by Bolivia. But the former president would emulate Cristina from 2019. It seems distant and alien. 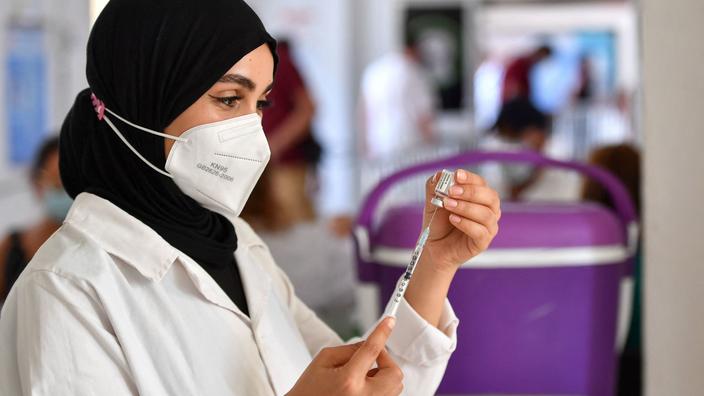 Tunisia: marathon vaccination day to try to respond to the crisis 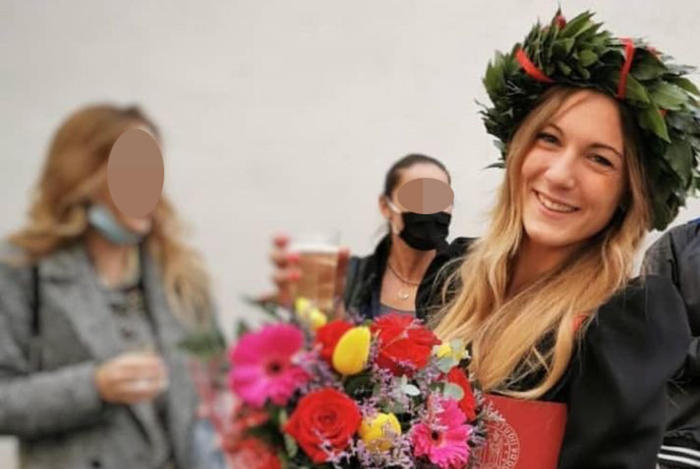 Chiara, many internal traumas, the cause of death not resolved 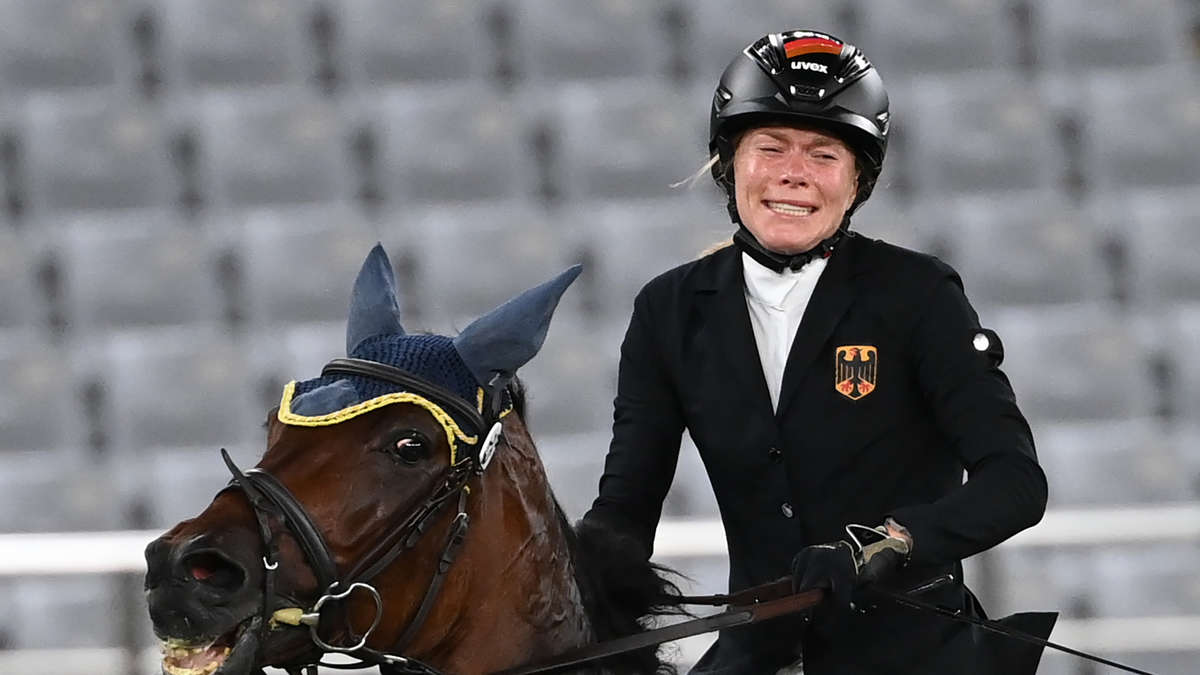 After the Olympic drama: Criminal charges against Annika Schleu 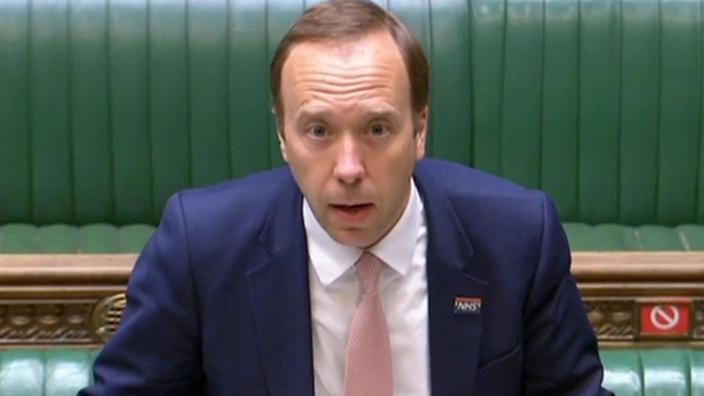 Covid-19: the British Minister of Health defends himself after the offensive of the former adviser of Boris Johnson