Germany is facing a difficult Corona autumn, the delta variant is spreading. Kretschmann thinks about the fact that vaccination could still come. Germany is facing a difficult Corona autumn, the delta variant is spreading.

Kretschmann thinks about the fact that vaccination could still come.

Stuttgart - Vaccination fatigue is growing in the German population, while the delta variant is spreading faster and faster.

This constellation worries the Prime Minister of Baden-Württemberg Winfried Kretschmann so much that he is considering compulsory vaccination.

“We are not planning any compulsory vaccination.

I cannot rule out compulsory vaccination for all time, ”said the Green politician of the

“It is possible that there will be variants that make this necessary.” It could well be “that at some point we will only allow certain areas and activities to be restricted to vaccinated people”.

Kretschmann cited measles as an example: "There is also a compulsory vaccination for daycare centers because measles is highly contagious." Without corona vaccinations, the pandemic will not be able to be brought to its knees.

With this, Kretschmann succeeds the Saxon Prime Minister Michael Kretschmer (CDU), who in March no longer completely ruled out mandatory vaccination.

But there is a strong voice against it.

Kretschmann on Corona vaccination campaign: "Vaccination is a civic duty"

Kretschmann has been warning of a fourth wave for a long time and is rather pessimistic about autumn and winter. In his opinion, the virus could come back just as dangerously as it did last autumn, when the number of infections suddenly rose dramatically. “We continue to drive on sight. The virus mutations have thwarted our plans twice, ”he said. "If there are variants against which the vaccine is no longer as effective - we are immediately in a different situation." There is no all-clear.

Kretschmann therefore appealed to people to get vaccinated.

“In essence, one can say: Vaccination is a civic duty.

There is a lot at stake.

Every responsible person should just do that. ”The side effects of Covid are much worse than those of vaccines could be.

People would have to radically put aside their concerns about vaccination.

The state government in the southwest has already announced further easing for fully vaccinated people in the course of September.

Since every citizen can have comprehensive vaccination protection by September 15, 2021, the requirements for fully vaccinated people will then be further weakened.

In the future, politicians will nonetheless rely on other criteria in addition to the incidence value in the fight against the pandemic.

"The vaccination has changed the situation," said Kretschmann.

The particularly vulnerable groups such as the elderly and the previously ill are largely vaccinated, and the rate of people who have to go to hospital has decreased.

“There is also the option of including other criteria - such as hospitalization, the vaccination rate, the R-factor.

Then you come to a kind of formula, so to speak, ”he said.

The health ministers are tasked with developing a proposal.

“The downside is: It's harder to understand, because until now everyone knew that the incidence is the decisive factor.

Everyone could understand that.

Now it's getting more complicated. "

The second option from the point of view of the head of government: “Of course, like Jens Spahn, you can think about setting the incidence as a value for measures generally higher than before.

Without further classifying key figures on the situation, however, I am skeptical. ”Kretschmann also pointed out that a high incidence is always bad.

"The faster the virus circulates, the more often it will mutate," he said. 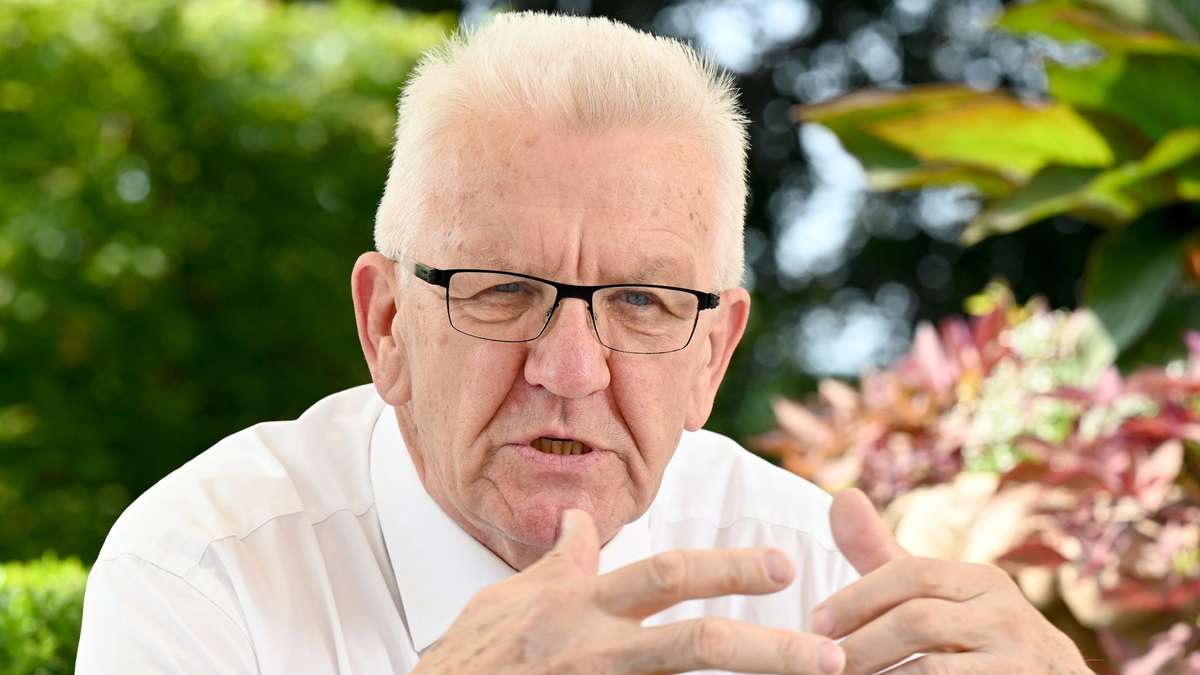 Corona is nesting in daycare centers: In between, 24 groups are already dense - also because staff were infected