The last 11 electoral polls: how the fight starts in Nation, Province and City

They closed the lists and Clarín analyzes the bid in the three main scenarios. I vote for space and internal. 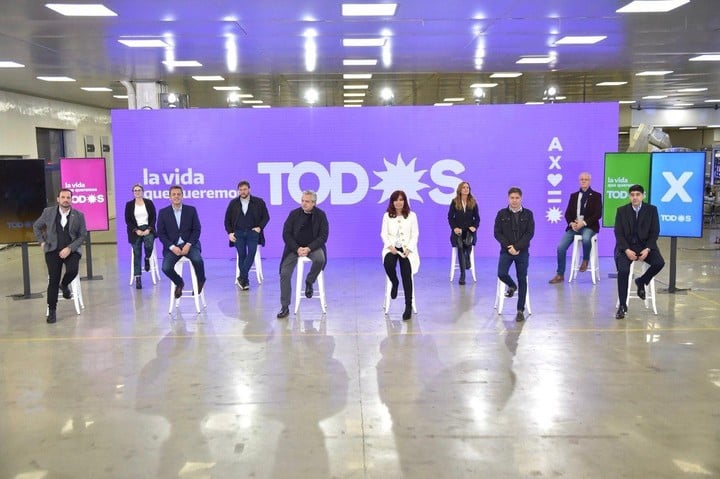 and the campaign for

officially launched, the questions fall one after the other: how do the main forces start for this new electoral fight? How many votes will the rift between the

? How will the opposition inmates impact the two Buenos Aires? Can

be "the" surprise? To try to begin to clarify these questions, or at least add data for the debate,

of voting intention in the three key scenarios:

Beyond politicians and specialists suggesting that the mid-term legislative elections are actually 24 simultaneous provincial elections and not a single national one,

there will undoubtedly be a reading in this sense

, especially due to the volume that the crack had in 2019.

And even if this last parameter (

, is not the most precise to compare, because it was a presidential one, it will be

a point of reference

- close to 90 points -, basically and logically because there are still many undecided.

and there was already a dispersion of figures, with a (slight) advantage for the ruling party.

Candidates of the Frente de Todos in Escobar, along with Alberto Fernández and Cristina Kirchner.

Out of five surveys at the country level, in two the ruling party prevailed, in two there was a technical tie and in one it was Together for Change at the top.

, and in some way the phenomenon repeats itself:

in two points the FdT and in one JxC

In all three cases, the gaps are small, just above the margin of error.

, a firm that makes daily update measurements and has clients in the country and abroad, gives

four points in favor to the ruling party: 31 to 27

Voting intention at the country level

Based on three national surveys.

, a consulting firm that works more for the business world but also measures electoral scenarios, reported

29 to 24 for the Fernández alliance

, one of the best known analysts, due to his presence in the media, is the

only one who predicted a favorable national scenario for Juntos por el Cambio: 33.8% to 27.9%

, with more than 20 undecided.

Will they hit you this time?

: none of them hit the wide-ranging triumph of the FdT in the PASO, nor did the Macrista comeback for the general.

is (politically and statistically) the mother of all battles.

nearly 40% of the entire

and it is the

district that renews the most seats of deputies: 35 out of 127

It is also the place where pollsters are showing the most diverse numbers.

antecedents for Kirchnerism are complex

A narrow victory could even be celebrated by the opposition.

One from Giacobbe, another from

the Psychology Observatory (OPSA) of the UBA

and a third from

, a firm with origins in Córdoba that conducts surveys throughout the country.

The three, in addition to the general numbers by space, somehow measured the PASS of JxC between

(UCR), perhaps the most compelling internal of all.

At a general level,

measures a fourth scenario, where he puts Santilli and Manes competing in the PASO against the rest of the forces, and there

Voting intention in the Province of Buenos Aires

Based on three Buenos Aires surveys.

Of the rest of the forces,

in all the proposals randazzo's non-K Peronism is third

and the left below, around 3 points.

a very striking fact is repeated: starting, with more than 20% undecided, they give

But when both project undecided, the ruling party grows and there is an almost equal forecast: 38.4% to 37.5% according to Giacobbe and 41% to 40% according to OPSA, always with JxC at the top.

again the macrista / Peronist was better off than the radical

In the report two months before the PASO,

: six gave the FdT up, two to JxC and one tied.

If the three new ones are added, the great majority puts the ruling party ahead.

City: (wide) advantage for Together for Change

Although CABA became the fourth district with the most voters in the country just a few years ago (below the provinces of Buenos Aires, Córdoba and Santa Fe), it is still

the second to renew the most deputies

the one that attracts the most attention

behind the Buenos Aires battle.

Perhaps because of that combination of factors, in recent days

: here there would be a clear winner, which would be, as for more than a decade, the PRO / Let's Change / Together for Change.

María Eugenia Vidal, this weekend when she signed her candidacy.

It is a favorite for the PASO.

The Buenos Aires studies accessed by this newspaper were the aforementioned

Giacobbe, OPSA and Real Time Data, plus GyC and CEOP

, the latter well known for being one of the consulting

that works for the national government.

: he comes from getting between 17 and 20 points from the Frente de Todos in 2019 (for the presidential and head of Government);

and renews 10 of the 13 deputies, because for this election, Cambiemos and Martín Lousteau's radicals are going together, who were separated in 2017. To retain that ten places, the force led by Horacio Rodríguez Larreta would need to approach 60%, today unthinkable.

Voting intention in the City of Buenos Aires

Based on five polls from Buenos Aires.

Except for the CEOP survey, which predicts a gap of less than 5 points when asking for space.

At the other extreme, when

At a lower level, the one who measures very well in CABA is the liberal

The last 11 electoral polls: how the fight starts in Nation, Province and City 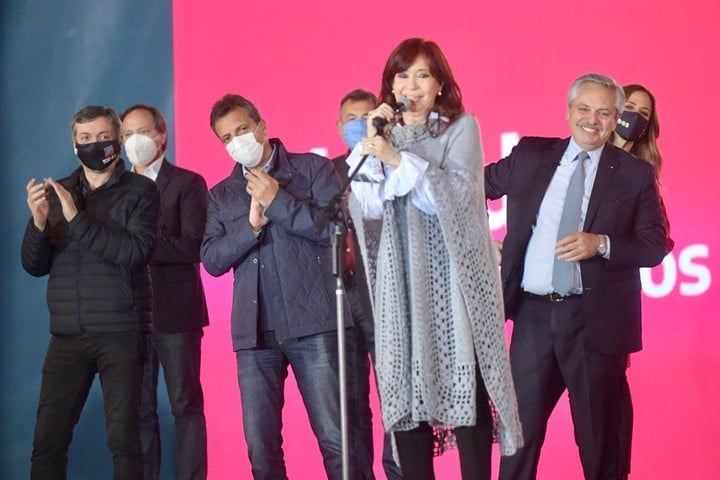 How the Government expects in the election this Sunday: caution and attitude measured in the bunker of the Frente de Todos

Elections 2021: the latest polls show open results at the country and province level 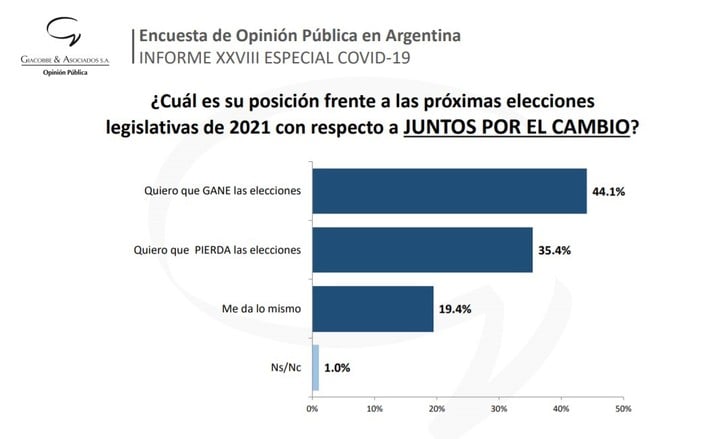 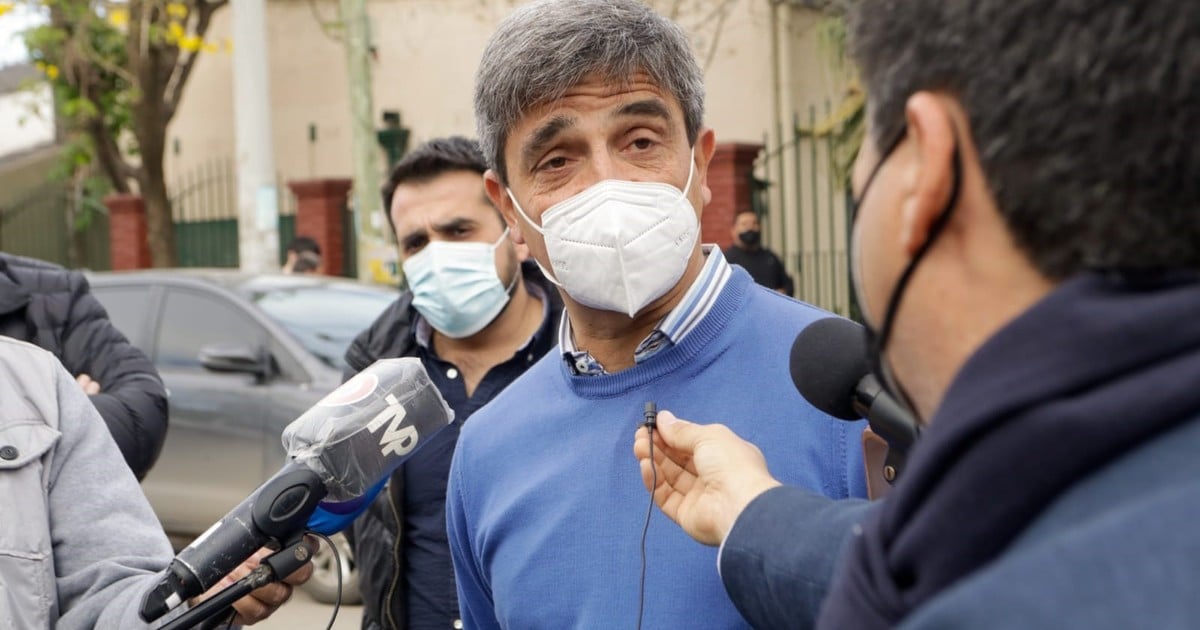 Elections STEP 2021: in Tucumán the Front of All is imposed 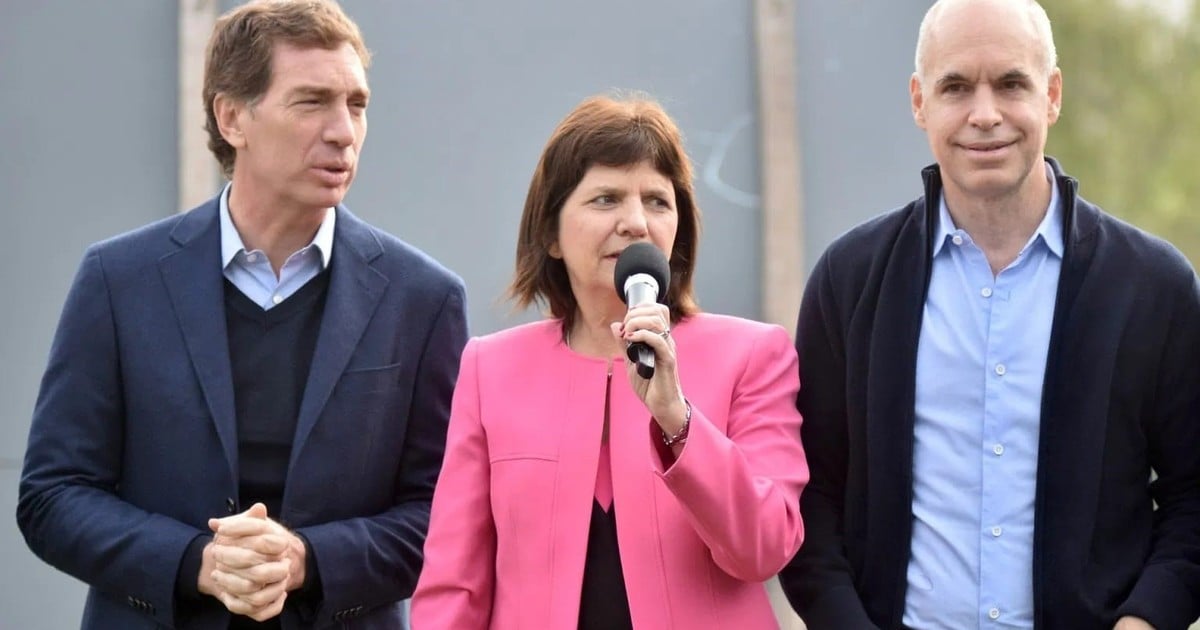 Elections 2021: Diego Santilli adds Patricia Bullrich to the campaign and will focus on insecurity in the Province