The Peru that awaits Pedro Castillo

The new president will have to manage problems that the country has been putting off for a long time One afternoon in late May, in a neighborhood of ramshackle houses and dusty streets in northern Lima, a voice was heard through loudspeakers: "On the coast, mountains and jungle, Castillo Presidente." Neighbors and stray dogs, dazzled by the music, gathered in a large esplanade. Suddenly, a man dressed as a farmer appeared, with a palm hat and outstretched arms. His presence electrified those pres 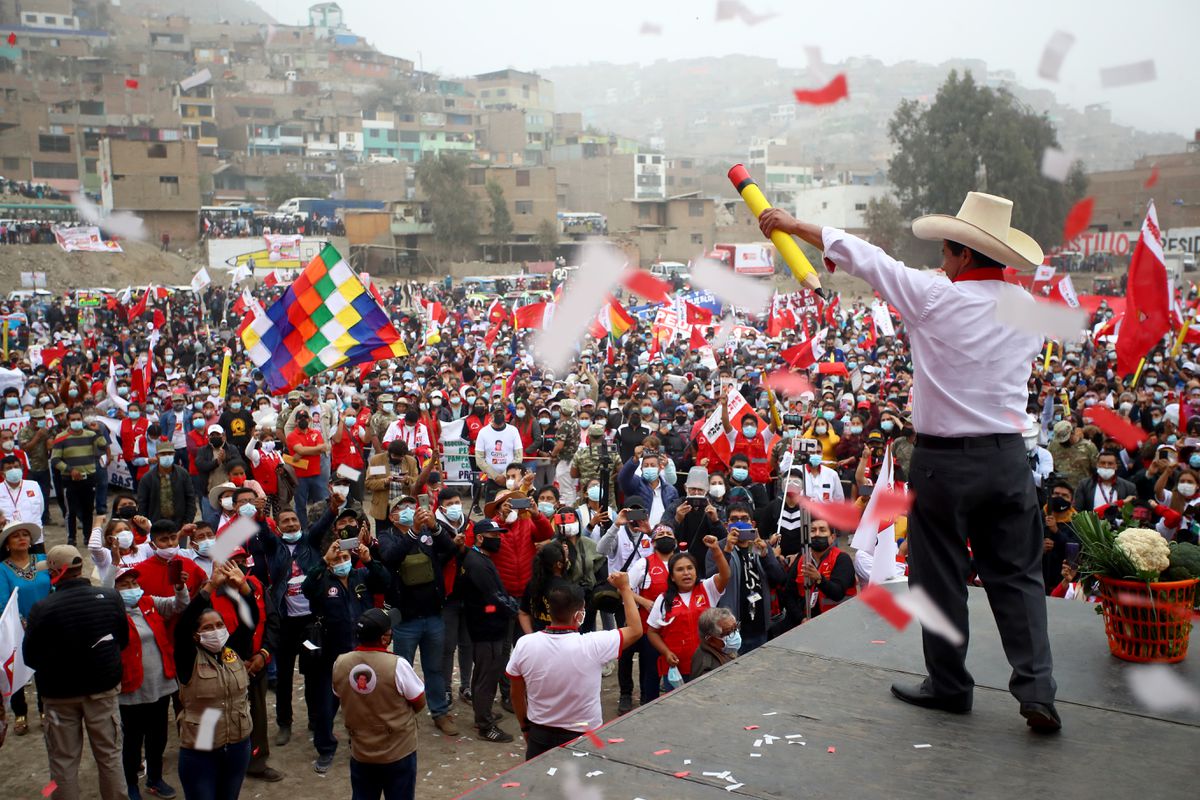 One afternoon in late May, in a neighborhood of ramshackle houses and dusty streets in northern Lima, a voice was heard through loudspeakers: "On the coast, mountains and jungle, Castillo Presidente."

Neighbors and stray dogs, dazzled by the music, gathered in a large esplanade.

Suddenly, a man dressed as a farmer appeared, with a palm hat and outstretched arms.

His presence electrified those present.

The candidate Pedro Castillo, a rural professor with a left-wing populist discourse, turned his rallies in the most forgotten areas of the country into real events.

Now, after a month-long recount that has had all of Latin America in suspense, Castillo will be the president of Peru.

On the coast, mountains and jungle.

On Wednesday the presidential sash will be donned in the midst of an economic crisis and with the challenge of sewing a divided country after allegations of electoral fraud by her rival, the right-wing Keiko Fujimori.

There is no evidence of this deception, but the distrust and resentment that this accusation has aroused has not evaporated after the electoral court's decision to declare Castillo the winner.

These are the challenges facing this 51-year-old school teacher as president.

From there he will have the opportunity to rule the country, but also to find his grave.

Fujimori could bring together other forces to apply “permanent moral incapacity” to him, a legal figure that was previously disposed of by two presidents, Pedro Pablo Kuczynski in 2018, and Martín Vizcarra in 2020. There is no strict definition of the term, therefore which is used to execute covert motions of no confidence.

The bench of Peru Libre, the party in which Castillo is invited, has 37 seats - the first force, followed by 24 of the Fujimori Popular Force - but it does not have a majority.

That means that all your decisions will have to be consensual.

Some of the congressmen of Peru Libre are more akin to Vladimir Cerrón, the party's owner, than to Castillo.

Cerrón is a former governor who was removed from office for corruption.

His dream was to be president, but justice blocked his way.

Because of his extremist opinions, his dogmatism and appreciation of Castroism or Chavismo, he is an uncomfortable ally for the school teacher.

The coexistence between the two will not be easy.

Cerrón intends to influence presidential decisions with his congressmen allies.

Far from being in the background, as the people of Castillo have hinted it would be convenient, he uses his Twitter account as a deck.

The enemy may be hiding at home.

In that plane appears Rafael López Aliaga, the leader of the far-right Renovación Popular. Numerary of Opus Dei, insists that there was an electoral fraud. His aggressiveness has helped to stress the situation. On one occasion he called for "death for the communists", alluding to Castillo. At the same time, Fujimori's lawyers collect signatures for a bill that prevents the new president from modifying the Constitution and calling a Constituent Assembly, one of his main electoral promises. Castillo believes that the current Magna Carta is outdated and favors the country's oligarchy. He thinks that a new one should be drawn up, as in Chile. Its critics argue that it could be an instrument to blow up the current framework and impose an authoritarian system, as happened in Venezuela. Castillo, if you want to survive,he will have to do high-ranking politics in Congress.

The pandemic has brutally hit Peru.

Right now it has the highest number of deaths

The economy shrank 11 percentage points and poverty increased by 10%.

It is estimated that 30% of the population, 3.3 million people, cannot meet their basic needs.

The outgoing president, Francisco Sagasti, says that Peru has faced the pandemic with a problem of tax evasion and low collection (14.1% of GDP).

“Very complex decisions will have to be made in the face of a large number of fair demands in health, education, transportation, social issues: there will be no resources.

The next Government and the following ones will have to make sustained efforts in response to these demands ”, explains Sagasti to EL PAÍS.

The president points out that the Castillo Administration will have to do everything possible to maintain the growth rate achieved by the transitional government, although he stressed that GDP grows more than employment, and that although international metal prices have risen - from which the export sector benefits — there is also an increase in the sale prices of food.

The likely new economy minister, Pedro Francke, said in an interview with this newspaper that one way to increase the public budget was to approve a new tax on mining profits, triggered by international demand.

Negotiating with the mining business associations, which endlessly supported Fujimori's candidacy, will not be easy.

The pandemic has exposed many of the flaws in the health infrastructure. Hospitals collapsed and many people died homeless. There were no respirators or oxygen. The Peruvians desperately went to private health, from where they came out with millionaire bills. A third wave could truncate the start of the Castillo government.

Medical care has not improved in this time, if anything it has gotten worse. Also, vaccination does not go too fast. Only 16% of the target population have been vaccinated with two doses. On the other hand, the percentage in the regions —outside Lima— is less than 12%. Sagasti has asked Castillo to keep the same team that leads the process, otherwise three or four months could be lost. The outgoing Health Minister, Óscar Ugarte, assures that "78 million vaccines have already been contracted and paid for" between now and January. There is another new obstacle: the Peruvian Medical College demands a third dose from the Government, and adds to the messages of influential and politicians who criticize the Sinopharm vaccine, one of the three that the State administers. Castillo, who campaigned in the midst of crowds despite the fact that it was prohibited,he will have to face the management of the pandemic, when he already saw himself as the president who would command the recovery.

Pedro Castillo raises doubts at the international level. Partly because it is a mystery. For a month he has hardly spoken in public. Few dare to predict the direction that their government will take. It took the United States and Europe three weeks to say that the elections had been fair and clean, despite the evidence. The international analyst Óscar Vidarte remarks that Castillo will have to respond to the signals of rapprochement that the Government of Joe Biden has been sending from the United States, which has also recently donated vaccines to Peru.

Biden has sent signals that he is looking for an ally in Castillo rather than an enemy and that he wants to distance him from the anti-American positions of other leaders in the region. Vidarte adds that the new Administration also has to continue taking advantage of its relationship with China: "They are fundamental business partners for investment." For the specialist, there is a crisis of multilateralism in Latin America: “The region is in chaos, the Pacific Alliance is the little that works. The Lima Group (promoted by the United States and of which Pedro Pablo Kuczynski was an animator) would tend to weaken, and the new government should tend more towards dialogue and non-interference with respect to Venezuela ”.

That is where the balance of power between Cerrón and Castillo will come into play. One more challenge for a school teacher who comes to power after three months of campaigning and exhausting electoral dispute. Actually, that was only the beginning. Now his journey really begins. On the coast, mountains and jungle. 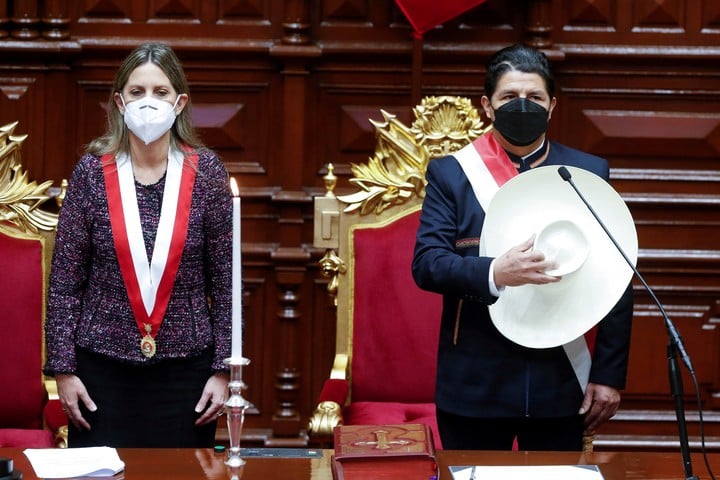 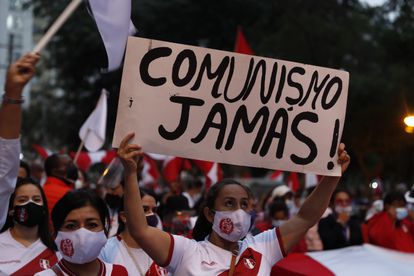 Thousands of Castillo's followers await the final decision in the streets of Lima: "When do you recognize the teacher?" 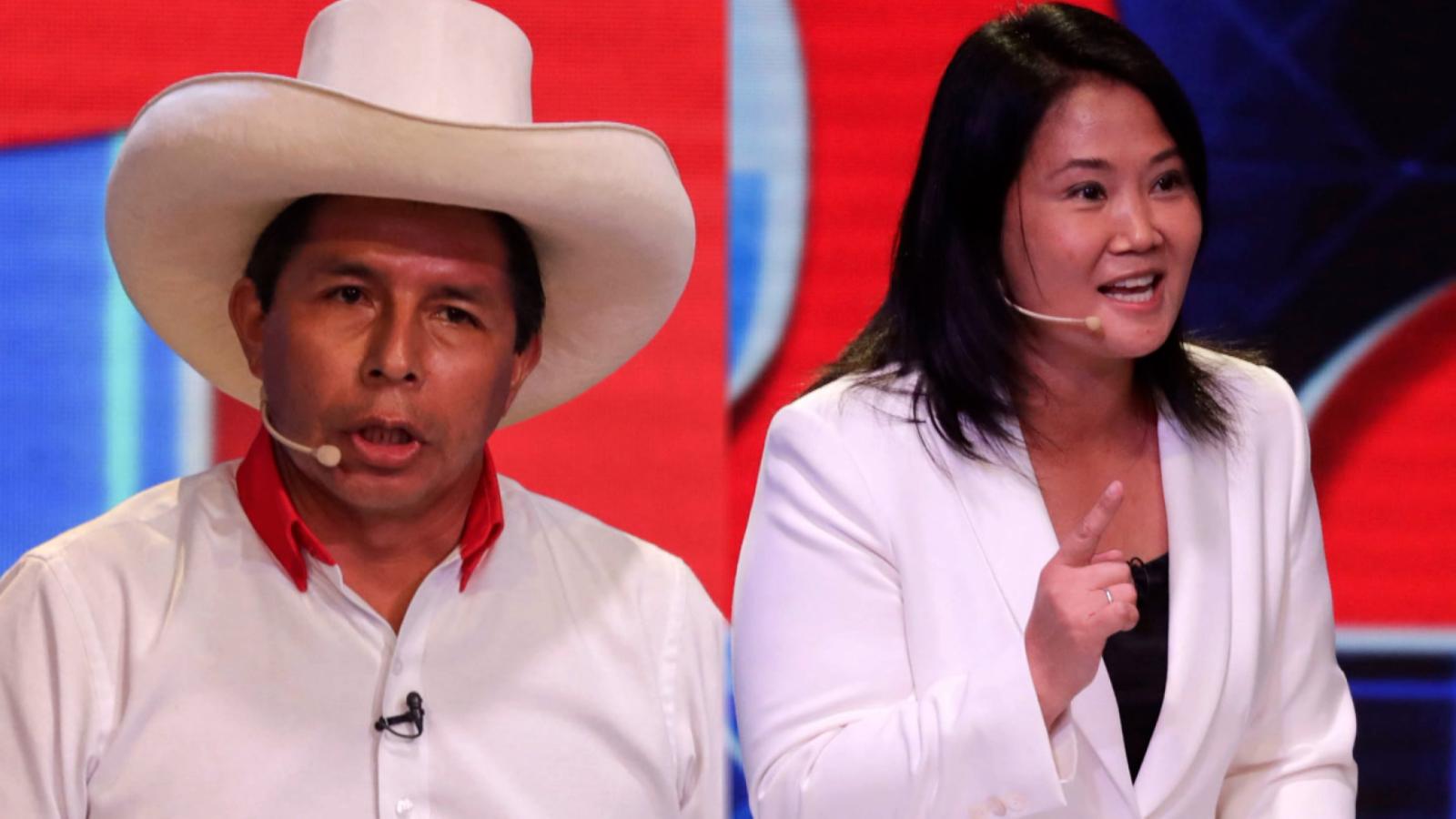 What do Castillo and Fujimori think about these six controversial issues? 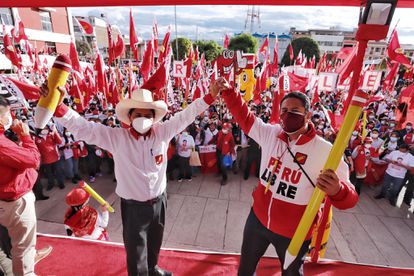 The enigma Cerrón, the uncomfortable presence of Pedro Castillo 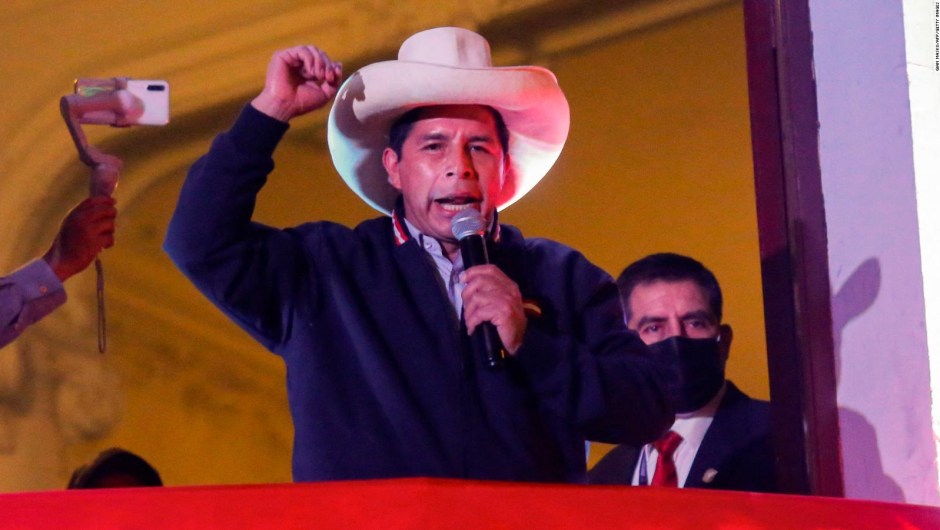 Pedro Castillo is the elected president of Peru | CNN 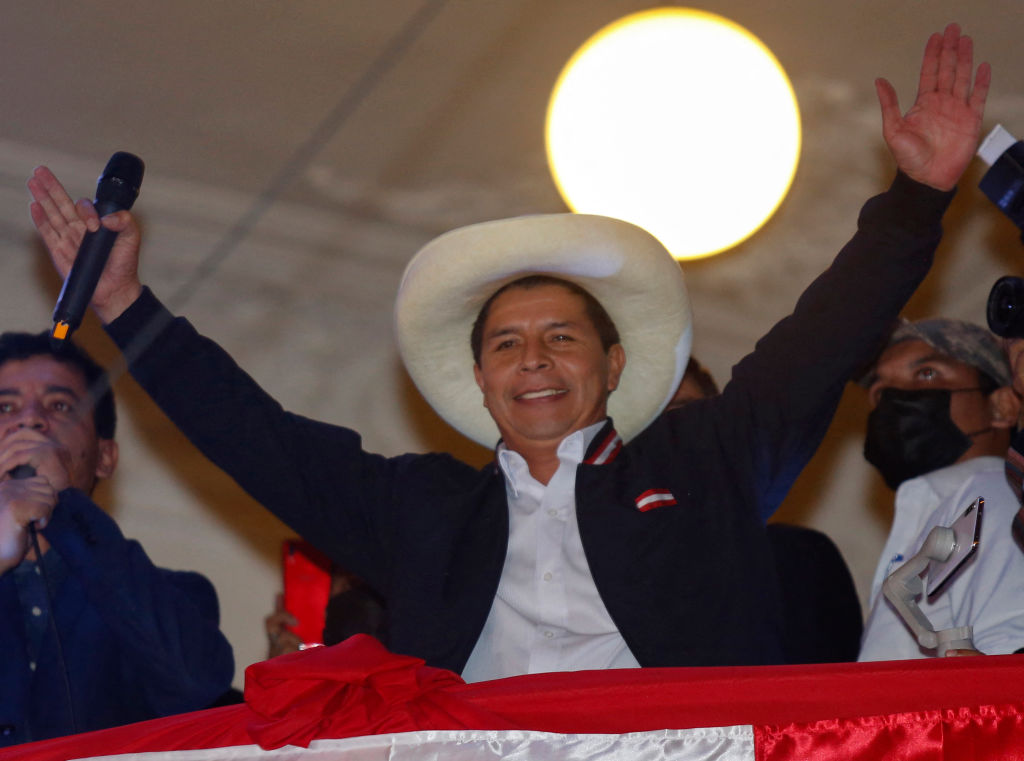