From the “district hall” into a new life: the district honors the best high school graduates

The best graduates from the district's secondary schools were honored on Monday, July 26th, at a ceremony in the former Sparkasse hall in Ebersberg. 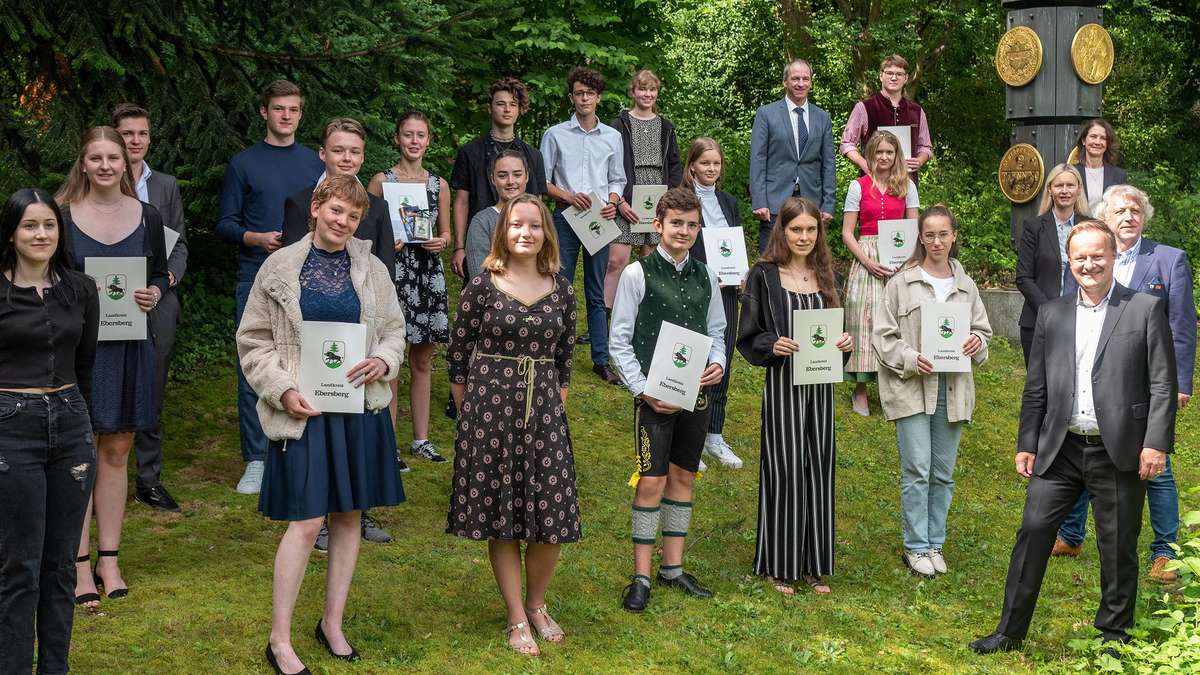 The best graduates from the district's secondary schools were honored on Monday, July 26th, at a ceremony in the former Sparkasse hall in Ebersberg.

- floral decorations on the lectern and sunflowers on the bar tables.

In the former Sparkasse hall in Ebersberg, the 18 best graduates from Quali, M10, the preparatory classes for the secondary school leaving certificate and the district's best secondary school graduates were honored on Monday, July 26th.

The school administration director Sigrid Binder explained that the students have had a remarkable year.

The graduates who are now sitting in front of her have mastered this year and all of its challenges with flying colors.

School councilor: "One school cone is not enough to sweeten the entire school life"

School councilor Tanja Markefka went back a little further in her speech: she conjured up her own school cone from under the lectern.

"Maybe we'll just leave Corona out when we remember," she suggested.

Each of those present could certainly still remember their own school cone, which should make the first day of school more palatable.

"A school cone alone was probably not enough to sweeten the entire school life," she speculated.

The students achieved a lot in the course of their school career, even if it was not always easy, but they can now look back on their success.

"The path will not always be straight and not as easy as you might imagine at the moment," she said.

She wanted to give the students a quote from Erich Kästner: "You can also build something beautiful out of stones that are placed in your path."

A new life after graduation

A few years ago the former savings bank building was bought, said District Administrator Robert Niedergesäß in his speech.

The hall in which the graduates were now honored should therefore actually have a different name than the Sparkasse hall.

His suggestion: "Kreis-Saal", since the room ultimately belongs to the district.

And like in the delivery room of a hospital, the high school graduates would start a new life in this room.

"You are the future," he told the former students.

He himself turned his passion into a profession and that is what he also wanted the graduates to do.

"It is important that you find your way and implement it with passion, then it will also work," he emphasized.

Planning errors: three too many graduates in the hall

District master craftsman Johann Schwaiger also agreed: "The whole life is only fun, with work that is fun," he explained. 2400 handicraft businesses in the district would be happy if one or the other decided to seek their luck in handicrafts. In principle, however, “all doors are open to young people. You just have to use it. "

When the certificates were awarded, a small mistake in the planning came to light: three more students had come to the award ceremony than there were certificates for the award.

"This year everything is a little more difficult," apologized Binder.

The program had to be streamlined due to the pandemic, only the “very best of all” would be honored.

Without further ado, the gifts were removed from the three documents whose recipients had not appeared.

The three “forgotten” would receive the certificates by post.

You can read more from the Ebersberg region here.

From the “district hall” into a new life: the district honors the best high school graduates 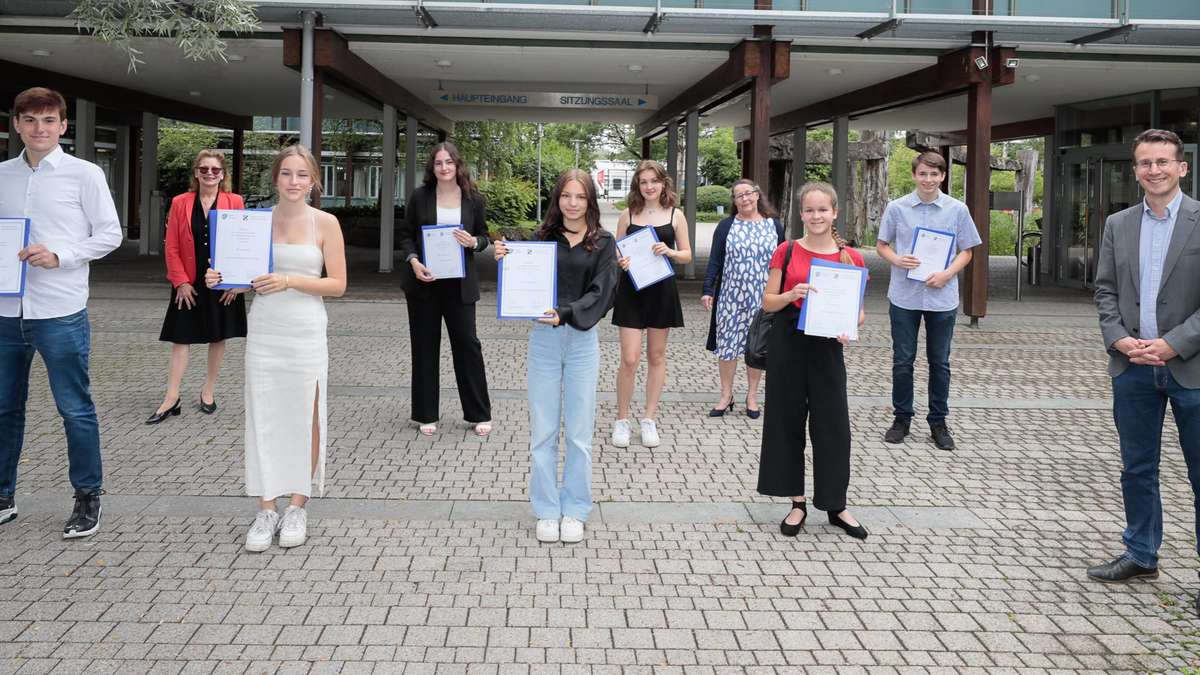 Go to school instead of training 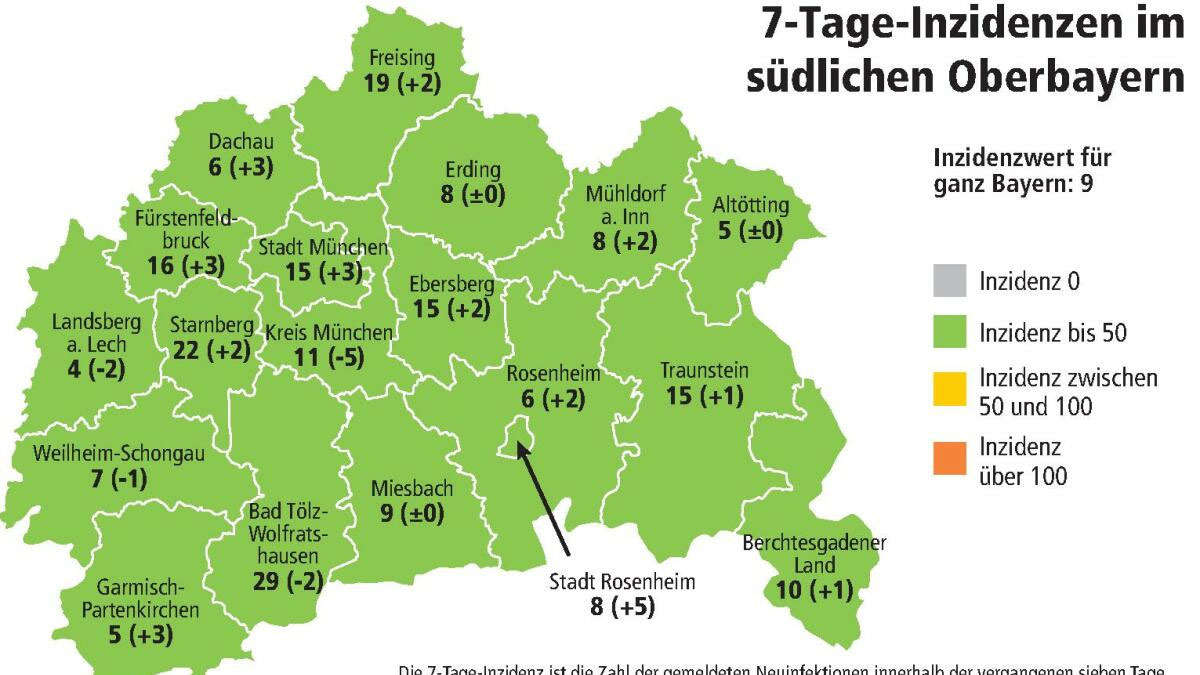 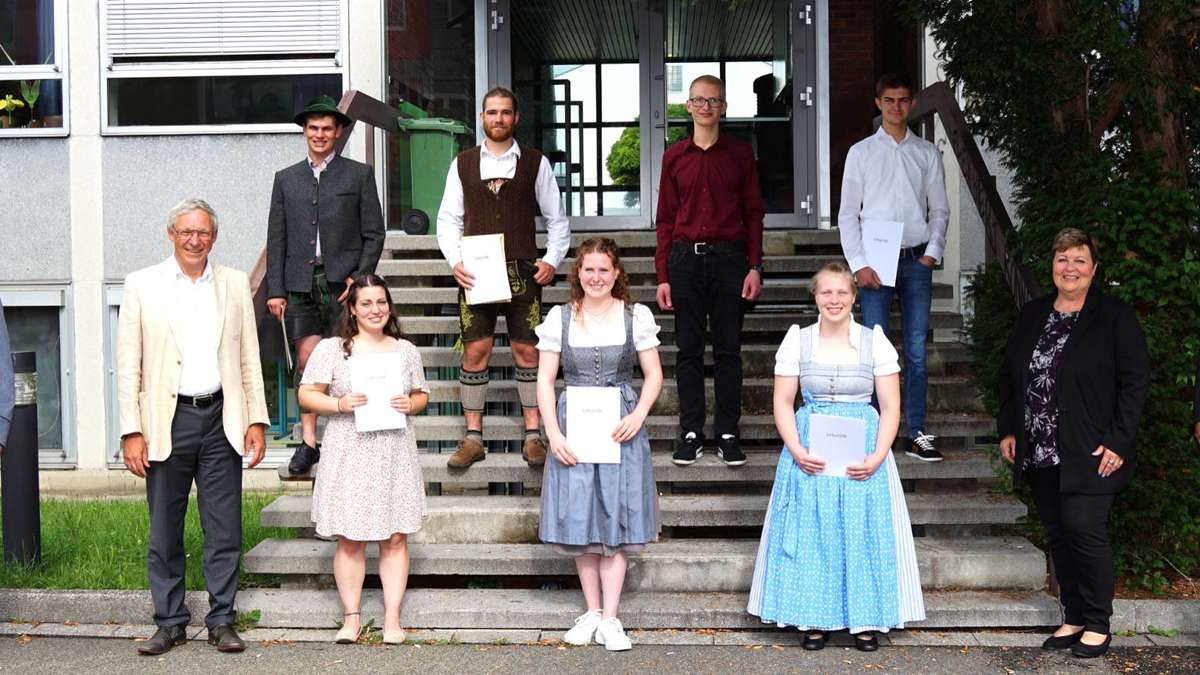