Unspeakable secrets will be uncovered and we must expect revelations, blows and counterattacks that may affect the Pope himself. 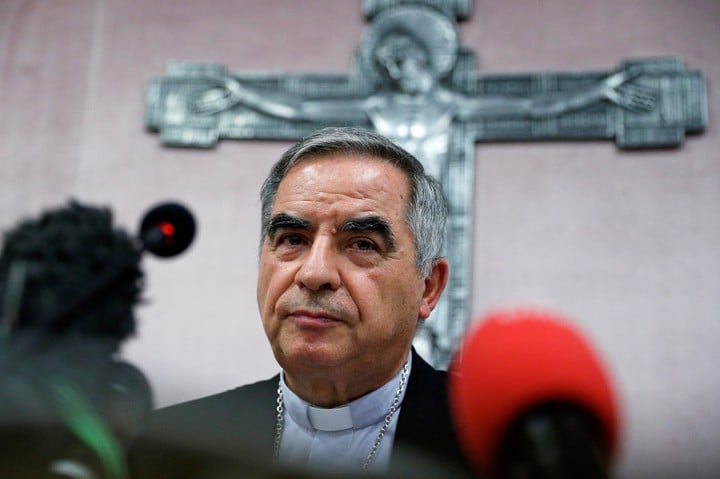 This Tuesday begins before the Vatican Supreme Court a criminal process whose main defendant is Cardinal Angelo Becciu, dismissed by the Pope as one of its main "ministers", that of the Cause of Saints.

This is the first time this has happened in the Vatican.

in the last thirty years that has erupted in the Secretary of State, the center of the Roman Curia, which is the central government of the Church.

and revelations, blows and counterattacks that may affect the Pope himself must be expected.

Jorge Bergoglio, who will turn 85 in December, maintains that it was he who

because it is necessary to end the corruption and colossal internal maneuvers that these cases hide.

Cardinal Giovanni Angelo Becciu, at the center of the scandal.

Before the president of the Vatican Supreme Court,

, a former high Italian judicial magistrate who the Pope made the most important

in Vatican justice, Cardinal Becciu and

Three of them belong to the world of finance linked to the Church through this scandal, which

when the then Substitute of the Secretary of State, Monsignor Becciu, decided to make an investment of

in financing of an oil business in Angola.

Their names are Enrico Crasso, Raffaelle Mincione and Gianluigi Torzi.

Crasso had been a financial maneuver for Vatican investments for many years, channeled through Credit Suisse to which Crasso belonged, who was a man of extreme confidence in the Church.

who operates in London and other places.

Torzi does the same job.

In 2014, when this extraordinary story begins in which even the Pope is forced to intervene four years later in an operation kept in reserve, there are two funds in the Secretary of State with a lot of money.

Donations from the faithful

One bears the informal name of Paul VI and is worth € 200 million.

The other, very important, is

, which at that time accumulated 450 million, fattened with the donations that the faithful make to the Pope for charitable works.

Of the fund destined for the poor, a destiny that meets only 10% of the total, the most nurtured fetas are invested in the “sustenance of the Church”, because the Vatican lives in

It has just announced that in 2020, the year of a pandemic, the red on the balance reached 66.3 million euros.

the oil investment in Angola

, who in the case plays the part of the Great Repentant who sang everything before the Vatican prosecutors and was excluded thanks to these services, also by the Pope, of the very serious accusations of the I had to answer.

Perlasca consulted the trusted financier, Enrico Crasso, one of the defendants who narrated in a special History Channel video that it was he who happened to call the murderous financier Raffaelle Mincioni.

According to the Vatican Justice Promoter, Alessandro Diddi, who with his seconds produced

after joining 29,000 pages with the investigations, Crasso and other defendants

Mincione said the Angolan business was not good and proposed in exchange to buy a large building, owned by him that had been a warehouse for the Harrods stores, of great value

in the most prosperous heart of London

The financier Mincione set up the operation by humping the Vatican, which

in its Athena company.

Entering Athena, it is easy to see that it did not make the Church the owner of the London palace.

As time passed, there were further inquiries and they called Crasso.

He said it was better to definitely buy and use another heist financier as an intermediary.

Gianluigi Torzi prepared the next scam.

A contract was signed with

the written approval of Cardinal Parolín

, the "Prime Minister of the Pope."

The property was now owned by the GUTT de Torzi company, in which the Church accumulated 30 thousand shares, while the Italian financier had only a thousand.

But, small detail, it was those thousand shares that had purchasing power.

The 30 thousand from the Vatican are

and that is why

In this disaster there were several personages of the Secretary of State that participated.

And Fabrizio Tirabasssi and others who are now on the list of defendants.

When they realized that they

still did not own the building

bought four years ago, the Secretary of State was frightened.

Torzi said he was willing to fix, but not for free.

He even asked for 30 million euros to disappear from the scene.

From worry to despair.

And although it seems incredible, and it almost is, it

was decided to go to the Argentine Holy Father

to convince Gianluca Torzi that he had to dispose of the ownership of the building, which at this point was a disastrous investment.

At the Casa de Santa Marta, the internal Vatican hotel where he is staying,

who was accompanied by discreet figures from the church who participated in the negotiations.

Francisco greets the faithful from the window of his study in San Pedro.

before the same pontiff.

He reiterated that he expected concrete recognition and in the end, after another meeting between Torzi and the Pope, he agreed to settle for 15 million euros.

He signed and at this point the investigation was underway.

On June 22, 2020, in the midst of a pandemic that kept the Vatican gates closed,

but spent only ten days behind the flimsy bars of the city-state.

Cardinal Becciu had been appointed in 2011 as "Minister" of Foreign Affairs, that is the mission of the Substitute for the Secretary of State, by the German Pope Benedict XVI.

Francis confirmed him in office when he was elected Pope in March 2013. Coming from the island of Sardinia, according to the accusations of the Vatican prosecutors, Becciu worked in Rome

did not lack anything.

In the process, he will have to respond to various gestures, in aid of his brothers and

, in which he would have used money from the Secretary of State and funds from the Italian Episcopal Conference.

A strange variant is that of a character they call "Lady Vaticano."

She said she was on

He made several trips and

for clothes and objects from the most famous fashion brands.

He explained that these were gifts he gave out for public relations.

What was your relationship with the most important official of the Curia, considered one of the closest to the Pope?

Those ambitions are destroyed.

In 2018 Becciu left the Secretary of State.

His friend the Pope, with whom he dispatched practically every day, promoted him to "minister", head of the key dicastery of the Cause for Saints, popularly called "the factory of saints of the Church."

But perhaps some evidence recommended that Bergoglio

remove him from the Secretary of State.

"All this is the

fruit of a plot

concocted in my damage."

The process, he assures, is the opportunity to disarm an operation "in which they have invented everything about me."

“The hour of clarification is approaching.

The court will be able to verify that the accusations are absolutely false ”.

The cardinal whose title the Pope has turned into an empty shell, affirms that the "dark plots and false accusations" will be contrasted in the process until he

and the guilt of the accusers.

and they clearly aim very high.

The Vatican for the first time recognizes that it owns 5,171 properties worldwide

The health of Pope Francis after his operation: the same vitality or a physical deterioration? 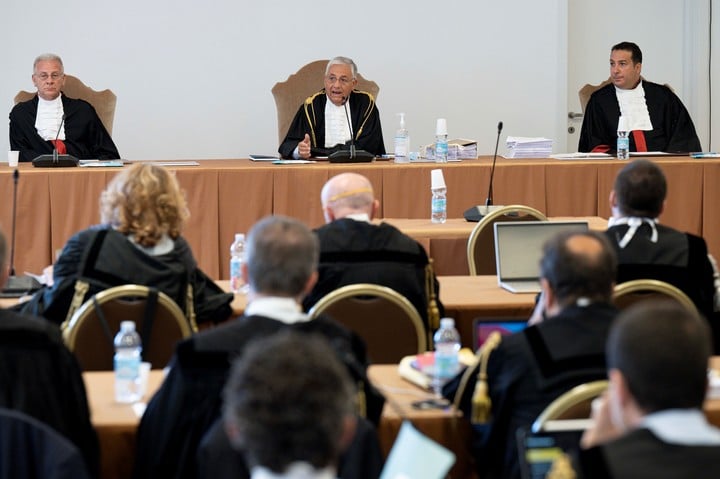 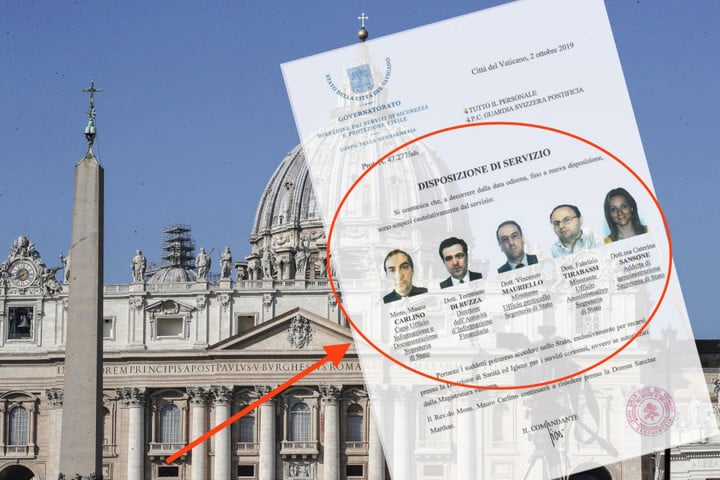 Corruption scandal in the Vatican: a cardinal and 9 others, on trial for fraud 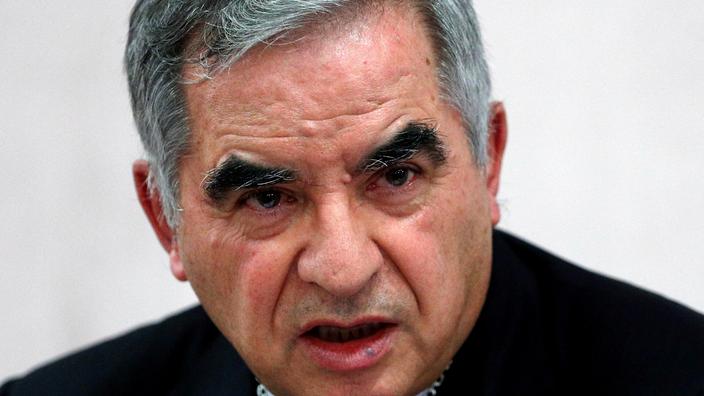 Vatican: a cardinal at the heart of a great financial trial 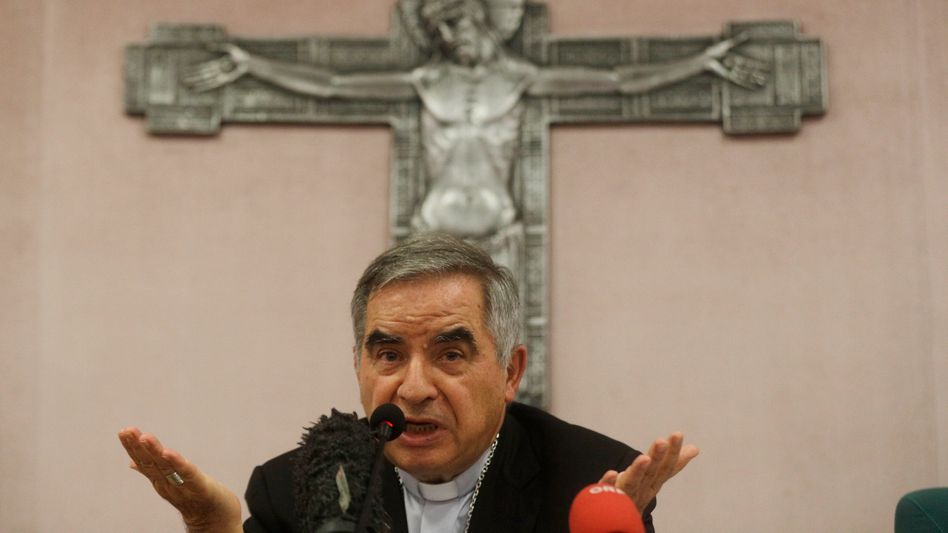 Process start in the Vatican: Cardinal is on trial for luxury real estate deal 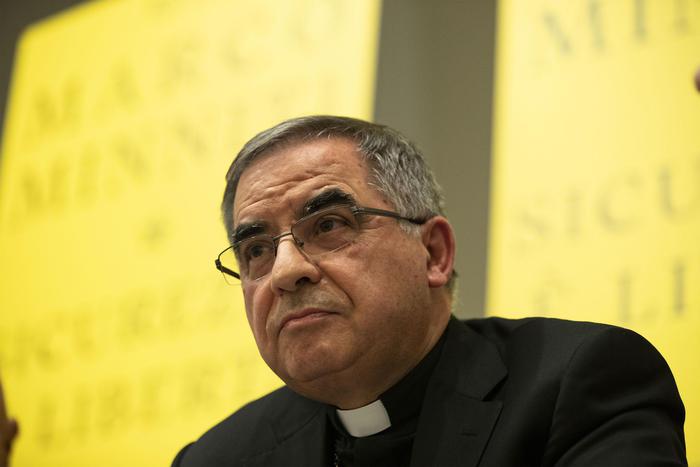 Vatican, the trial on the funds of the Secretariat of State has begun 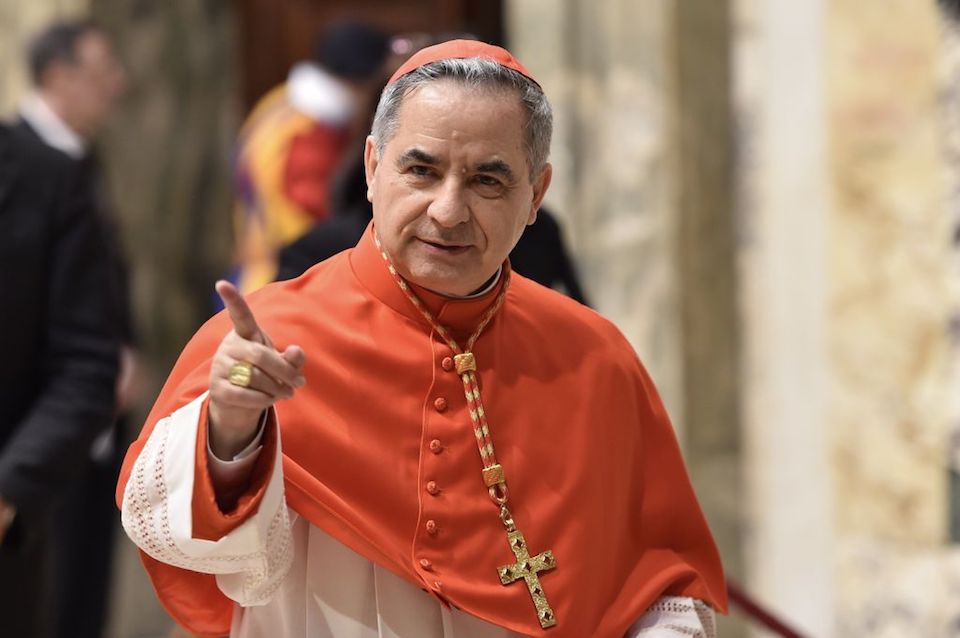 Vatican begins 'trial of the century' for fraud 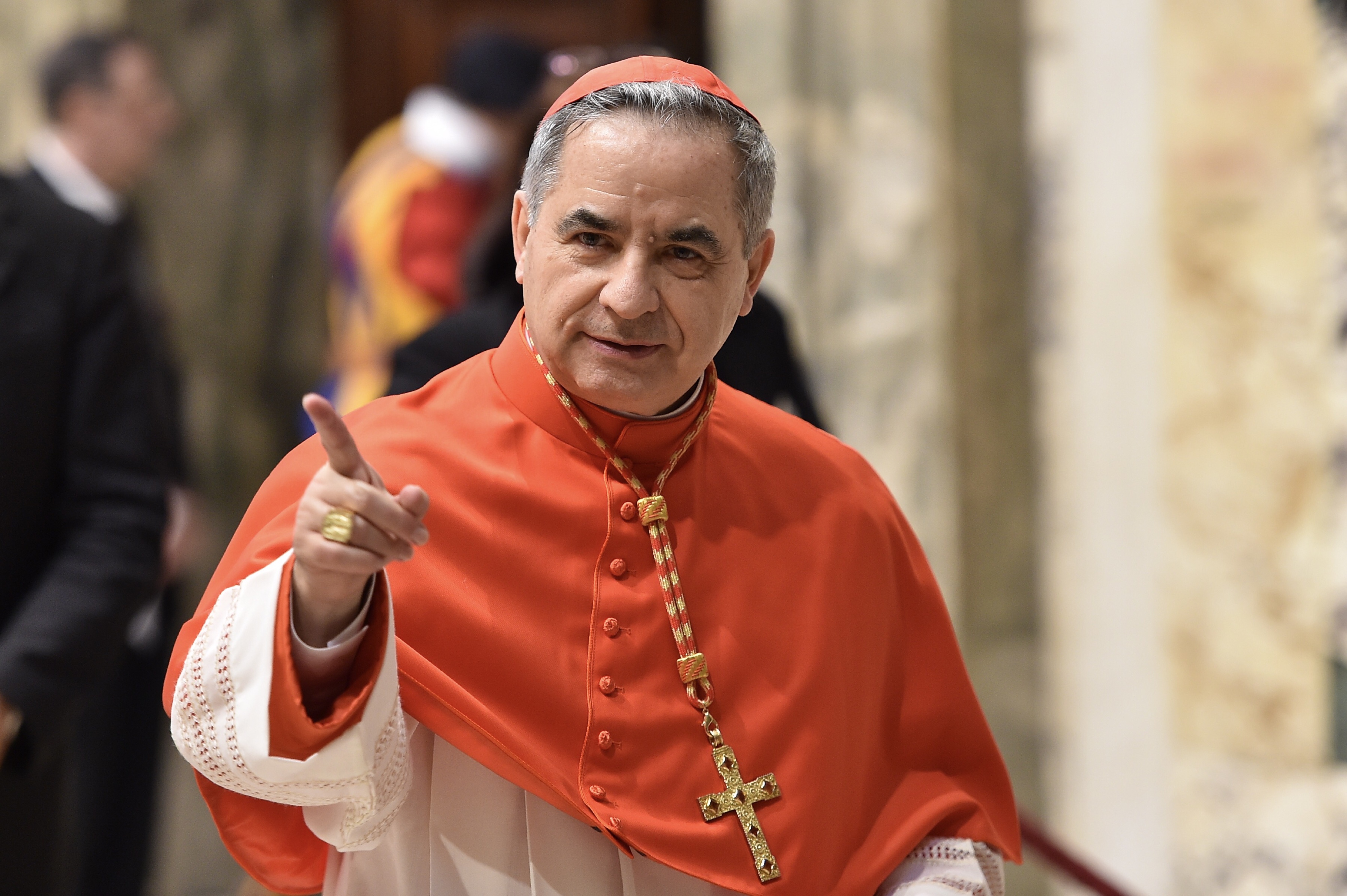 Trial in the Vatican: what are the accusations against the cardinal?

Trial in the Vatican: what are the accusations against the cardinal?