England is also not spared from storms and floods. There were dramatic scenes on the streets of London on Sunday. 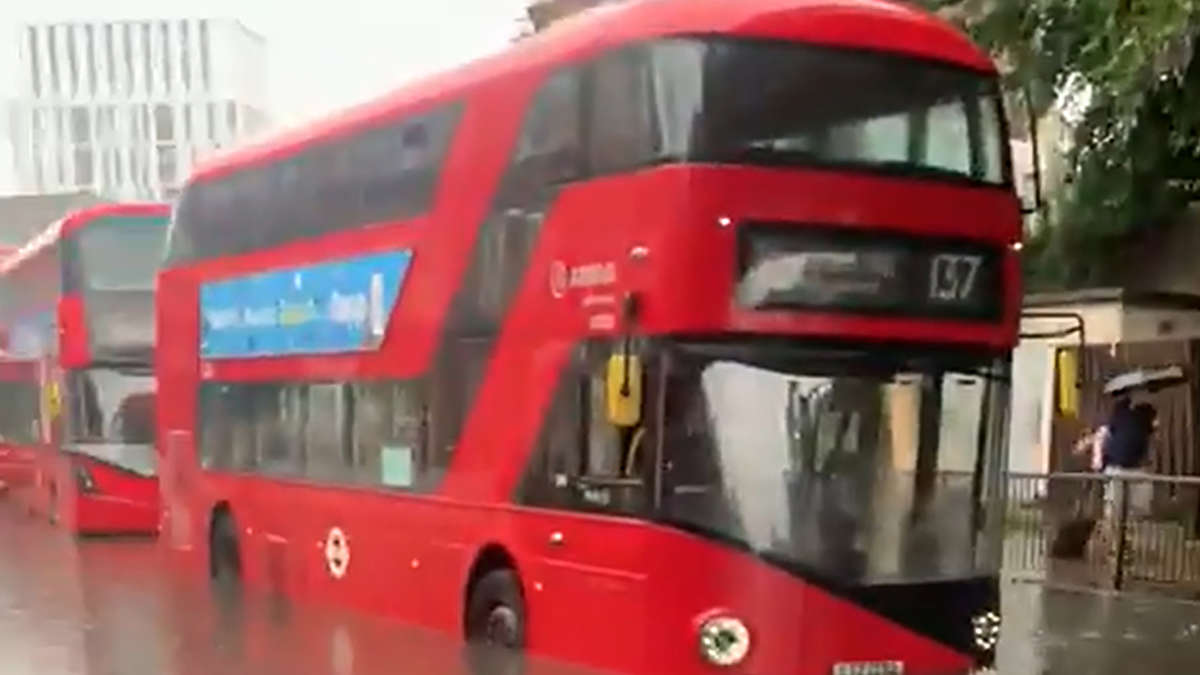 England is also not spared from storms and floods.

There were dramatic scenes on the streets of London on Sunday.

London - A flooded underground station that looks like a plunge pool, people wading through waist-high water, several red double-decker buses trapped by the floods: after Germany has just got through the worst storms in decades, it now seems the United Kingdom to be your turn. On Sunday there were heavy rains and floods in the south-east of England and also in the British capital London. Traffic was paralyzed in many places.

From 7 p.m. local time, the British weather service (Met Office) issued a storm warning for London and the surrounding area.

At half past eight in the evening, London's Mayor Sadiq Khan reported on Twitter that fire and rescue workers were on duty due to "major floods" in the British capital.

Especially in the southern part of London, masses of water blocked the traffic of buses, subways and trains.

Khan urged people to avoid flooded parts of the city.

Storms and heavy floods in England: traffic chaos in London - "Everything is wet"

In the vicinity of the Queenstown Road station, the police stopped the traffic because a street was no longer passable, as an AFP reporter reported.

Several red double-decker buses were trapped by the masses of water and could no longer continue.

The water had reached the inside floor of the bus, said a driver.

Storms and heavy floods in London: hospitals have to refuse patients

In addition to households and traffic, some hospitals were hit hard by the storms.

The hospital operator and NHS trust Barth Health reported on Monday: “After yesterday's heavy rainfall, we are still struggling with operational difficulties at Whipps Cross Hospital.

We have canceled all appointments and operations and are forwarding ambulances to other clinics. ”The emergency room at Newham Hospital also had to be closed on Sunday.

The fire department in London reported over 1,000 emergency calls in connection with the storm, according to the BBC.

The emergency services rescued people from trapped cars, under collapsed roofs and from full cellars.

There are further severe weather warnings for the south east of England. 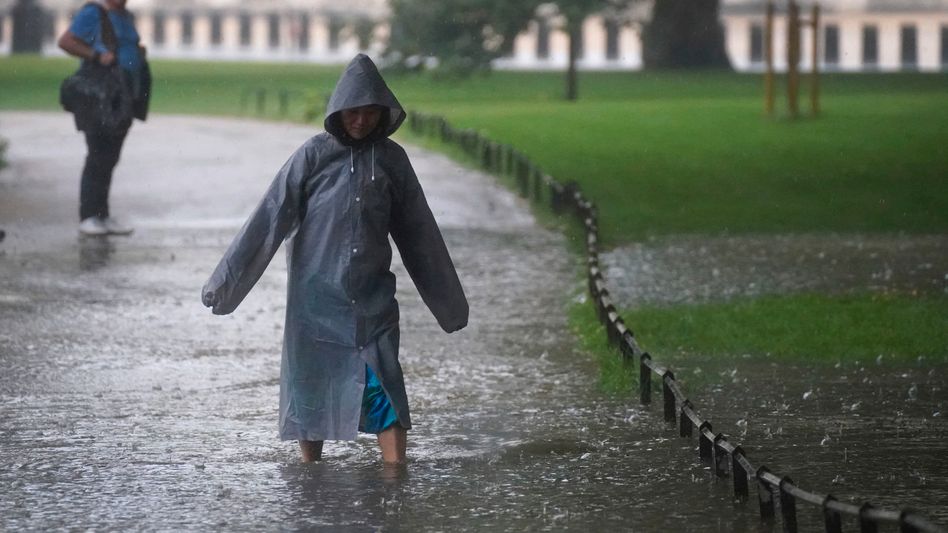 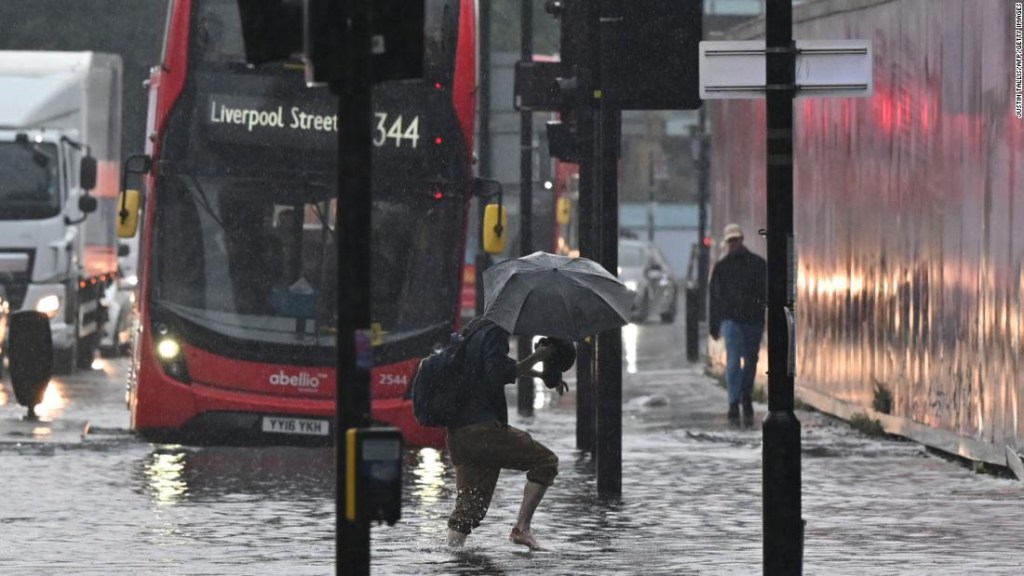 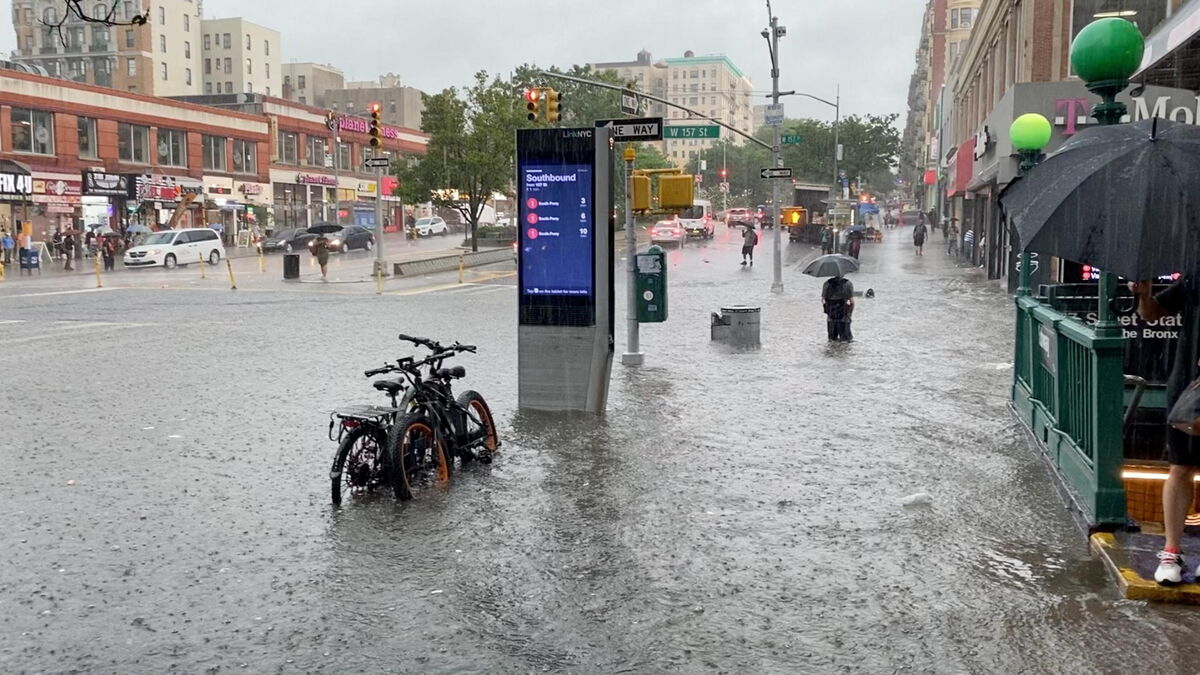 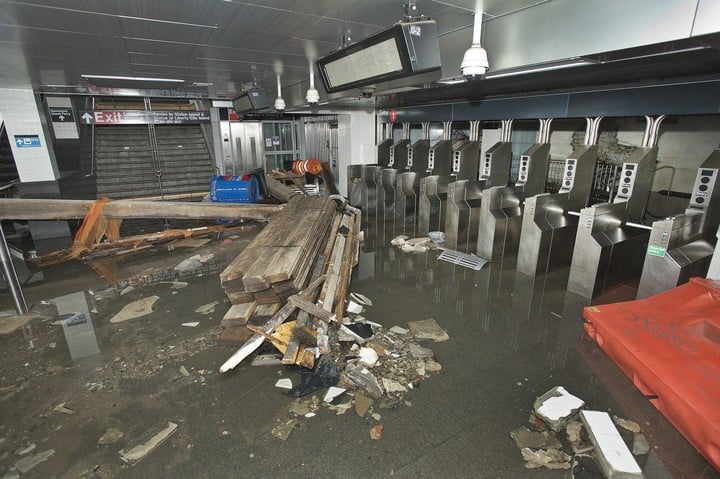 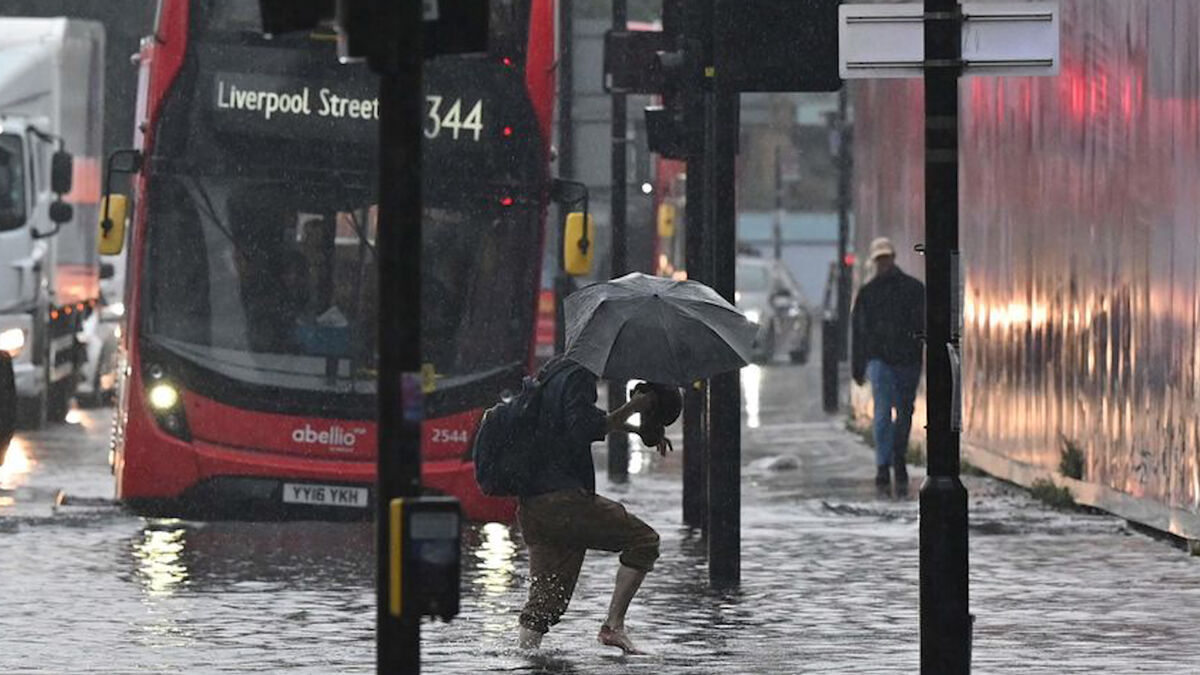 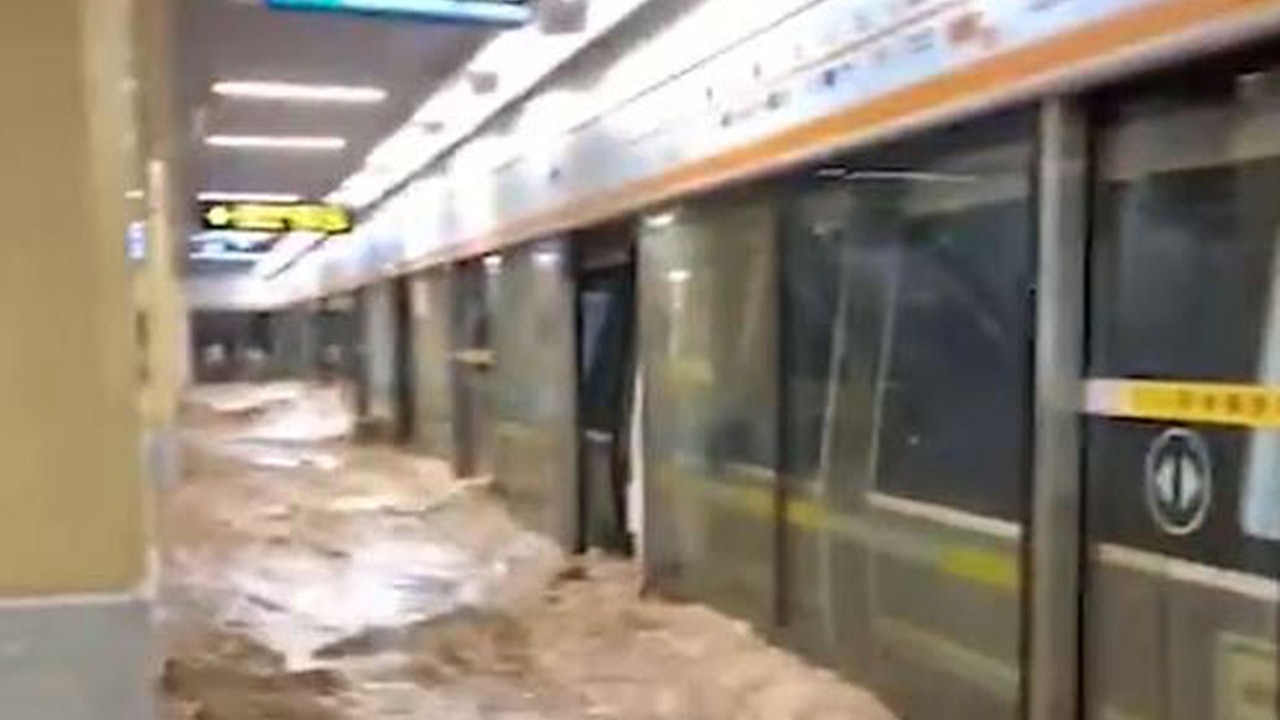 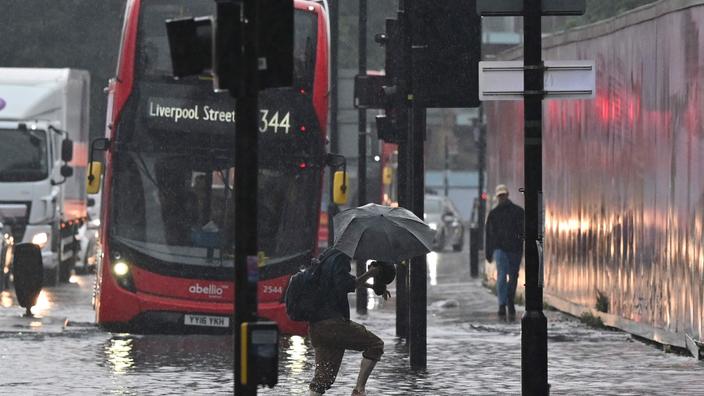