The storm on Sunday evening also affected the Miesbach district. No major damage is known. The storm on Sunday evening also affected the Miesbach district.

No major damage is known.

District - The storm that raged on Sunday evening, especially in the Weilheim-Schongau district, also reached the Miesbach district. Rain radars on the Internet show how the thunderstorm reached the western border of the district near Piesenkam at around 6.15 p.m. The thunderstorm cell with the heaviest rain touched Gmund and Agatharied in the south, Warngau and Weyarn were still affected in the north. The balance sheet of the emergency services turned out accordingly. According to information from District Fire Chief Toni Riblinger, nine fire brigades were in action in the area mentioned, from Schaftlach via Warngau to Weyarn and Irschenberg. “This time there were fewer trees, but rather full cellars.” Riblinger estimates that the fire brigades had to take action around 20 times, and the emergency services are happy to help without alerting the control center.The Miesbach fire brigade, for example, lists four missions from 6:33 p.m. onwards. “The street was flooded and the cellar under water.” The Miesbachers were out and about with 30 emergency services. At around 6:50 p.m. the heavy rain cell near Irschenberg had left the district behind it. “The missions were finished by half past ten,” says Riblinger. 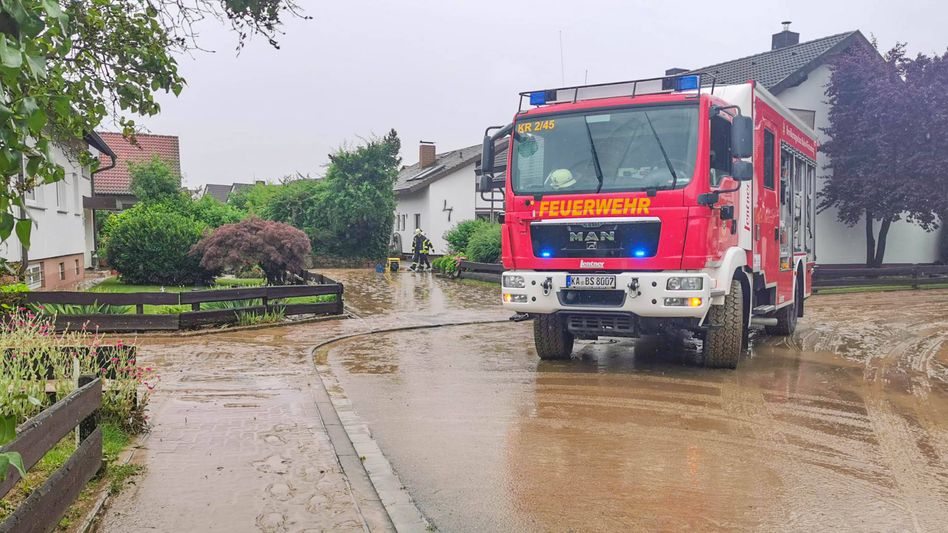 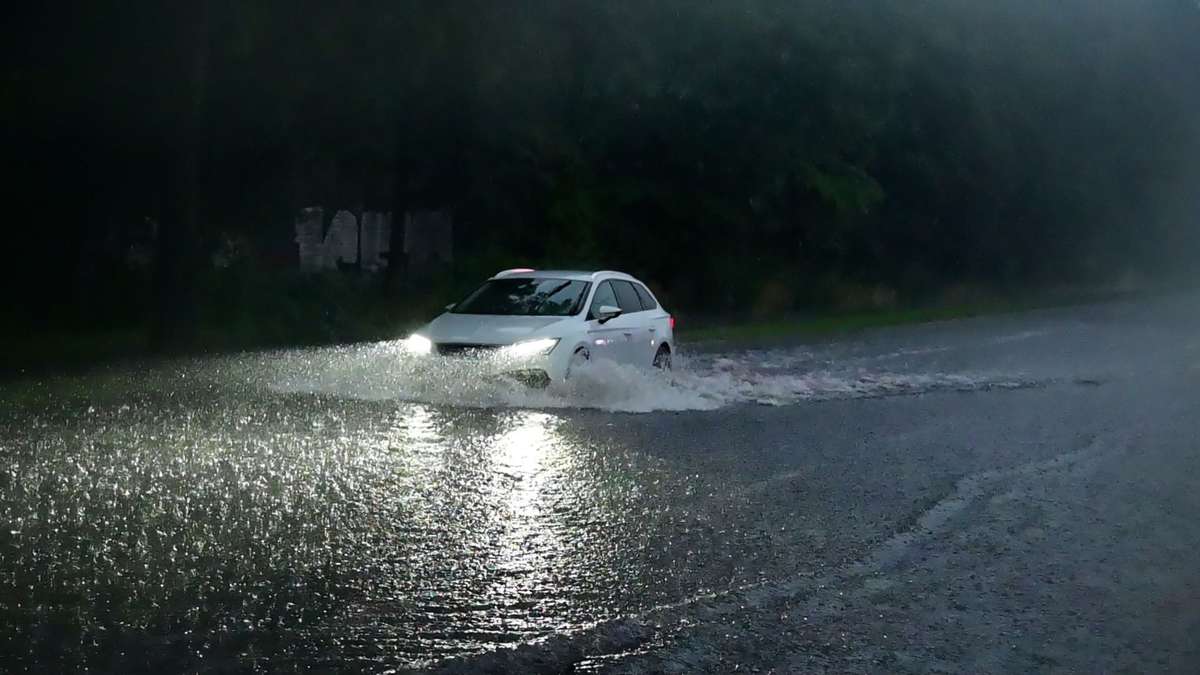 Storm with abundant rain in many regions of Germany 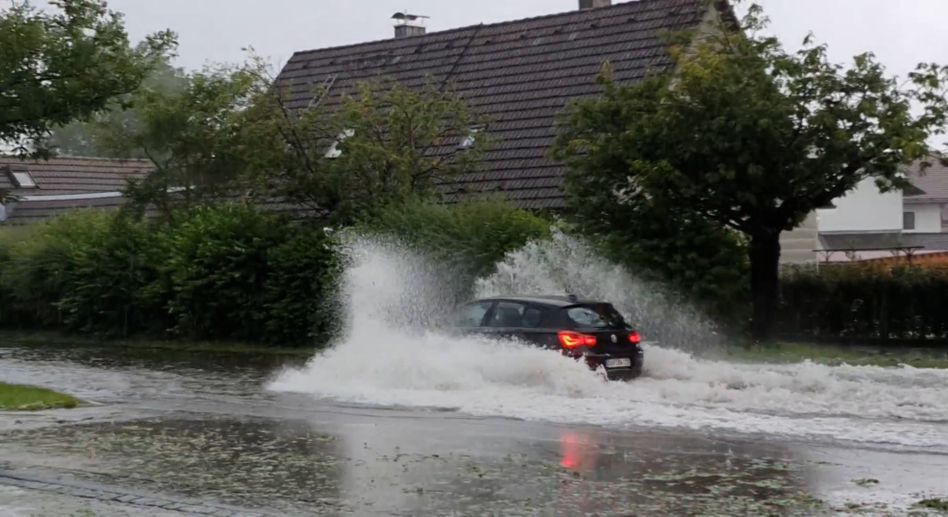 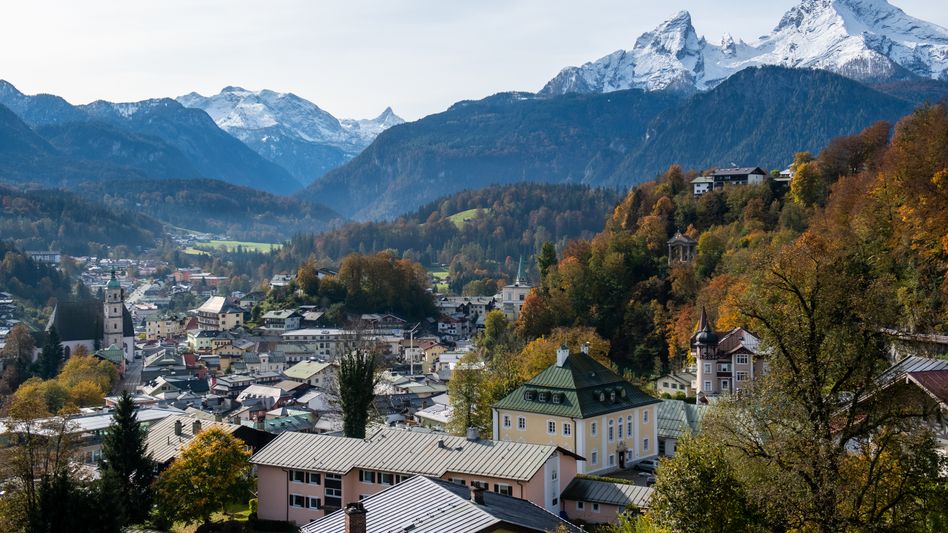 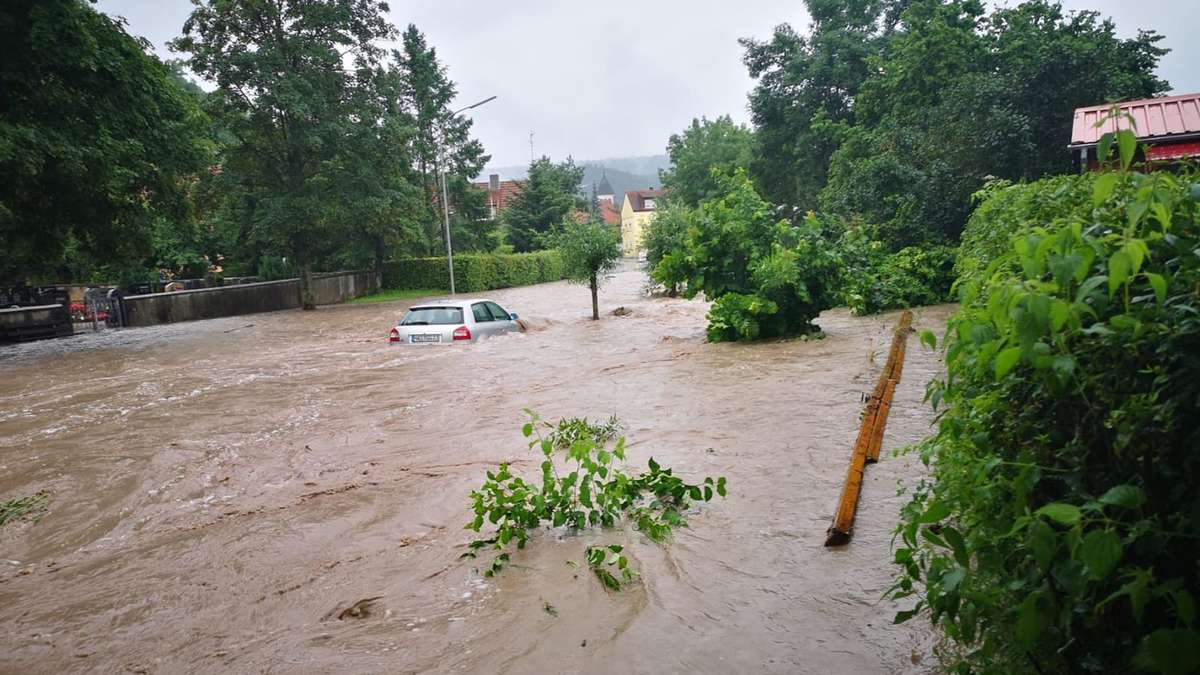 Land under in Franconia: Heavy rains lead to floods and power outages 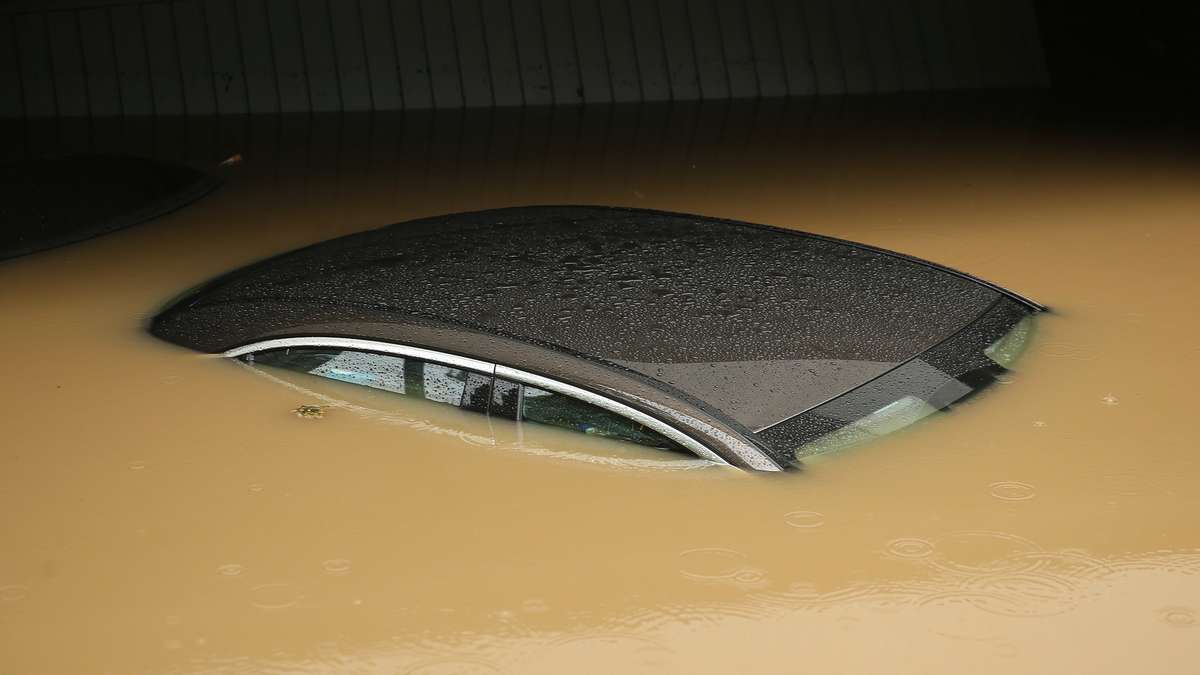 Several flooded cellars, injured in accidents: the devastating balance of the storm night