Geretsried's town hall chief and some youth councilors got on their bikes. During the tour of the city it was agreed to intensify the cooperation. Geretsried's town hall chief and some youth councilors got on their bikes. During the tour of the city it was agreed to intensify the cooperation.

Geretsried - The youth council's bike tour with Mayor Michael Müller had been planned for a long time.

It could finally take place on Saturday.

Müller and the youth councilors Sabrina Lorenz, Jakob Arend and Simon Vielreicher did not let themselves be deterred by a small shower at the start.

The other eight members were absent due to illness or other appointments.

On the tour it became clear: In the town hall, they want to give the youth councils more say and more design options.

The starting point of the almost four-hour round was Karl-Lederer-Platz. Müller explained to the youth councils how the center should change in the coming years. The federal road 11 will be relocated towards Schwaigwaller Hang at the will of the city, the old B11 an inner-city road. The traffic-calmed, good room Geretsrieds could thus spread to the Böhmwiese. "The town hall would then no longer stand on the edge as it is now, but in the middle," said Müller. The youth council wanted a “Walk of Fame” modeled on Wolfratshausen - an idea that the city wants to examine. The young people also want the dirt park to be rebuilt on the Böhmwiese. In its current, unkempt condition, the bicycle course is not easy to drive on. According to Müller, the city council will decide in autumnwhether and how the leisure facility will continue. It is possible that the building yard will take care of the maintenance. Or you can find a sponsor - a committed individual or an association - who is willing to look after the system and ensure the safety of the users. Simon Vielreicher said that an association with enough adult members to take care of things was needed.

To protect themselves from the rain, the group stopped under the trees between middle school and high school.

The mayor explained the plans for the middle school.

A transverse building is planned at the point where you stood and looked at the school kitchen.

While the middle school from 1975 is being completely renovated, individual classes can alternately be outsourced to this transverse building.

When everything is ready, the classes should move from the Karl-Lederer-Haus to the Adalbert-Stifter-Haus so that the middle school is under one roof.

Construction could start in 2023.

Müller asked the youth councils to find out what the middle school students would like for their future schoolhouse.

"What is missing so far?

What should be integrated? "

The youth councilors clearly enjoyed cycling once through the empty parking garage at the indoor pool. It still looks oversized, admitted Müller. But soon it will be occupied by schools, visitors to the inter-municipal indoor swimming pool and users of the Isarau stadium. The building on the other side of the street, which houses the juvenile juice shop, the library, the adult education center and the mothers' center, is under discussion for a third primary school. As the population grows, the need for another elementary school increases. In addition, lawmakers will in future require that elementary schools offer all-day care, said Müller. Each elementary school can handle around 450 to 500 students, which is why an expansion of the Isardamm or Karl Lederer elementary school does not seem sensible,even if rooms were vacated by the move of the Lederer Middle School. Should the third elementary school be built on Stifter-Straße, the city will of course create replacement locations for the juice shop, library and mothers' center, said Müller.

The highlight of the bike tour for the youngsters was the exclusive guided tour through the new inter-communal indoor swimming pool. Lifeguard Dieter Bunthoff showed the group the spacious, modern changing rooms, the showers in gray and turquoise, the swimming pool and diving pool as well as the children's and toddler's area with the two warm water pools. Here the mayor suggested that the youth council should come up with a motto for the children's birthday room by the time the pool opens in September. After the children's area, a sauna extension would theoretically be possible later, he said. A sunbathing lawn and a small outdoor pool could also be created outdoors in the direction of the city forest in the next few years. The town hall chief emphasized that the Geretsried school and sports pool would never be a leisure pool with slides and other equipment.When asked by Sabrina Lorenz whether there would at least be another “fun day” for families like in the old indoor pool, Bunthoff replied that he was planning to do it on Saturday afternoon - so that the fathers would also have time to play and play in the water with their children romp.

The exercise course in the city forest, which goes back to an initiative by members of the city model working group Sport and which was financed with funds from the EU funding program Leader, is an absolutely successful model. The trimmers are used actively, according to Müller, vandalism is limited, with the exception of the punching bag, which has already had to be replaced several times. The youth councils are called upon to consider other locations for devices in the urban area, including Gelting. It would be ideal if the areas were owned by the city, says Müller. But perhaps private individuals or companies would also provide land. The mayor promised that the city would not close the movement stations in the city forest even in the event of another lockdown:"I rely on people to take responsibility for themselves."

Rudi Mühlhans, managing director of the sponsoring association for youth and social work, which operates the two youth centers Saftladen and Ein-Stein, explained the plans for the youth and community center planned to replace the Ein-Stein. It was "a brave decision" to combine rooms for young and old under one roof, he said. But after the sponsoring association will manage both areas, he sees no potential for conflict. Mühlhans only regrets that the current open space around the Ein-Stein will be greatly reduced by the new building. Müller added that in addition to the 7 million euro community center, which could be built from autumn 2022, an upgrade of stone in the form of an attractive entrance to the town and a greening of the Steiner Ring is planned. So that at some point a grocer will settle again,one wants to create appropriate framework conditions. You need a larger retail space for a so-called frequency generator, in whose vicinity smaller shops would usually also automatically set up shop.

Another highlight of the tour was a visit to the renovated ice rink.

Ice cream has been made there since mid-July, and training has been running since July 19, as ice master Friedrich König announced.

Normally operations do not start until mid to late August.

"But after the lockdown everyone wants to do their sport again," said König.

The public run should start again in three to four weeks, provided the incidence value allows it.

The youth council wants the skater park at the juice shop to be renewed.

The aging facility is no longer particularly attractive.

The city had it built in 2002 after some young people had applied for it via the mobile youth work of the sponsoring association.

"You can see that we take young people seriously and try to implement what is possible," said Müller.

The skater park could either be redesigned at the existing location or built as a larger park at a different location.

The young people should contact a specialist about the planning.

Müller revealed that the former pharmacy on Johannisplatz is also to be converted into one based on the model of the Steiner district meeting place. He wanted to create a meeting place for the residents of Johannisplatz beyond the parish of the Holy Family, where yoga courses, game afternoons and other events could take place. The meeting is to be run by the neighborhood management of the youth and social work sponsoring association. The tour ended with a pizza meal in the fire station north. The volunteer fire brigade used the opportunity to recruit young people. (Tanja Lühr) 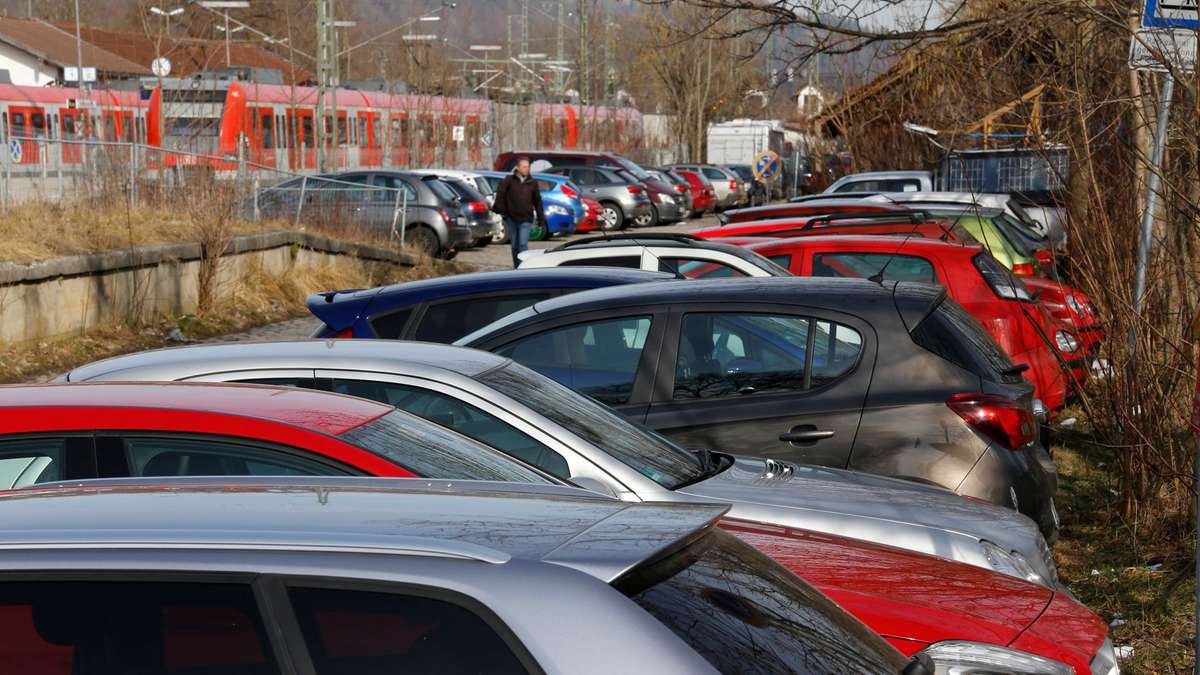 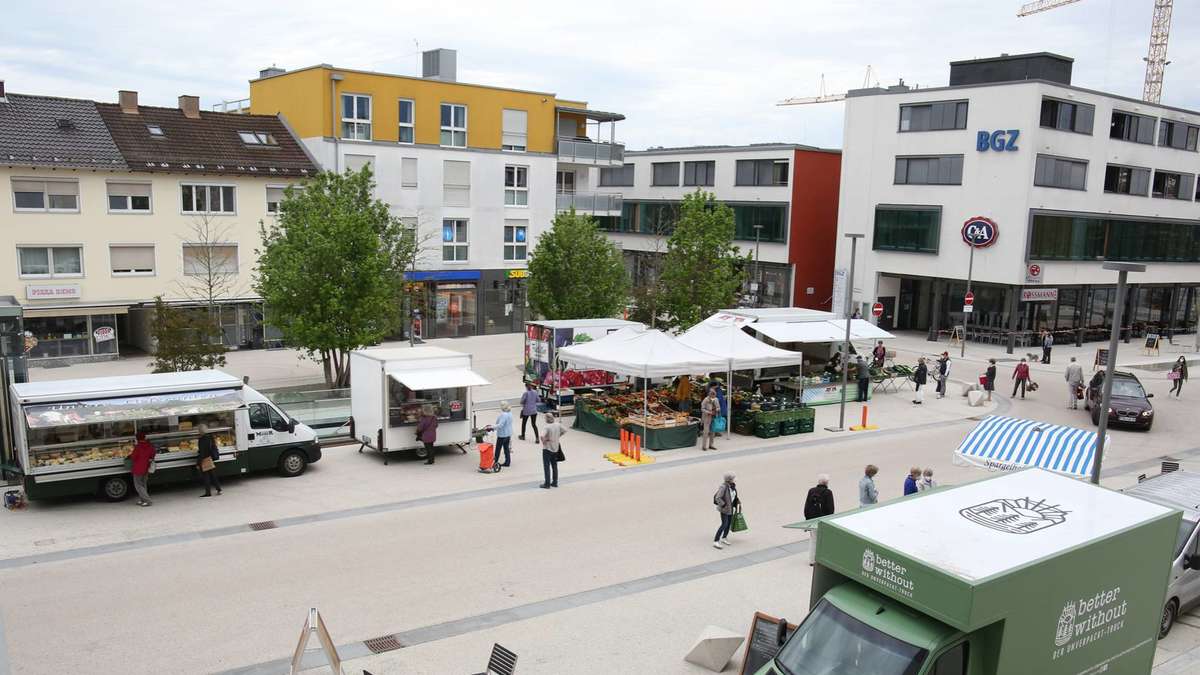 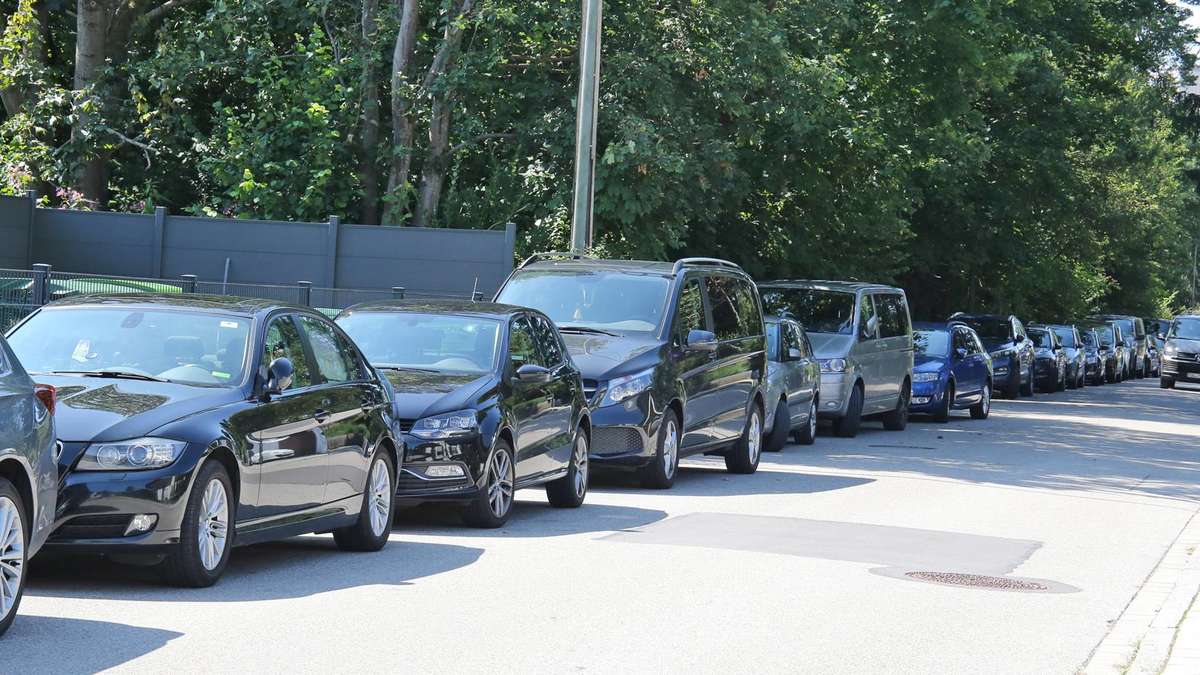 Park chaos in the fairytale forest: residents go to the barricades 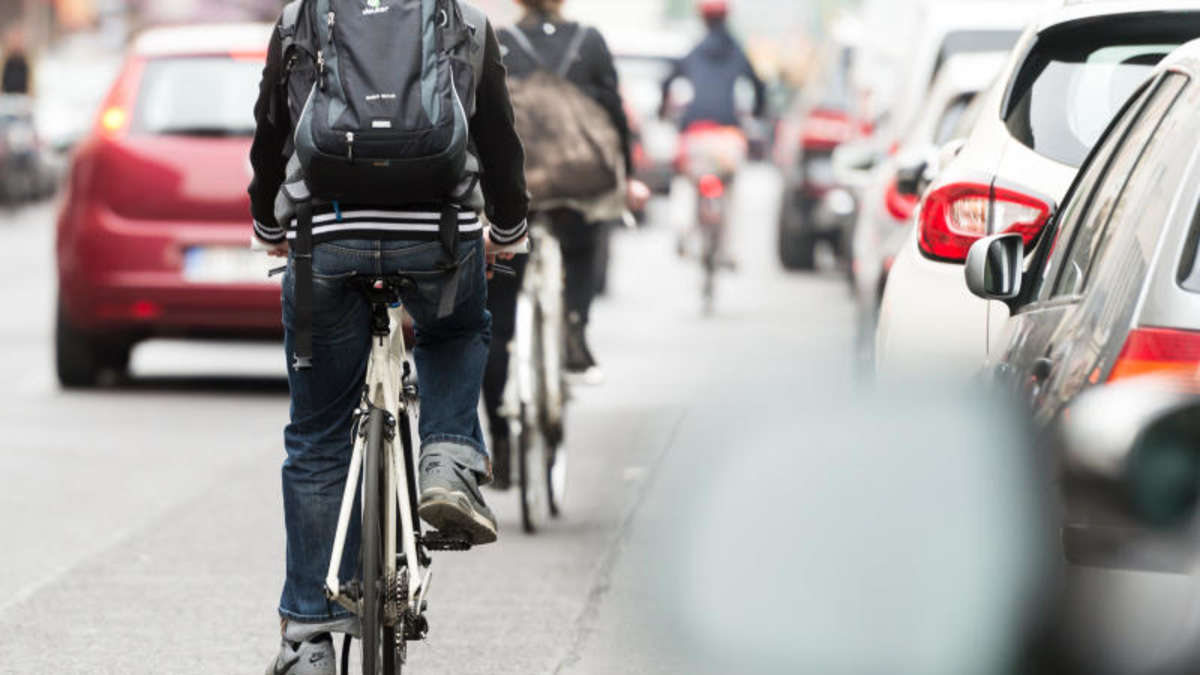 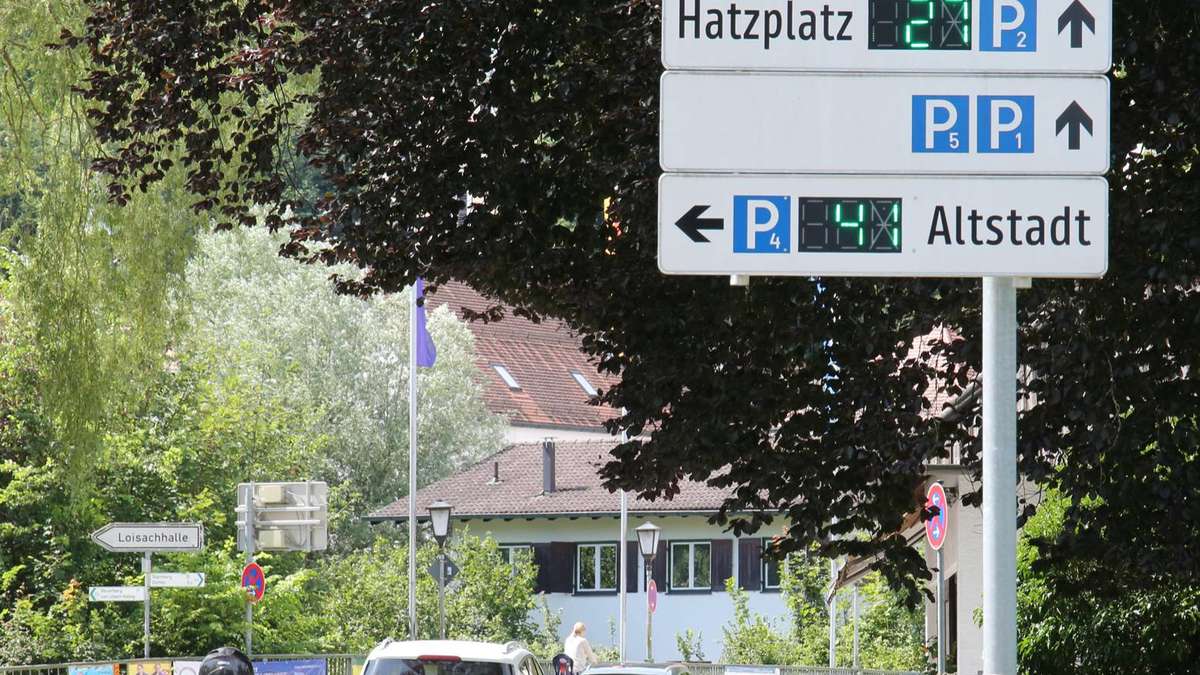 There are no more parking spaces - the city is looking for solutions, but is stagnating 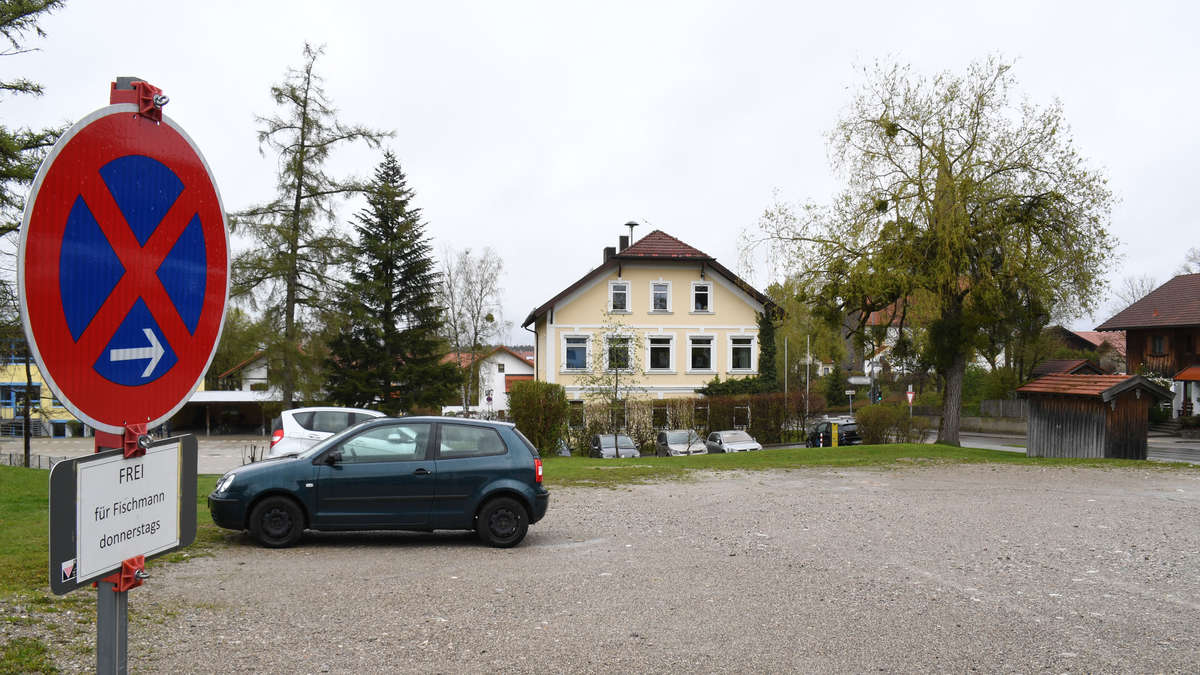 In the center of Otterfinger: mandatory parking discs are introduced