Heat, drought and the enormous amount of water used are troublesome for Dubai. In the desert state, rain is generated artificially, which now apparently led to massive downpours.

Heat, drought and the enormous amount of water used are troublesome for Dubai.

In the desert state, rain is generated artificially, which now apparently led to massive downpours.

Dubai / Reading - The United Arab Emirates have to struggle with extreme heat and enormous humidity, especially in the summer months - temperatures between 40 and 50 degrees are the rule. Another problem in the popular tourist hotspot Dubai is the high water consumption: Over three million inhabitants, numerous vacationers, hotel pools and other components of the infrastructure have to be supplied with drinking water.

Dubai cannot cope with this workload with natural means in the form of precipitation: the groundwater level of the entire emirate is falling continuously and threatens the prosperity of the people.

In Dubai it rains an average of 70 liters per square meter per year - that is statistically about a tenth of the amount determined in Germany.

However, the desert state is not lacking in clouds: rather, the great heat ensures that raindrops evaporate before they are on the ground.

Weather in Dubai: artificial rain with drones and electric shocks

For several years now, the emirates have been trying to find solutions to the stressful climate situation and are also relying on the expertise of renowned research institutions abroad.

A project on rain formation comes from a funding project of the University of Reading in Great Britain: using an electric shock to artificially generate rain.

"Cloud seeding" technology has been used in Dubai, the largest city in the UAE, since 2017.

In the course of this, chemicals such as silver iodide are shot into the clouds by airplanes, which forces the formation of larger raindrops ("cloud condensation") - so that more precipitation occurs.

But now - and this is the latest development - clouds over Dubai are being manipulated with electricity.

Menacing clouds on the Persian Gulf off Dubai.

But so far it has rarely rained in the Emirates.

, the work consisted of "examining the role of electrical charge in rain formations."

Specifically, the drought in Dubai is being fought with drones and electric shocks: The drops of water in the clouds are charged with electric shocks, which is supposed to cause them to merge.

The larger, heavier raindrops then fall more easily from the sky and bring rain and drinking water to the people on earth.

Dubai: Weather manipulation has an effect - and the natural balance?

This prophecy was fulfilled in an impressive way a few days ago: The desert area in and around Dubai was hit by massive rain showers, which apparently resulted from manipulated downpours.

According to reports, this was actually "fake rain":

describes, 126 drone flights with the aim of cloud seeding have been carried out as part of the weather tests since the beginning of the year.

Before Dubai was hit by heavy rain, there were 14 flights in which drones would have forced the rain with an electric shock.

The temperatures have also cooled noticeably in the meantime.

The regional weather service published impressions in the social networks:

When “cloud seeding” intervenes in meteorological developments in this way, the question arises as to the threatening effects on the natural equilibrium.

Professor Ambaum from Reading University explains: “You can't answer such questions with yes or no.

It is a complex problem with many subtle points of view, but which I am not an expert on. "

With temperatures above 46 degrees it glowed “like in the desert”. 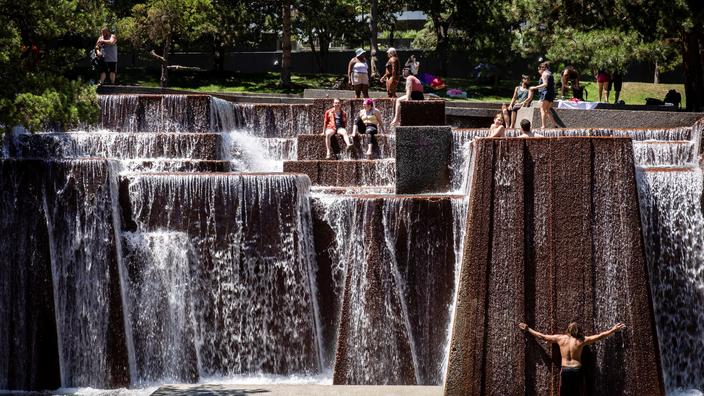 The American West under a "heat dome" 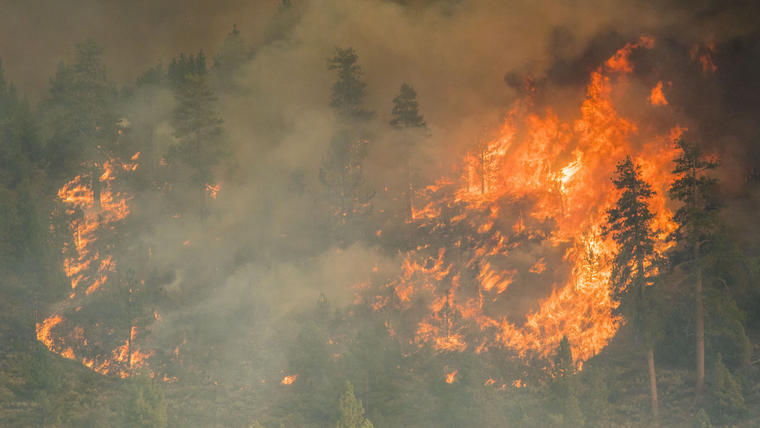 Legislative Council Assembly ︱ the restoration of rent management for the second reading Tian Beichen will abstain: no initial rent is like a fake
2021-10-20T06:59:05.703Z

Third-party vaccination: Anyone interested can come to the Freising Vaccination Center - under certain conditions
2021-10-20T06:24:07.527Z