The pass rate of the English writing paper of the teacher benchmark test is only half.

The HKEAA announced today (27th) a report on the 2021 Teacher Language Proficiency Assessment (Teacher Benchmark Test). Among them, English language writing papers with a pass rate of less than half are reminded that candidates must reserve time for proofreading and try their best to avoid 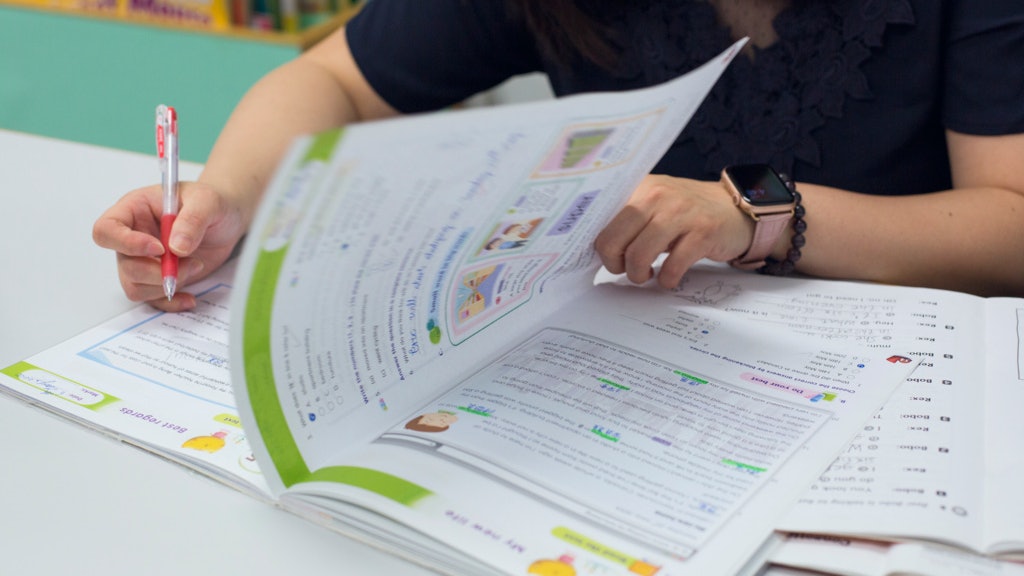 The HKEAA announced today (27th) a report on the 2021 Teacher Language Proficiency Assessment (Teacher Benchmark Test). The English language writing papers with a pass rate of less than half are reminded that candidates should set aside time for proofreading and try to avoid simple grammatical errors. Avoid using a large number of simple conjunctions (such as Firstly, Secondly, Moreover, Furthermore).

As for Putonghua, the report pointed out that prospective teachers performed poorly in listening to syllables and errors in listening. If many teachers mistakenly judged Putonghua as substandard, it is recommended to increase the sensitivity of Putonghua.

The HKEAA announces the results of teacher language proficiency assessment in 2021.

Only 48.5% of the Chinese and English subjects met the standard.

The HKEAA announces the results of the language proficiency assessments for English and Putonghua teachers in 2021.

Except for the "Classroom Language Use", the class observation assessment has not been completed due to the epidemic, and the performance of the other papers has also been released.

A total of 1,326 people took the English language test this year, which is regarded as the "killer" part of the English benchmark test. The pass rate is only 48.5%, which is lower than last year's 50.2%.

As for listening and speaking performance, they were better than last year, with pass rates of 81.1% and 71% respectively.

The English writing paper is divided into two parts: writing and correcting mistakes. The report stated that most candidates do well in correcting students' mistakes. However, prospective teachers are reminded to explain in complete terms rather than abbreviations. In addition to correct grammar, Also take into account the readability of the article.

As for the writing part, there are many areas for improvement.

The report recommends that candidates have a complete organization before writing, and set aside time for proofreading after writing to correct simple grammatical errors. It is not advisable to use a large number of connectives in the text to coherent the full text (such as Firstly, Secondly, Moreover, Furthermore) or simply flow into simple facts .

When reading the paper, you must be aware that if there is more than 1 point, the answer may have more than one focus; and the test taker must also pay attention to the above and the following, not based on general knowledge or personal knowledge.

As for Putonghua, a total of 1356 people participated this year. The compliance rate of "Listening and Recognition" in Paper 1 reached 64.6%, which is a big improvement over 55% last year; while Paper 2 "Pinyin" and Paper 3 "Spoken Language" each accounted for 65% And 76.4% met the standard, similar to last year.

It can be seen from the assessment report that in Paper 1 "Listening and Recognition", prospective Mandarin teachers have good listening and comprehension skills and are familiar with topics such as education, continuing education, fashion life and social phenomena. However, many candidates fail to distinguish the pronunciation of commonly used words. If you cannot identify "Qi", "Shao", "Clam", etc.

In addition, the report also pointed out that many people mistakenly judged Putonghua to be inconsistent with the standard, such as "get it done", "the information is here," etc. It is recommended that prospective teachers increase their Putonghua sensitivity.

In addition, only half of the people heard "beautiful" when listening to words, and many people heard "perseverance" (27.4%) or "Ili" (about 21%).

In the "Pinyin" part of Putonghua Paper 2, the report reminds prospective teachers that they should pay attention to the confusing initials, vowels and tones in the Cantonese-Popular phonetic comparison, as well as the accuracy of strokes and the structure of Chinese characters.

For example, someone misses the "er" in the word "er"; mistakes "different" for "xiangyi" and "Qing Dynasty" for "Qin Dynasty".

The principal of kindergarten was accused of asking teachers to take photos of SEN students, stripping pigs. The Education Bureau confirmed that it had received a complaint. Examples of communal questions were first announced. Liberal Studies teachers: Many official information lacks high-level thinking training. Teachers are seriously drained. Reasons for immigration: the loss of teachers is more serious than in the past. Some schools have failed to establish a home economics election committee. The number of voters in the education sector has plummeted by 98%. List of ethics calls for attention to social media comments

The pass rate of the English writing paper of the teacher benchmark test is only half. 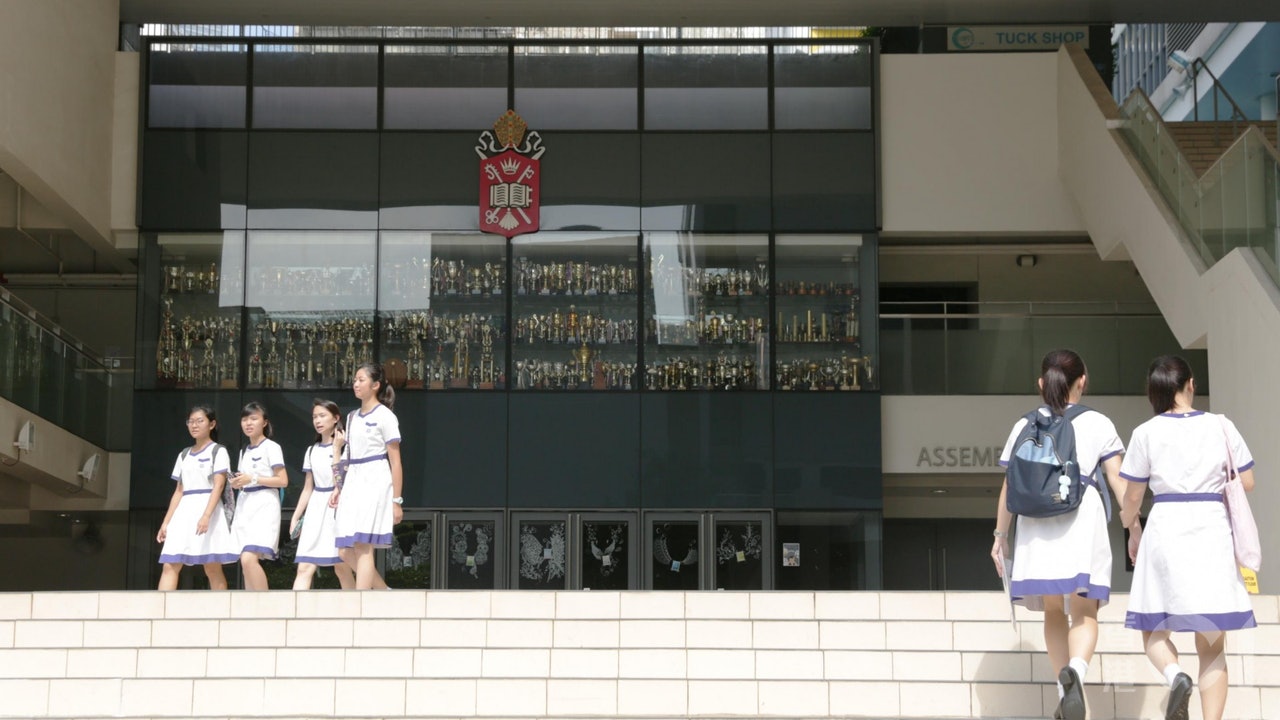 Diocesan Girls’ College and other 5 schools recruit nearly 20 direct teachers’ councils: this year’s resignation is more than in previous years 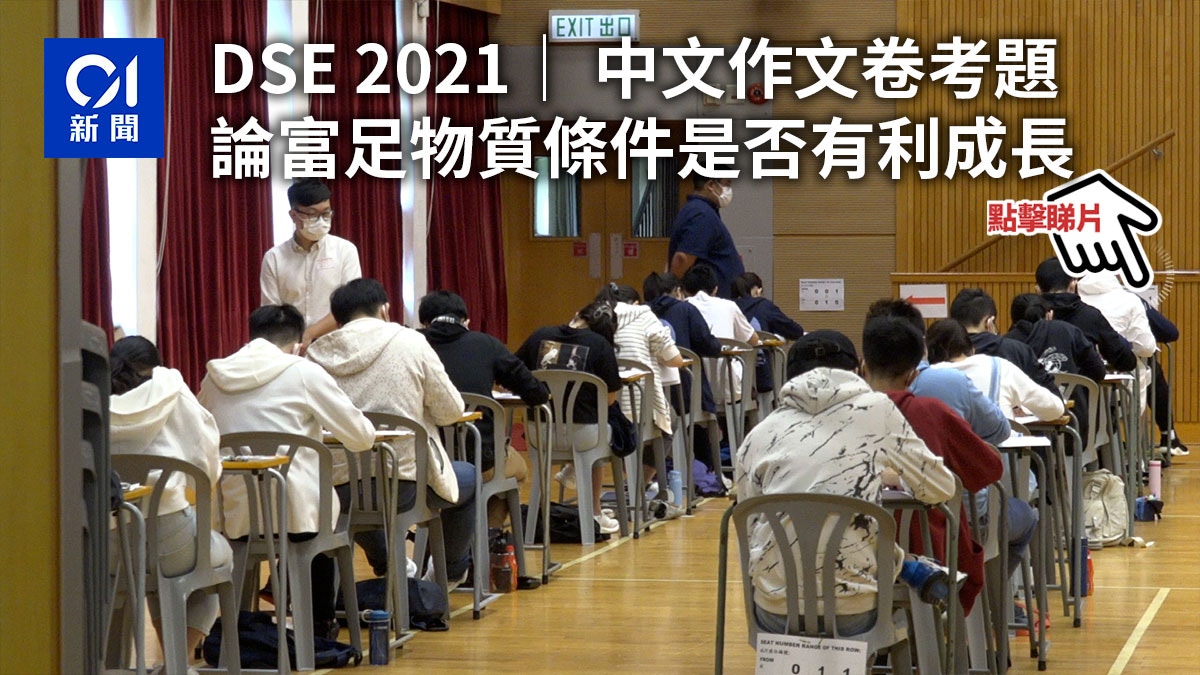 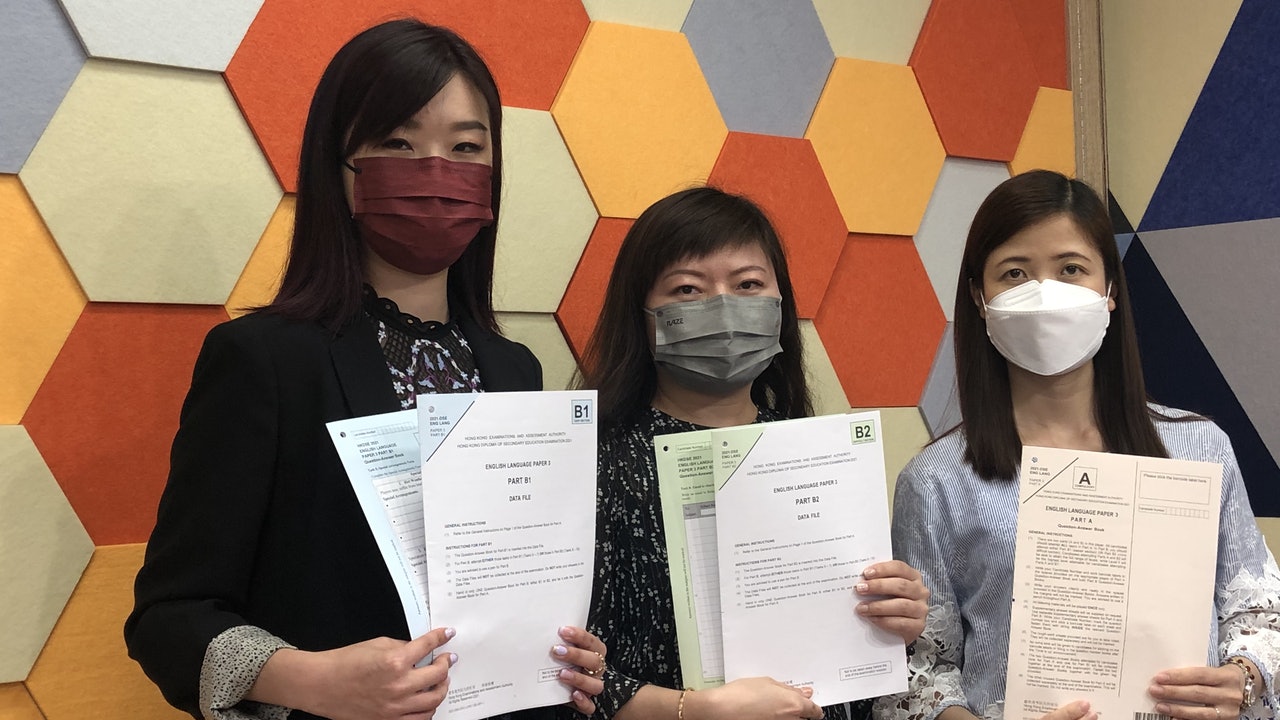 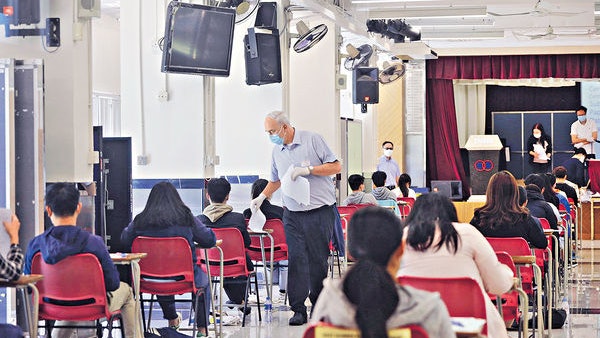 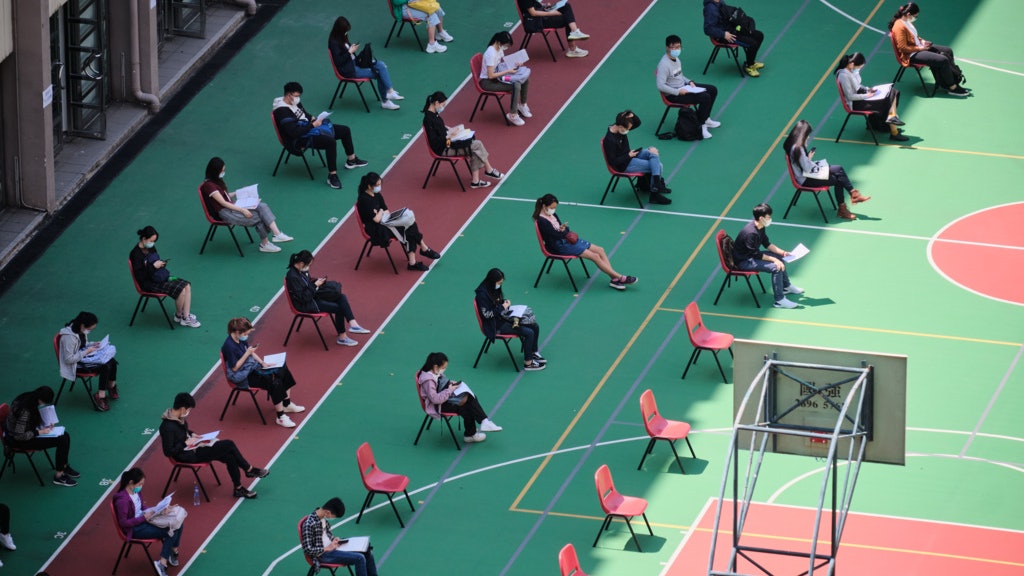 DSE 2021｜English reading and composition papers open for the exam, the principal reminds candidates to take the five important points of attention 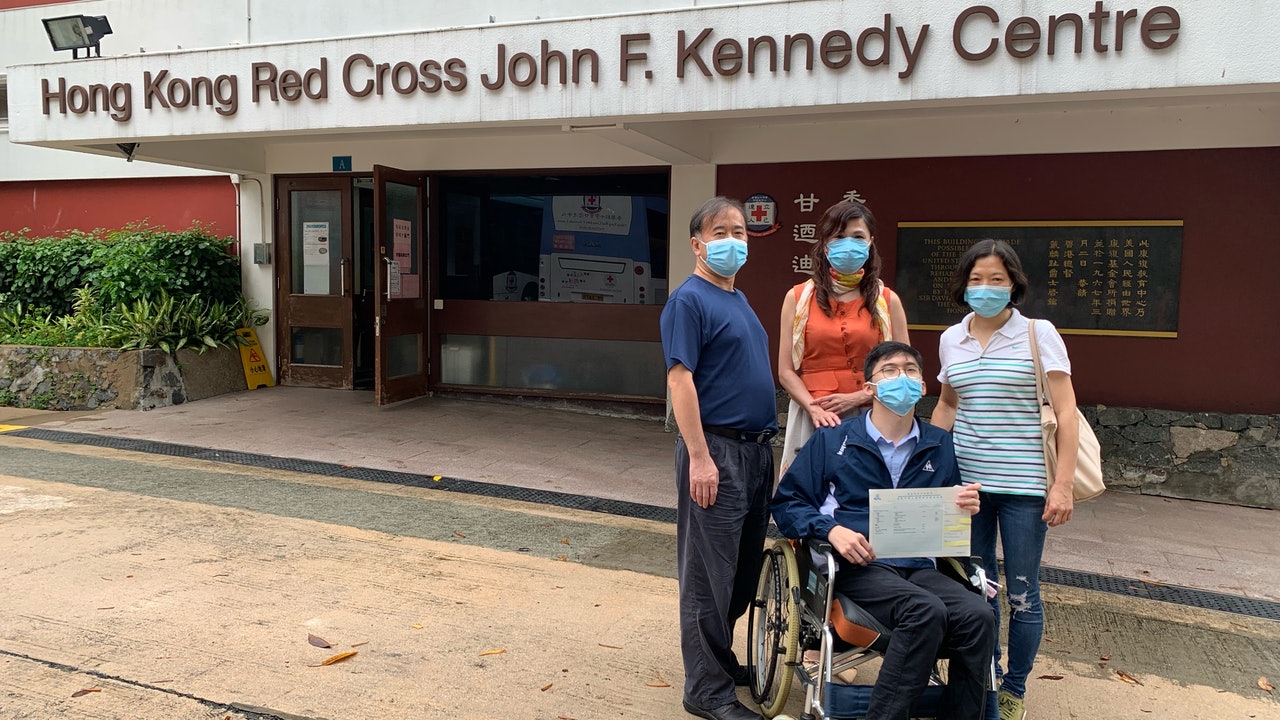 DSE puts on the list | Male candidate with neurodegenerative disorder scores 18 points. Father is proud of his son: I hope he will be happy