Thom Browne, the man who dresses Barça: "I wanted to create clothes that reflect the power of the group, which is what leads to success"

Thom Browne revolutionized the suit in blazer and shorts. Today he dressed the FC Barcelona players and created a nostalgic capsule for the club 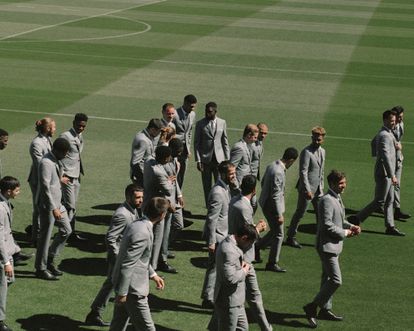 "I think they are all wrong."

Between forceful and funny, Thom Browne (Pennsylvania, 56 years old) thus discards the conspiracy theories that predict the end of the suit as a men's uniform in post-pandemic times.

He does so during a Zoom call that he attends dressed as a good ambassador for his brand, showing off the flawless gray-tinted aesthetic that has made him the king of contemporary tailoring.

The same one on which two decades ago he built his particular American dream.

Originally from the city of Allentown, in a state perhaps more prone to economists - the career in which he graduated - than designers, Browne tried his luck as an actor in Hollywood before deciding to change coasts and try it in fashion. After working in the

by Giorgio Armani and being discovered by Ralph Lauren, he launched a first collection of just five suits that he displayed in a small New York store. The suits were a mix of the old world and a bewildering future: they were impeccably tailored, but the silhouette was tight and the proportions radically abbreviated. "The only thing that has changed since then is that I am busier now," he says. “For the rest, my way of understanding work is the same. I want to make collections and shows that make people think. I have no interest in showing only clothes. That bores me. I want to tell stories that allow us to see the world in a different way ”, he explains.

- is what has made Browne one of the most famous names in men's fashion. .

For years, fashion schools have studied The Septemberists (2007), one of the first

in which Browne sang a love song to classic tailoring through dreamlike images that, beyond showing his collection for that spring, told the genesis of a suit as if it were a mythological creature.

FC Barcelona, ​​impeccably dressed as Browne, in one of the official portraits of the formation.

Since then its influence has been felt in very different strata. For example, he was one of the first designers to propose formal suits with shorts, in a tribute to schoolboy attire. And tight and fishing dress pants that ended up leading to the wave of bare ankles that has reigned with little competition for a decade. Just like the short blazers, barely halfway up the rear, of which he pioneered.

Although his identity is still linked to the American imaginary, in 2018 the Italian group Ermenegildo Zegna, one of the champions of luxury menswear, acquired 85% of his firm, which gave him a privileged position in an increasingly industry global. Part of the fault is his relationship with the first team of FC Barcelona, ​​whom he has seen for three years on his trips, as well as his latest capsule collection for the entity. With the aim of raising funds for the Barça Foundation, the designer has devised shirts, scarves, various accessories and, of course, a suit, which combine their aesthetic characteristics in a Blaugrana key. "I wanted to create garments that reflected the power of the group, teamwork, because that is what truly leads to success," says the designer.

Browne is convinced that the sports stars he saw, from Leo Messi to LeBron James, “are increasingly aware of fashion, they enjoy it and appreciate it.

It's like a nice distraction outside of his professional world. "

Browne's clothes don't outshine the superstars who wear them.

“I want people to see the person.

That they appreciate the work and the effort that it has cost them to get where they are.

I think it is important that the new generations are aware of this ”, he argues.

FC Barcelona player Samuel Umtiti, with the capsule collection that Browne has designed for the club.

A sports fan since his parents made sure that he and his six brothers spent their time practicing one - "in my case it was swimming, it was like a kind of babysitter" -, the designer remembers a trip to the Olympic Games in 1976 in Montreal as a recurring inspiration. “They were less professional, but it was very beautiful to see athletes like Caitlyn Jenner or Nadia Comaneci walking through the public. They had something very innocent and very free, ”recalls the designer, who recognizes the intrinsic competitiveness of sport in his own work.

The most recent reference to that childhood experience appears in his collection for this season, which includes a mythical Olympic motto: "Let the Games begin." An applicable wish, after the dark times lived due to the health crisis, not only to the catwalk but also to life. "We must continue to be responsible and respectful, but I think it is time to aspire to live again, to appreciate what we had and what we have learned in this time," says Browne.

Tinted in a hopeful white –one of its fetish colors– from start to finish, the proposal demolishes gender stereotypes with floor-length skirts that are mixed with jackets of different proportions, in addition to the distinctive suits of the house, the result of a almost infinite reinvention in each collection that might seem alchemy, but whose creative process he prefers to simplify: "Sometimes it's as simple as closing my eyes and thinking about what I want to do." 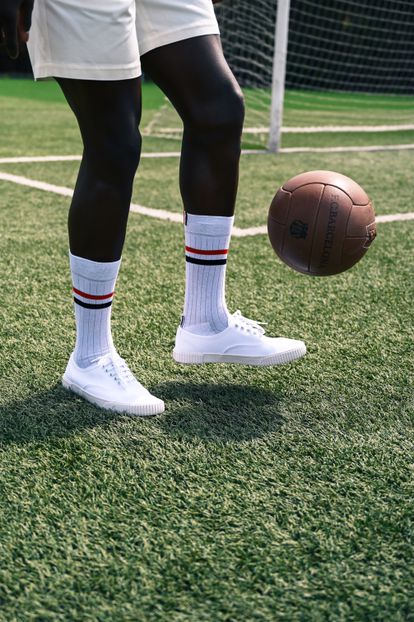 Thom Browne, the man who dresses Barça: "I wanted to create clothes that reflect the power of the group, which is what leads to success" 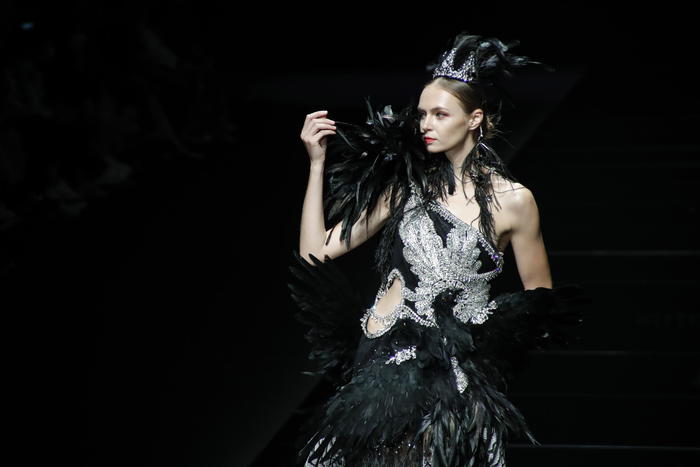 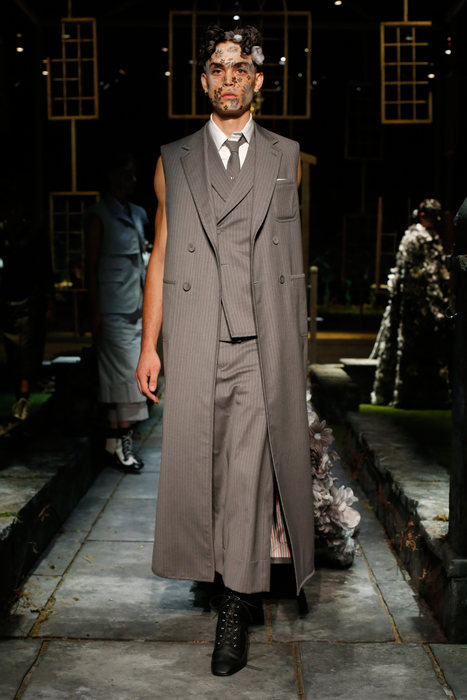 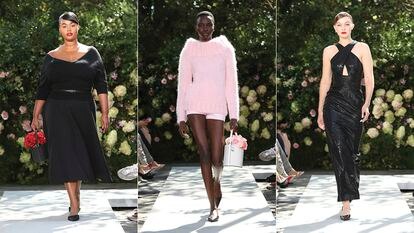 New York fashion week or the runway that was reborn twice 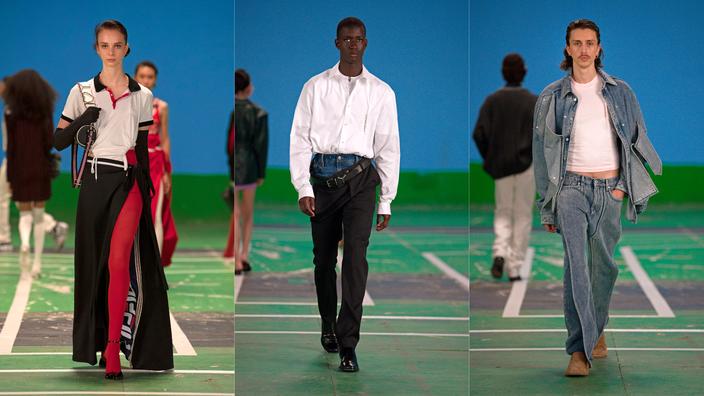 At Y / Project, Glenn Martens' ultra-creative fantasy is all the rage

The designer who combines ultra-Orthodox modesty with sexy secularism: "Girls will want to put the money here" - Walla! Fashion 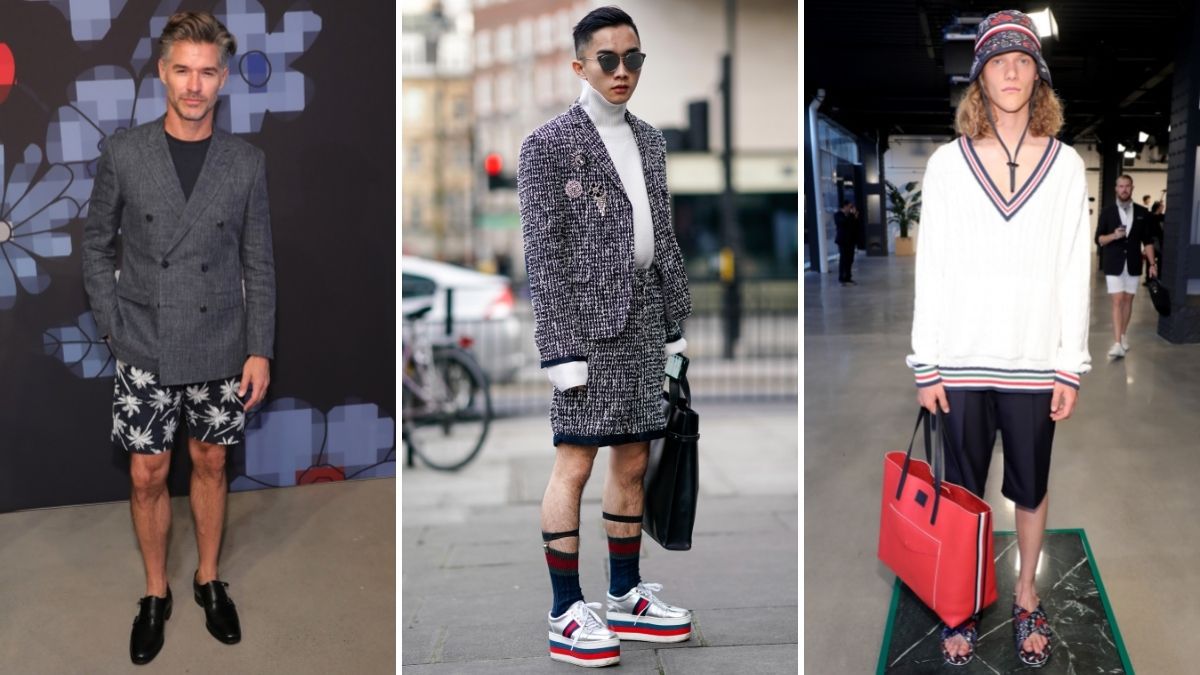 The shorts dilemma comes to the office 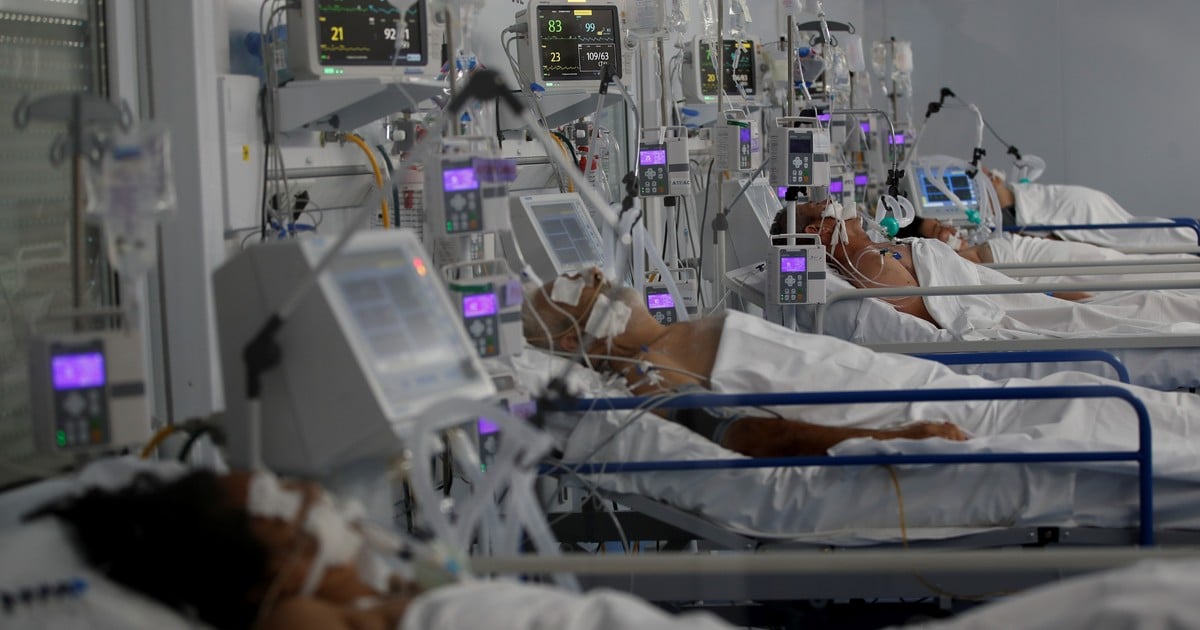