The man who makes tropical water lilies bloom in Madrid

Thanks to donations from Tomás Escribano, visitors to the Royal Botanical Garden can enjoy every summer since 2018 the Nymphaea collection from the oval pond 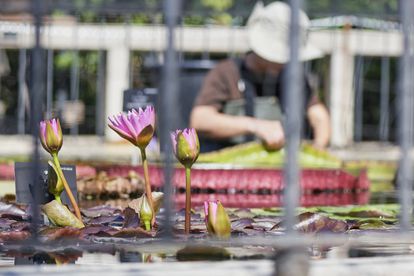 Few people can pinpoint the exact moment when their life turned upside down.

It happened to Tomás Escribano (53 years old) in the botanical garden of the city of Caracas, 15 years ago, while he was visiting him on one of the mornings free from his job as a cabin crew member of the Iberia company.

"All because I preferred not to go sunbathing like the rest of my classmates," he says, smiling to himself.

There, the scientist Miguel Castillo - who would soon become his friend - showed him a kind of

He was the one who taught her that the ideal temperature for this plant should be 20 degrees, no more, no less.

Also that it is capable of supporting up to 50 kilos, and that its ephemeral flower lasts two nights, during which its sweet pineapple smell permeates everything.

This experience germinated in Escribano the idea that growing them in Madrid was possible, and he did so.

Thanks to your selfless donations, visitors to the Royal Botanical Garden can enjoy every summer since 2018 the collection of water lilies from the oval pond.

Last year was the first time that a specimen of victory flourished in Spain.

It is often the passion and experience of fans, in the best sense of the word, accumulated over a lifetime that makes the hobby greater.

For Escribano it happened this way.

This man from Barcelona came to Madrid during adolescence, when he began to grow plants on his own.

“Then I played with my mother's geraniums, I made them as grafts.

He gave the cacti injections of fertilizers, but it only gave them bald spots.

I had a great time, but poor plants, ”he says.

As a result of his stay in Venezuela, he resumed his interest in biological sciences, a career that had begun at the Complutense University years before.

, the largest club in the world of fans of these plants where they carry out competitions between specimens.

He is one of the greatest experts in water lilies in Spain and is the only representative of that nationality in the International Waterlily & Water Gardening Society, the largest club in the world of fans of these plants where they carry out competitions between specimens.

But what is special about these plants?

The variety of colors, shapes, patterns.

Some brindle, others reddish, green, wrinkled, or even jagged.

“The flowers of the water lilies have always fascinated me, they are like roses, who does not like a rose.

Well, maybe not me because they prick, ”he jokes.

Also the entire aquatic ecosystem that forms around a pond.

“It is something alive that always changes.

You have to have fish and frogs for the mosquitoes to eat.

One day a water lily flower opens, the next day another.

There is always something interesting to see in a pond ”.

The increase in temperatures in recent years, due to climate change, has made it possible to grow these tropical plants in Spain, but has also endangered these ecosystems.

“A lot of lakes are drying up,” Tomás admits.

“For this reason we play, like bees, to pollinate a specific plant with the pollen of others and the seeds that come out produce new hybrids.

I already have my own registered.

I am very excited".

The time of the flowers

It's nice to see him when he arrives at the botanist's oval pond around 11 in the morning, when the water lilies begin to bloom. Once there, he kindly talks to the caretakers about the color of the leaves and analyzes the compost they need, then sets up his camera to record the entire awakening. Sometimes she also dresses in a wet suit, which looks like a strapless version of beekeepers' attire, and wades into the water to inspect her girls for nothing.

He began to collaborate in the Real Jardín Botánico de Madrid four years ago.

“It was winter, I came here for a conference and the director at the time asked me for help.

I explained to them that I had many plants and that I had no problem donating them and advising them to grow them ”, he explains.

So he donated about 18 copies, but the number has grown to 25 this year.

“That first year was a shame because the ducks ate all the water lilies, I replaced them with others that I had at home but I had brought the best ones.

Since then we have put a network ”, he says sadly.

View of the water lilies in the oval pond.Antonello Dellanotte

For this expert, the ideal would be for the Botanical Garden to have a covered pond, as is more common in northern Europe, and thus maintain a collection permanently. "In Madrid we have many hours of sunshine and with solar panels we could heat the water at minimal cost," he explains. Until then, he has been preparing the tubers himself since February in his own home.

“My dream had always been to have a garden with a house and now what I have is a house with a garden. Now I have about 200 water lilies. Before I lived in a flat and what I did was leave my plants on my friends' terraces, ”he says. Maintaining an optimal temperature can be a headache for botany. When he moved home, the first thing he did was build two ponds and a greenhouse with an aquarium. “The seeds that he bought in France germinate at 32 degrees and with the cold of Madrid it is impossible for them to do so outside. Even less with Filomena, as we have had this year ”, he says.

Escribano keeps her small water lilies until the July heat hits and takes them to the botanical garden. “Then I pick them up again in October. Every year I get surprises because they are getting bigger and bigger. It is global warming that is delaying winter ”.

His work as a cabin crew has allowed him to see places and people that he would never have otherwise done.

He tells it while pointing to one of the flowers in the pond.

It is a hybrid called

, whose white and blue stripes seem to be made with a pencil.

“It is unique, only I and the creator have it in Mexico, whom I visit every time I go.

He was kind enough to give it to me and send it to me by mail with the necessary permits ”, he says.

In each of these encounters with botanical intentions, both time zones and the love they feel for water lilies converge.

For him this hobby does not allow retirement: “The water lilies give me life.

They make me happy"

The man who makes tropical water lilies bloom in Madrid Flowers in violet: the best places to overwinter ornamental lilies 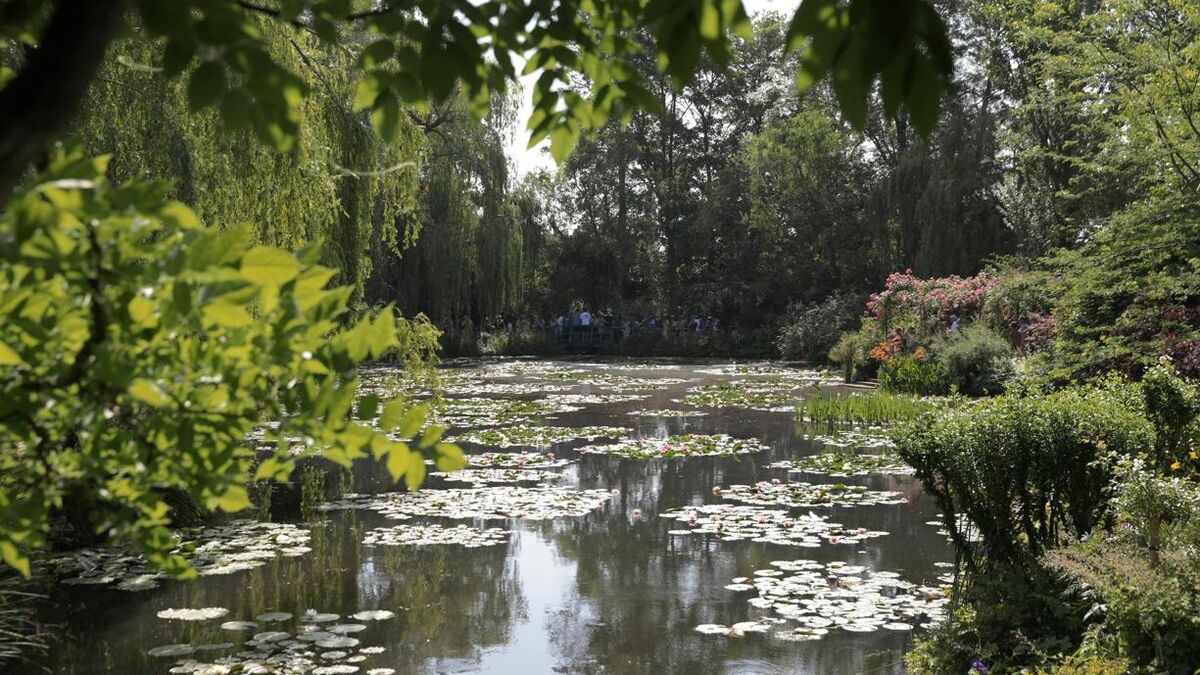 New exhibition on the gardens, reopening of the Monet Foundation: a green Sunday in Giverny 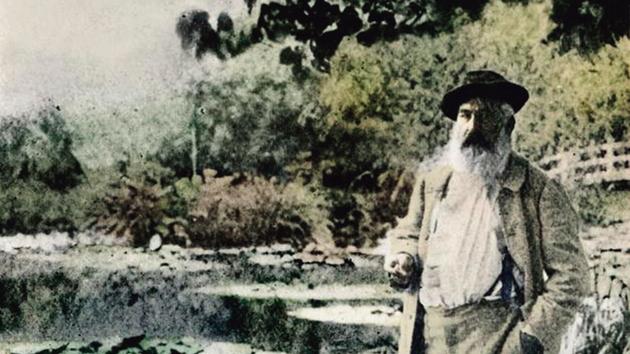 Monet's gardens, a rebirth for eternity 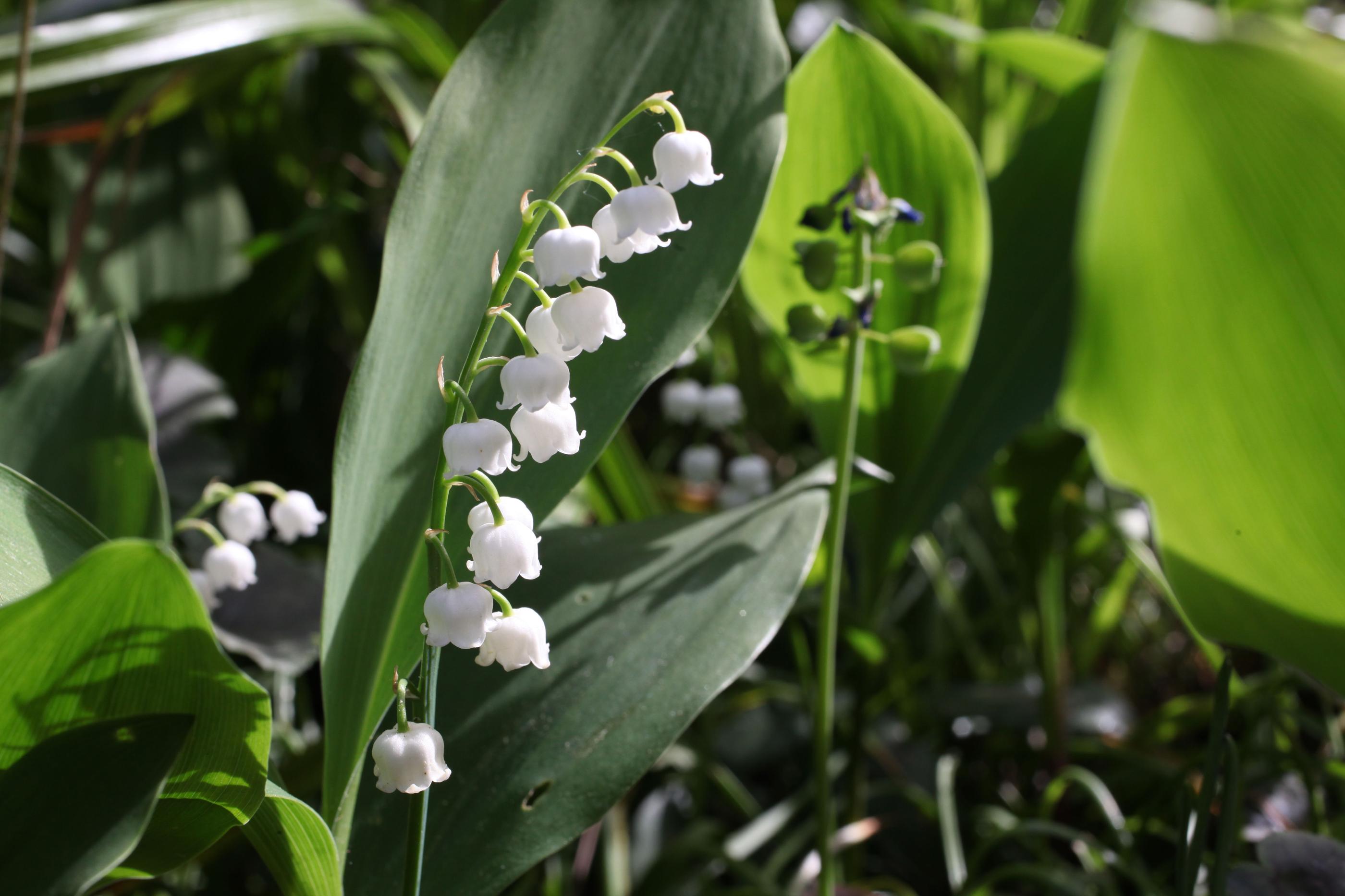 Is May 1st lily of the valley a little, a lot or not at all green? 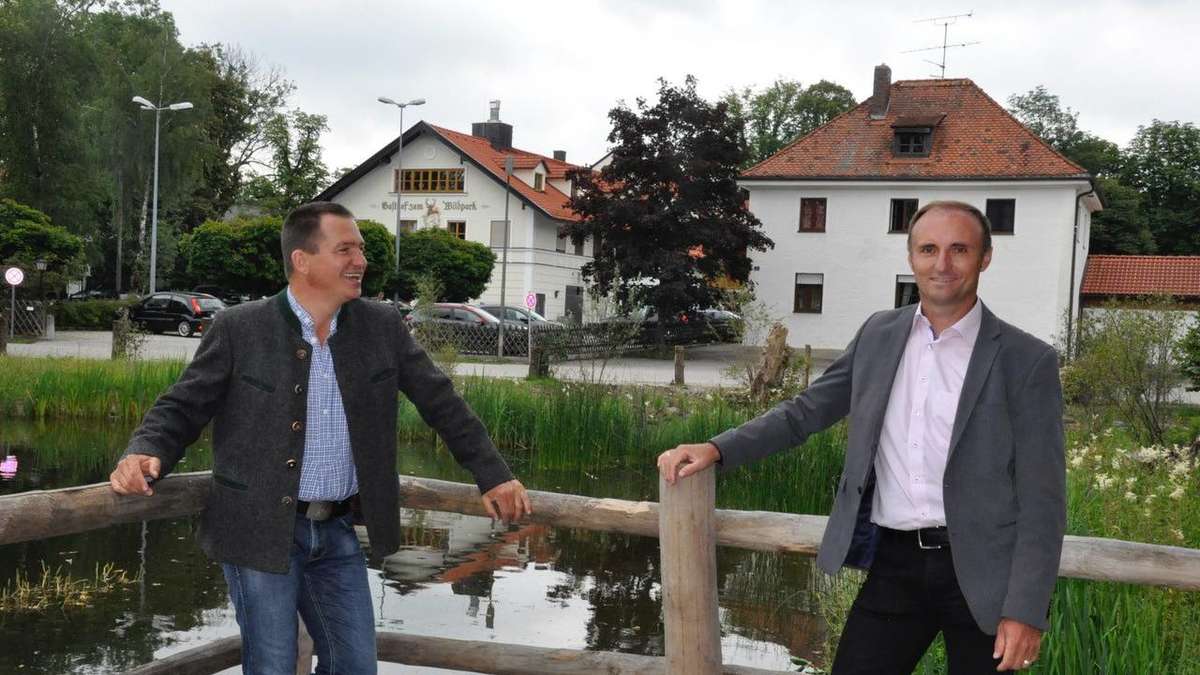