Experience report: This is how it works with corona air filters in a school

Air filter yes or no? The debate about the usefulness of the devices is sometimes highly emotional. Not so in Eichenau: The Josef Dering School was the first school in the district to purchase such devices as early as December 2020. The first conclusion is positive. 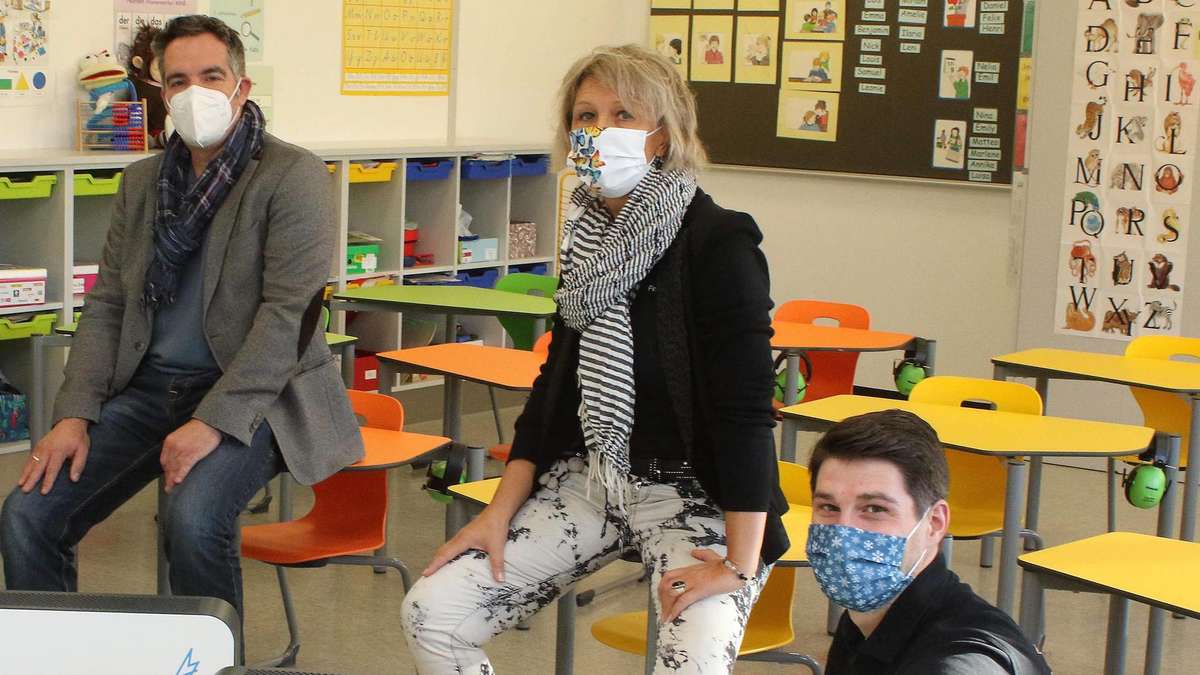 Air filter yes or no?

The debate about the usefulness of the devices is sometimes highly emotional.

Not so in Eichenau: The Josef Dering School was the first school in the district to purchase such devices as early as December 2020.

The first conclusion is positive.

“Anytime and again.” This is how Rector Sandra Doriat answered the question as to whether she would equip the classrooms of the Josef Dering School with air disinfection devices again.

The experience there since the purchase in December 2020 is relatively low because the children only returned to the classrooms after the school closed when the temperatures outside rose again.

But Doriat can definitely refute the argument of noise development, which is used in many places against air filters: “It doesn't interfere with ongoing lessons.” Little has changed in the ventilation behavior in the classes either.

Ventilate when oxygen has to be supplied in the rooms - regardless of Corona.

There were no comments at all from the girls and boys, according to Doriat.

"And the parents have indicated their approving stance by showing great willingness to donate."

It was financially possible to purchase a total of 23 devices from the school's development association with 15,000 euros and the parents with donations of 7,500 euros. The community put the same amount on top. This was necessary because these devices are not funded. "We did this to protect the children as best as possible," said Doriat at the time at the presentation of the UV-C systems from Limelight Innovations from Gilching.

Air filters are also viewed positively in the community.

Mayor Peter Münster (FDP) confirms Doriat's statement: “At any time and always.” It is generally useful to be able to offer additional protection for future waves of bacterial and viral diseases, Münster said on request.

"In this respect, the purchase of the devices can be assessed positively." There were no maintenance cases.

Nevertheless, Münster fears that the current development with increasing incidence numbers will make school closings necessary: ​​"Despite statements to the contrary by the Bavarian state government."

At the beginning of the year, the municipality of Eichenau procured air filters for basement rooms in the Starzelbachschule as part of a funding program: “You can't ventilate there,” explains Münster.

At least the Starzelbach School is fully equipped with the so-called Corona traffic lights.

However, it is currently being examined, according to Münster, whether air cleaning components can be installed in the course of the energetic renovation via ventilation and air conditioning systems.

This could then be done as part of a federal funding program, said Münster.

“A decision on this will be made in the coming months.” This has already happened in the neighboring town of Olching.

With the air filters currently being discussed, the market situation is confusing. Delivery times would currently be between six and ten weeks - regardless of all formalities such as an EU-wide invitation to tender for an order value of EUR 214,000 or more. In the large district town of Fürstenfeldbruck this was circumvented by dividing the order.

Experience report: This is how it works with corona air filters in a school Not an issue at the Corona summit? Baerbock calls for focus on students - and a "political promise" “We should take a look at it first”: Hallbergmoos does not want to rush into anything in the air filter debate