We go through the oldest ravine in Tenerife, a path as beautiful as it is demanding from the Masca hamlet to the sea that has reopened after three years closed 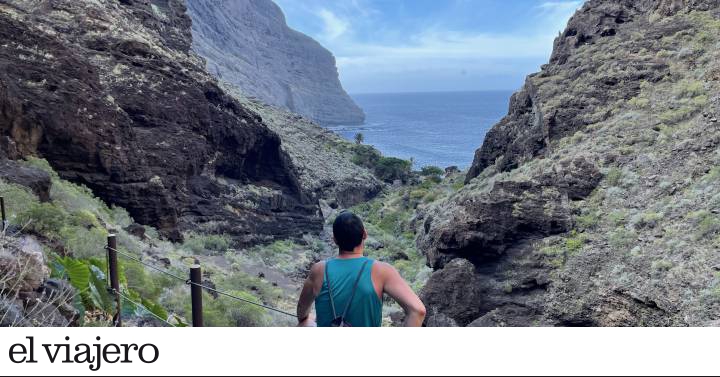 A group of Canarian crows receives the dawn on the cliffs of the northwest of Tenerife.

Perched on the remains of an old building, they guard the narrow and winding access road to the rural park of Teno, a steep and cut terrain that descends towards the ocean and in which rocks of wild and challenging beauty emerge.

This is one of the oldest parts of the island: it was formed millions of years before Mount Teide, whose origin dates back to about 170,000 years ago.

The passage of time, the sea and erosion have created a unique natural architecture: "It is a genuine place, with a physiognomy totally different from the rest of the island", points out Judith Fernández, director of the park.

enlarge photo The hamlet of Masca, in the rural park of Teno (Tenerife).

Although several ravines connect the area with the sea, Masca is an icon. It connects the hamlet of the same name, at an altitude of 650 meters and an asset of cultural interest (BIC), with the Atlantic through a demanding five-kilometer route between old lava piles and old basalt columns. A path that was opened centuries ago by the Guanches, inhabitants of the island until the 15th century, when it was conquered by the Spanish. The aborigines settled in this rugged area due to the presence of water. In fact, very close to the Masca village there is a powerful indigenous archaeological site: the Pico Yeje area, also BIC.

To take advantage of the fertility of the lower and less steep lands, first the Guanches and then the Canaries descended the ravine. They went down, cultivated and climbed almost daily with their animals. They also made the descent to benefit from the sea: both their fish and shellfish as well as the trade and barter that they carried out with the boats that arrived in the area. Its purpose, like that of other ancient and winding roads that run through the Teno, was that of communication and survival. A use that declined with the opening of the TF-436 road that forms the backbone of the park and which was built between the sixties and eighties.

The beautiful hamlets that defy the verticality of the area first attracted climbers and hikers. “Strong tourism started around the year 2000. From being a little-known area, it became the second most visited enclave on the island only behind Teide”, explains Manuel García, Teno's environmental agent. From receiving a handful of hikers and mountain fans, Masca went on to welcome almost a million visitors a year. "A very high pressure for an ecosystem like this," he points out. Also a risk for those who ventured to furrow the steep route that concentrated rescues and incidents. The ravine closed to the public. Three years after the closure, and an investment of close to one million euros to prepare the itinerary, on March 27 the Masca ravine received its first visitors.The walk starts with a steep descent of about 200 meters (on the way back it becomes one of the most demanding sections) that ends at the bed of the cut through which fresh morning air runs. If from the top you can see the profile of La Gomera over the sea, once inside the ravine the imposing vertical walls give one the feeling of having diminished to become a tiny being.

enlarge photo The pier on Masca beach, the finish line after a five-kilometer descent.

The croaking of a frog, splashing in a small pool of water, puts the musical background into those first steps.

At the top, the Canarian crows watch over the area.

More difficult to see, and more coveted by ornithologists, is the guincho or osprey.

Seven pairs live on the islands, according to the last census carried out in 2018, and one of them nests in this part of the Teno.

“We are following up within the winch recovery plan.

Mass tourism and uncontrolled by the cliff was also a problem because it passes right through its nesting area, "explain those responsible for the rural park.

The footsteps, the voices and the aroma of the sandwiches of the walkers arouse the curiosity of the wild goats.

Perched in impossible places or stationed in the shadow of some hollow, they observe the bottom of the ravine with a certain indifference.

Their bleats, which echo through the narrower sections, give clues to the areas to avoid: the goats move gracefully over the rocks, causing stone debris to fall onto the path (hence the obligation to wear a helmet ).

Timidly, and as the road approaches the sea, the walls of the ravine open up. Halfway through the excursion (which has new signage, there is a pole every hundred meters, as well as protective beacons and grab chains in some sections), old orchards begin to appear, such as Los Gorrines. In them almonds, potatoes, cereals or peas were grown. The latter, a legume typical of the Canary Islands that was used in crop rotation to promote soil recovery during fallow. It has been on the verge of disappearing, but has resisted thanks to the efforts of some local farmers. The onion from Los Carrizales also resisted, a vegetable typical of Teno with a sweet flavor and crunchy and juicy texture.

An impressive stone arch, which will delight fans of social networks, announces the last section. The sea is not only glimpsed between the cuttings, but is beginning to be felt: to smell and almost to be heard. Shortly before reaching Masca beach, a huge cave forces us to stop. Pirates and hippies have taken refuge under its walls, depending on the time. After five kilometers of descent, the ocean gets wild and raging. You can measure your strength by approaching the jetty. Also take the opportunity to cool off with the salty drops in which the waves explode when they hit the structure. You have to regain your strength for the climb, which is difficult at times. But the way back offers a completely different face of the ravine and of great beauty,with the sea at the back and the mountains in which the walk began as a new goal. 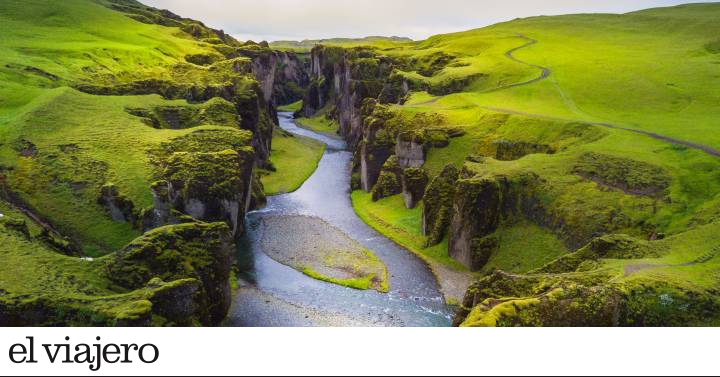 The most spectacular gorges in Europe 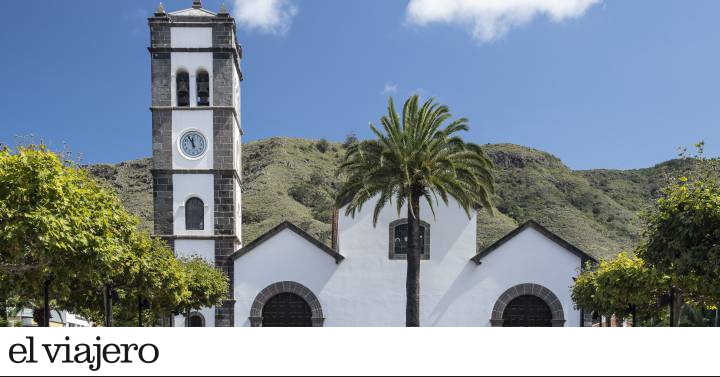 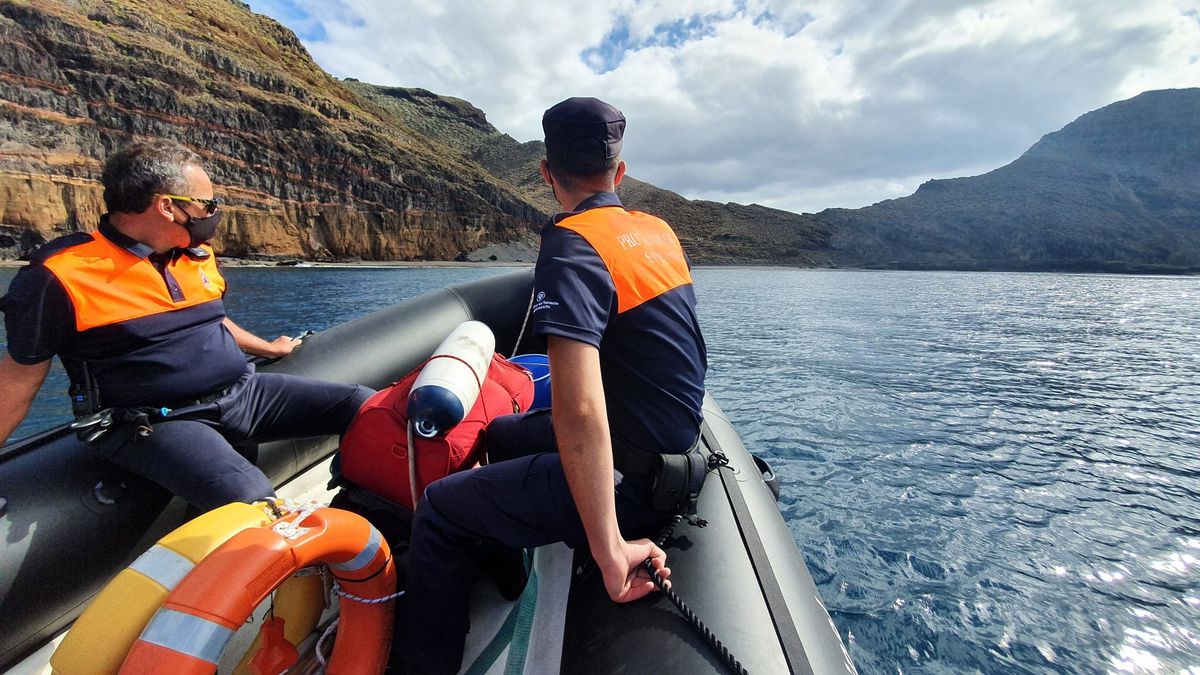 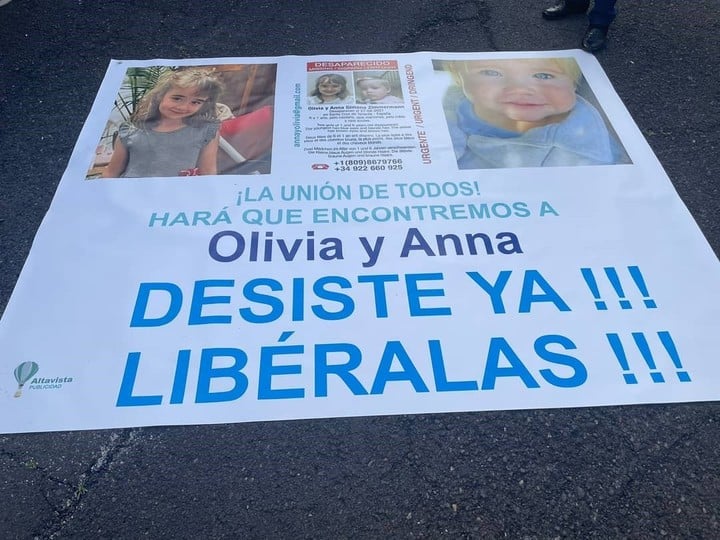 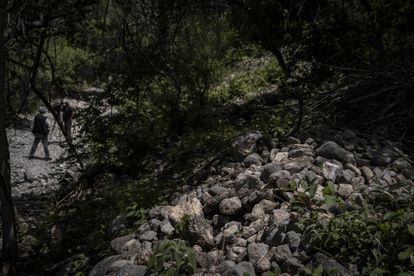 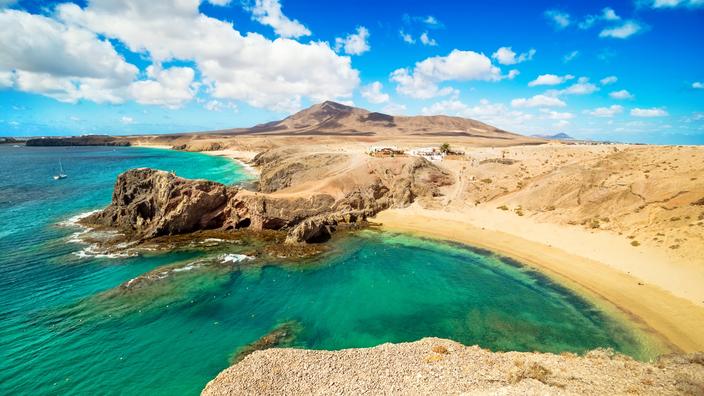 Our selection of the best beaches in the Canary Islands 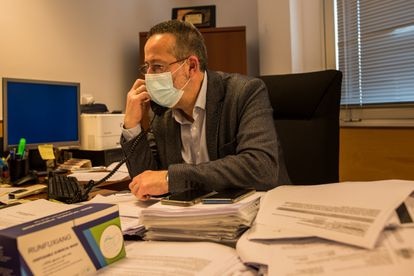 The dead bodies of the Canarian route