What does the exact copy of Gutenberg's Bible look like and how much does it cost?

It is a reproduction of the one from the 15th century. What was the printer's secret and how he tried to preserve it. 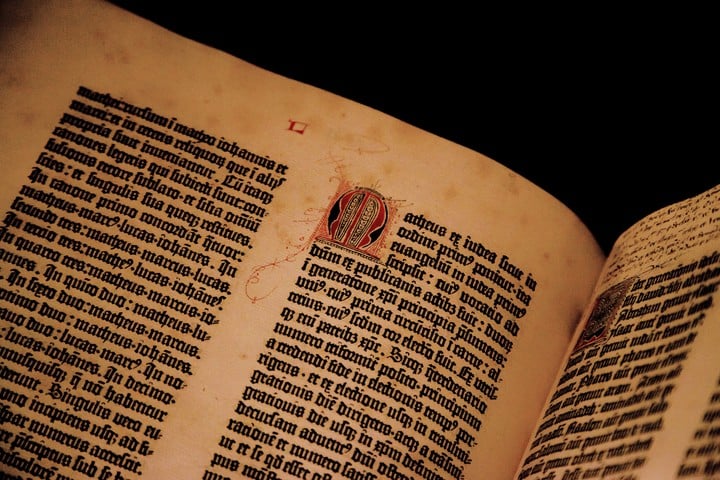 A book stands out among the windows of Corrientes Avenue.

It is not just any book

, it is a work inspired by the most important incunabula in literature: by its history, by its

and by its cultural repercussion through years and years.

is any book printed during the 15th century.

This, in particular, is

a replica of the first book printed in series:

, also known as the

A standing white box, which stands out among smaller and more limited books, makes the copy of the Taschen publishing house look larger.

Inside the box are two hardcover volumes,

meticulous reproduction of the original text

, belonging to the Göttingen Library, one of the few complete copies available.

The original is printed in Latin

, on vellum (a type of calfskin-based parchment with a smooth, thin surface).

The Taschen edition is 1,282 pages long and also contains a booklet with the investigation into

and Ulrich Helmasperger's notarial deed, which is

testimony to the invention of the printing press

and his first product.

Why in stained glass?

The connoisseurs of books, in front of the window, could have several questions about the decision of the bookstore to put that copy in the window,

will it be because of the recognition of the title?

Or because of the demand for such a special work?

Like those stories that old booksellers tell about the long-awaited issue, which prompts them to eagerly open each box, as if the best of gifts were kept inside.

It would be easy to imagine the bookseller, excited, taking out the books,

carefully and, finally, opening the book with caution, to leaf through it slowly, without opening it too much

so as not to mark the page

... But, in this case, the story told by the bookseller in charge of the premises is quite different.

Temptation to the step.

A reproduction of Gutenberg's Bible, on Corrientes Avenue.

“The decision to put it on the window is

a couple of copies

, and even less in a pandemic, because it is an imported book.

Every two weeks or so

, someone comes to consult for him

They ask a lot to be a book that does not have a great outlet.

But it is sold.

Anyone would think that a replica of this quality and care would cost no less than 30 thousand pesos.

Even cheaper than a jacket with no history and little future.

What was the question

to make his own business decision, the one that led him to make a difference?

What was your original goal?

Has your gaze been on the reader's need?

From his creative and visionary position, he understood that his invention

would bring reading to the hands of the people

, when until then it was only reserved for the clergy.

It took the monks ten years to finish copying a copy, as they wrote and painted it by hand.

It was hard work, painstaking, creating unique specimens ... but on a small scale.

a manuscript cost about six

After the invention of the printing press, that cost was reduced to

(with a book imported today, in Argentina, it is more than that).

Reproduction of the Gutenberg Bible.

a revolutionary act, making it possible to create more copies at a lower cost, and thus expanding the market.

Such was the success of his publishing project that

the copies were sold before they were finished

, what we now know as advance sale.

That his first project was the Bible could also be a

The Church, in the 15th century, was an influential institution.

undoubtedly clear that there was an audience that would appreciate the editorial gesture (although the term was not known at the time).

The monasteries did not have much money

, and the handwritten Bibles were of great value.

Gutenberg knew that need, so he printed 180 copies.

to a wealthy family

, which allowed him to study at the monastic school in Mainz and develop the

The knowledge of the blacksmith

What he did to start

was to tear up an entire book, separating each word, each period, and each comma.

This is how he

pieces that had different letters and symbols engraved on them.

more than one hundred thousand types that would be reusable characters

, made with a metallic alloy that was, without a doubt, his greatest contribution.

his knowledge as a blacksmith

, he found the perfect alloy, ductile and resistant at the same time, which is still used to this day.

And it is that the Chinese already had the printing with "sinograms" made of wood, bamboo, bone or ceramic

for the printing of characters

merit was not there

But he knew that

the material used to wear out over time

, and that gave him the kickoff to find the ideal material with which to create his types.

A replica of Gutenberg's printing press.

working on creating the printing press in Mainz, in

were rethinking the method of writing to make printing easier,

reducing tens of thousands of characters to just twenty-eight

first arrived at the ideal solution: he engraved each inverted letter on a piece of metal, and then on a soft copper cube that marked a silhouette of the letter.

This silhouette is what is known as a matrix, and it was the basis for creating molds made with cast lead (movable type).

The next step came from the hands of

another of his inventions

: the manual mold, where they placed the molten lead and, when opened, the piece came out ready to be used.

This gave him the possibility to create the letters that were necessary so that the typesetter could compose the lines of the text.

When the phrase mirror was ready,

, made with soot, varnish and albumin, a formula that

built inspired by the one that was

used by winegrowers of the time

Finally, the final step was in the hands of the

, who painted the letters and illustrations with colors.

Thus, although the books were mass-produced, they made them

With each brushstroke of the illuminator,

and each copy had its own stamp, it became a unique piece.

The first printing tests were in

and then he returned to Mainz.

What used to take a decade per copy, now - with

between 180 and 200 copies was made in Gothic letters

, thanks to the work of four presses that worked at the same time, six columnists and twelve pressers.

, named for the number of

in two columns that made up the 1,286 pages of the work, was bound in white pigskin and printed in two volumes.

One of the things that is known from the time when the printing of the sacred book was carried out, was the

of the project, a promise that the workers made after

told them, in an imperious way, not to tell about the presses anyone.

, of which only 21 would be complete.

Of 12 parchment copies, only four are complete and only one of them contains the New Testament.

The National Library does not have these old copies,

they are not available in Argentina

There is one in the New York Public Library, where it arrived in 1847. As a church, only the Vatican has two copies available;

one on parchment and one on paper, but both are incomplete.

To see one of the original copies, you

would have to travel to Germany

Or the United States, which has eleven.

Or the United Kingdom, which has eight.

Around here, there seems to be none.

If you also love the stories behind the books, you might want to know that Gutenberg's Printing House

is reconstructed in the Mainz museum

If you're ever out there, don't forget to visit.

The Argentines that the world will read

The ruthless ways to raise a young lady 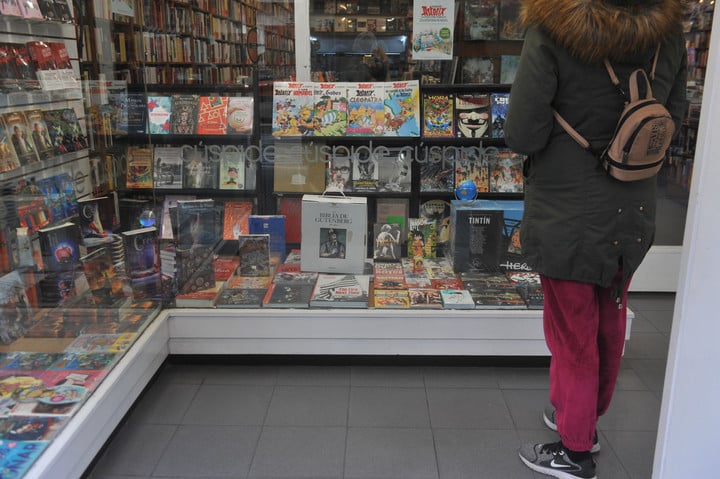 What does the exact copy of Gutenberg's Bible look like and how much does it cost? 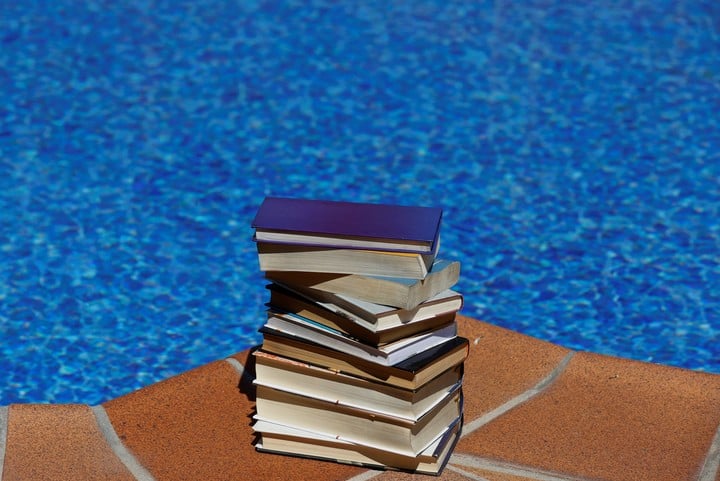 Do you accumulate books and do not read them? There is a word for that

This is how you will spend the summer in Israel for NIS 150 per person without "getting involved" - Walla! Tourism 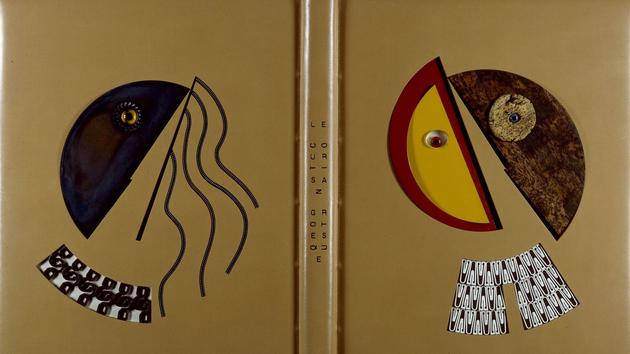 From being the first exporter of books in Spanish to a publishing industry in free fall: what happened in 50 years 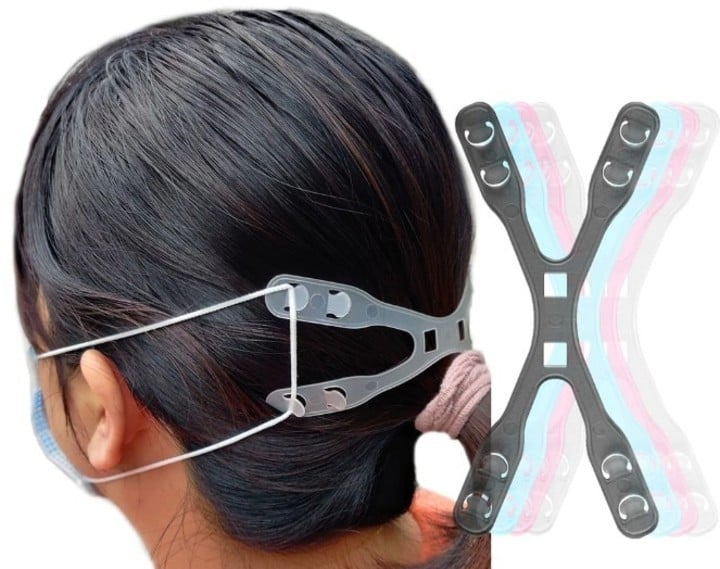 Three simple and cheap accessories to better support the chinstrap 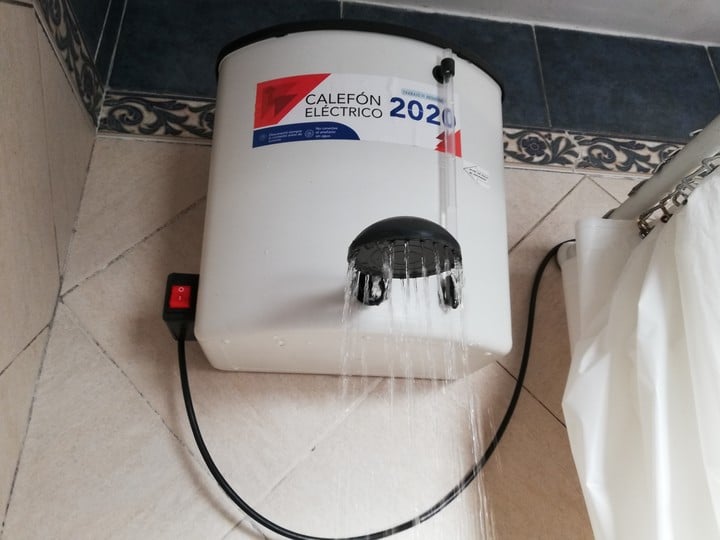 Gas cuts in buildings: how to put together a cheap electrical kit to withstand the winter This is where Wartenberg meets to read: Medienzentrum celebrates its 20th birthday