You can hardly keep up: the building yard clears up rubbish sows every day

Overflowing paper bins, leftovers from nightly celebrations next to the rubbish bins, pizza boxes in the middle of the meadow: Saubären are out and about in Bruck. The employees of the building yard can hardly keep up with the tidying up. And it keeps getting worse. 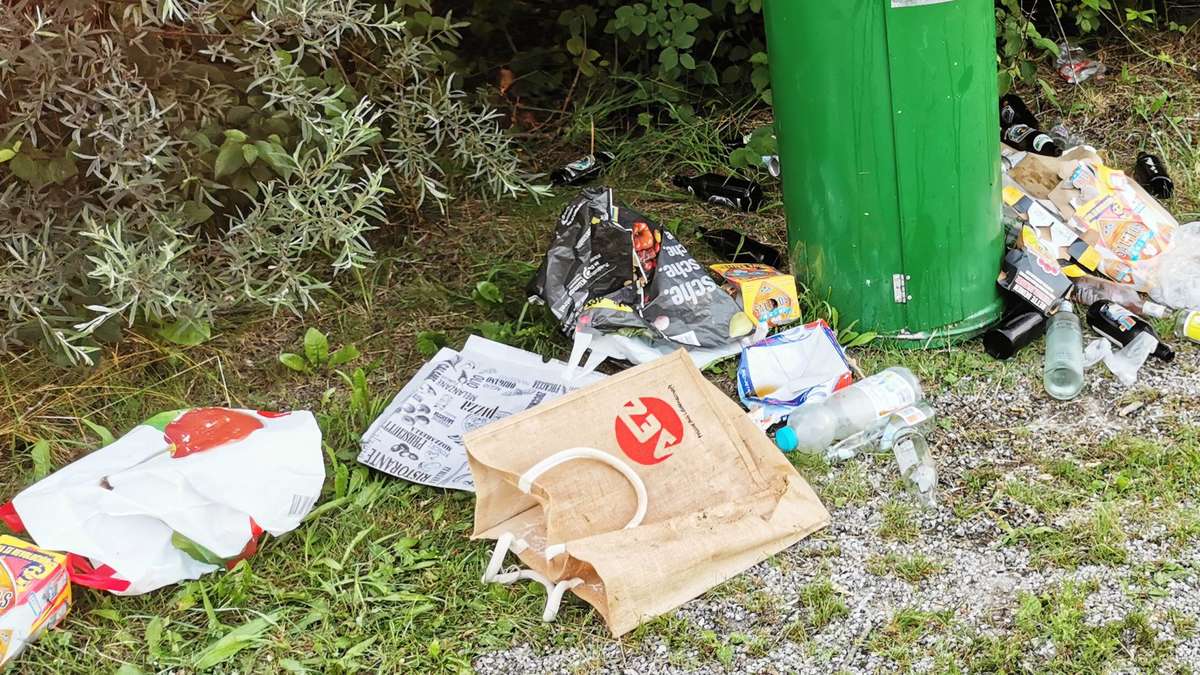 Overflowing paper bins, leftovers from nightly celebrations next to the rubbish bins, pizza boxes in the middle of the meadow: Saubären are out and about in Bruck.

The employees of the building yard can hardly keep up with the tidying up.

And it keeps getting worse.

It looks bad in some places

especially after the weekend. At the Pucher Meer quarry pond, the rubbish bins are overflowing or the rubbish is lying next to them - including deposit bottles. “Do you learn this kind of behavior at school,” asks a disgruntled Tagblatt reader. Leftovers from parties can also be found regularly on the Kneipp island. Recently someone on Konrad-Adenauer-Strasse simply threw cardboard boxes next to the overfilled waste paper container. And paper and other things are lying around everywhere on the parking decks at Bruck train station, which were carelessly thrown away.

Every day four men are now busy cleaning up all the rubbish so that the cityscape remains attractive.

But the mountains of rubbish are growing.

“It is celebrated and people leave everything behind,” Langenegger complains.

It is certainly the job of his team to keep the city of Fürstenfeldbruck clean.

“But we can't do it any more.” Meanwhile, a company is now working on the Pucher Meer.

The garbage disposal does not take what lies next to the container.

But why is it getting more and more? Laziness in cleaning up is one reason. Another is garbage cans that are too small, says Langenegger. Anything that no longer fits in at home is disposed of in public rubbish bins. And that is not emptied by the garbage collection of the district's own waste management company (AWB), but by the city's building yard staff, explains Stefan Mayer, head of the AWB. One solution to this misery would be larger garbage cans (see box).

Stefan Mayer also observes that there is more waste paper than before.

This is mainly due to packaging due to increased online trade.

This packaging can be disposed of in the waste paper bin.

But: The drivers of the waste management company only empty the containers on which the lid closes.

What is around it also stays where it is.

“Otherwise we wouldn't even manage the tours,” says Mayer.

The homeowner is then responsible for disposal - and if they don't do anything, ultimately the building yard staff.

The employees do their best, says Langenegger.

And he appeals to the common sense of the people to clean up after a party.

"If everyone would look, that would help."

What to do if the garbage can is not enough?

There is a clear system in the district when it comes to garbage disposal.

“Every citizen has the opportunity to dispose of bulky things properly.

For example, if a large cardboard box does not fit in the waste paper bin, it belongs in one of the small or large recycling centers in the district.

If the garbage can is too small, you can order a bigger one.

"That costs a little more, however," says Mayer.

For example, for a party that generates more rubbish once, you can buy a residual rubbish bag for two or four euros at the recycling center.

The garbage disposal takes it with it when it is next to the garbage can - but not other plastic bags or free rubbish bags.

Residual waste bins are also available at large recycling centers. In it you can dispose of things that do not belong in the bulky waste and that you do not want to take back with you - also in the chargeable garbage bag. imu

You can hardly keep up: the building yard clears up rubbish sows every day Stick it on, collect it, put it down: Ramadama with a difference Hardly any response: the initiative for a “clean Schongau” is now looking for street sponsors They are fighting for a nicer Kneipp island Too much rubbish: the building yard is now emptying the site 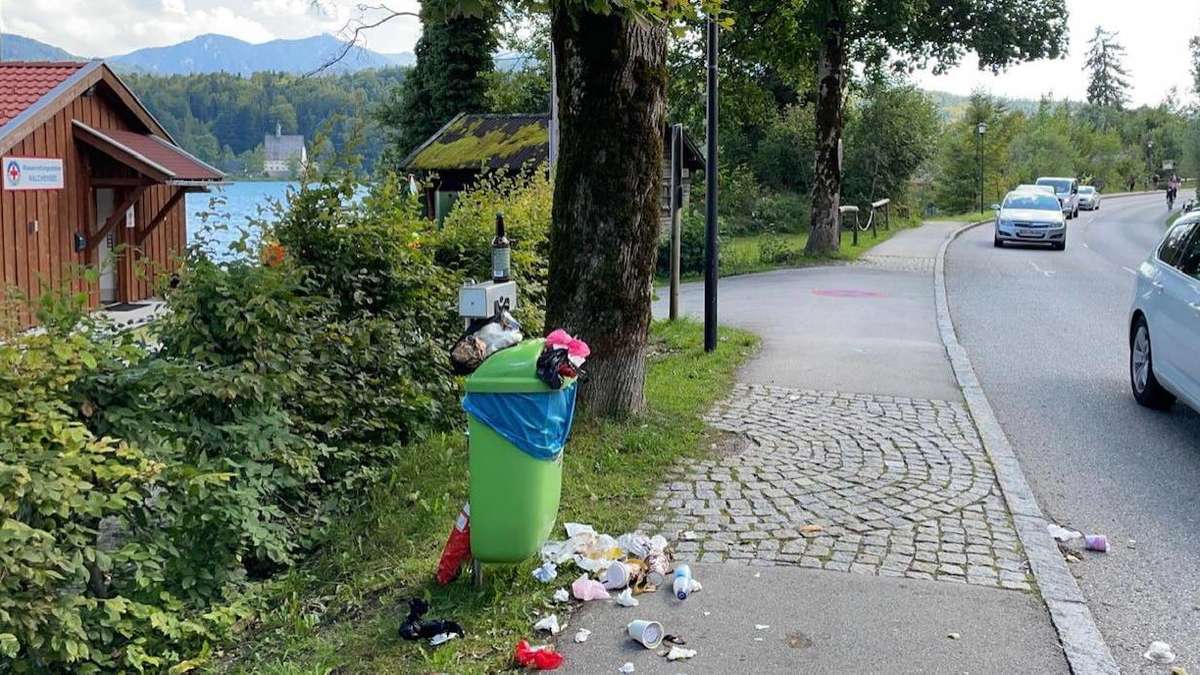 The fact remains: No more rubbish bins at Walchensee Traces of a long night of celebration