"I saw how they cooked your brother." This is how the kitchens work where the narco disappears his victims 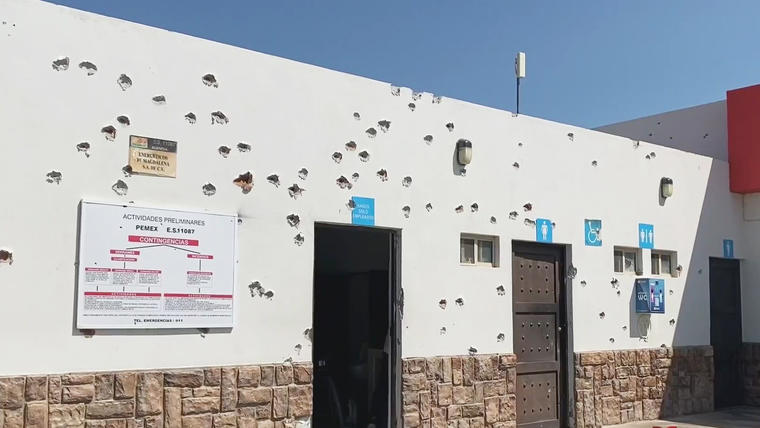 On one side it had a femur;

from the other, fragments of vertebrae and, when he turned to the ground, he saw a piece of tooth.

She was standing over a Los Zetas death camp.

"It was raining, the raindrops were running down our faces and we were slipping with the mud. Wherever you turned, you found human remains and ashes. We even found a wrist prosthesis that the fire could not undo," he recalls.

In this large drug kitchen in the municipality of Llera, in Tamaulipas, the murderers cut off their victims and put their remains in drums full of acid to dissolve them or set them on fire until only ashes remained.

[Eight bullets in a deserted street: journalists suffer criminal violence and harassment from authorities in Mexico]

Among the small fragments, she hopes to find her children.

José Arturo and Alexis were 20 and 16 years old respectively when they disappeared in August 2012 along with three other relatives in the limits of Tamaulipas and San Luis Potosí.

They were returning from the United States by road but never made it home, located in the latter Mexican state.

Arturo Domínguez searches the narco's "kitchens" for Alexis and José Arturo, their two sons who disappeared in Tamaulipas in 2012. News Telemundo Investiga

Three months after the disappearance of his children, Pérez rebuked the then president, Felipe Calderón, during a public ceremony in Tamuín, San Luis Potosí.

"Sorry to interrupt, my only desire is to find my family.

They were raised in Mante City.

Mr. President, we are living 100 years of loneliness as families "

She asked her for help locating them and, although Calderón offered assistance right there, she says she never received it.

After years of searching,

"It is not enough for them to kill them, they want to disappear them completely so that we will never find them as if nothing had happened, but we will give our lives to find them in hell itself if that is what it is about, how are these places", he explains.

Edith Pérez and Guadalupe Mendiola have traveled to different Zetas death camps in search of their relatives who disappeared in 2012 in Tamaulipas, Mexico.

The map of hell

Since 2010, the roads of Tamaulipas have turned into black holes where buses full of passengers, vans with entire families, tourists or people who one day left their home and never returned again disappeared.

The Zetas bloodied the state and, in addition to drug trafficking, they used kidnapping and terror to obtain millionaire profits.

Sometimes they asked for ransoms of hundreds of thousands of dollars, according to the relatives of the kidnapped.

In those years, the head of the Los Zetas plaza in Ciudad Mante was Ricardo N, alias

, sought as one of the priority objectives of the government of the then president, Enrique Peña Nieto.

When he was captured at the age of 29, in June 2014, he declared that in El Papalote Los Zetas had killed and cooked more than 50 people.

Noticias Telemundo Investiga had access to his judicial statement, where he describes the procedure that the criminal group followed to kill and make the remains of the hostages disappear when the relatives did not pay ransom:

“They burn them in a 200-liter drum, which they make holes in the sides and below, then they throw the body already butchered, they add diesel and they turn it on.

Diesel is only being added from time to time, this for approximately two hours until it remains in ashes to finally turn the drum over and empty the ashes.

Or, sometimes, earth is thrown so that the black spot is not seen ”.

From prison, where he is serving a 23-year sentence for organized crime, he drew a sketch with precise indications to locate the kitchens.

This is how Edith Pérez came to El Papalote.

Sketch drawn by "El Ricky", leader of the Zetas in Tamaulipas, where he indicates the location of two kitchens that they used to dispose of bodies.Noticias Telemundo Investiga

"The first time we came, while we were going up, I was imagining how they could have brought them here, if by blows, shoves, blindfolded, handcuffed, maybe barefoot or naked," she says.

On that first visit they found bone fragments, drums with a strong diesel smell, empty beer cans, and glasses of yogurt and jam.

According to informants who help Edith Pérez's group, the hit men drank yogurt to remove the bitter taste of the drug they were consuming before killing the hostages.

"I saw how they cooked your brother"

His brother, Daniel Mendiola, 39, was kidnapped in November 2012 along with Gerardo Uribe, 30, in Ciudad Mante, Tamaulipas, by an armed Los Zetas commando who beat them and took them away.

“There were ten daily kidnappings or disappearances.

We had to make it a kidnapping, but there was everything: extortions, murders and executions of drug traffickers, ”says Guadalupe Mendiola.

Since 2012, Guadalupe has been searching for Daniel Mendiola, her brother kidnapped by the Zetas in Ciudad Mante, Tamaulipas. News Telemundo Investiga

Daniel was single, a fan of Cruz Azul and the family's darling because he was the youngest son, says his sister, who has been looking for him for nine years.

The criminals asked for $ 125,000 in exchange for his release

The family only managed to raise $ 25,000 and deliver it along with the bill for the truck he was taken in, which was owned by Daniel.

They didn't hear from him again until

confessed that Daniel had been cooked at El Papalote.

After his arrest in 2014, the criminal agreed to speak with some relatives of the disappeared, including his sister, at the headquarters of the Attorney General's Office in Tampico.

Seven years later, he remembers it word for word:

For Guadalupe, this was proof that, although

might not have cooked his brother, he had given the order to do so or had cooked others: “Leaving no trace was precisely cooking them and some admit it without remorse. .

So much so that they even had a cook, that is, he was the person who cut them and put them in the acid or burned them ”, he says.

, mothers, fathers, wives and sisters like her began their search for the kitchens.

They found them in the highest parts of the sierra

, in places where the trees are so tall that they hide what is happening on the ground.

Aerial view of "El Papalote", one of the drug kitchens used by the Zetas, located in the municipality of Llera, Tamaulipas.Noticias Telemundo Investiga

“They are death camps that these thugs establish in places far removed from the towns.

Nobody is going to hear the screams of the people when they are torturing and killing them and, if they do, nobody dares to go up ”, affirms the woman.

In 2020, at kilometer 10 of the highway from Ciudad Mante to Tampico, they discovered a kitchen that they named Las Marraneras because the small fragments of human bones they found had been chewed by pigs.

The forensic anthropologist accompanying the group analyzed the feces of the animals and confirmed the finding.

[Violence in Mexico does not give truce: homicides continue despite the pandemic]

“They dismembered them and the pieces were thrown at the pigs or crocodiles in a river very close to the place.

That's what they reduce our relatives to, to food for pigs.

It is a horror to imagine that, ”says Guadalupe Mendiola.

Members of "Voice and Dignity for Ours" are looking for some calcined bone remains that could be from one of their relatives.

José Reveles, a specialist in Mexican criminal cartels, believes that reducing a person to ashes or tiny fragments constitutes a double disappearance: “First they are kidnapped and their family members stop knowing about them.

That is the first disappearance.

Afterwards, the disappeared are completely disappeared so as not to leave any of them in those extermination centers ”.

The practice of cooking them was used mainly by Los Zetas during the past decade in states such as Tamaulipas, Nuevo León and Coahuila, and even today several criminal groups continue to exercise it.

"It could be the case of some of the 43 normalistas from Ayotzinapa who, supposedly, they burned to make them disappear," says Reveles.

More than 150 kilograms of human bone fragments have been found in "El Papalote," the drug kitchen used by the Zetas. News Telemundo Investiga

The kitchens ignored by the Government of Mexico

Voice and Dignity for Ours has identified and toured 20 killing centers or kitchens in southern Tamaulipas and another 18 in San Luis Potosí, neighboring states where the Zetas operated in the past decade.

The calcined bone remains that are found are taken to be analyzed by the prosecution of each state to extract the DNA and compare it with the relatives who are looking for them.

, sometimes they cannot extract the DNA because the remains were burned at very high temperatures

for a long time.

In southern Tamaulipas alone, 21 death camps or drug kitchens of the Zetas have been located. "Voice and Dignity for Ours"

Other groups of the disappeared have documented in Nuevo León seven extermination centers that were also used by Los Zetas, where they have found more than 867,000 kilos of human remains.

Despite the findings, the Government does not have an official record of those places and only records graves or clandestine burials.

It does not differentiate between death camps, kitchens or clandestine graves and only counts the places where complete bodies are found.

Noticias Telemundo Investiga requested interviews and sent a questionnaire to the National Search Commission to find out if they have registered the kitchens found by the search groups, but there was no response.

In the state of San Luis Potosí, adjacent to Tamaulipas, 18 extermination centers or drug kitchens with bone remains have been located. "Voice and Dignity for Ours"

In Mexico there are 89,488 missing persons

Of these, 49,581 have disappeared during the presidency of Andrés Manuel López Obrador.

In this same period, 1,749 clandestine graves have been located and 3,025 bodies have been exhumed, but the calcined skeletal remains do not count and there are thousands, denounces Voice and Dignity for Ours.

“There are more kitchens than clandestine graves, but governments are more interested in counting human bodies than kilos of bones.

In the kitchens there may be ashes of one or hundreds of murdered people, ”says Edith Pérez.

For them, seeker mothers, a bone fragment, the least it is, might be the only thing they have left of their children.

"I saw how they cooked your brother." This is how the kitchens work where the narco disappears his victims 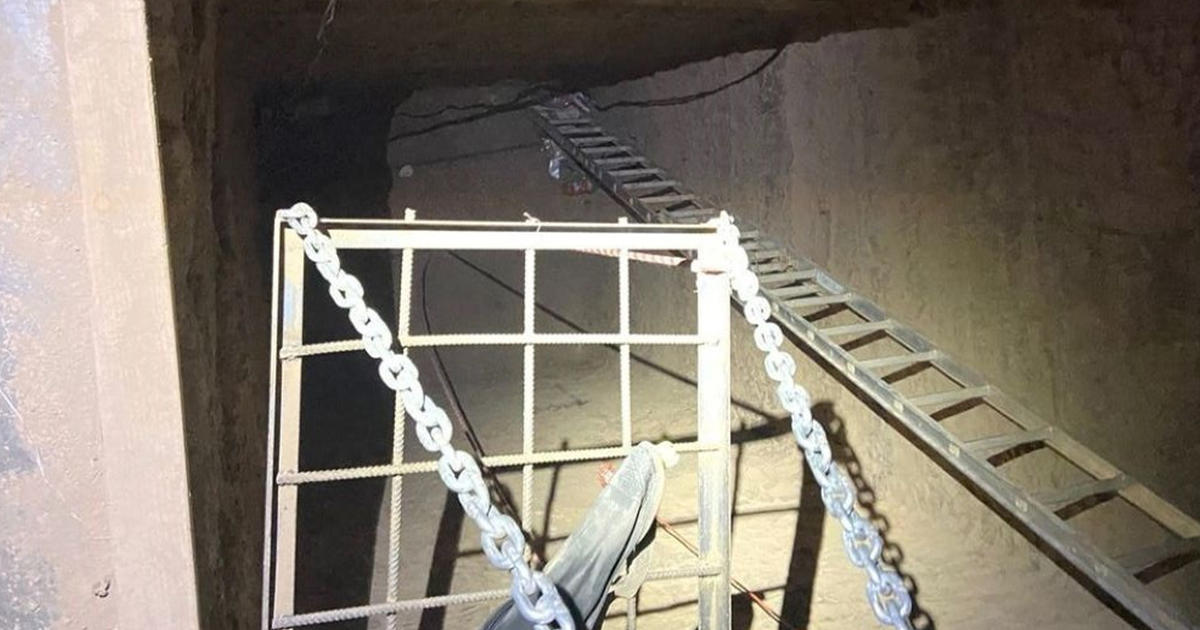 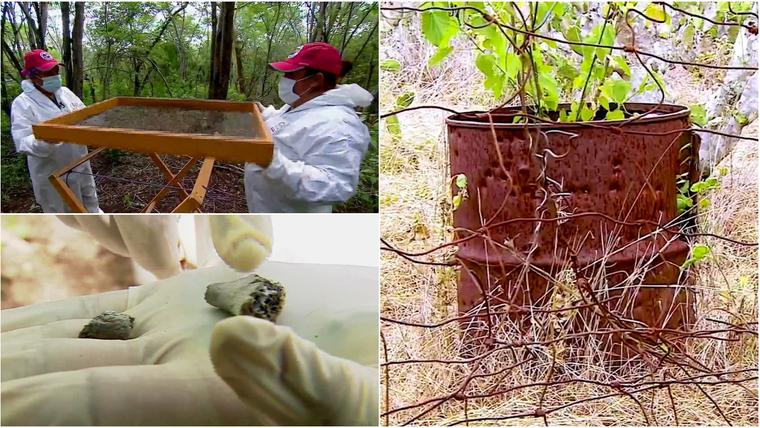 The chilling story of a survivor: Los Zetas dismembered and dissolved their relatives in acid 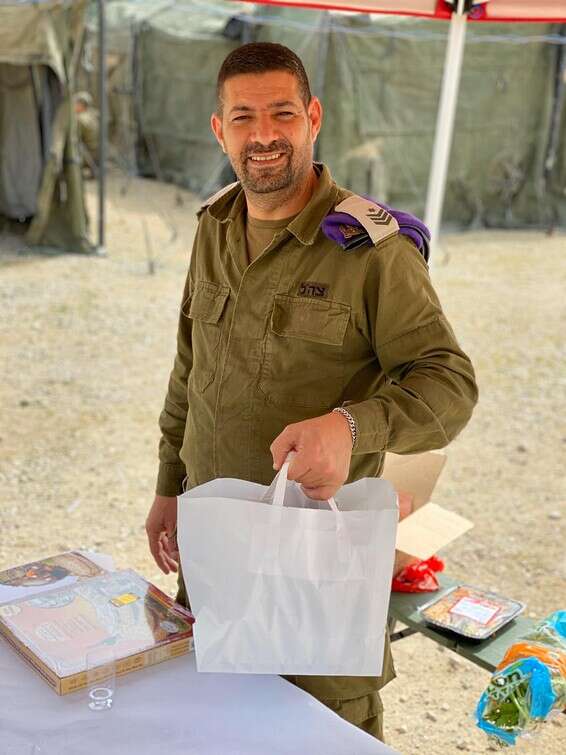 We have not seen such a thing: the IDF has launched an app for ordering food | Israel Today 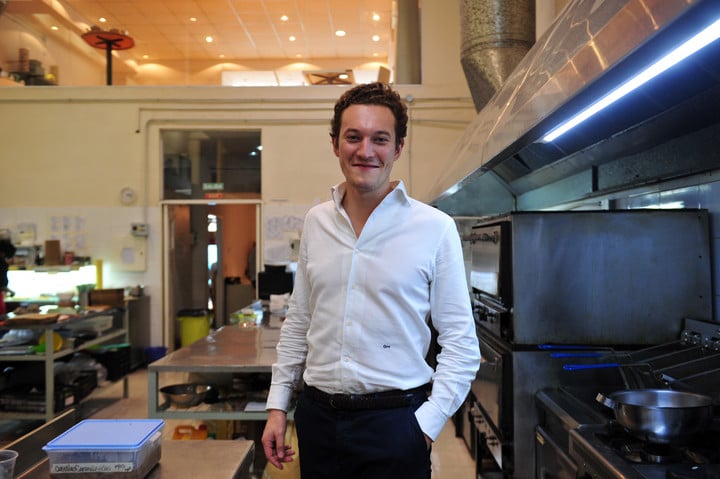 The phenomenon of dark kitchens: how are the ghost kitchens that drive the delivery business

"I was always told 'be strong for the parents'. Where am I in the story?" - Walla! news 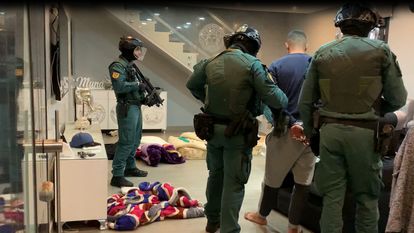 Armchairs with ostrich legs and dungeon rooms: this is what drug traffickers' houses are like in Cádiz