Now Armin Laschet also has his plagiarism case - and the Union's candidate for chancellor has to apologize again. Is he perhaps now changing his wait-and-see, passive course? 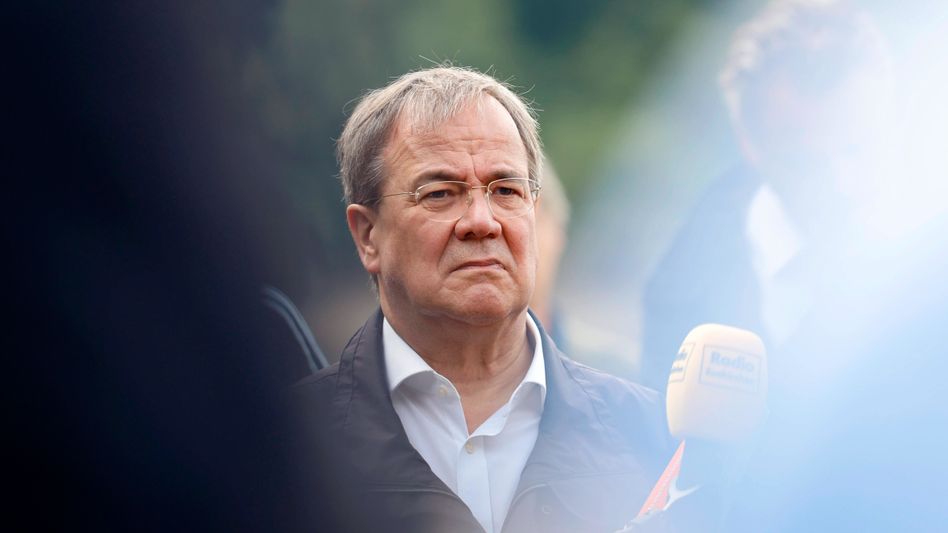 Chancellor candidate Laschet: "Also a question of respect for other authors"

Once again, it must be said.

Just two weeks ago he had to publicly ask for forgiveness.

His giggles during a speech by Federal President Frank-Walter Steinmeier in the disaster area still linger on him today.

This time it's about a book.

The title is "The Newly Rising Republic".

The current CDU leader published it in 2009.

At that time Laschet was Minister of Integration in North Rhine-Westphalia.

That was twelve years ago.

The book is long out of print.

But now it could become an important factor in an election campaign that is already largely decoupled from the political issues of this time.

Because now it is clear: Laschet copied the book, at least once.

The author and consultant Karsten Weitzenegger made the plagiarism public late on Thursday evening.

Laschet has apparently taken over large parts of a passage about labor migration from one of Weitzenegger's texts - without citing the source.

Just a few hours later, the CDU boss spoke up.

On Friday, shortly before 11 a.m., the dpa news agency published his admission.

Laschet is quoted as saying that he would “expressly apologize” for the errors in the book.

"Because for me, careful work when writing works and respecting copyright are also a question of respecting other authors." He is now having the book checked, says Laschet - for further errors.

Baerbock as a warning

It's the next breakdown in Laschet's election campaign, and perhaps the most serious.

Not because a few sentences copied together would be the greatest possible moral offense.

But such sloppiness can be enough that people doubt the integrity of candidates - their suitability for the most important post in the republic: the Chancellery.

Especially since Laschet had to justify himself for sloppiness in the past: As a lecturer at RWTH Aachen University, he once distributed grades to students even though he had lost their exams.

He did not tax the fee for his book from 2009 as income - but deducted the amount from tax as a donation.

Laschet was able to observe from the competition for weeks what might now flourish: Greens boss Annalena Baerbock had copied on a larger scale for her recently published campaign book.

The plagiarism affair of their top candidate made a decisive contribution to the fact that the eco party fell from their meanwhile polls high.

Incidentally, with the active help of some Union politicians, who gleefully let out on Baerbock's mistakes.

The CDU chairman wrote his book in a completely different role many years ago.

Baerbock, on the other hand, wanted to shine with her book in the current election campaign.

In addition, Laschet is aware of significantly less text plagiarism than its competitor.

At least so far.

And: While the Greens initially made everything worse after the initial allegations against Baerbock with wild ranting tirades, Laschet immediately gives himself up to be purified.

Still, the damage is there.

Once again, Laschet provided his opponents with an assist.

"I'm curious to see what will happen to Laschet after his apology," scoffs SPD General Secretary Lars Klingbeil.

And Carsten Schneider, First Parliamentary Managing Director of the SPD parliamentary group, sucks that Laschet "unfortunately has nothing to offer" for the debate on future issues.

He shouldn't be surprised if people only talk about his book.

Wonder point of the campaign

So far, this has been based on the strategy of sailing to the finish as inconspicuously as possible while the fellow campaigners wear themselves out.

In any case, Laschet has so far not attracted any attention with major substantive initiatives.

Not even after the flood disaster.

While the Greens are now reacting to this with a publicly effective one-hundred-day immediate program on climate policy, Laschet fended off Rufe after a course correction: "Because this is such a day, you don't change politics," is a sentence that earned him a lot of criticism .

Laschet's passivity in the election campaign is also causing displeasure in his own ranks - especially among those in the Union who have always been against his candidacy anyway.

Especially now that the CDU and CSU have fallen below the 30 percent mark again in most of the surveys.

The fear of a failure in the federal election is growing.

Laschet's strategy of ducking away does not work, it is said, when he makes mistakes himself and suffers from poor popularity ratings.

A substantive offensive is now needed.

Someone who rarely agrees with Laschet anyway makes no secret of his frustration.

Bavaria's Prime Minister Markus Söder, who had lost the struggle for the candidacy for chancellor against Laschet, told SPIEGEL before the plagiarism allegations became known: "We will have to talk more about content again in the future."

Then came a rather poisonous sentence: "Armin Laschet is a very good candidate for Chancellor, but who, as Prime Minister of North Rhine-Westphalia, is currently primarily concerned with coping with the flood disaster." That means that Laschet does not come up enough on other issues.

At the weekend, Laschet apparently wants to try to change something.

The North Rhine-Westphalian Prime Minister flies to Poland and takes part in the celebrations to commemorate the victims of the Warsaw Uprising in the capital.

And they offer the chance to leave the anger at home behind for a moment.

Laschet can certainly use both of these at the moment. 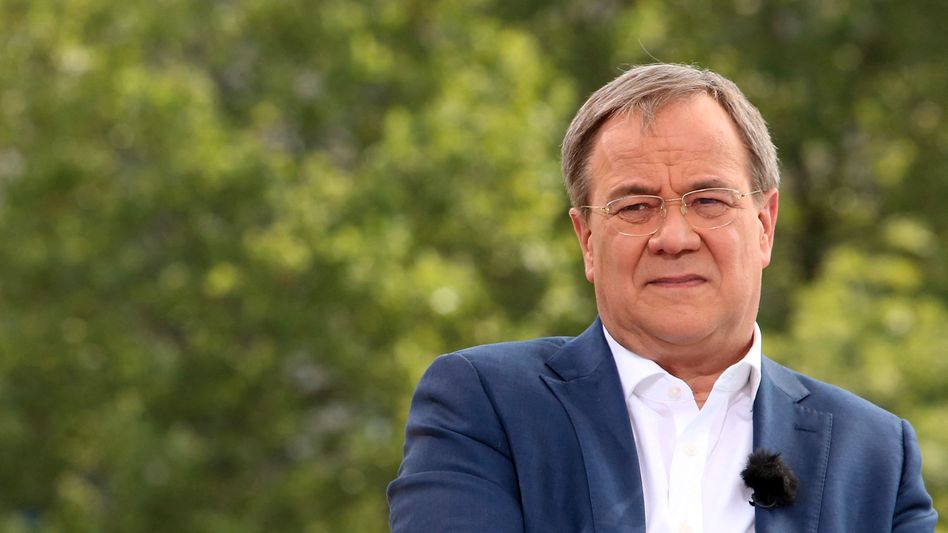 Laschet also wrote: CDU candidate for chancellor admits mistakes in his own book Laschet's race against the traffic lights: Scholz ahead in surveys

Armin Laschet has written off: CDU boss reacts to allegations of plagiarism 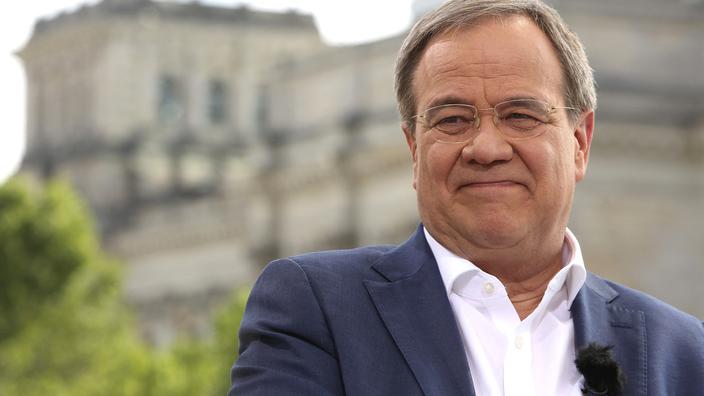 Accused of plagiarism, the favorite to the succession of Merkel admits to having made "mistakes" in his book 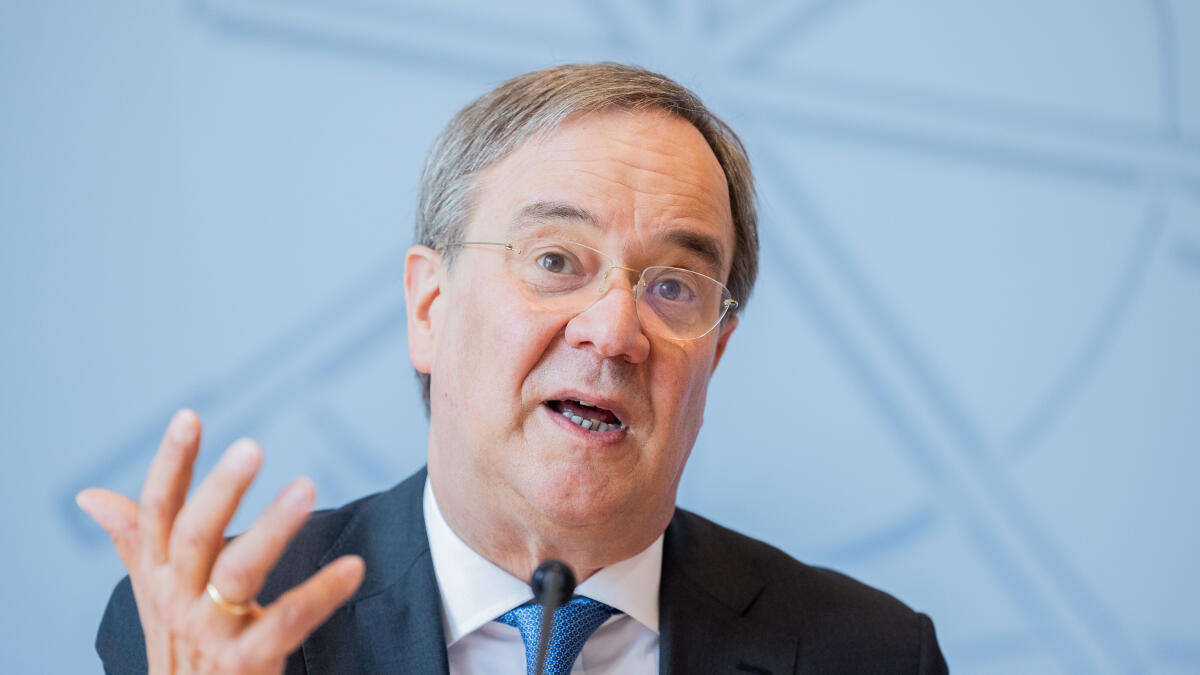 Air for CDU is getting thinner: Laschet after AfD scandal and Maaßen attack in the criticism - Lauterbach railed